I was about to publish the blog Tuesday night when Kelly said the sky looked really dark to the west.  A quick check of our live weather radar site showed a severe-looking storm cell right on our doorstep.  Grabbed a camera, fired up the Jeep, and quickly headed into Bayfield's Pioneer Park hoping to get a few storm cloud pics as it came in across the late.  I was too late and the storm front had already made landfall heading inland.  I quickly reversed direction, retraced my wet tire tracks past our forested Park, and cleared the trees out into the open just east of our Park.  I caught the tail end of the storm quickly heading further inland.  Twenty minutes later I was home again. 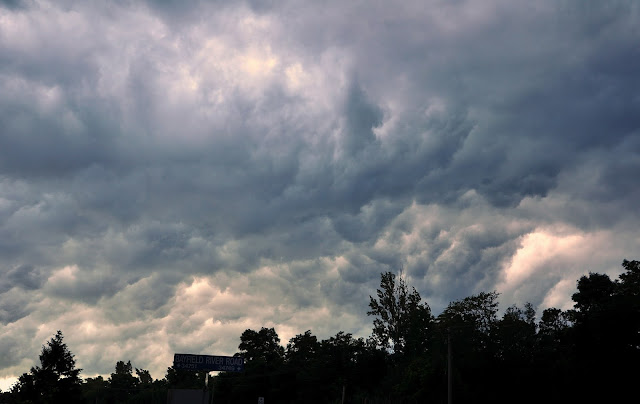 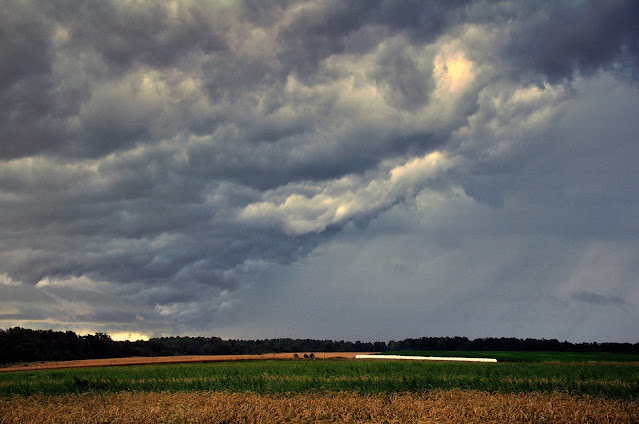 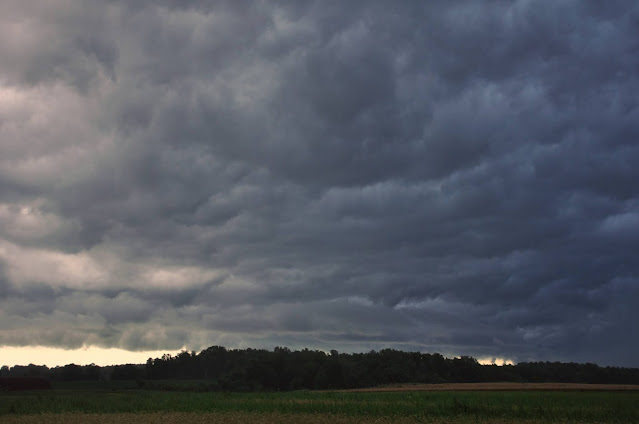 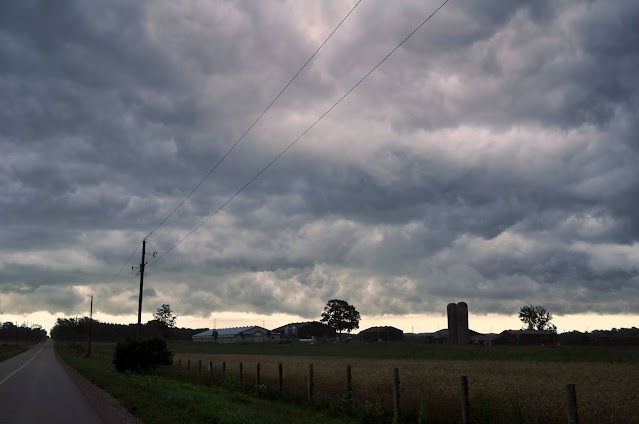 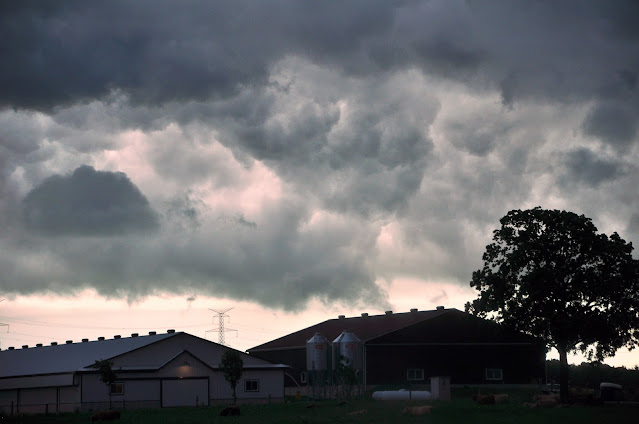 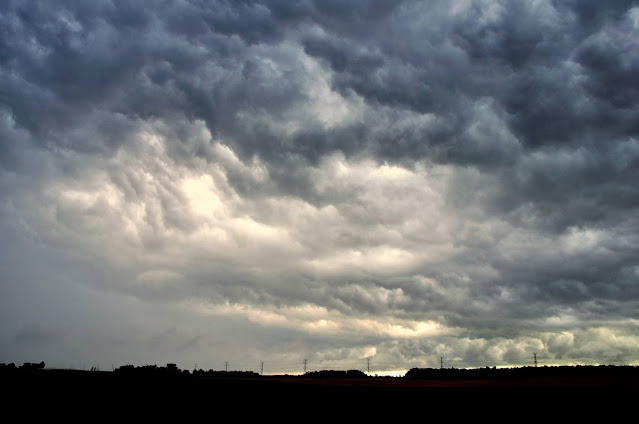 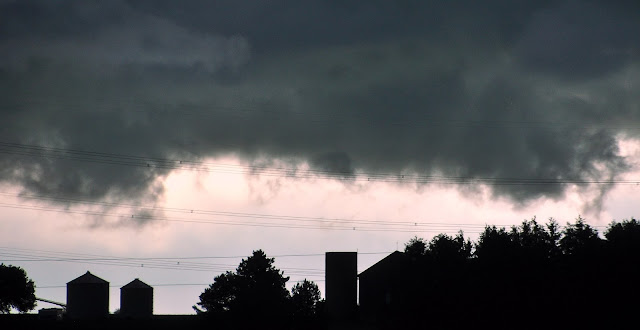 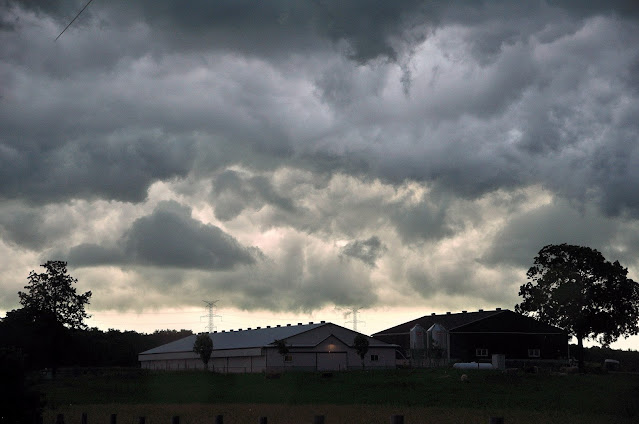 Edited the storm cloud pics and was about to put them in my post when we had a deluge of rain with sunshine breaking through it.  I immediately knew one thing....rain plus sunshine at the same time equals 'rainbow'.  Back out the door and into the Jeep again I zipped out east of the Park where I had just taken the storm cloud photos half an hour earlier, and there it was in the northeast, a rainbow arcing over the road and coming down in the southwest.  I couldn't get the whole rainbow in one shot but did get both sides.  In the northeast, there was also a second rainbow but not nearly as bright as the main rainbow. 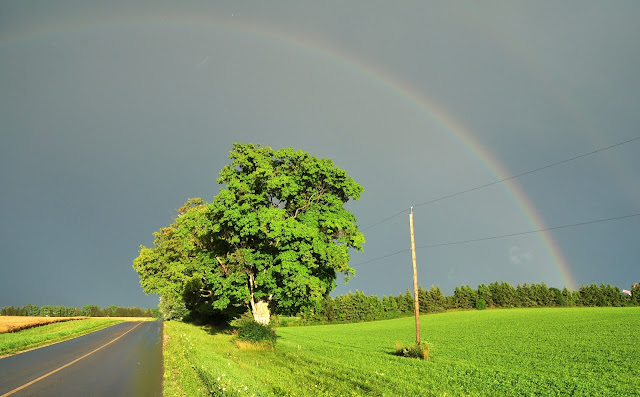 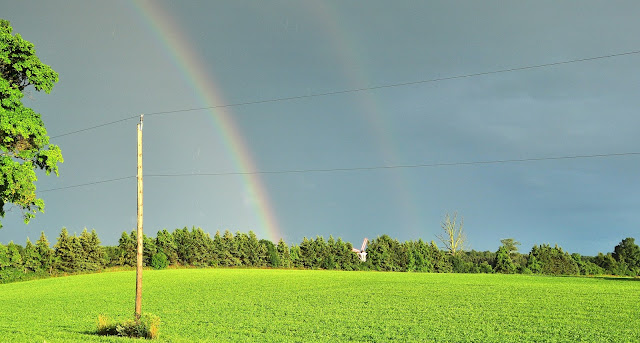 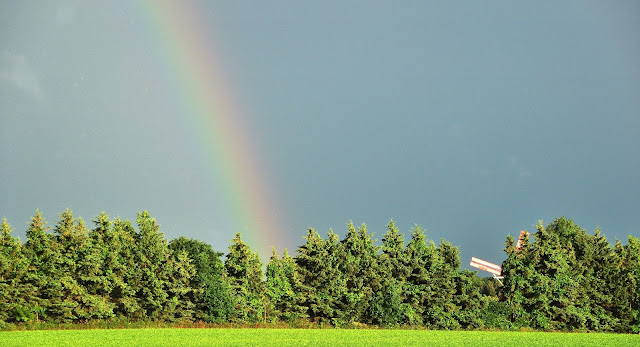 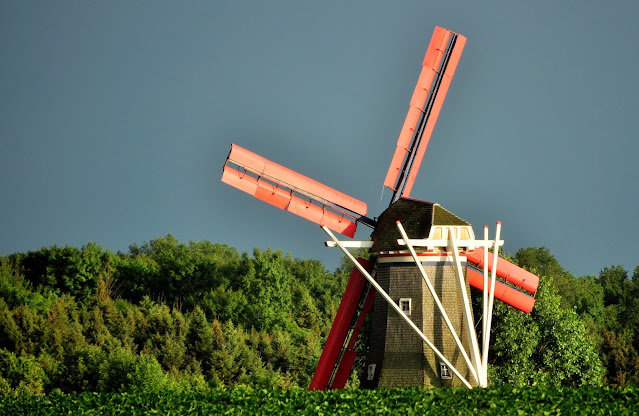 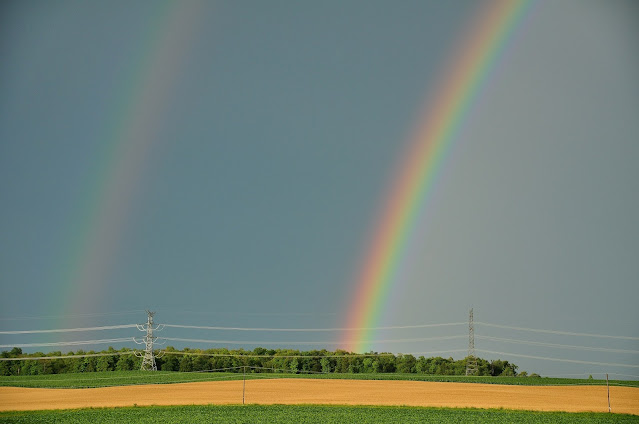 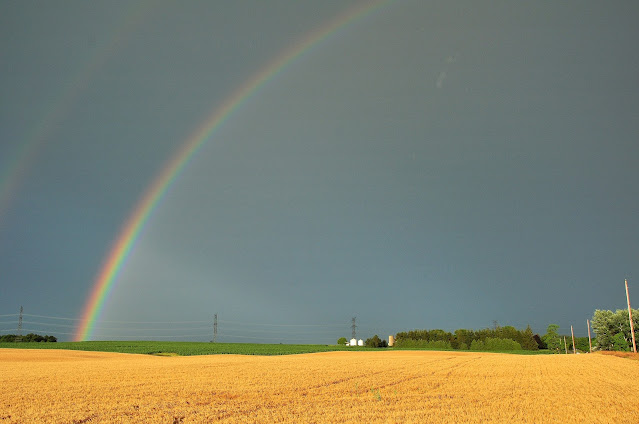 We had a lightning strike earlier near us and it took out a transformer or something on the same pole that was hit a little over a year ago.  At that time I think the whole Park was out of power but this time some of us had power and some of us didn't.  We were on the fortunate side of that one this time. 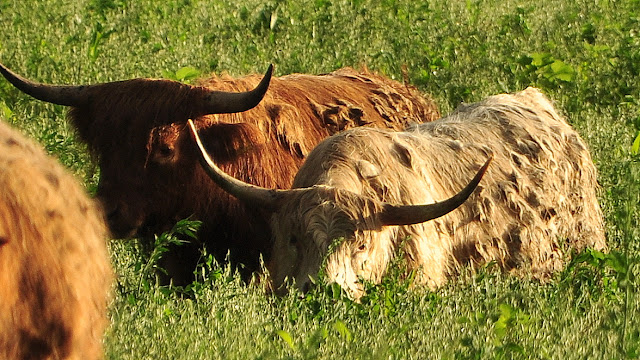 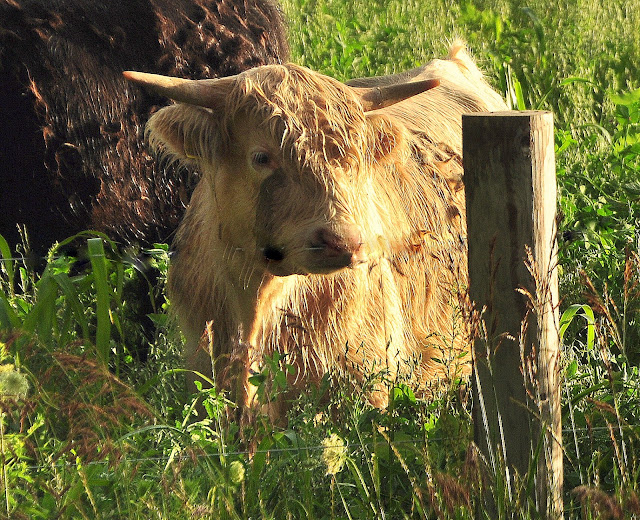 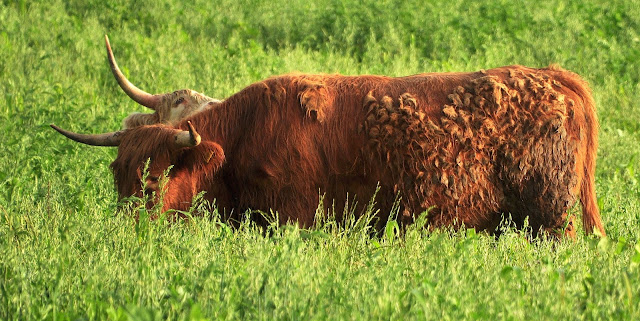 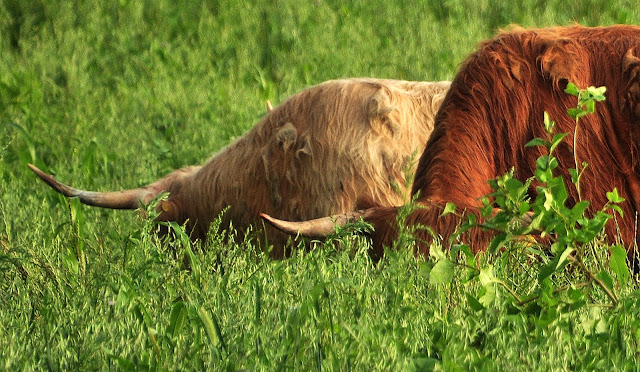 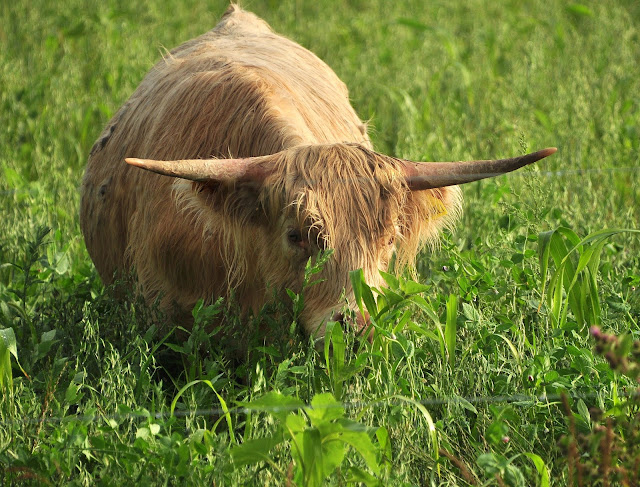 This morning Pheebs and I did our Jeep ride southeast of Bayfield under cloudy skies and much cooler temps.  Tuesday night's storm not only brought rain but it ushered in cooler air as well.  By late morning skies cleared and the heat and humidity began to build.  I did manage to do some shrub and tree trimming before having to retreat into our much cooler house. 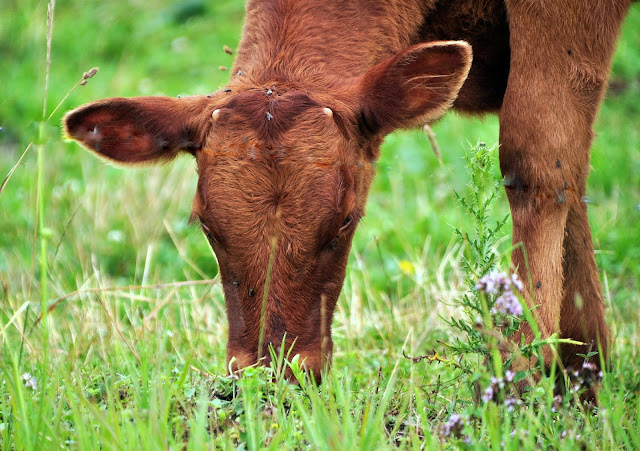 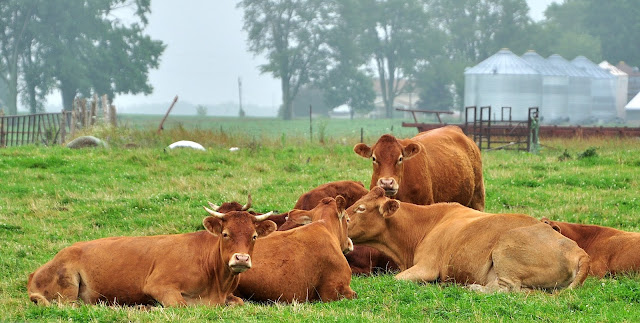 I wonder how many folks remember this skit from the Johnny Carson show many years ago.  It's Tim Conway at his usual best and he plays a character called Dunk Dorf. 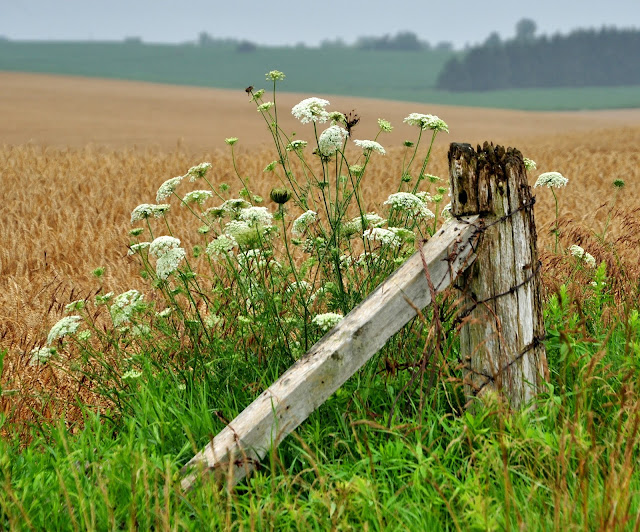 GROANER'S CORNER: When my printer's type began to grow faint, I called a local repair shop where a friendly man informed me that the printer probably needed only to be cleaned. Because the store charged $50 for such cleanings, he told me, I might be better off reading the printer's manual and trying the job myself.  Pleasantly surprised by his candor, I asked, “Does your boss know that you discourage business?”  “Actually it's my boss's idea,” the employee replied sheepishly. “We usually make more money on repairs if we let people try to fix things themselves first.”

What did the judge say to the dentist?  "Pull my tooth, the whole tooth, and nothing but the tooth."

A schoolteacher asked her primary six class to construct sentences with the words: defeat, detail, defense.  There was a pause before a pupil raised his hand and said he could make a sentence with them... "The cow jumped over defense and detail came after defeat." 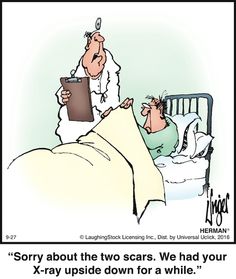 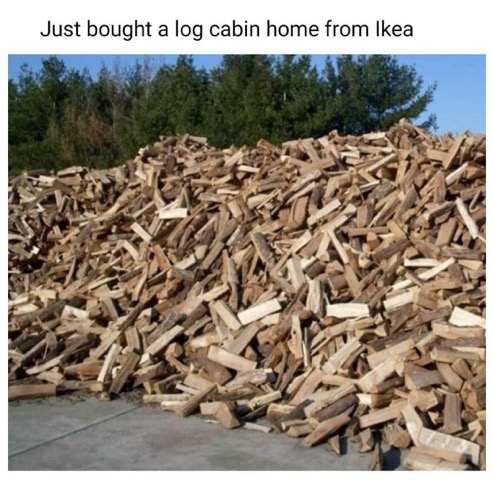