I HAVE PROBABLY ALREADY SAID ENOUGH 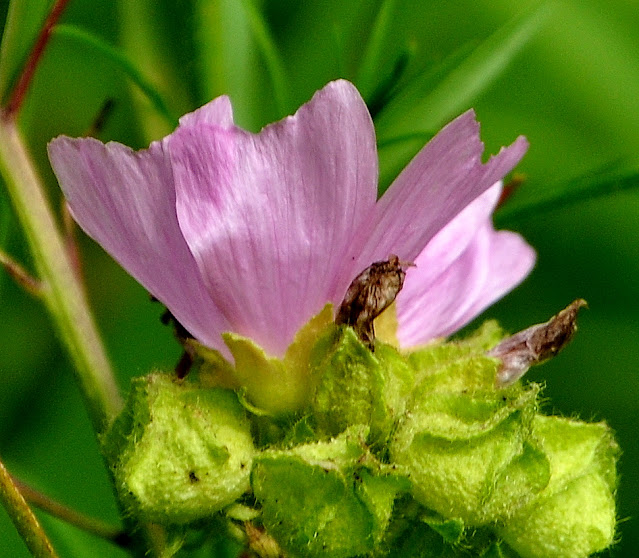 Rains came in the night and stayed all morning.  With those rains finally came cooler temperatures.  For Pheebs and I, it was up to Goderich and back with a stop at Walmart's Pharmacy.Still taking a short break from my UFO/Extraterrestrial books I just finished another book from an era I have always had great respect for and a special interest in.  It is the era I was born in (1944) and spans the years of the second world war and all the way through the 1950s.  My earlier memories begin somewhere in the late 40's and I am one of the dwindling fortunate ones who spent my childhood years growing up through the 50s before everything changed.  I've always had a big interest in military things so I have read a lot of history from that era and I have especially enjoyed the stories of the young men and women who lived through those turbulent war years.  I enjoy following their lives from young children to teens and young adults and then into the military life of the Army, Navy, or Air Force.  Their stories through the war years fascinate me as I read how they endured and coped with the horrors of war and difficulties of that time.   The book I just finished (The First Hellcat Ace) tells the story of a young fighter pilot serving in the south pacific.  It's not only a story of this man's time in the cockpit of a Grumman F6F Hellcat trying to stay alive in the violently unfriendly skies over the blue waters of the South Pacific ocean, but of the times that brought him there and all the many other things he had to cope with in his young life.  As always, with books from this era, it is a look back into an entirely different way of life and times than we know now.  It was an age where chivalry, pride in one's country, common sense, truth, trust, and decency, and moral standards, were still very much alive and well.  To give you an example of what I mean I have typed out a short excerpt from the book.  A young U.S. Air Force pilot newly married is transferred from an Air Force base in Melbourne Florida to a base San Diego California.  In a recently purchased used 1941 Dodge sedan the pilot and his new wife decide to drive across America to his next posting.  Along the way they run into car trouble and the following excerpt is an example of that different way of life fewer and fewer people nowadays are able to remember.  It was June 7th, 1944 (I was born exactly 6 months later to the day) when 23-year-old Hamilton McWhorter (Mac) and his young bride Louise headed west on U.S. 80.  In Mac's own words....."This was before the days of the interstate highway system, and U.S. 80 was a curving two-lane asphalt road that pretty much followed the contour of the land.  Everything went well for the first couple of days.  There was no problem getting gasoline since all the little towns had gas stations.  On the third day out from Athens, we were somewhere near the Louisiana-Texas border when the engine began making a loud rattling noise.  I pulled the car over to the side of the road and opened the hood to look at the engine.  From what I could see, there was nothing obviously wrong.  While Louise and I stood there wondering what to do, the first motorist that came along stopped to offer help.  I guess he saw me standing there in my uniform.  After taking a look at the engine. he offered to drive me into the next town--only two or three miles away.  I shudder now when I remember that I left Louise alone with the car.  But that was a different era, and at the time neither one of us thought anything of it.  The other driver dropped me off at a small garage.  When I explained my problem to the mechanic working there, he stopped what he was doing and piled me into his tow truck.  Within an hour we were back at the Dodge.  Louise reported that two or three other motorists had stopped to offer help while I was gone.  The mechanic put us all into the cab of his truck and towed our car back to his garage, where he set to work on it right away.  He found a valve had failed and punched a hole into one of the pistons.  He wasn't able to find a ready replacement part, so he tore down another engine that he had in the garage in order to get the parts he needed to fix our engine.  It was getting late, and he told us to go to a nearby motel and come back the next morning, a Sunday.  He promised us the car would be repaired.  He was as good as his word.  When we showed up the next morning, the car was ready and in good running condition.  The bill he presented me was ridiculously low--even for that time and place.  After thanking him profusely. Louise and I continued west on to California." 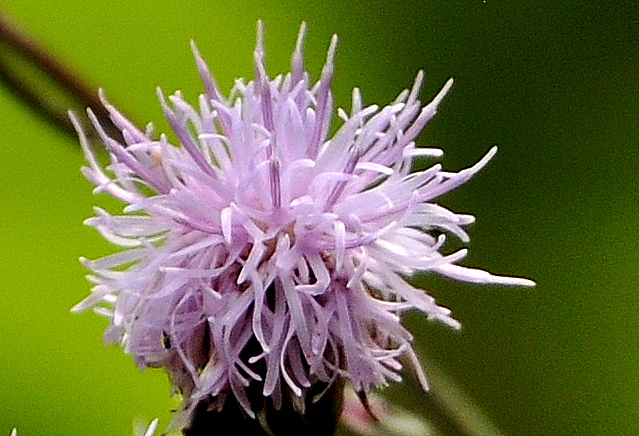 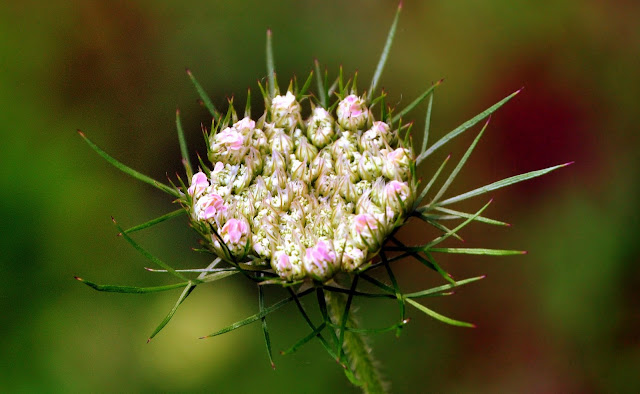 Yes, it was a different world back then compared to now.  And yes, many material things are much better today but with the slip of each generation since those days much has been lost by the very way we human beings conduct ourselves now.  With the way things currently are with all the fighting and bickering around the world and especially between ourselves right here on the North American continent, I think we have lost the level of chivalry, pride in one's country, common sense, truth, trust, decency, and moral standards of a bygone era.  Much more I could say about all this of course but I have probably already said enough................. 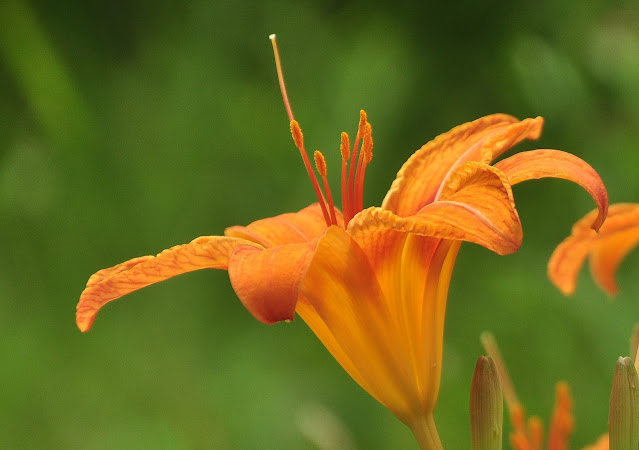 Bottle feeding: An opportunity for Daddy to get up at 2 am too.

Defense: What you'd better have around de yard if you're going to let the children play outside.Drooling: How teething babies wash their chins.Dumbwaiter: One who asks if the kids would care to order dessert.Family planning: The art of spacing your children the proper distance apart to keep you on the edge of financial disaster
Feedback: The inevitable result when the baby doesn't appreciate the strained carrots.Full name: What you call your child when you're mad at him.Grandparents: The people who think your children are wonderful even though they're sure you're not raising them right.Hearsay: What toddlers do when anyone mutters a dirty word.Impregnable: A woman whose memory of labor is still vivid.Independent: How we want our children to be as long as they do everything we say.Look out: What it's too late for your child to do by the time you scream it.Prenatal: When your life was still somewhat your own.Prepared childbirth: A contradiction in terms.Puddle: A small body of water that draws other small bodies wearing dry shoes into it.Show off: A child who is more talented than yours.Sterilize: What you do to your first baby's pacifier by boiling it and to your last baby's pacifier by blowing on it.Storeroom: The distance required between the supermarket aisles so that children in shopping carts can't quite reach anything.Temper tantrums: What you should keep to a minimum so as to not upset the children.Top bunk: Where you should never put a child wearing Superman jammies.Two-minute warning: When the baby's face turns red and she begins to make those familiar grunting noises.Verbal: Able to whine in wordsWhodunit: None of the kids that live in your house.Whoops: An exclamation that translates roughly into 'get a sponge.'
======================== 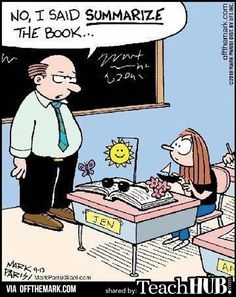 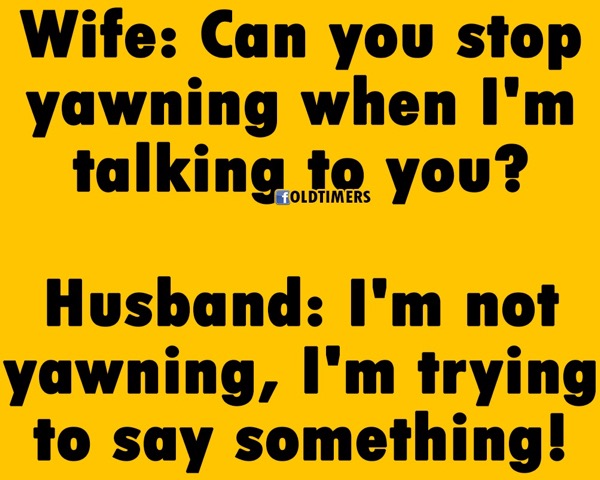