Kelly rolled in the driveway this afternoon at 1:15 and we're sure glad she's home.  A couple big hugs were in order and a super happy Pheebs was dancing around like a  furry little Mexican jumping bean.  The Bayfield Bunch is back together again at last:))  She didn't have any problem at the border and they gave her a Covid kit to be completed and mailed in within 72 hours.  Traffic was fine with the exception of the Hamilton area where of course it's always rush hour.  Her car was packed full and it might take us a couple weeks to get everything unloaded.  So nice to have her home.  She decided to do her online Covid test right away so when she logged into the site she had a 2-hour wait because there were 578 people ahead of her.  When it was her turn she had to do the nose test in front of her computer screen's camera with someone at the other end watching and instructing her through the procedure.  That test package will be picked up by Purolator Monday and Kelly will be emailed the results.  She just had a Covid test a few days ago in Spencerport NY to get her across the U.S. border but Canada requires its own Covid test so she had to do the stick up the nose thing all over again today.  She said they use shorter sticks in the States.   Saturday's hot humid day led to a beautiful Saturday night with a warm breeze blowing the stars around.  Pheebs and I first slipped out the door about 8:15 and took ourselves for a drive into Bayfield.  Being a clear weekend night there were a lot of people gathering to watch the sunset.  It's a tradition here and I estimated 40 or 50 people already at Bayfield's Pioneer Park high atop the bluffs overlooking beautiful Lake Huron.  A cruise down the main street, around a few residential streets, and we were home again shortly after nine.  But, our night wasn't over yet. 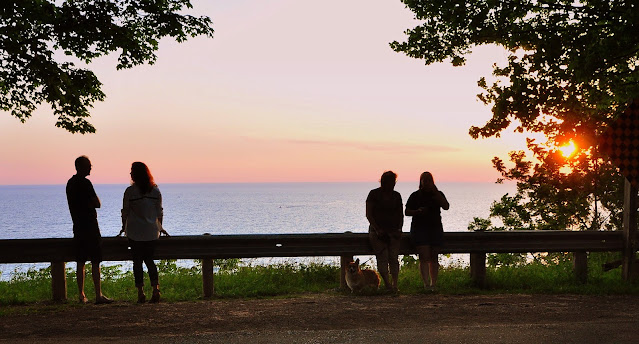 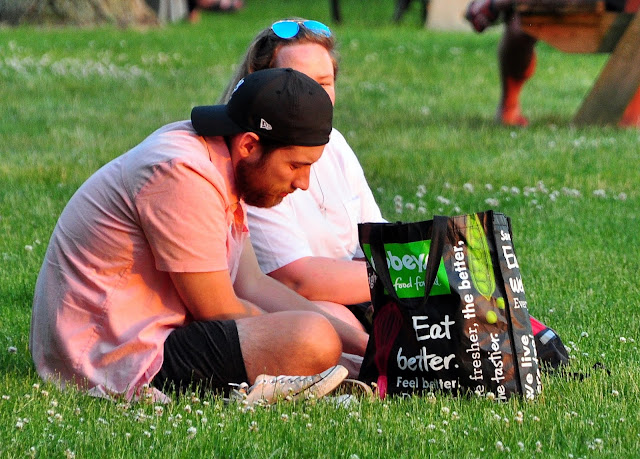 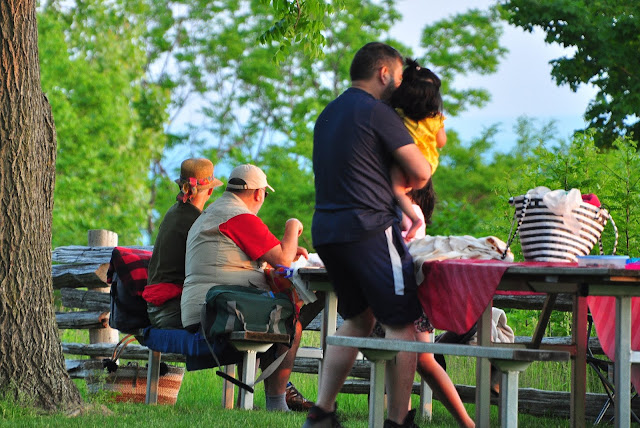 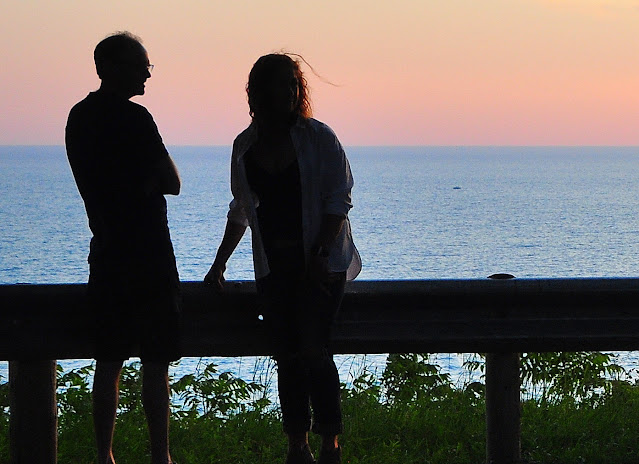 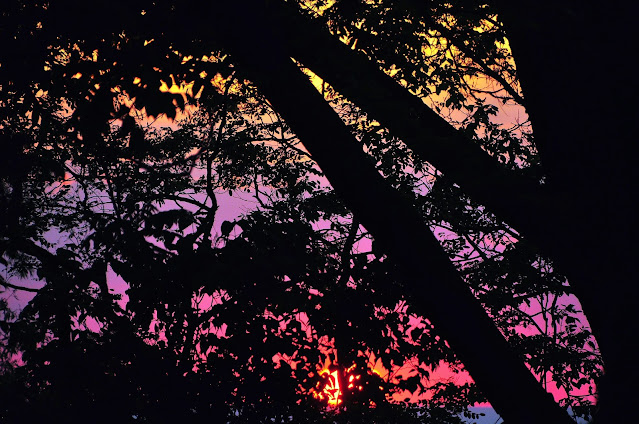 It was shortly after 10:30 when we were back into the Jeep and heading East to our dark night sky spot.  I rolled the Jeep to a stop in the long grass alongside the gravel road's shoulder.  Stepping out into the darkened June night I sensed a feeling of magic in the air as I looked up and felt a warm gentle early June breeze twitch my shirt collar.  A myriad of stars overhead was magnificently displayed from horizon to horizon.  Not a sound anywhere and oh my how nice the scent of new-mown hay in the night air.  I had brought my reclining lawn chair but never did unfold it.  Instead, I hauled out my tripod, snapped on a camera, and tried my luck at a few night photos. The Milky Way is not visible yet so I tried a couple constellations.  My patience was tested when I couldn't remember simple camera setting for night shooting.   But no matter, it was just nice to be outside on this warm night, and not having my hands get cold was a bonus.  It was nearly midnight when I finally packed things away and with windows down we made our way slowly home.  And when I say slowly I mean about 20 mph all the way just soaking up and prolonging as much of the night's ambiance as I could.  These kinds of memories will remain in my mind for a very long time.  Well, as long as this 76-year-old aging brain of mine will hang on to them that is.......Awww Nuts!!With Sunday morning's sunshine pouring through our living room window I knew it was going to be another hot day so Pheebs and I headed out.  Luckily we had a stiff southwest wind blowing that kept temperatures at bay for a few hours.  Taking advantage of that we swung through Bayfield and out to the Linfield Wildlife Area where we had ourselves a great morning walk. 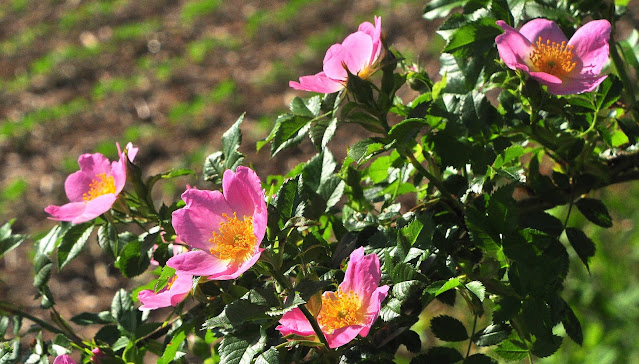 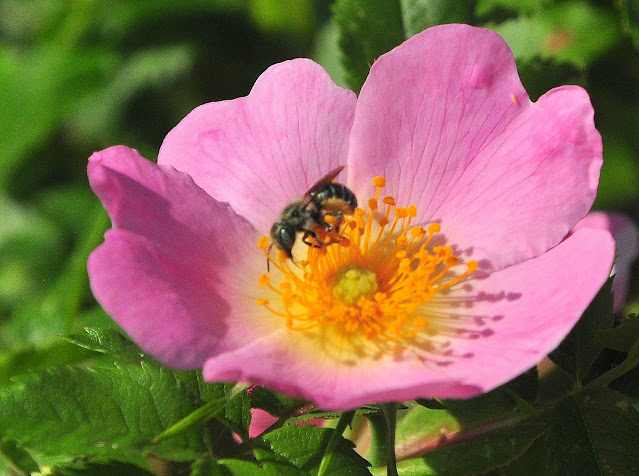 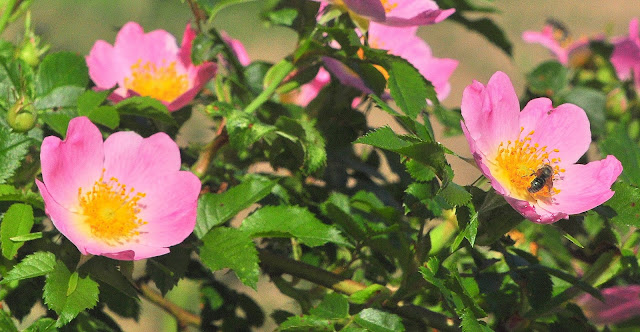 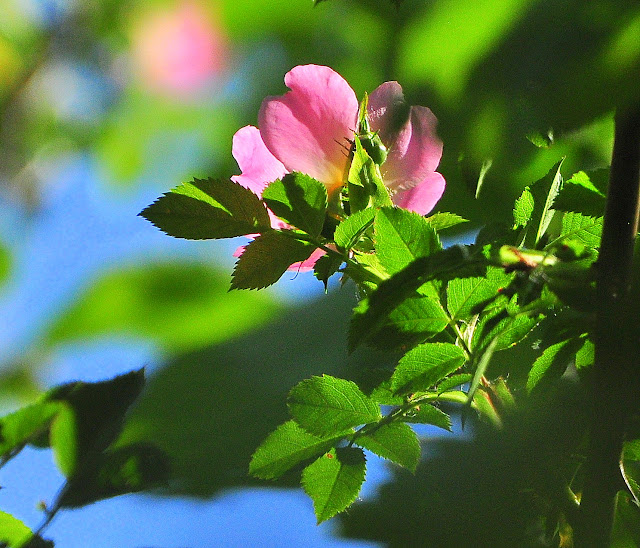 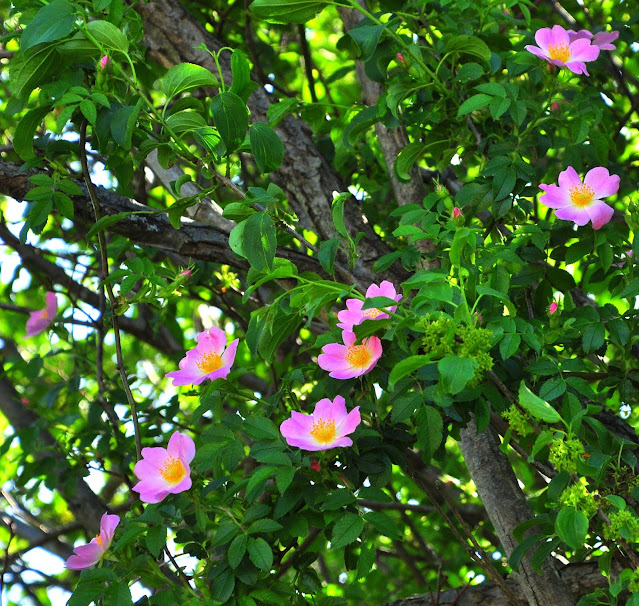 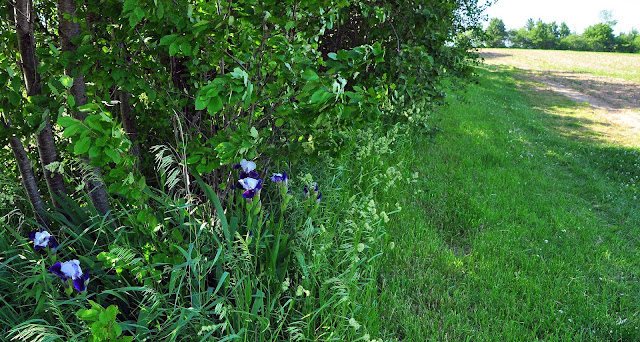 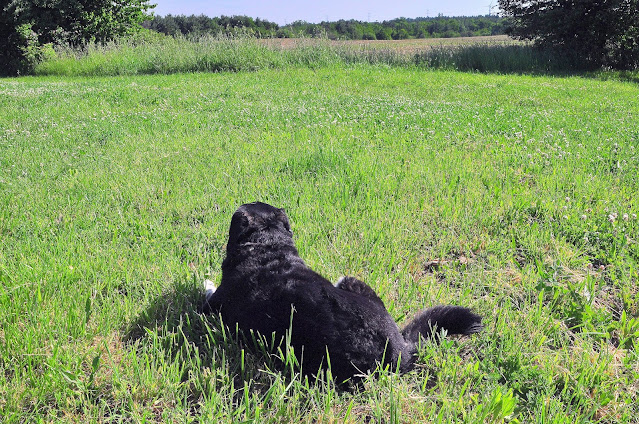 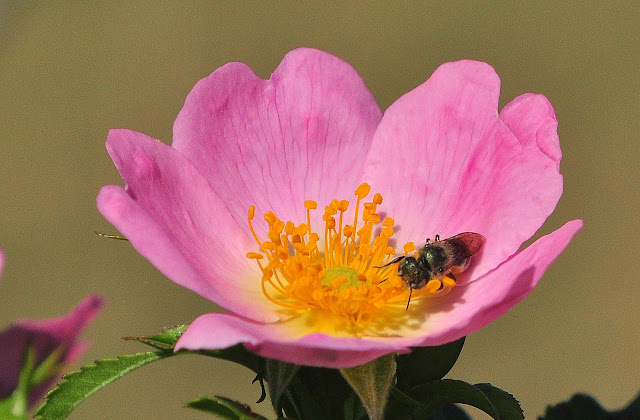 Home again shortly after 10 I checked around the house to make sure things were in a neat semblance of order for Kelly's return.  And they were.  Pheebs and I had done a good job.  Oh, and I had forgotten to tell you yesterday....I even ironed my socks:)) 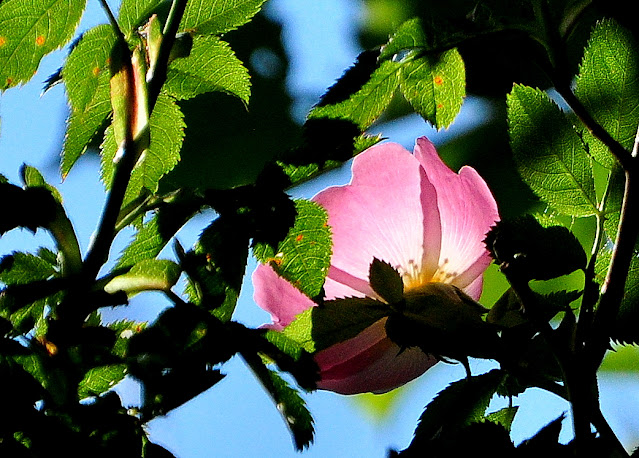 GROANER'S CORNER:((    A couple drove down a country road for several miles, not saying a word.  An earlier discussion had led to an argument and neither of them wanted to concede their position. As they passed a barnyard of mules, goats, and pigs, the husband asked sarcastically, "Relatives of yours?"  "Yep," the wife replied, "in-laws"

A father was reading Bible stories to his young son.  He read, "The man named Lot was warned to take his wife and flee out of the city. But his wife looked back and was turned to salt."  His son asked, "What happened to the flea?" 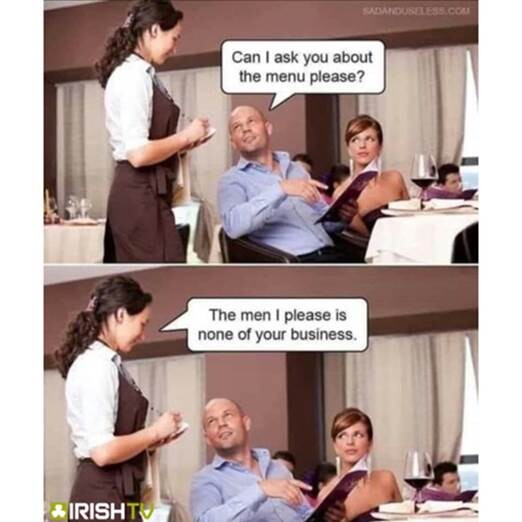 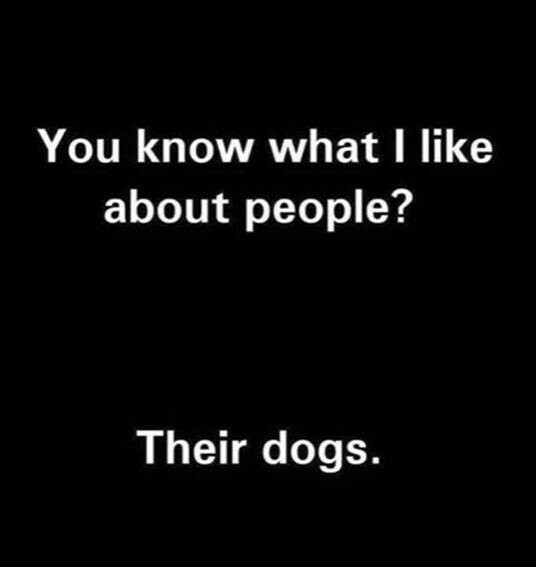 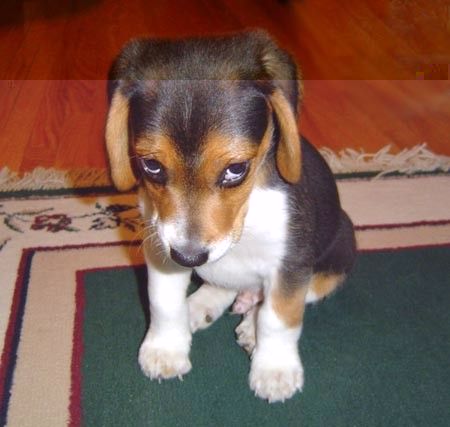