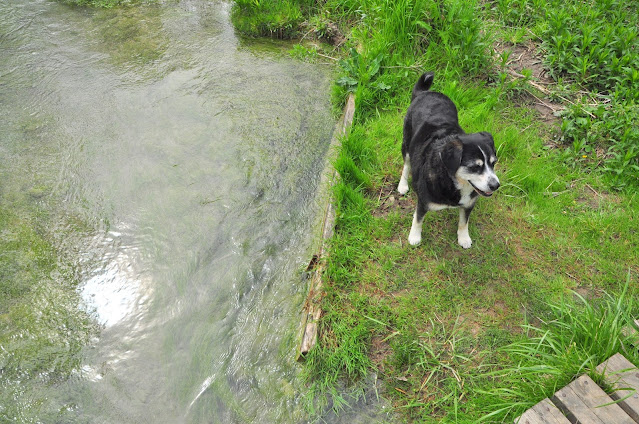 Later Saturday night about the time I would be climbing into my pajamas I was instead climbing into the Jeep with my intrepid little Pal, Super Pheebs.  I had noticed it was a rare clear night with no clouds and I had been waiting for a chance to take a drive out into the countryside to have a look at the starry night sky.  Temps were in the low 40's so I dressed warmly.  I have a favorite night-spot east of us here on a short infrequently used gravel road called Sterlings Line.  There's a grassy flat spot off to the side of the road atop a knoll where I park.  The only lights around are a couple distant farmhouses.  It's a perfectly quiet dark location for viewing the night sky and what a treat it was last night to step out of the Jeep and just simply, look up.  What a great feeling immediately came over me to be out under the night sky again just like I did years ago at the old farmhouse.  There were all my old star Pals waiting to say hello.  The Big Dipper hung directly overhead so I was able to orient myself with the North Star then strike out from there in search of a few constellations.  I saw five satellites moving across the starry sky with two of them converging and crossing paths.  I didn't attempt to take any photos, I just wanted to stand there and take in the feeling of the vast Universe above and the darkened countryside around me.  It was a special time and I'm hoping to spend many more nights out there in the coming warmer weather. 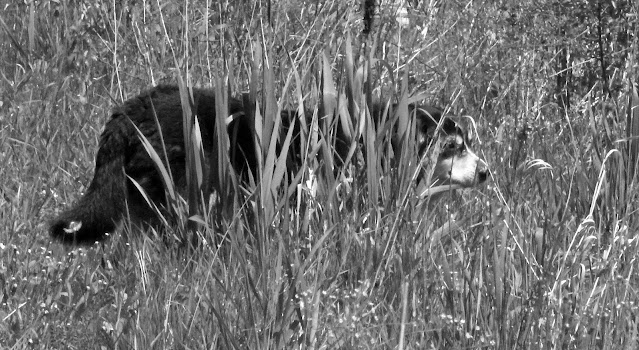 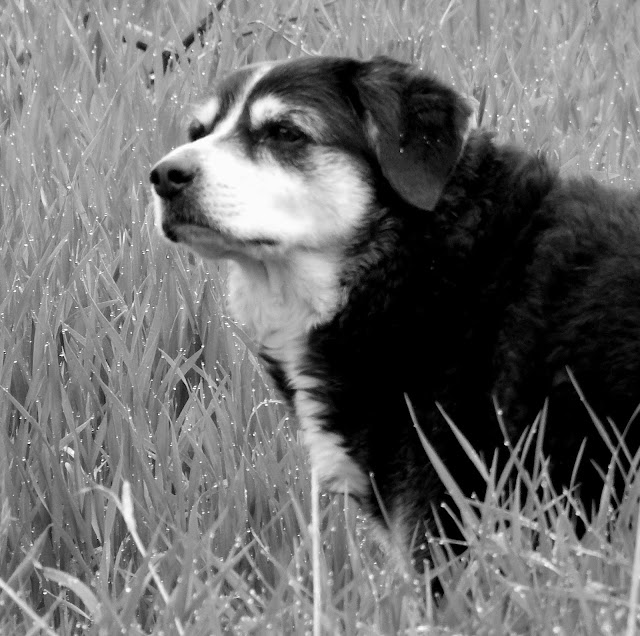 A couple days ago while flying around over Goderich Ontario in my Google Maps observation plane I spotted something below I hadn't seen before or knew about.  It was a hiking trail in the northeast corner of town with a trailhead beginning at the road conjunctions of Nelson Street East and Maitland Road North.  Called the Millennium Trail it runs from the southwest corner of the Highway 21 bridge over the Maitland River to Mill Street in Goderich's east end behind Walmart.  The Maitland Road/Nelson Street trailhead joins the Millenium trail north of the halfway point between the highway bridge and Mill Street. 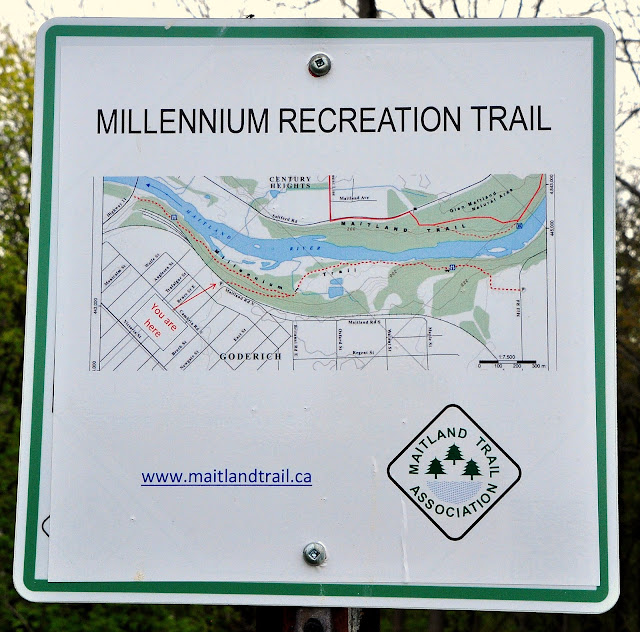 From the Nelson Street trailhead, it's a wide path leading down a gently sloping forested roadway.  Every step forward is a step down so I knew our descent would be easier than our ascent coming back.  No matter, it was exactly what I needed for these short little quarter horse out of condition legs of mine.  Many songbirds along the way.  Nearly to the river bottom of the valley, the trail connects to the Millennium trail proper.  Turn left and head for the highway 21 bridge, turn right and take the longer stretch to Mill Street, or take a narrow footpath down to the river itself. 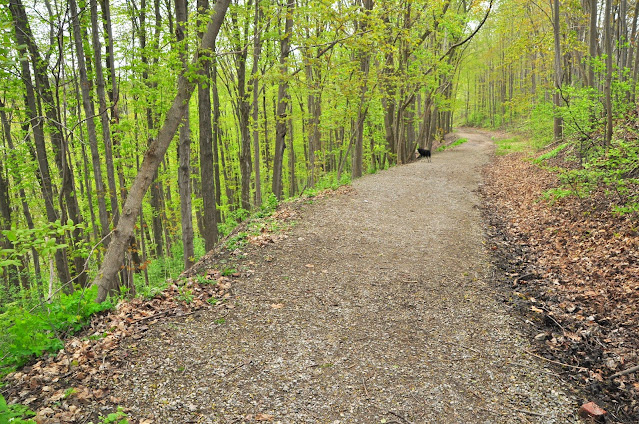 We first headed in the direction of Mill Street but I knew it was farther than we wanted to go so after crossing a little wooden bridge over a small clear fast-flowing creek we hooked back to where the trails had converged and took a small footpath east down a slight slope in the direction of the river. 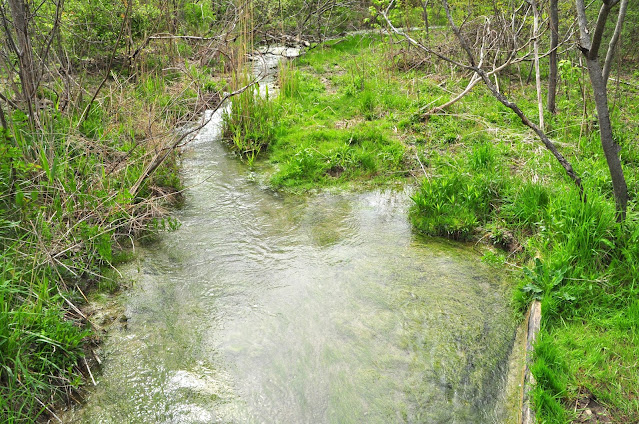 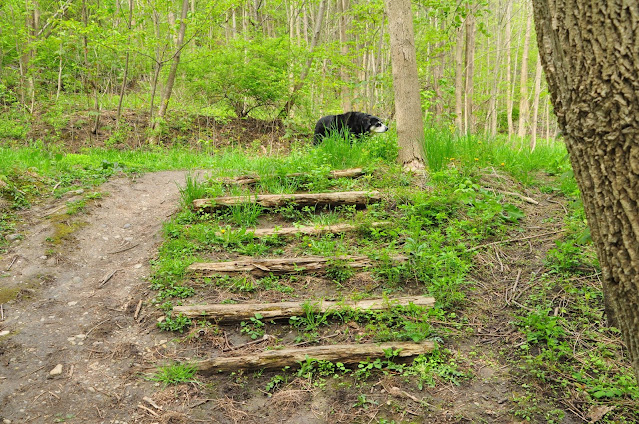 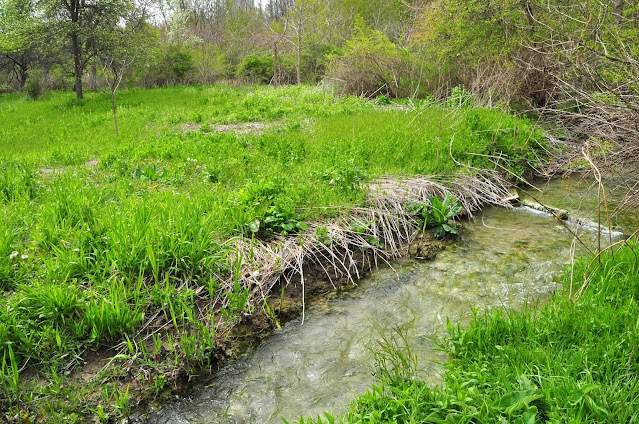 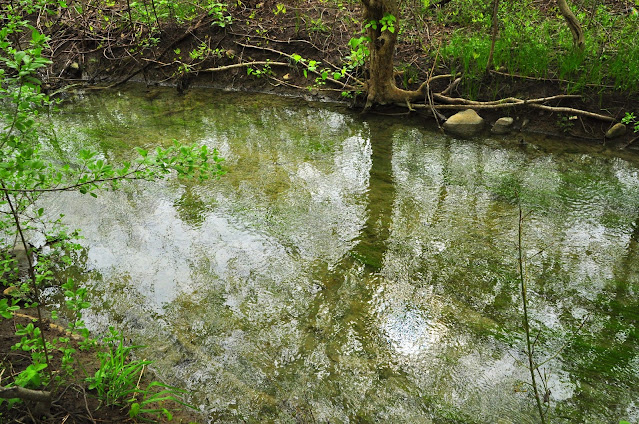 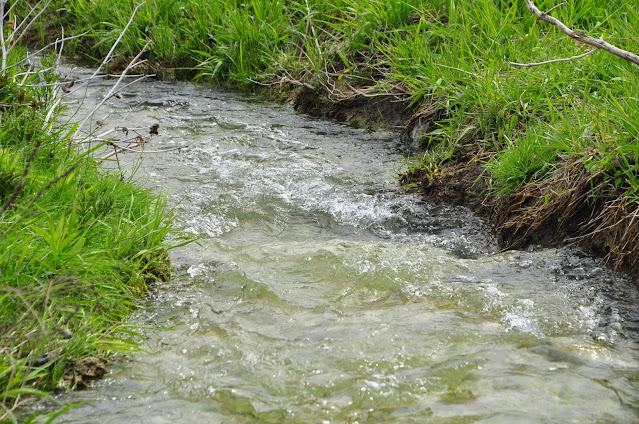 Having not gone far following the little creek we soon came out of the low scrub trees and saw the Maitland River ahead not too far.  Reaching its western bank I was surprised to see an old couch sitting there.  The Maitland River is fairly wide but also shallow and it's easy to walk across it in the summer months at many places. 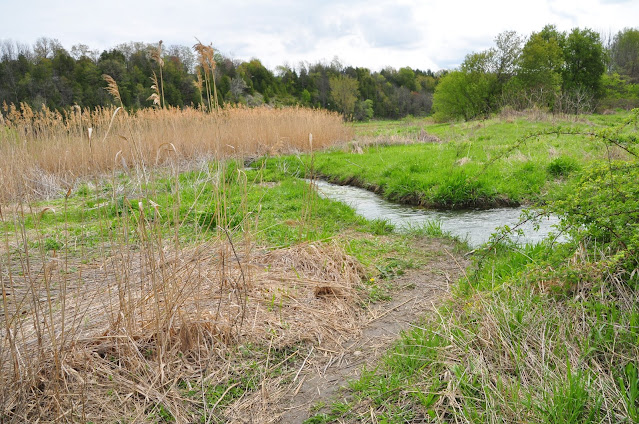 Turning around and heading back to the Millennium trail I noticed another slight footpath leading into the scrub on the north side of the trail.  We followed that trail for maybe a hundred feet or so when I noticed something just ahead that didn't look quite like something Mother Nature would have constructed.  Cautiously moving in closer I saw parts of a colored tarpaulin and then realized it was some kind of structure thrown together with branches twigs and bits of man-made stuff.  I got the definite feeling someone was living here so I cracked off a few quick photos and didn't approach any closer.  Pheebs and I quietly retraced our steps and we were on our way again.  Crossed the Millennium Trail and began our ascent back up to the Nelson Street trailhead.  There was a time when I could have easily scooted right along all the way to the top without stopping but not so much now.  Had to make half a dozen short little 10 second stops to re-boot my legs on the way up.  All and all I really liked this trail with its hardwood forest, flat river bottom plain, the Maitland River itself, and a really scenic little fast-flowing babbling brook.  For sure we will be back to do this trail again. 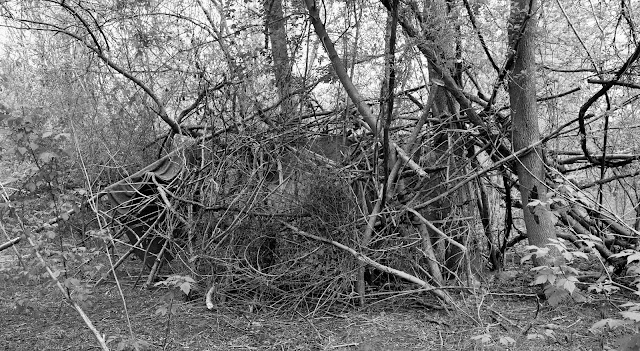 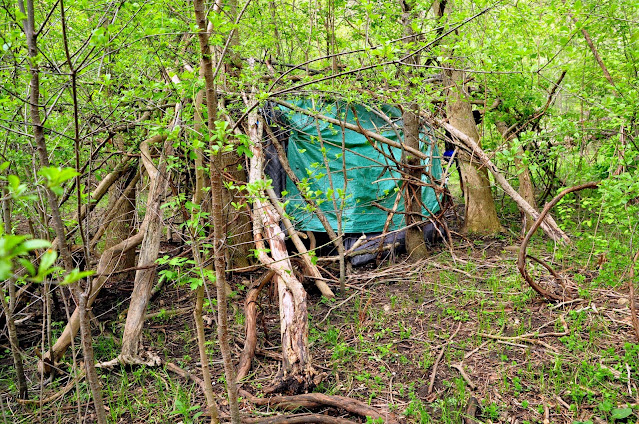 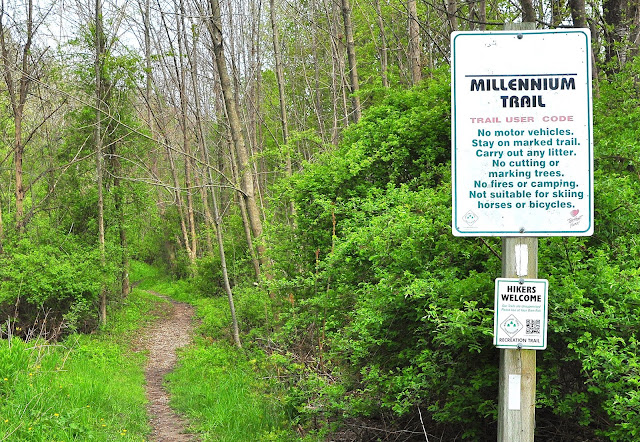 We did do our customary drive down to the harbor and out around Rotary Cove.  For temperatures only being in the mid 40's I was surprised at the number of people out walking along the new boardwalk.  The two beach sections were fenced off and closed but the boardwalk is free to walk to one's heart content:)) 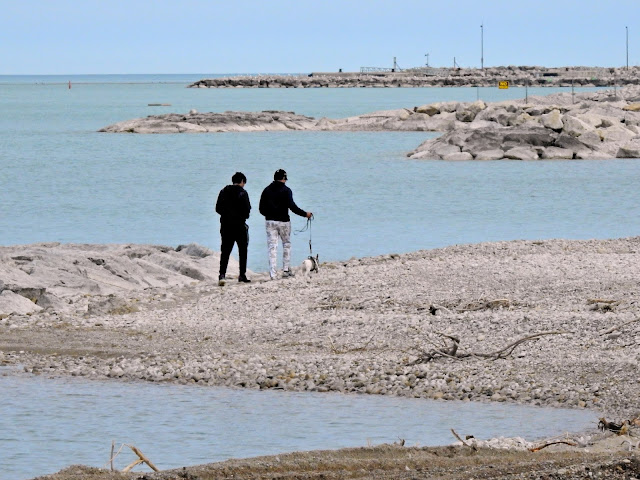 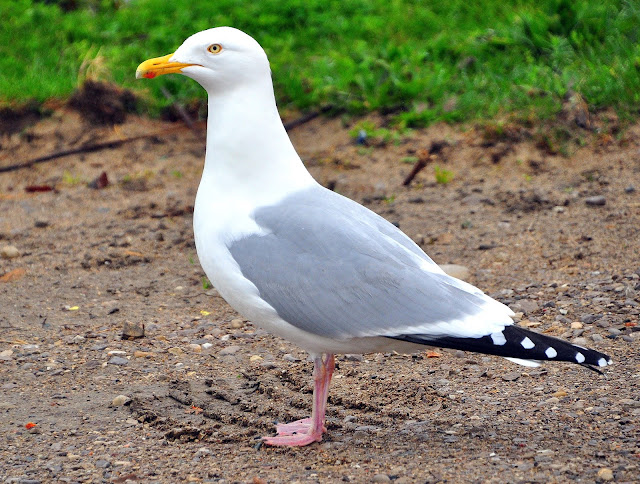 It was nearly noon before we made it home and that was about it for the day.  Cloudy skies and no sunshine.  Another good day to sit quietly beside the fireplace reading.  My current book is called Extraterrestrial Encounters Of The Extraordinary Kind by Betsey Lewis.  For anyone interested in this whole UFO thing, here is an interesting article entitled, How The Pentagon Started Taking UFOs Seriously  Another great link from a continuing reliable source south of the border:))GROANER'S CORNER:((  A teacher was giving a lesson on the circulation of the blood. Trying to make the matter clearer, he said: “Now, students, if I stood on my head the blood, as you know, would run into it, and I should turn red in the face.”  “Yes, sir,” the boys said.  “Then why is it that while I am standing upright in the ordinary position the blood doesn't run into my feet?”  A little fellow shouted, “‘It's because yer feet ain't empty.”

Why are goldfish orange?The water makes them rusty!Who held the baby octopus to ransom?Squidnappers!What part of a fish weighs the most?It's scales!What game do fish like playing the most?Name that tuna!What do naked fish play with?Bare-a-cudas!What do you get if you cross a big fish with an electricity pylon?An electric shark!Who sleeps at the bottom of the sea?Jack the Kipper!What is a dolphin's favorite TV show?Whale of fortune! 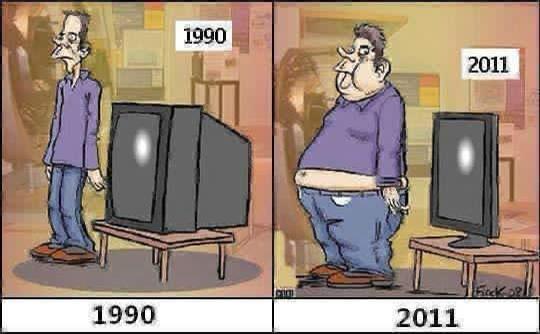 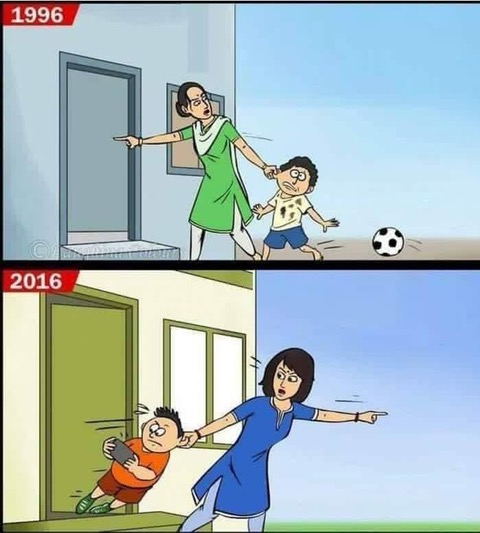 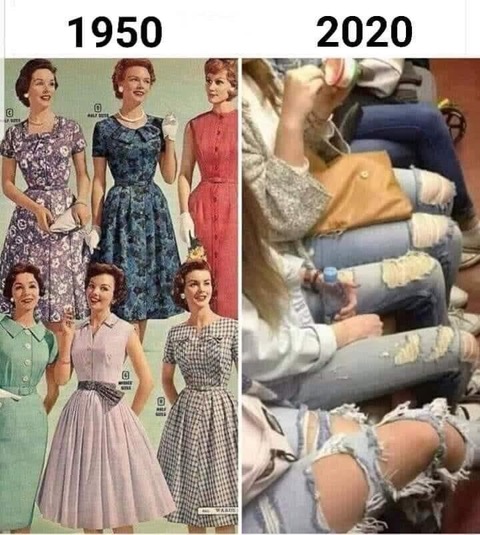