PHEEBS AND I HEAD OUT FOR SUPPER

I think the highlight of our day was when Pheebs and I went out for supper.  She was so excited to be going somewhere she nearly jumped out of her fur.  Sure makes my day to see her so happy all the time.  In the south end of Bayfield, there is a take-out eatery called the Woodland Drive-In and I think it's been there forever.  I've had a habit since moving to the Bayfield area back in 2002 of popping in there for a foot-long hot dog each Spring.  In fact, I think I've blogged about that a couple times over the years.  Noticed a few days ago they were open for the season again so late this afternoon Pheebs and I piled into the Jeep and headed for the Woodland.  I very rarely eat french-fries anymore but by golly it was a small fries we got with our foot long today.  And they were really good fries.  Now, I don't give Pheebs fries but we do share the weenie part of the hot dog and of course I'm careful not to leave any pieces of onion on her chunks.  And without fail we had the usual mess and even managed to get a big splotch of ketchupfied mustard on my camera lens.  Things just wouldn't be right if we didn't make our usual front-seat food mess. 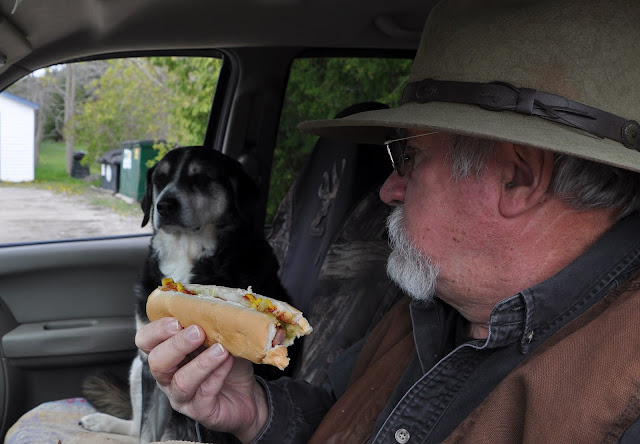 Despite a sunny morning, the windy air was again on the cool to cold side and by afternoon the usual clouds were back in place making for another dark night.  Once again it was a good inside reading day.  But we did manage a few country photos while the sun was out this morning. 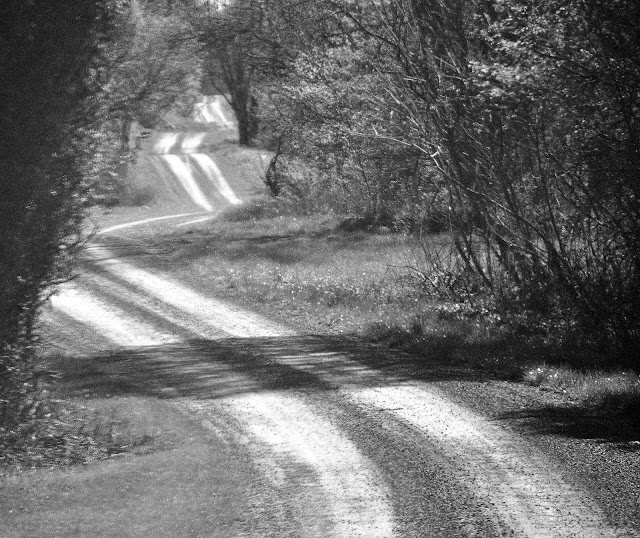 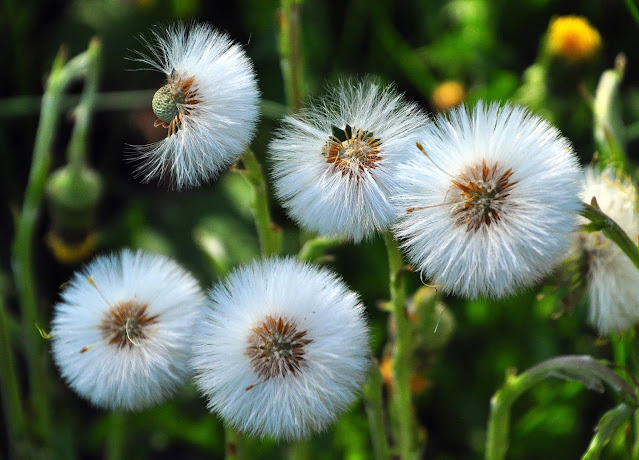 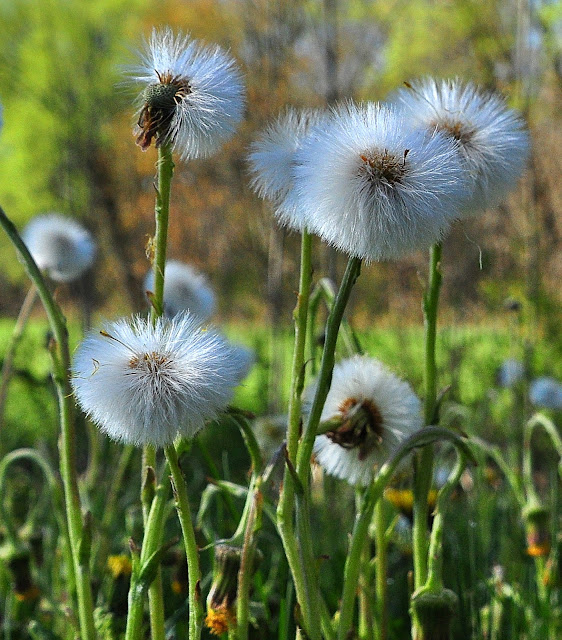 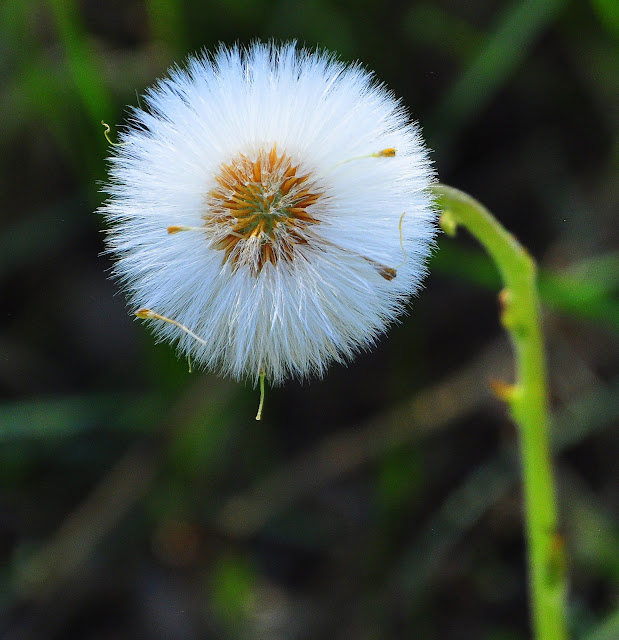 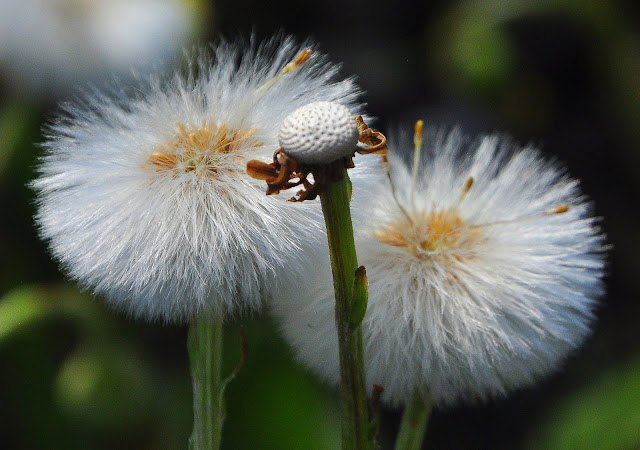 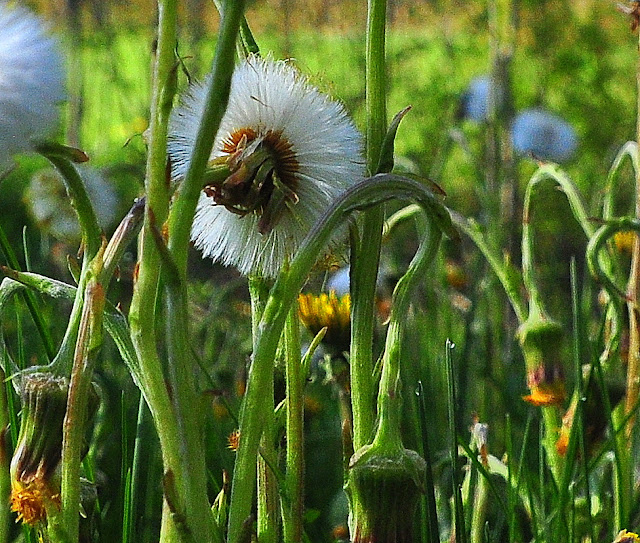 Following our little Saturday night supper out we took a drive around Bayfield snapping a few drive-by pics here and there along the way before heading home.  Looking forward to some possibly warmer temps for Sunday and so what if it rains, it would just be nice to feel some warmer air. 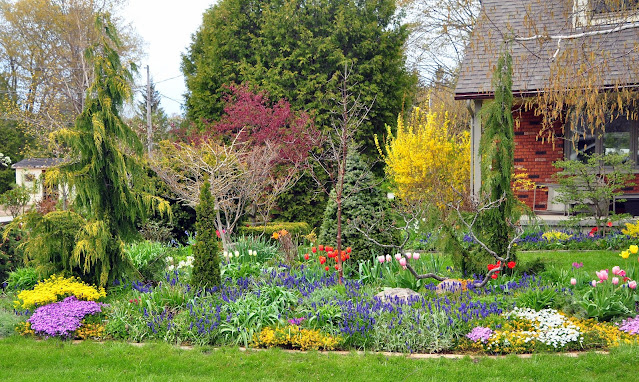 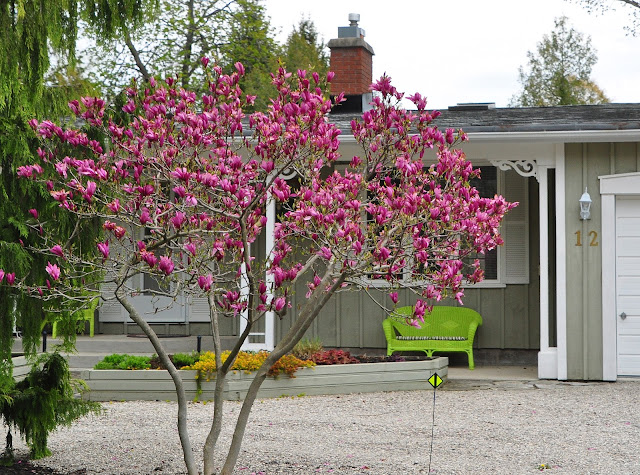 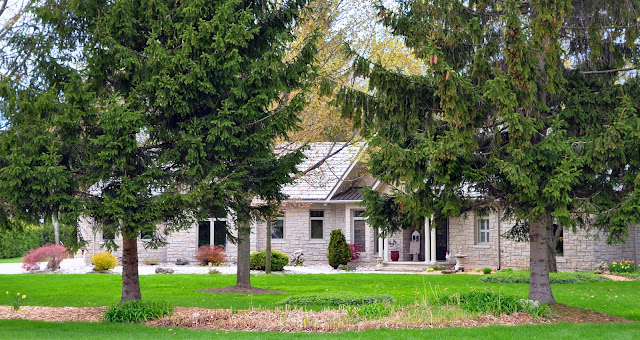 Talked to Kelly for a bit on the phone today and she said she was surprised to find the doors on her car frozen shut this morning.  Gives you an idea of the whacky weather we have going on around the Great Lakes. 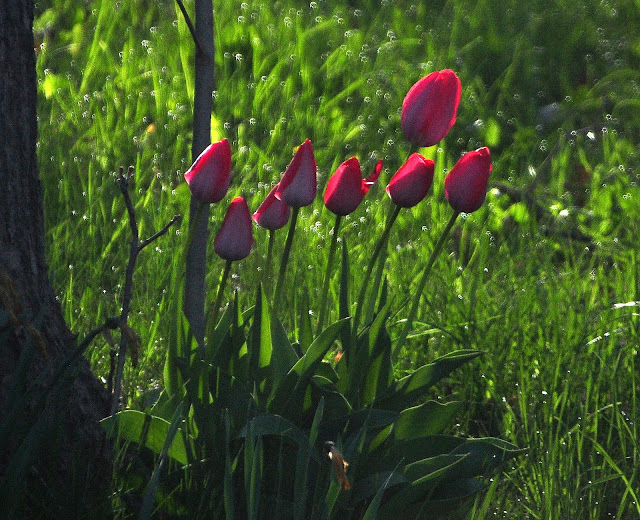 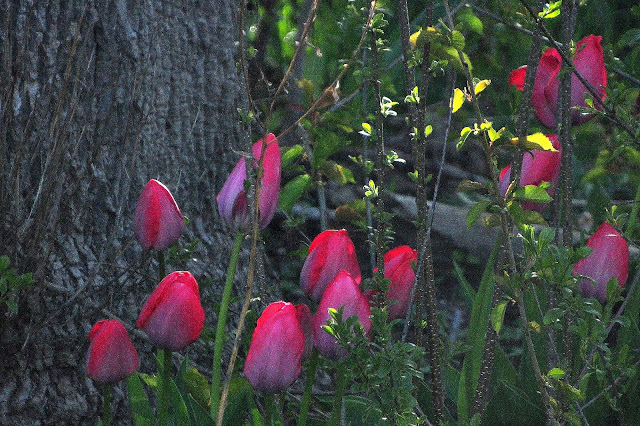 GROANER'S CORNER:((   A tramp knocked on the door of the inn known as St. George and the Dragon. The landlady answered the door.  The tramp said, “Could you give a poor man something to eat?”  "No,” said the woman, slamming the door in his face.  He knocked again and said, “Could I have a few words with George?”

There was a man walking alone along a beach. He comes across a bottle with a cork in it. The man picks up the bottle and pulls out the cork. A loud roar follows and a genie appears. The genie says to the man, "I'm a little tired today and I can only give you two wishes."  The man says "That's OK, two is enough." "First, I would like one billion dollars in a Swiss bank account."Poof - The genie hands the man a paper and says "Here's the number to your account."  Next, the man says, "Second, I would like to be irresistible to women."  Poof - the genie turned him into a box of chocolates.====================== 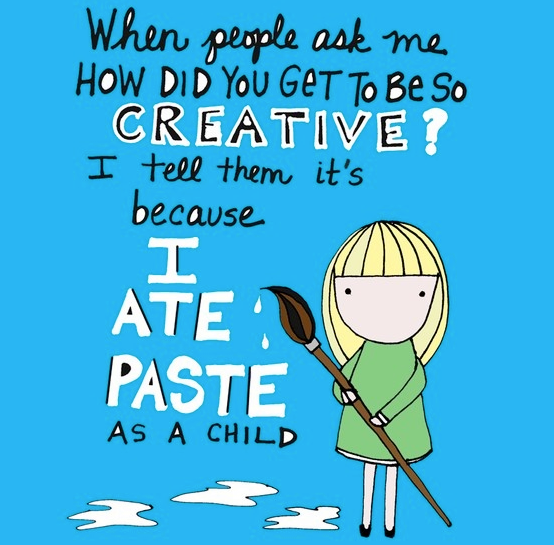