OH SHUSH MY THOUGHTS FOR EVEN THINKING THAT

It was under yet another cold and wet drizzling rain Pheebs and I made a return trip to Goderich this morning. With my Dell laptop computer onboard we made our way to continueIT after they had called Tuesday afternoon saying the new battery for my computer was in.  Dropped off the laptop, took a swing down around the harbor then headed off to Walmart to pick up a couple prescriptions.  With it still raining there was no point in thinking about a walk anywhere so we headed home.  ContinueIT called a couple hours later saying the computer was ready for pick-up. 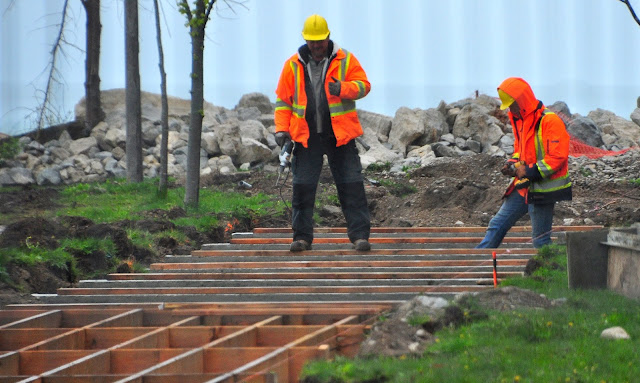 Instead of rushing right back to Goderich, I figured we'd wait until late afternoon, and that way we could not only pick up the laptop but snag ourselves a supper snack somewhere along the way.  Good plan Stan.  Well, I thought the snack plan up in late morning and with an A&W Double Buddy Burger rolling around in my head for a couple hours I couldn't put it off any longer.  Off we went in 'early' afternoon to Goderich for the second time today.  Rains had stopped and roads were dry.  Picked up the laptop and headed for A&W post-haste.  Sitting in the parking lot we snarfed us down a very yummy double buddy burger before heading home again.  At $3:35 a burg, I think it is the best burger bang for the buck and in my opinion, I think A&W's burgers are waaaaay better than McDonald's burgers.  Pheebs and I were home again shortly after 2 p.m and by 4 p.m. are dreary cloud-infested sky finally began to clear.  Hopefully, over the next few days, a bit of warm sunshine might help boost our low to mid 40F temps. 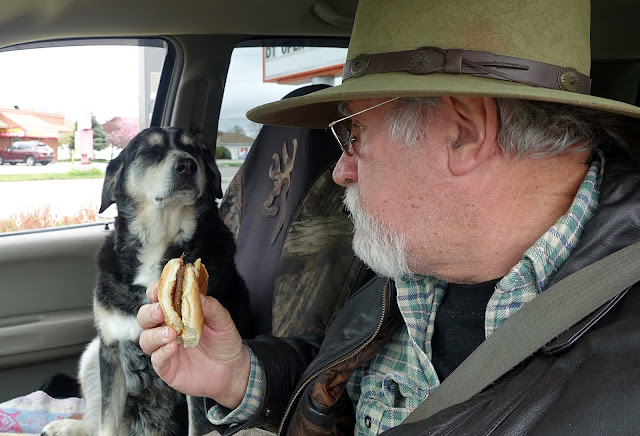 I am 'almost' at the seemingly impossible point of allowing a few very slight rays of optimism to creep into my mind when it comes to the remote possibility of the Canada/US border being open again by this Fall.  Oh shush my thoughts for even thinking that!!  Silly me...............
GROANER'S CORNER:((  Two Roofers, Bob and Dan, were putting a new roof on a barn when a bundle of shingles slid down the slope and knocked the ladder over. Bob and Dan decided since it was early they would continue working because someone would surely come around by quitting time.  It was nearing 5 PM and they hadn't seen hide nor hair of anyone. So, they walked around the roof a few times and finally decided there was only one way down. On the West side of the barn was a big manure pile.  Bob says, "It's the only way down. I will go first." Bob jumped.  Dan heard the squishy landing and yelled, "Hey Bob! How deep did you go?"  Bob yells back, "I went to my ankles Dan, come on JUMP!" Dan jumps and goes clear up to his neck in manure.  He says to Bob, "I thought when you jumped you went up to your ankles?"  Bob replies, "I did, but I landed head first!"

A man took off with his family to tour the country. When he returned, his next-door neighbour asked how he enjoyed the vacation.  "Well," he replied, "have you ever spent three weeks in a mini-van with those you thought you loved?" 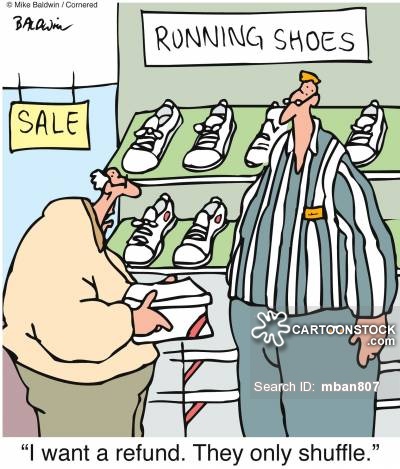 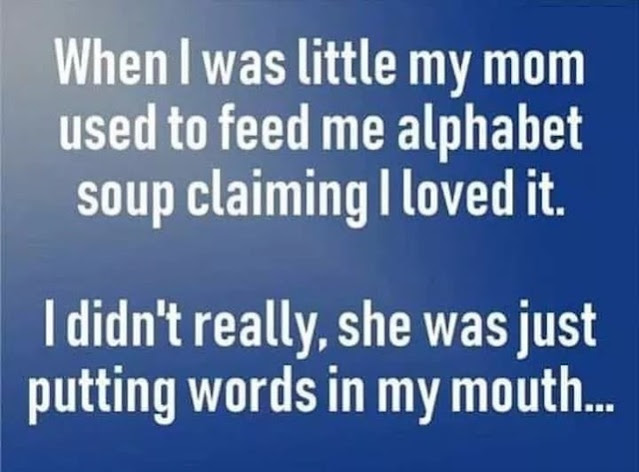