Woke up to sunshine pouring through our living room window. (it didn't last)  Always nice starting the day off on the right foot.  Temperature outside was 39F with a wind chill factor of 32F:((  By the way, the living room is where I sleep every night in my recliner.  Been doing that for about 5 years now due to a couple problems I have with laying stretched out flat. 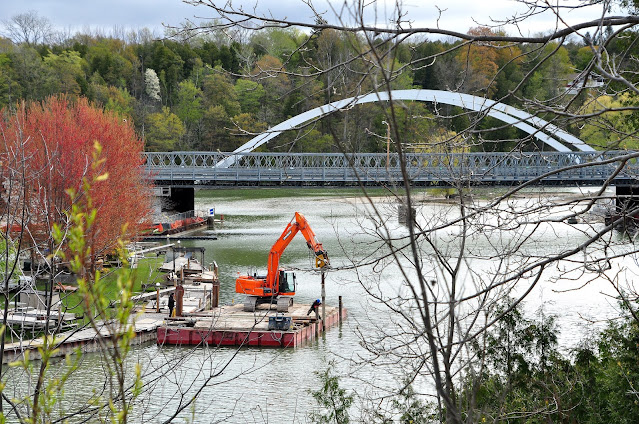 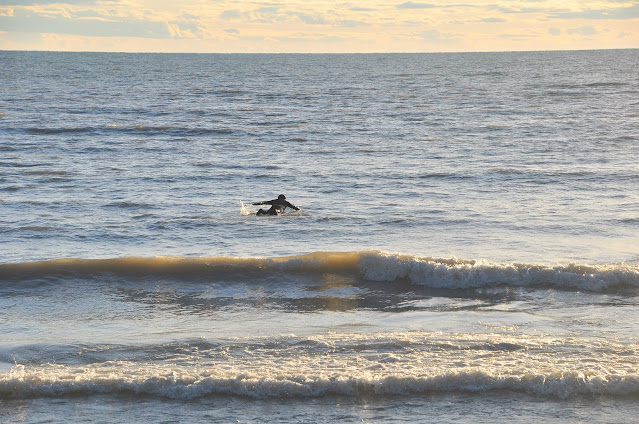 We were no sooner out the door shortly after 8 this morning when we lost the Sun.  With another cloud cover over top I didn't really feel too inspired to go far or take a whole whack of photos.  A few country roads close to Bayfield, a walk down a farmer's bush lane, a drive through the cemetery, and we were home again.  Stayed inside for the rest of the day except for an afternoon walk.  Just too damn cold outside!!I noticed a couple days ago that Google Analytics stated the Bayfield Bunch blog has passed the 10 million visits mark.  Now that might seem a lot but it took 15 years to get here.  I think some folks out here get that in about 15 minutes nowadays with all the smartphone apps, etc.  It also said I have published 4,736 posts as of today.  It's no wonder I am known as 'Mr. Blabberfingers':))I haven't paid a lot of attention to my Facebook account over the years and after getting myself all muddled up these past couple days with an older Facebook account I had a hundred years ago I sat down last night and decided to have a closer look at what my Facebook sight is all about.  With email questions back and forth to Kelly in Spencerport last night I am working on updating my Facebook pages and trying to bring it up into the 21rst Century.  Facebook users may notice some changes to my site like photos popping up and disappearing here and there.  Not to be alarmed though, I still have no idea what I am doing. 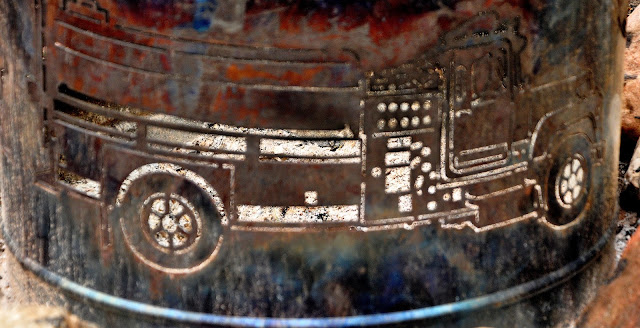 I'm not a big TV watcher anymore but when I do watch it, these are the channels I hang out at.......BBC Earth, the Science Channel, National Geographic, TVOntario, History Channel, Smithsonian Channel, Documentary Channel, the Nature Channel, the Discovery Channel, and my 2 favorite music Channels AXSTV and Stingray, the Chill Lounge.  The 'Chill Lounge' plays all day long here at our house.  And on the sunroom's desktop computer I play Soma FM's Groove Salad.  Oh, and would you believe I even have a tape player in the washroom where I play my pre-recorded tapes I made back in the mid-'80s.  Yup I do.  I don't like stone-cold silence indoors so I always have myself surrounded by music.  But as soon as I step outside, it's only the sounds of nature I want to hear.  Walking along with headphones on listening to music holds no interest for me.  And of course, in a vehicle, I wouldn't even think of driving 50 feet without music.  And if anyone wonders what cable news program I watch I can tell you that there is only one channel now that sometimes holds my interest and that is MSNBC.  And no, I do not like 'talk radio' or any commercial radio station as far as that goes.  In the Jeep, I only listen to SiriusXM Satellite Radio's, Chill, Spa, Seriously Sinatra, and The Forty's Junction stations.  Occasionally I'll dabble into the 1950's Pop Hits as well.  If I do happen to listen to country and western music from time to time then it is the old country music I much prefer as compared to any of the newer stuff.  And there you have it.....a whole bunch of info you really didn't need or really want to hear about anyway.  I just have this uncontrollable urge to write sometimes.  It's that Blabberfingers syndrome I tell ya:))  And it sometimes gets me into trouble with friend and foe alike.  Not intentional of course, but it sometimes unfortunately happens:(( 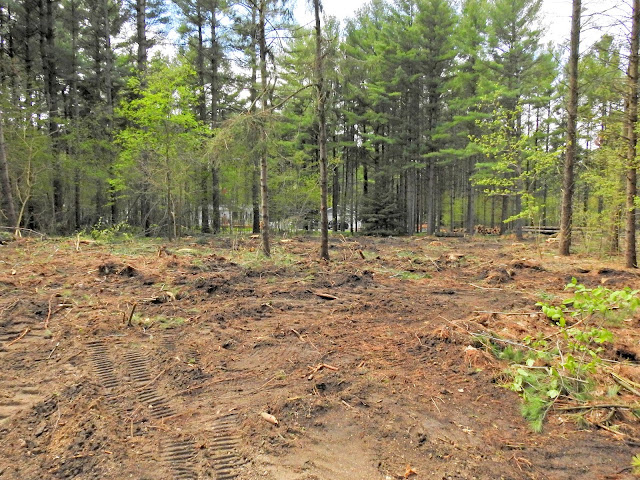 In an email this afternoon Kelly suggested I use up some of the eggs in the fridge and make an omelette.  Thinking that a darn good idea I wasn't long in heading for the kitchen.  Out came the frying and a number of ingredients including onions, cheese, butter, salt and pepper, and a couple dozen eggs of which I thankfully used only three.  Thought of frying up a load of bacon but I didn't want to mess up the kitchen with grease flying around all over the place.  Besides we had sausage in the fridge so I sliced up some of that.  Oh ya, I thought, my superb culinary skills from screaming decades ago were all solidly back in place.  By the time I got all the ingredients plus a little cream all mixed up I had myself quite a load in the hot frying pan.  Oh-Oh I thought, if I ever do this again I had better only use half an egg.  I'm not used to eating great volumes of food anymore.  Anyway, to make a long story short I cooked up my omelette and flopped it onto my plate alongside a single thin piece of toast.  I knew from my first bite I must have forgotten something because the omelette tasted kinda flat.  It was going to need a healthy whack of ketchup.  I might have overcooked it too because it was kind of crunchy.  With a little help from my furry Pal, we were able to somehow eat most of it and save some for tomorrow. (Okay, that's not going to happen) I wonder why it is food always tastes better to me when somebody else does the cooking.  Sitting here typing this tonight I feel like I have swallowed a watermelon and it will be delightfully back to peanut butter and honey sandwiches, oatmeal, and copious amounts of corn flakes for this guy until Kelly comes home.  Cooking.....'Bah Humbug!! (Sorry George) Oh, and I hope this is the last omelette I will ever have to make for the remaining time I have left on this Planet!!
GROANER'S CORNER:(( Two factory workers were talking. "I know how to get some time off from work." said the man.  "How do you think you will do that?" said the other one. He proceeded to show her...by climbing up to the rafters, and hanging upside down.  The boss walked in, saw the worker hanging from the ceiling, and asked him what on earth he was doing? "I'm a light bulb" answered the guy.  "I think you need some time off," said the boss. So, the man jumped down and walked out of the factory. The second worker began walking out too.  The boss asked her where did she think she was going?  "Home. I can't work in the dark."

I pulled a muscle digging for gold...No worries though, it's just a miner injury.

My wife told me I was immature...So I told her to get out of my pillow fort.

Two young boys were closely examining bathroom scales at the department store."What's it for?" one asked.  The other replied. "You stand on it and it makes you really mad." 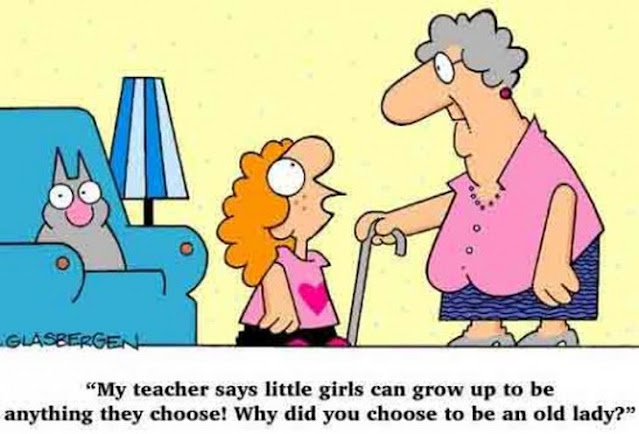 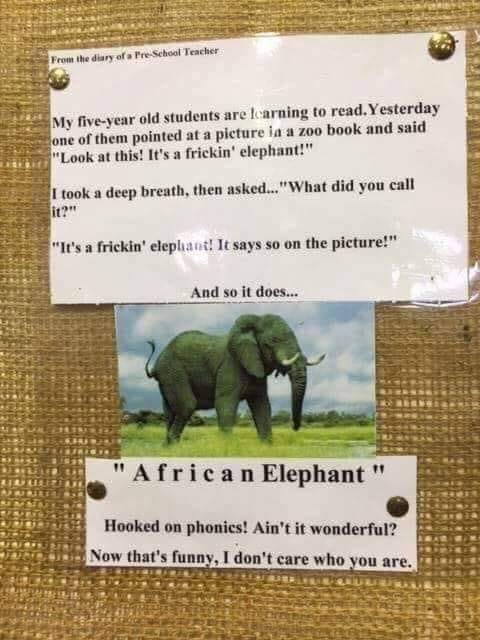