THE DAY HOPALONG CASSIDY RODE BACK INTO MY LIFE

It was a cold drizzly rain Pheebs and I followed to Goderich this morning and a steady rain we followed all the home again about 40 minutes later.  A drive down around the harbor and a Walmart stop is about all we did there.  I doinked around with inside stuff, read, and caught up on some zzzzzzz's.  There really wasn't much else to do on this cold and rainy late April day.A few years ago when we still had our house in Congress Arizona, a sizeable package showed up at our local post office one day.  I had no idea what it was or who could have possibly sent it.  And it was addressed to me.  Taking the package home I still remember sitting on our front porch opening it and not knowing that in a few minutes I would be taken back to an era from my early childhood.  Of course back in the 50's we boys all had our favorite TV cowboy heroes and mine was Hopalong Cassidy.  I had blogged about that and little did I know that Hoppy and his horse Topper were in that package.  And that package had come all the way from the state of Oregon.  It was a surprise gift from fellow RV Blogger, Russ Krecklow.  Russ had had that framed Hoppy picture for many years and after we bought our Arizona house he sent it to me to hang on the wall of our little adobe cowboy ranch-style house.  And I did just that.  A few years later we ended up selling that house and one of the things I made sure to bring back to Canada with us was the 'Hoppy' picture.  It hangs in our sunroom now along with a couple of my earlier cowboy hats.  You can read my post for the day Hopalong Cassidy rode back into this little boy's life.....A Big Surprise In The Mail From Oregon Today  I think Russ is still alive and well out there in that Oregon place somewhere:))We had our Arizona house for nearly 5 years and in that time a number of blog readers from around the country when in the area dropped around to see us and say hello.  Some of those good folks we are still in touch with and many we never saw or heard from again.  Whenever I have occasion to dust off a few old memories, people come to mind and I wonder how they are doing and where they are now.  Sometimes people would send us an email, or call us on the phone or just show up at our front gate with a big smile and a 'Howdy'.  And sometimes it was even us who actually sent out an invitation.  And it was funny how over our RVing years strangers would sometimes come up to us and say, 'Hey I know you, your the Bayfield Bunch.  And it could be anywhere.  In the parking lot of a Cracker Barrel, in front of a laundromat in Yuma, a book exchange in Borrego Springs, California, in a canyon northeast of Wickenburg, Arizona, in Dead Horse Ranch State Park near Cottonwood Arizona, in Bisbee Arizona, (yay Paula) another really nice couple from Phoenix tracked us down near Elfrida Az, and another couple walking by in Ajo Arizona recognized us.  And another lady at the laundromat in Ajo.  It was Pheebs she recognized first.  Another time a blog reader recognized us just outside of the 'Big Tent' in Quartzite Arizona.  A couple fellas on ATV's tracked us down there as well when we were boondocked south of Quartzsite and I remember fellow RV Blogger John Brown finding us there as well.  Another couple driving through the Hickiwan Trails campground near Why Arizona also stopped to say hello.  We once delivered about 10 boxes of breakfast cereal to a couple at the Kartchner Caves campground near Benson Arizona.  They were blog readers and knew we were about to leave Canada for Arizona.  They wondered if we could bring down some cereal only available in Canada at that time.  I'll be darned if I can remember what kind of cereal it was.  Also remembered are the folks who offered us free accommodation if we were ever in their area and the friends and strangers who stopped by to help us out with things whether on the road or at our Congress house.  Yes, we certainly have a lot of wonderful memories from our 13 years (2006-2019) of traveling around the great American Southwest and our two cross-country trips to Florida.  And I've only touched on a few of those great memories.  I sure hope we can tack on a couple more RV years and maybe we'll get to see some of those long lost traveling friends again............. 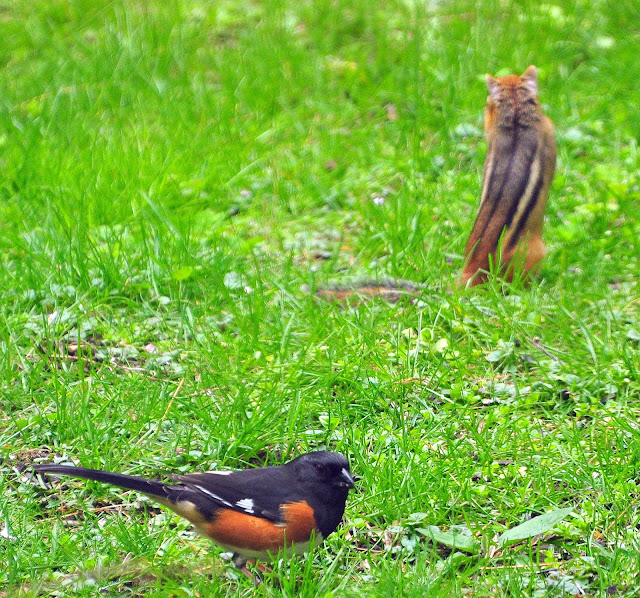 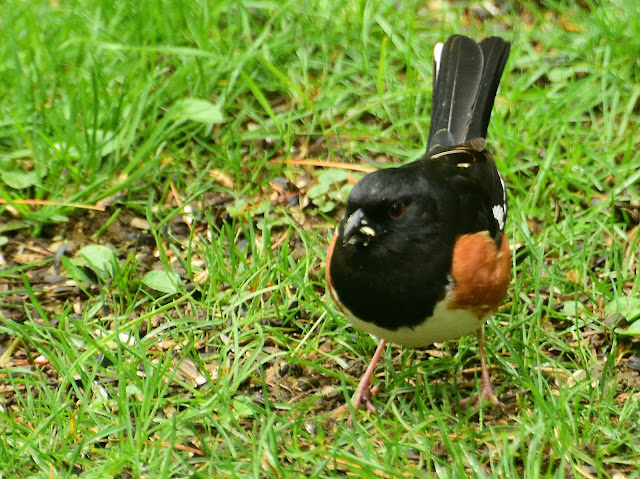 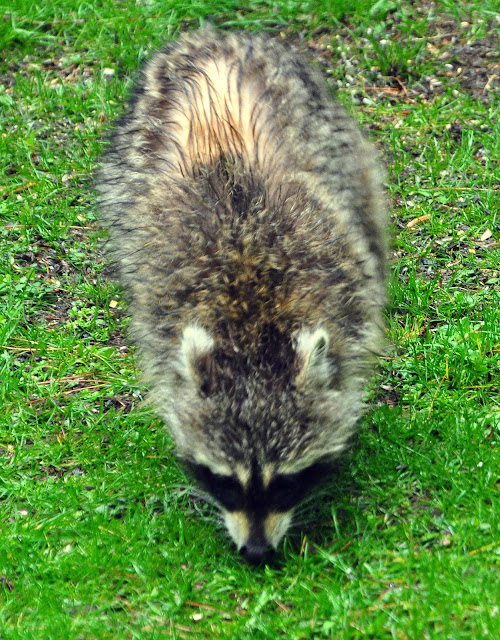 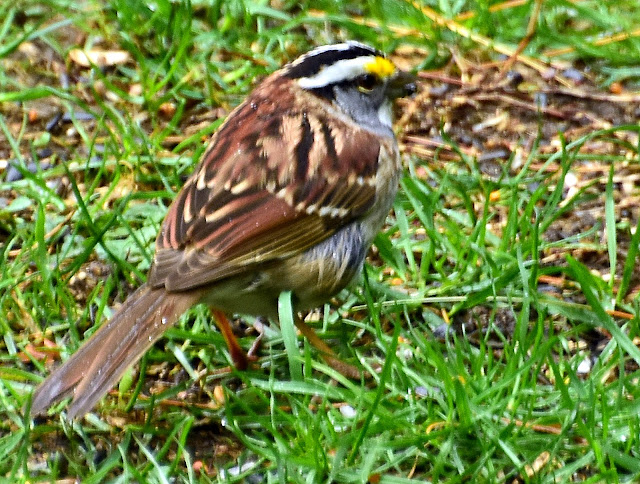 Spent some time today Spring cleaning my closets and drawers.  I have shirts and pants dating back to before the Boar War, socks that have seen the turn of the century, and underwear that must have come over on the Mayflower.  I don't know why it is I can't seem to throw things out.  Even shirts with holes in them the size of hubcaps I keep.  I've even got boots here that must have belonged to Beetle Bailey at one time.  Oh it's quite a struggle I have with myself some days. 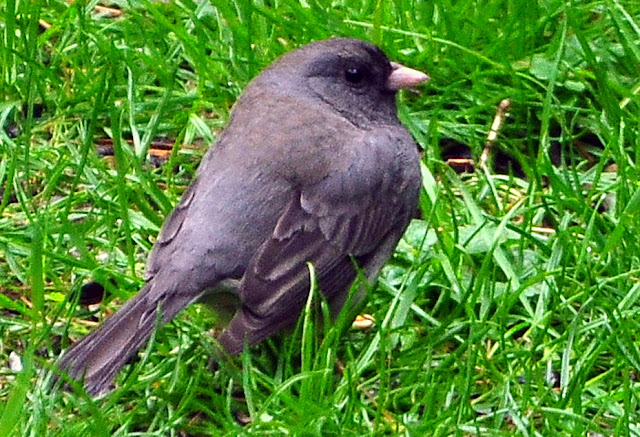 GROANER'S CORNER:(( Recently moved to a new city, I was eager to meet people. So one day I struck up a conversation with the only other woman in the gym. Pointing to two men playing racquetball in a nearby court, I said to her, "There's my husband." Then I added, "The thin one--not the fat one."  After a slightly uncomfortable silence she replied, "And that's my husband - the fat one."

The longest drum solo was 10 hours and 26 minutes...And it was performed by the child sitting behind me on Delta flight 963 from LA to Tokyo.

A man was brought to a hospital with heavily fractured bones. The doctor in the intensive care unit asks him, "Are you married?"  "No, I've been run over by a truck." 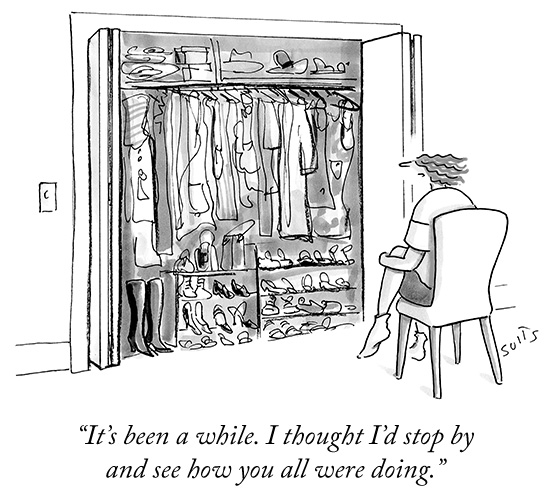 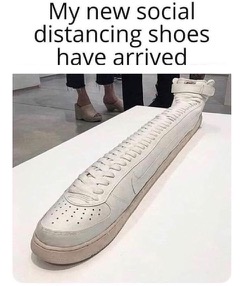