SUCCESSFULLY DE-WINTERIZED OUR CLASS C MOTORHOME TODAY, BUT I DID HAVE AN 'OH-OH' MOMENT 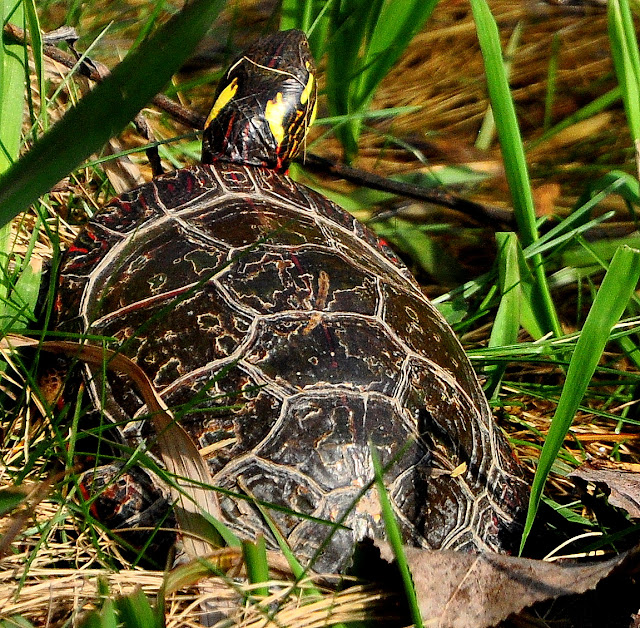 Feeling much better today so I am chalking up Thursday's heavy overall tiredness as a reaction to my vaccine shot this past Monday.  Unlike painful needles I had received many, many, years ago I never even felt Monday's injection.  Looking the other way at people seated near me Monday afternoon I felt a tap on my left arm and by the time I looked back the nice injection lady was already disposing of the needle.  And that was it, I was on my way.  I do have to go back for a second shot probably sometime in July. 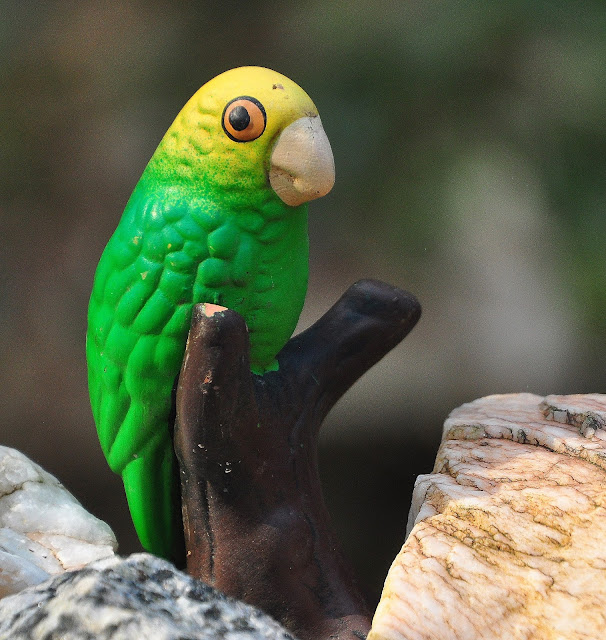 Despite a cloudy start to the day we finished it in sunshine.  A cooler 68F worked well in my favor.  Pheebs and I wandered around this morning southeast of Bayfield before heading home.  Checked on the Eagle's nest along the way but even with binoculars, all I could see was a wee part of the female Eagle's head sitting in the center of the nest. 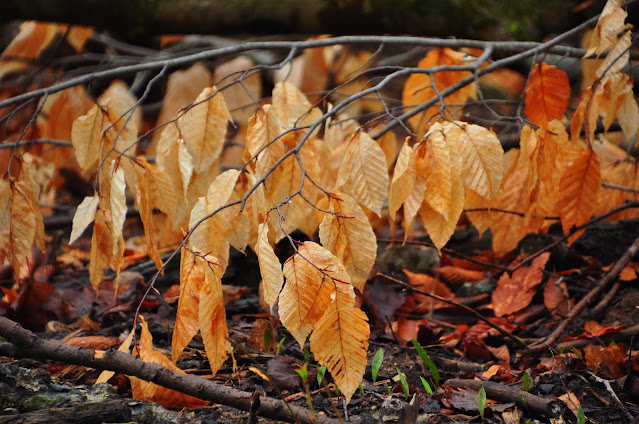 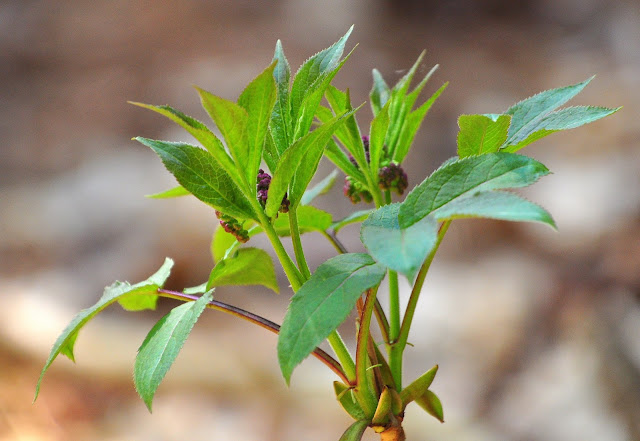 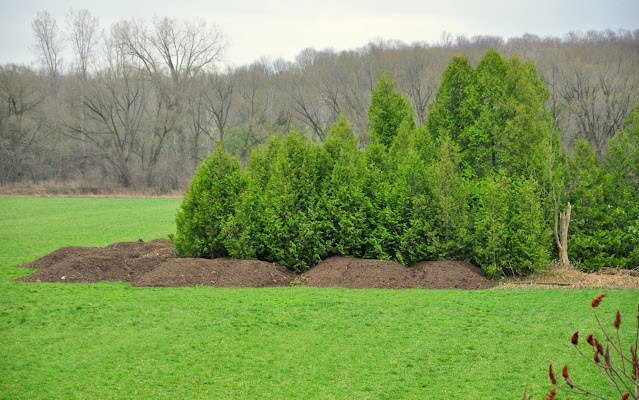 Feeling so much better than the previous couple of days and with my energy levels restored I tackled some more yard work.  Our Class C still needed to be winterized so without further ado I set about doing that as well.  Except for one little mishap and with Kelly's help, everything went reasonably well and Scooter is now fully operational once more.  My little 'Oh-Oh' moment occurred when I forgot to close the taps to our outside shower.  When I hooked up to shore water and turned the water on I had a minor flood going on in the main storage bin when water sprayed out of the shower-type hose nozzle.  Quickly turning the water off back at the house I proceeded to quickly empty the storage bins, remove the wet mats, and sponge out the remaining water.  No damage done, just another lesson learned.  However, the last two days I drove it I noticed a kind of swish-swish sound as the rear driver's side tires rotated round and round.  Haven't a clue what that's all about and we may end up having to take it into the Bayfield Garage to have it checked out.A nice cooler afternoon walk netted me a few photos from around the Park's pond again.  No sign of the Mallards today but there were more turtles out sunning themselves than I have ever seen there before. 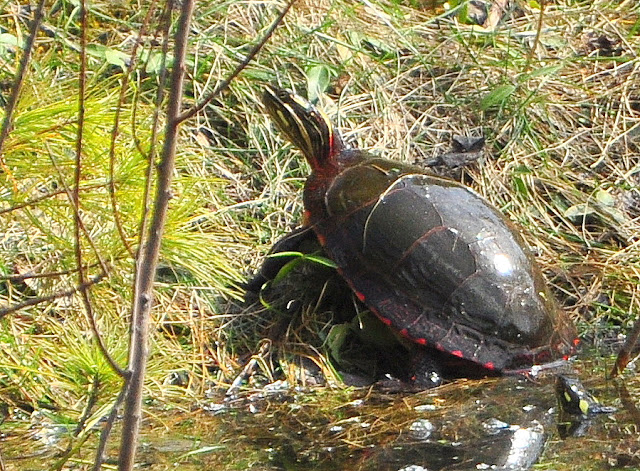 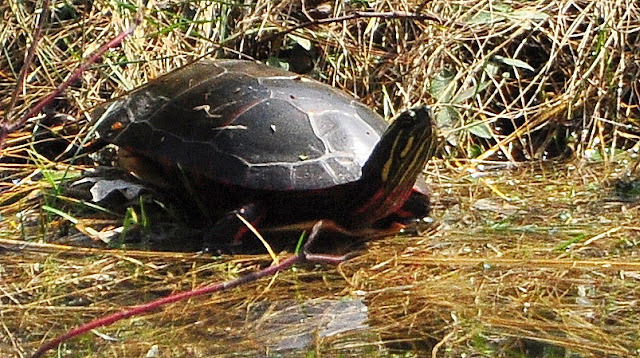 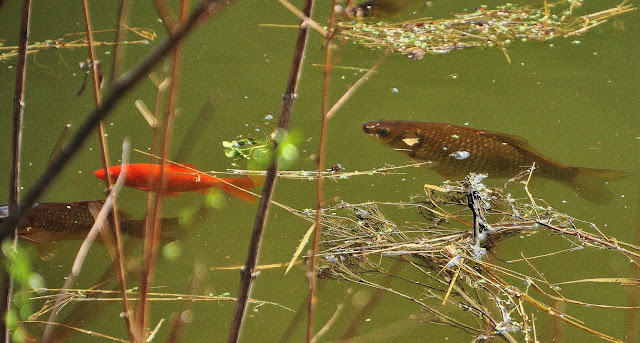 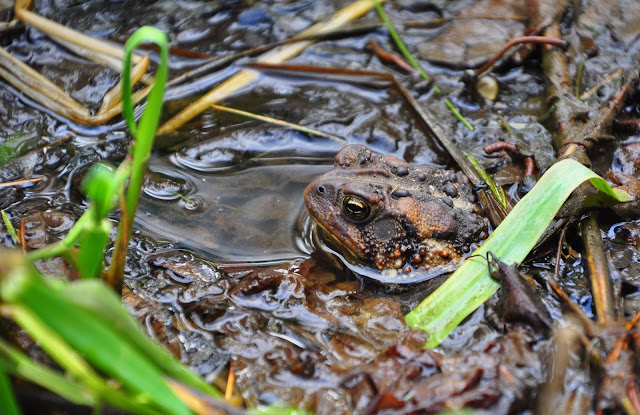 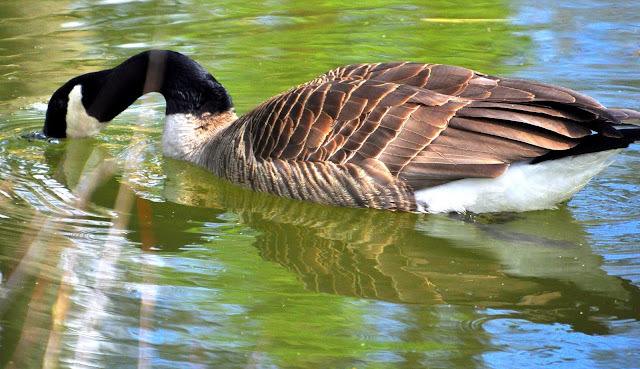 GROANER'S CORNER:((  A man in a hot air balloon realized he was lost. He reduced altitude and spotted a woman below. He descended a bit more and shouted,” Excuse me, can you help? I promised a friend I would meet him an hour ago, but I don't know where I am."  The woman below replied, "You are in a hot air balloon hovering approximately 30 feet above the ground. You are between 40 and 41 degrees north latitude and between 59 and 60 degrees west longitude."  "You must be an engineer," said the balloonist.  "I am," replied the woman. "How did you know?"  "Well," answered the balloonist, "everything you told me is technically correct, but I have no idea what to make of you, and the fact is I am still lost. Frankly, you've not been much help so far."  The woman below responded, "You must be in management."  "I am," replied the balloonist, "but how did you know?"  "Well," said the woman, "you don't know where you are or where you are going. You have risen to where you are, due to a large quantity of hot air. You made a promise which you have no idea how to keep, and you expect people beneath you to solve your problems. The fact is you are in exactly the same position you were in before we met, but now, somehow, it's my fault!" 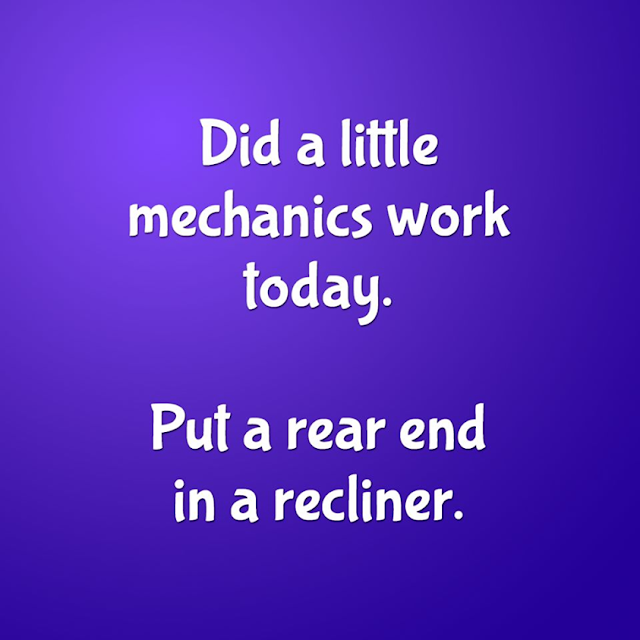 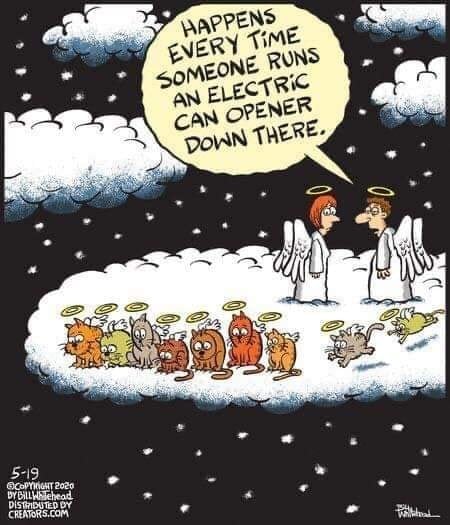