I NEARLY MADE A VERY STUPID AND TOTALLY AVOIDABLE MISTAKE

With gusting 30mph winds dropping our high 30's temps into the low 30F range under cloudy skies it wasn't the best morning to be outside.  And as luck would have it there was no need to be outside.  Richard's turn to drive and he picked me up at 9 a.m.  Our coffee travels took us over around the Goderich, Ben Miller, and Clinton areas.  Despite overcast skies, it was nice to see sweeping Huron County farm fields completely free of snow once more.  Home by about 11:20 I never ventured outside again except to take some birdseed out.  Winds were just too strong and too cold. 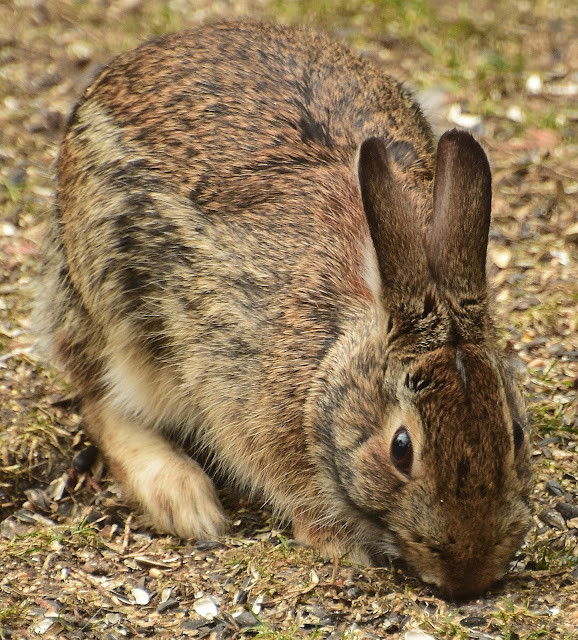 Spent my afternoon curled up in my sunroom recliner beside the fireplace reading.  Just finished Deadlock In Korea: Canadians At War 1950-1953 by author Ted Barris.  So little is known about this almost forgotten Korean War and especially from the Canadian Perspective.  Long before Viet Nam veterans were shunned after coming home, so to were the Korean Veterans.  Particularly sad here in Canada where so many know so little about another important and almost forgotten aspect of Canadian history.  From Korea's war history, I have once again journeyed off into the unknown with a book by Harvard Medical School's, Professor John E Mack.  Passport To The Cosmos.  I'm curiously looking forward to where this book may take me.  If I can understand what it is all about that is. 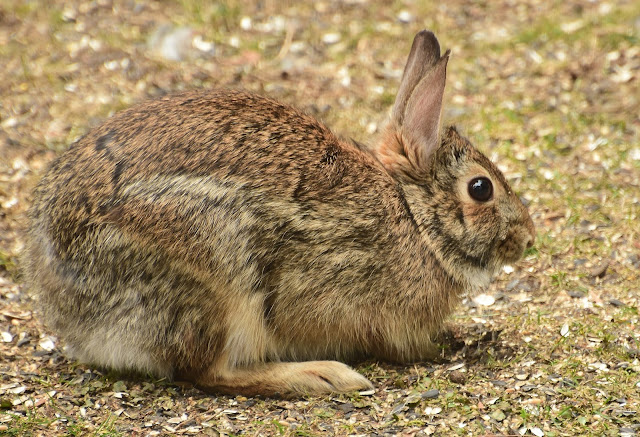 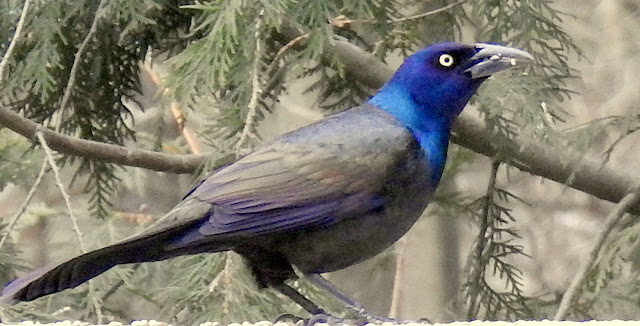 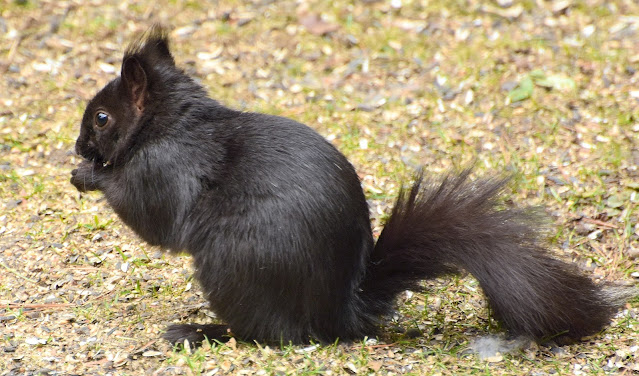 I nearly made a very stupid mistake a few days ago.  Still having some problems with my right eye I carry a small plastic bottle of Visine eye drops in the Jeep's second coffee cup holder.  I also carry a small plastic bottle of hand sanitizer in the same location.  Well, I guess you know where this is going.......  Ambling along a quiet country road, I reached for the Visine to give myself a shot in the corner of my bothersome eye.  Tipped up the plastic container and gave it a squeeze but nothing came out.  I was about to give it a second stronger squeeze when I suddenly realized I had the hand sanitizer container tipped up and not the Visine.  Close call.  Needless to say, the Purell hand sanitizer and Visine eye drops do not share the same location anymore!! 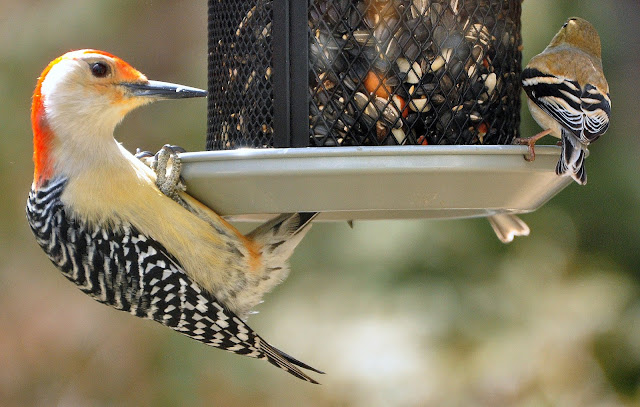 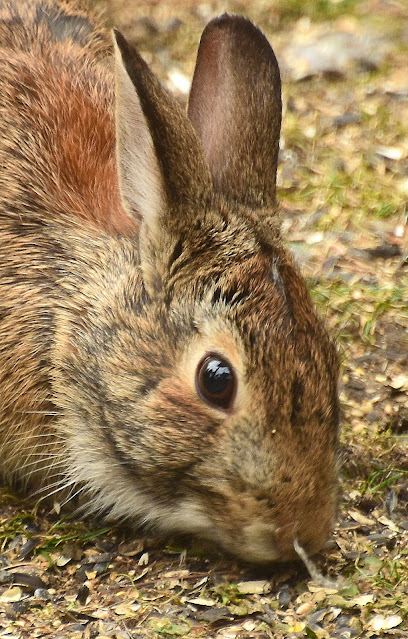 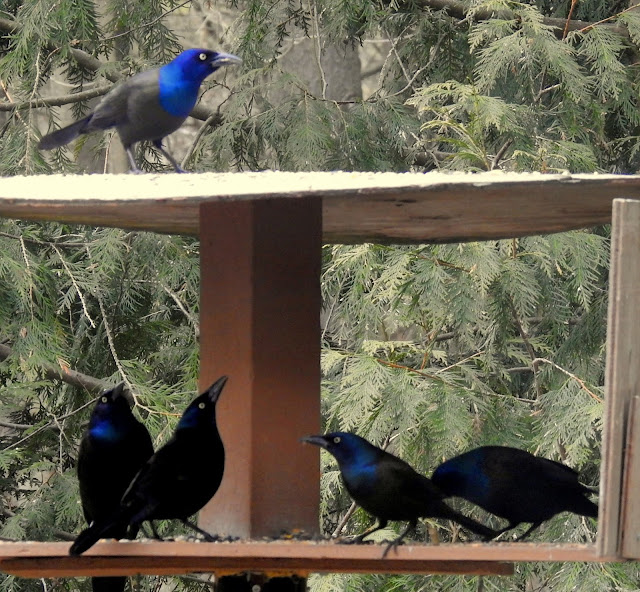 It was eleven years ago today we traveled one of the greatest scenic drives in Arizona.  The Apache Trail  And there is a photo of a bridge in this post that has similarities to Bayfield's new bridge when it is completed.
Ten years ago today we were hiking in Nevada's Valley Of Fire 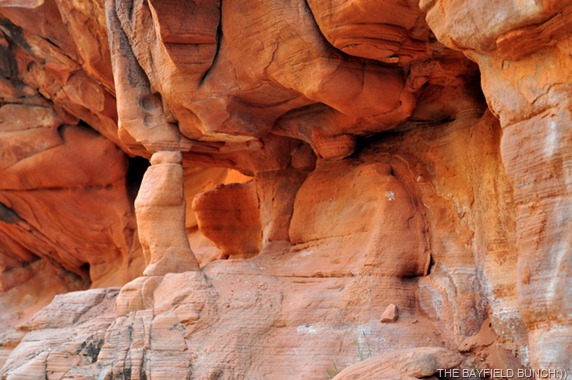 When someone asks you, 'A penny for your thoughts,' and you put your two cents worth in, what happens to the other penny?Why do croutons come in airtight packages? It's just stale bread to begin with!

When cheese gets its picture taken, what does it say?Why is a person who plays the piano called a pianist but a person who drives a race car not called a racist?Why are a wise man and a wise guy opposites?Why do overlook and oversee mean opposite things?'I am' is reportedly the shortest sentence in the English language. Could it be that 'I do' is the longest sentence?Do Roman paramedics refer to IV's as '4's?'Why is it that if someone tells you that there are 1 billion stars in the universe, you will believe them, but if they tell you a wall has wet paint, you will have to touch it to be sure?If Fed Ex and UPS were to merge, would they call it Fed UP?Do Lipton Tea employees take coffee breaks?What hair color do they put on the drivers licenses of bald men?I was thinking how people seem to read the Bible more as they get older, then it dawned on me . . . they're cramming for their final exam.

What do you say to comfort an English teacher?  They’re, there, their. 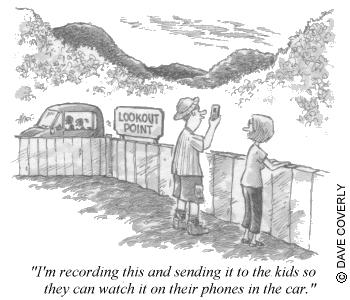 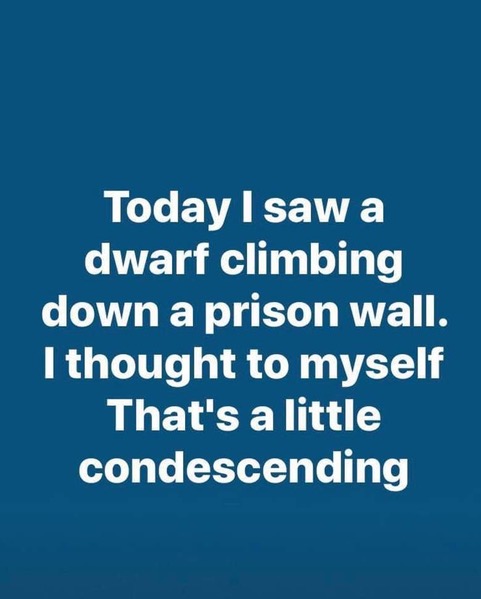