THE SNOW JUST KEEPS PILING UP

We woke up to a big dump of snow overnight.  Out on the highway later on my way to Clinton, north winds were causing ground drifting.  Roads had been plowed and visibility was about half a mile.  No problems making it to Clinton and I didn't see any overnight cars in the ditch.  I had an appointment with a Denturist at nine.
All was fine coming home except for small snowdrifts in the westbound lane.  Saw a number of snowplows and snowblowers busily clearing roads and driveways.  Snow shovelers out too.
I'm guessing we had about 12 inches of new snow overnight so I had my work cut out for me.  Instead of taking Pheebs for a Jeep ride I had myself busy with my well-used snow shovel.  Because of the depth of the new-fallen snow each shovel full was not only heavier but the snowbanks were getting higher.  Walking paths and the bird feeder area were priority so I concentrated on that for nearly half an hour before coming inside to rest up for round two.  Shortly before ten the clouds cleared enough for a big blast of sunshine to break through.  All the snow looked so pretty but I still had a lot of it to move around.  And nice to see some melting on the south side of the house where the Sun's rays were digging in.  Hmmmm, the Sun's digging in and I'm digging out.  How's about that for a conflict of interest eh.With sunshine beckoning, I cut my rest short and headed back outside to finish up my snow shoveling.  It soon clouded over and I was back inside again but at least my pathways were temporarily clear until the next snowfall which of course is predicted for later this afternoon.  Our day's high was 14F.At the time of posting this tonight, it is again snowing a bit.  At this rate I figure it will be about the middle of August before all this white stuff melts.
GROANER'S CORNER:(( What gender pronouns does a chocolate bar use?  Her/she.

You know you are getting old when the smile beside your bedside isn't that same smile. It's your teeth in a jam jar.

Officer: Do you know why I stopped you, son?Driver: Cause you thought I had some doughnuts?

Teacher: I wish you'd pay a little attentionPupil: I'm paying as little as i can, sir.

Teacher: Give me a sentence with the word "INDISPOSITION" in it.Pupil: I always play center in baseball because I like playing "in dis position!" 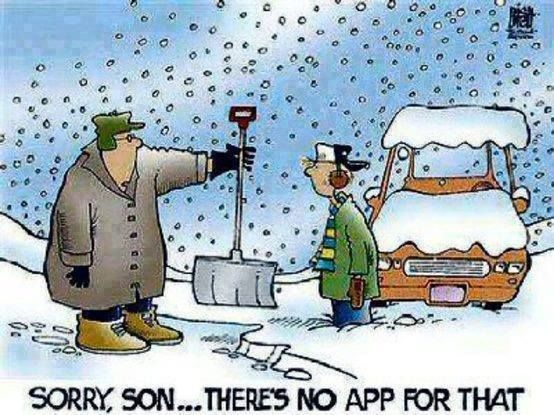 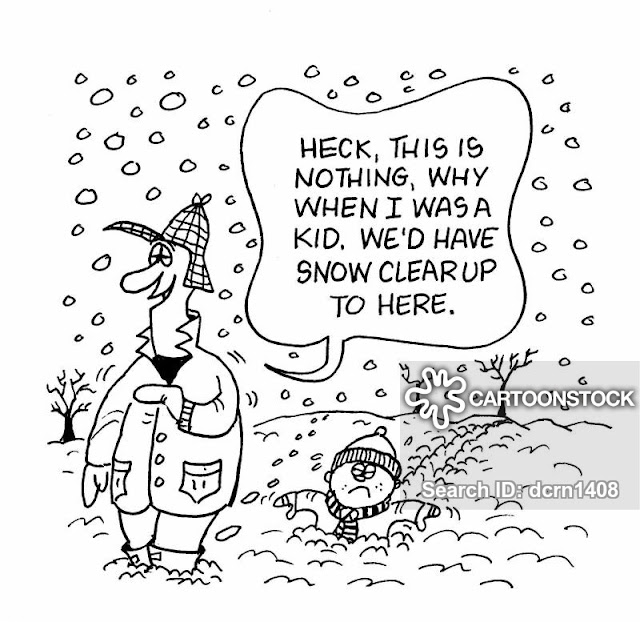