A few days ago I glanced at my watch and right away knew something was amiss.  I immediately realized I must be much further behind than where I actually was.  It was already late afternoon and my watch said 12:30.  'Awww Nuts' I surmised, the watch battery is dead.  Well, at least I hoped the battery was dead and not the timepiece's early demise itself.  Normally I would take the watch to a jewelry store in Goderich to have them put a new battery in.  But not so this time.   With most businesses closed up due to Covid my luck was fast running out.  So, now what do I do?  Just get used to being late to wherever I'm at I guess.  Wait, what is that I hear?  Hey, it's the sound of a trumpet and here comes the Cavalry over the hill to my rescue.  Well, not quite the Cavalry, but something much better.  It was our in-house master of all trades, ace in the hole handyperson Kelly to the rescue.  She wasn't long in grabbing a hammer and chisel to get the backplate off my watch.  Well okay, maybe it wasn't a hammer and chisel but it was her handy-dandy set of small screwdrivers she deftly handled to quickly take the back cover off my watch.  She soon had the situation and me under control and on one of her several trips to Goderich last week she picked up a replacement battery.  With no further ado, she installed that battery into the watch and put the rear plate black on.  Walla, just like that.  Needless to say, I was once again a happy camper knowing there would be no further excuse for me to be late with myself going to wherever it is I sometimes get to.  And that's important to me.  And how nice for a Bumblehead like me to have such a smart and handy wife around eh:))Although there were road closures overnight due to heavy snow squalls our area missed most of them and we woke up to a clear but cloudy morning.  Figured Pheebs and I would be good to go so we went.  North that is, up to Goderich.Despite knowing the two derailed diesel train engines and a number of train cars at Goderich's harbor had been removed and the site mainly cleaned up, Pheebs and I took a drive up there this morning to have a look around for ourselves anyway. Locomotives Removed From HarborfrontThe Polar Vortex we are presently caught in is steadily tightening its grip on us.  I know there are lots of colder places in North America than here but it is the dropping 18F temps right now that has my attention.

With a blisteringly cold wind blowing I had no intentions of venturing out of the house this afternoon at all.  Well, that was until an unexpected small parting of the clouds allowed a bright burst of uplifting sunshine into our sunroom whereupon it washed over me while I was squirreled away in my comfy recliner.  Minutes later Pheebs and I were out the door and on our way for an afternoon walk along the icy plowed roads back through the forest.  More and more pine trees coming down every day now and a local logging truck has been busy hauling loads to a sawmill somewhere in the area. 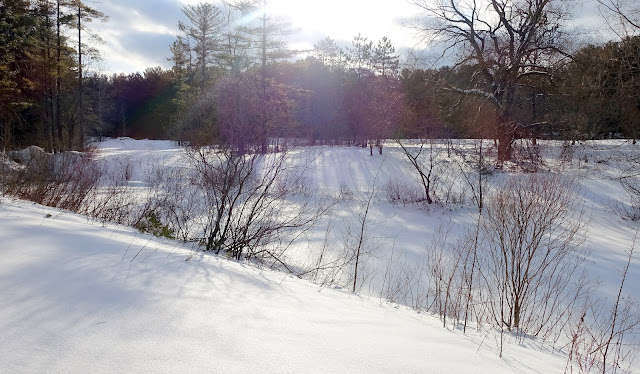 Twelve years ago today we had just started our Ranch Sitting adventures 28 miles southeast of Tombstone Arizona near a little place called McNeal.  We were so amazed by the huge flocks of Sandhill Cranes overhead.  And we were having quite a time figuring out which animals received which foods, and when.  Hundreds and Hundreds of Sandhill Cranes

Ever wonder how a Tesla Model S automobile is assembled?  Me neither, but in case your interested, check out this Tesla Robotic Assembly plant. 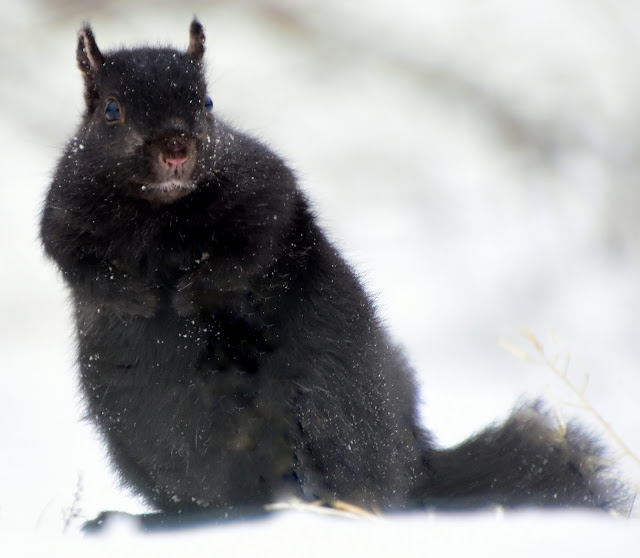 GROANER'S CORNER:((  A man who smelled like a distillery flopped on a subway seat next to a priest. The man's tie was stained, his face was plastered with red lipstick, and a half-empty bottle of gin was sticking out of his torn coat pocket. He opened his newspaper and began reading. After a few minutes, the disheveled guy turned to the priest and asked, "Say, Father, what causes arthritis?"  "My son, it's caused by loose living, being with cheap, wicked women, too much alcohol, and a contempt for your fellow man."  "Well, I'll be damned," the drunk muttered, returning to his paper.  The priest, thinking about what he had said, nudged the man and apologized. "I'm very sorry, I didn't mean to come on so strong.  How long have you had arthritis?"  "I don't have it, Father. I was just reading here that the Pope does."

I've finally told my suitcases there will be no vacation this year......Now I'm dealing with the emotional baggage 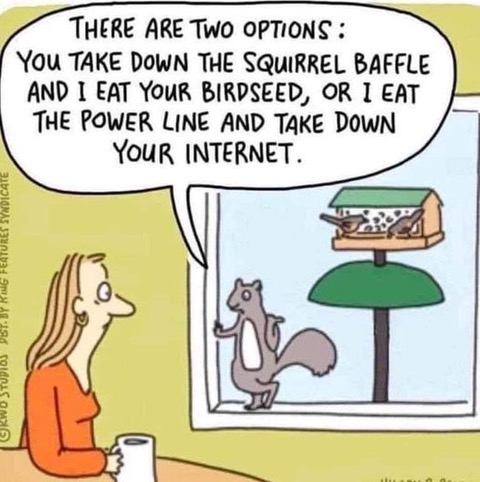 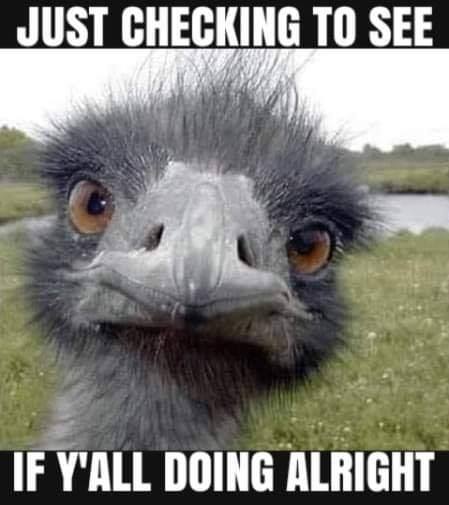