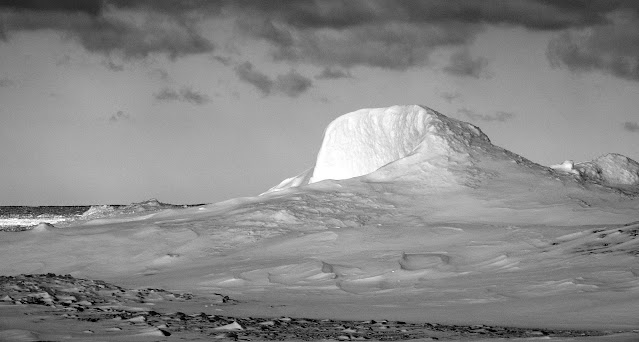 I was absolutely determined to start my post off with something, anything, other than the weather.  No easy feat for a Canadian I might add eh.  So, here goes........ 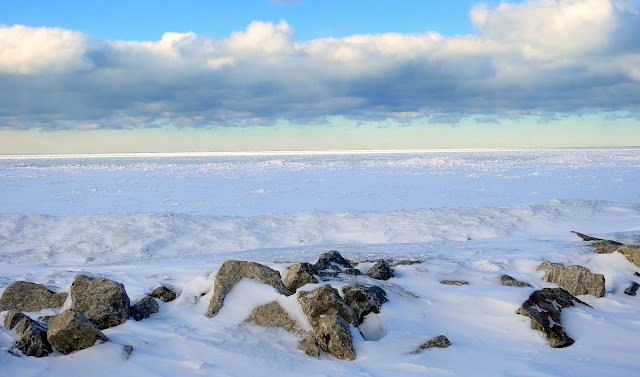 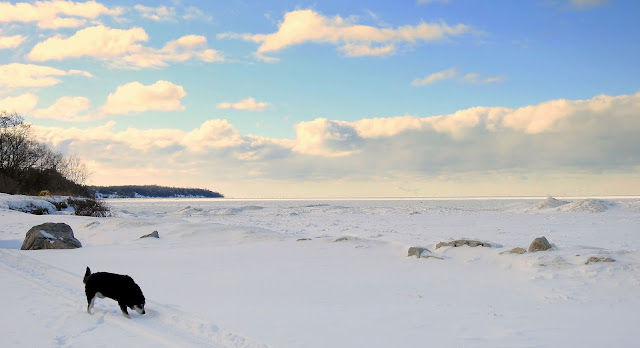 It may be coincidental or there may be something to it but since I started reading and researching information on the whole UFO phenomenon these past bunch of months I have noticed a slight change in myself.  Despite it being the most depressing time of the year for me and my susceptibility to mood swings and at times regular bouts of depression, I have been free of all that lately.  It occurred to me not long ago while relaxing in my recliner on the verge of an afternoon Siesta, that what I have been reading has not only been uplifting and encouraging but educationally refreshing as well.  Things I thought I would find, I didn't and things I didn't expect to find, I did.  And somewhere in that mix, those bouts of depression have lifted.   So, I will continue to read and research all the information I can on the whole 'UFO and Beyond' phenomena despite being a natural skeptic at heart.  And despite some absolutely bizarre and far-out stuff, this inquisitive mind of mine will continue to search for realistic answers.  Here are a few more books on the subject I have recently completed and added to my growing list of information.  Most of them are 'down to earth' so to speak and some of them very 'spacey' and very challenging to one's own sense of known or perceived reality.

'From Adam To Omega': An Anatomy Of UFO Phenomena by A.R. Roberts...This is a 500-page book with some really heavy slogging along the way but I toughed it out and made it to the end.  Glad I did.  There is a lot of food for thought in this book and it's a real mind-bender.  It will no doubt upset the proverbial apple cart for many.

'UFOs': What Is The Government Really Covering Up? by A.R. Roberts.  Lots of unanswered questions in this book too.

'Sacred Encounters': Spiritual Awakenings by Dr. Janet Elizabeth Colli.  This book is no doubt very interesting but it was over my head and I bogged down and didn't finish it.  I'll maybe try it again after I get a few more brain cells glued together

'The Andreasson Affair' by Raymond E. Fowler.  The more I read the more interesting everything gets and that sure included this book.  If any of this is true it's mind-boggling.

'The Utah UFO Display' by Frank B. Salisbury.  A lot of sightings in the Uinta valley and this is where the Skinwalker Ranch is located.  That whole Skinwalker Ranch thing is another whole bag of unknown black hammers.

'UFOs And The Extraterrestrial Message' by Richard Lawrence.  Another mind-stretching read.

'Unseen Forces:' The Integration of Science, Reality and You by Dr. Robert Davis.  No doubt an interesting read but this book was over my head and I didn't make it through.  Doctors sometimes have a habit of talking in terms and using big confusing words.  Well, for people like me anyway.

'UFOs And Extraterrestrials Are As Real As The Nose On Your Face' by Lou Baldin.  Another mind-bender of a book and this one is written in a very different style than any of the others I have read.  It's done in a question-and-answer format and whether a hoax or the truth, it is definitely interesting if you can read it with an open mind.

'Somewhere In The Skies' by Ryan Sprague.  In conjunction with the other books, this book doesn't leave much doubt as to what could very well be going on.  Notice I said 'could be' and not 'is'.

From Outer Space To You' by Howard Menger.  If only there was a fool-proof way of knowing what is fact, fiction, imagination, pure hoax, or reality.

'Letters Of Love And Light': Four Decades Of UFO Encounters, Experiences, and Sightings, by Katie Gibroski.  Based on Dr. Leo Sprinkles extensive files.  Can there be any doubt about the existence of UFOs??

'Breakthrough': Book 111 Of The Communion Series by Whitley Strieber.  This was the fourth book I read by this fellow and if he can be taken at his word then it is truly staggering what this supposed interaction between humans and 'visitors' could be about.

UFOs: Myths, Conspiracies, and Realities, by Colonel John B. Alexander Ph.D.  This is a no-nonsense book by a top American military commander high up in the U.S. Government who takes the reader through an in-depth look at the Government's dealings with the whole UFO thing.  Not being a 'government oriented' type person it was a bit of a slog for me to get through but once again I'm glad I stuck with it.  I would recommend this book to anyone looking to cut through a lot of Government gobbely-gook and get to the confusing heart of what or hasn't been going on with Washington over the years.  There are a lot of answers and explanations in this book and I do believe the well-respected author is probably telling the truth.  One thing he said though kind of threw me a curve.  Having read Col. Philip Corso's book 'The Day After Roswell' about ten years ago I had a feeling Corso was telling the truth about what he saw and did, but Alexander, who knew Corso says, 'not so fast and here's why'!!  It was Corso's book that initially set the stage for my interest in the whole UFO phenomena.

I am currently reading 'The Uninvited' by Nick Pope. Pope, at one time was head of the British Government's Ministry of Defense. It was Pope's responsibility, among other duties, to investigate UFO phenomena and to determine if they had any defense significance.  Pope, at first a UFO sceptic, changed his mind after investigating many reported UFO sightings.

So in my opinion, three things are much clearer to me now having read all these and other books.  1. Yes, there are UFOs.  2. Yes, there are Extraterrestrials.  3. Yes, there has been interaction between Humans and Extraterrestrials.  Having that out of the way I went much deeper into this whole subject matter looking for answers as to who or what is powering these UFOs, why are they here, and where do they come from?  If one can read these books and watch the TV documentaries, etc. with an open mind and a willingness to learn and explore things both inside and outside the box, one can find some very mind stimulating things.  I believe there is much, much, more to all this than our minds can comprehend and I've had that feeling for years now.  Up to this point, I have read approximately 35 books by a variety of authors on the subject, and in the words of Dr. Leo Sprinkles, "It is an exciting time for human knowledge and cosmic consciousness."  And of course, there is a bottom line to all this too.  What is believable and what is not??  And therein lies the rift.............

RYAN: Why were there only 18 letters in the alphabet? 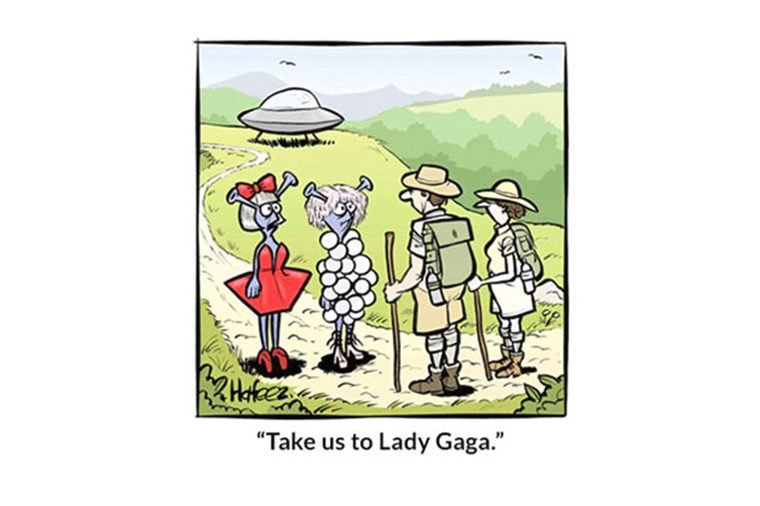 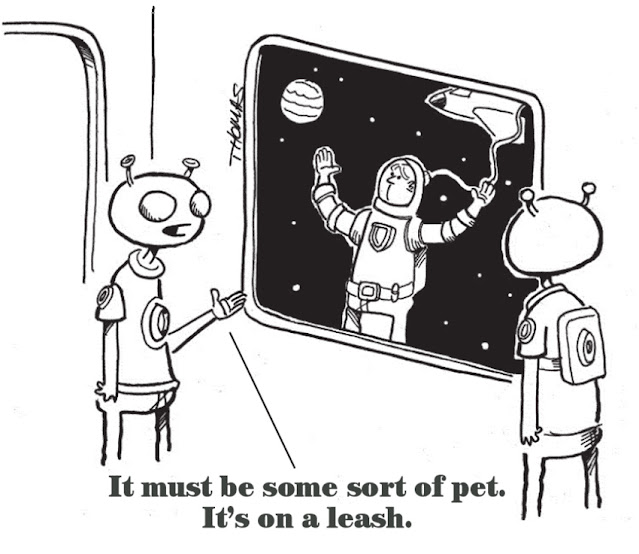