I HAVE BEEN KNOWN TO DO THINGS LIKE THAT

Snowing lightly under a heavy grey cloud cover as Pheebs and I rolled out the driveway heading for Bayfield.  Today is the second big arch lift for the new bridge on highway 21 spanning the Bayfield River.  Not to worry, I'm not going to inundate y'all with another whole bunch of bridge construction photos because it was basically the same procedure as the first arch.  Not much going on at the site yet so we rolled north up highway 21 and turned right onto a country road about three side-roads up.  At this point, it began snowing very heavily so we took our time and snapped a number of photos along the way.  With all its downsides, winter can sure be pretty when it wants to be. 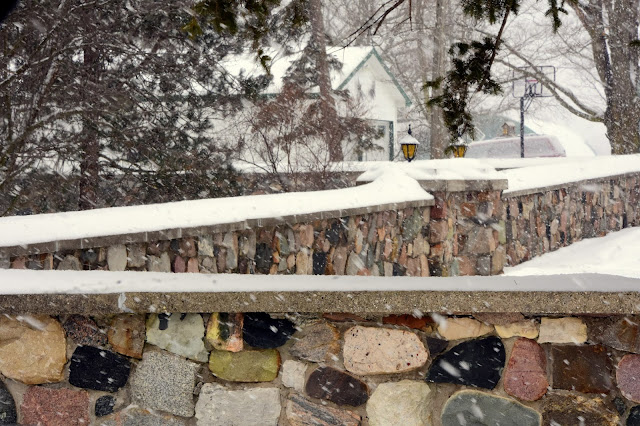 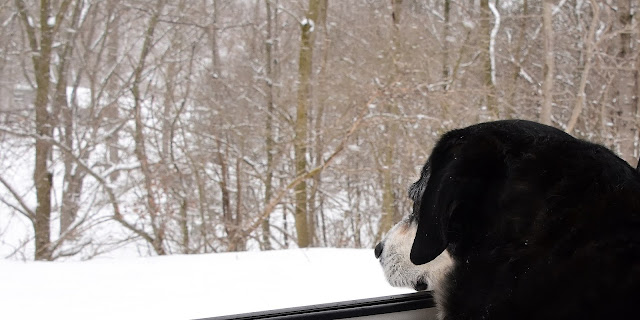 Of course, I went and took way too many photos again so I'll try and catch them up over the next few days.  I should really try leaving my camera at home more often.  Ya right, as if I could ever do that eh. 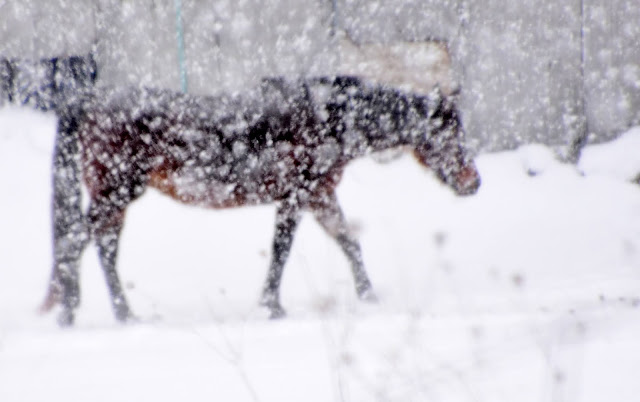 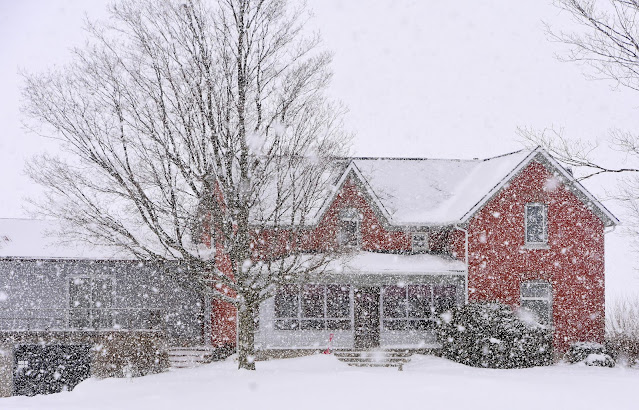 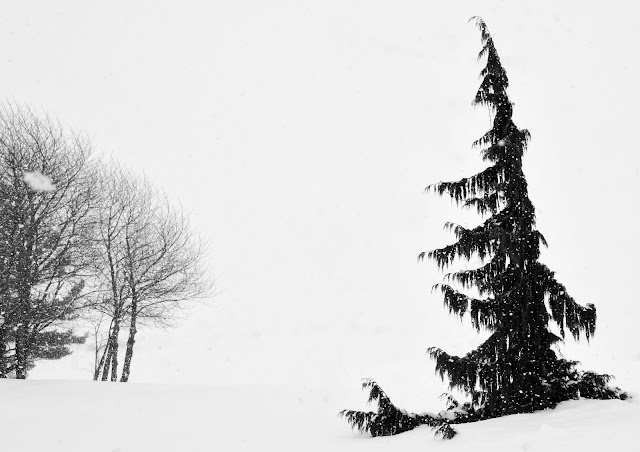 Heading for home we circled back down around the bridge construction site and they had the arch standing upright in the parking lot.  I figured it wouldn't be long before they swung it over the bridge but I wasn't interested in sitting around waiting for a picture of that so Pheebs and I headed home.  You can see and read about today's lift HERE.  I did slip back to the site around 1 p.m. and the arch had already been moved into place and secured. 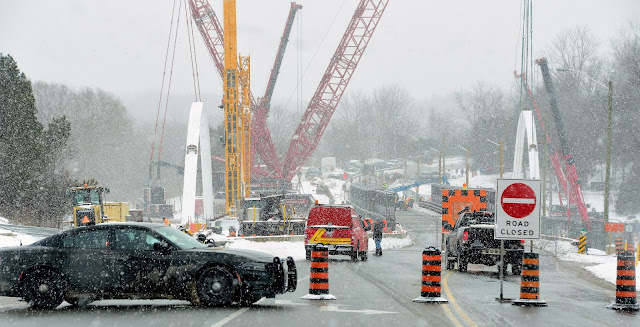 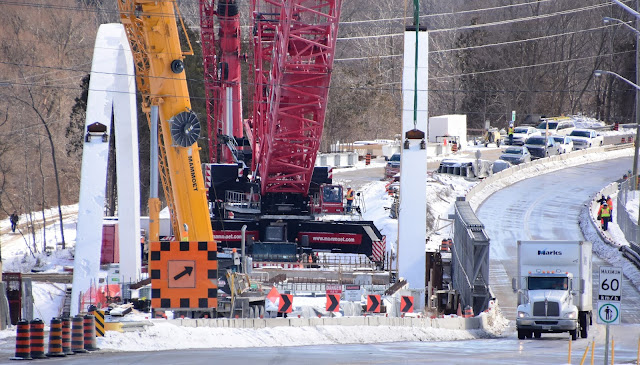 Home again I of course was right away on the end of my snow shovel.  I figure if this snow keeps up I am probably going to need an operation by the end of winter to surgically separate the snow shovel from my hands.   Surprisingly, the Sun dropped in by late morning and thankfully stayed for the rest of the day.  Invigorated by that I was soon outside and up-top of my tall ladder with a long rubber brush in hand pulling snow down off Scooter's roof.  It is about a foot and a half deep up there.  I will try to get a bit more off Friday, careful of course not to end up with a TV antenna and a couple of vent covers on the ground.  I have been known to do things like that:(( 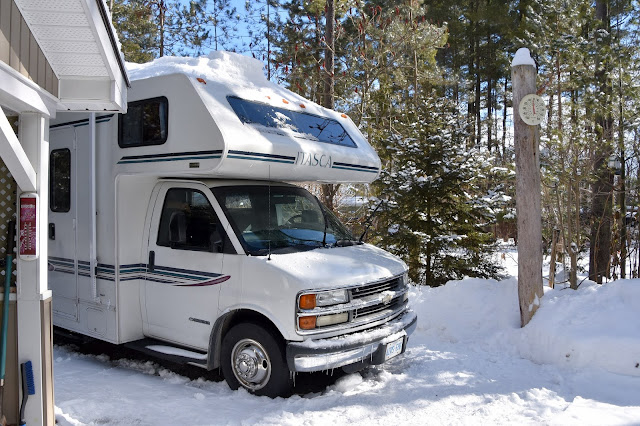 GROANER'S CORNER:(( Smith goes to see his supervisor in the front office. "Boss," he says, "we're doing some heavy house-cleaning at home tomorrow, and my wife needs me to help with the attic and the garage, moving and hauling stuff."  "We're short-handed, Smith" the boss replies. "I can't give you the day off."  "Thanks, boss," says Smith "I knew I could count on you!"

A small boy was lost, so he went up to a policeman and said, "I've lost my dad!"The policeman said, "What's he like?"The little boy replied, "Chips and beer." 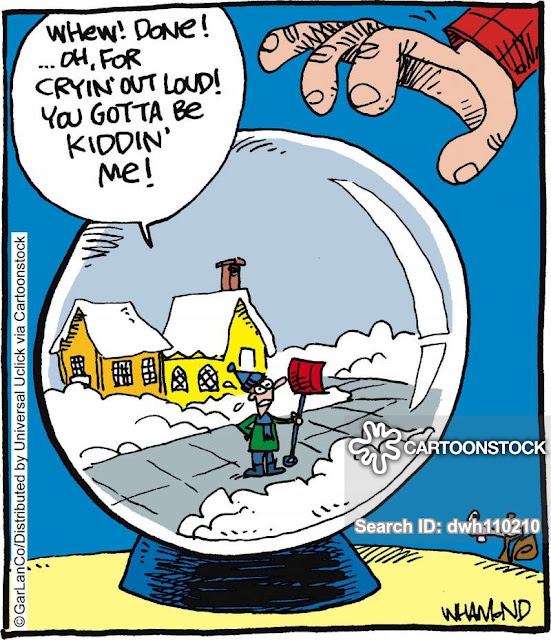