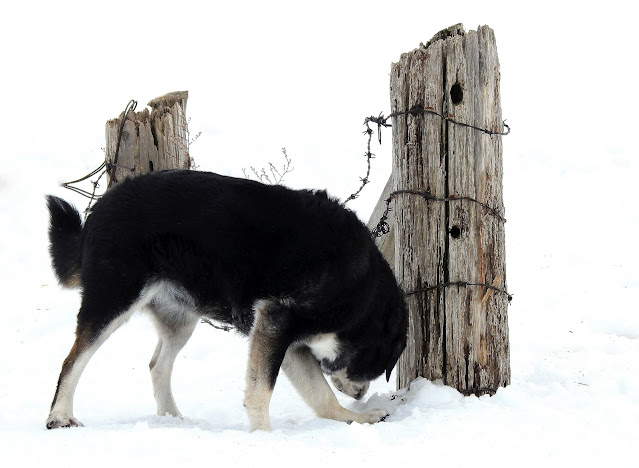 Sometimes it's nice to hear things go bump in the night.  In our case, it was big chunks of heavy snow sliding off our roof and thumping to the ground.  Nearly half our roof on the northwest side is already free of snow and ice.  And for the first time in a very long time our overnight temps didn't dip below freezing.  'Goody Goody Gum Drops':)) (now how's that for an old saying)On a swing through Bayfield this morning I noticed the big Mama Crane is being dismantled.  Flat-bed 18 wheelers were lined up to transport the long sections of the crane's boom.  When the crane part is all disassembled the crane will be driven to it's next location.As usual, it was quietly peaceful in the countryside.  Nice to see the gravel roads reappearing from under all the built-up ice and snow.  Noticed a few patches of dirt showing through in a couple plowed fields and for the most part, Pheebs and I were able to have our front windows down. (heater going of course) 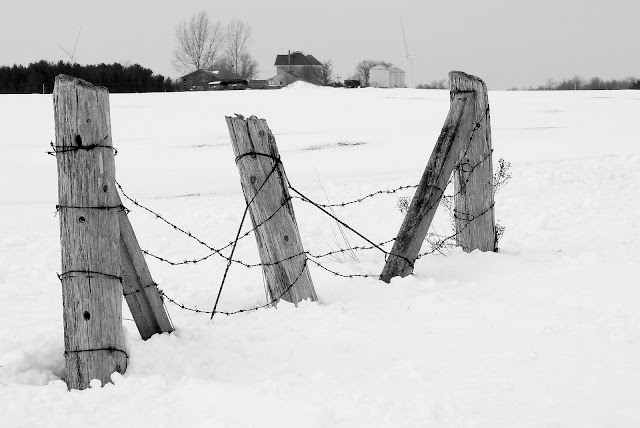 Home about 10:30 I was again outside with snow shovel and snow rake.  Wasn't really any new snow to shovel but I just touched up a few areas and shoveled some of the snow off the paths where I had pulled snow down off the roof.  And I can see a bit of shrinkage in our large snowbanks.  All in all, it's just nice being outside in these balmy 41F temps.  Makes one almost want to kick up one's heels and shout 'Yahouie Louie':)) 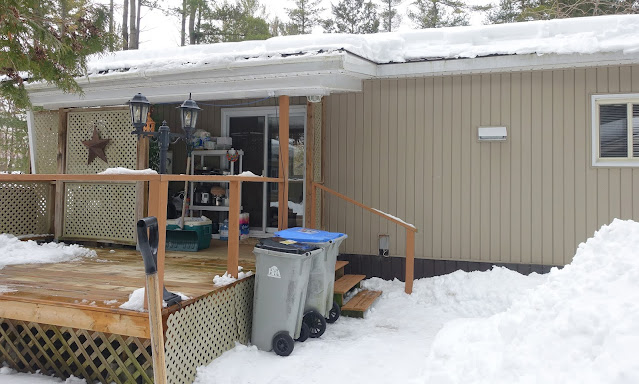 Due to the really cold and snowy weather lately, Pheebs and I hadn't been out for an afternoon walk for awhile.  Still too much snow on the bush trails but we did get out for a walk on the recently plowed new roads that run back through the bush.  Felt good to get the legs going again.  I will be so glad when this snow melts and we can walk the quiet bush trails again.It was a small Class C Shamrock RV I saw in Clinton Ontario over 30 years ago that set my mind to dreaming about RV travels.  Shamrock RV

GROANER'S CORNER:((    A man was sitting in a bar and noticed a group of people using sign language. He also noticed that the bartender was using sign language to speak to them.  When the bartender returned to him, the man asked how he had learned to use sign language. The bartender explained that these were regular customers and had taught him to speak in sign. The man thought that was great.  A few minutes later the man noticed that the people in the group were waving their hands around very wildly. The bartender looked over and signed, "Now cut that out! I warned you!" and threw the group out of the bar.  The man asked why he had done that and the bartender said, "If I told them once I told them 100 times - no singing in the bar!" 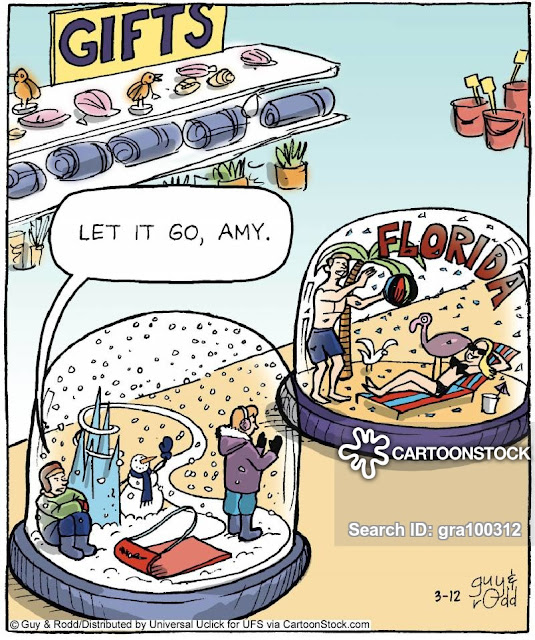