WELL AT LEAST FOR A FEW DAYS ANYWAY......AND ANOTHER WINTER WONDERLAND

Knowing a snow-laden storm was headed our way Friday we didn't even notice as it passed quietly through our area under a cloak of darkness.  On awakening this morning we were welcomed by a beautiful Winter Wonderland outside our windows and I knew right away all the snowy sculptures before my eyes could only have been created by a whole host of whimsical little Snow Fairies. 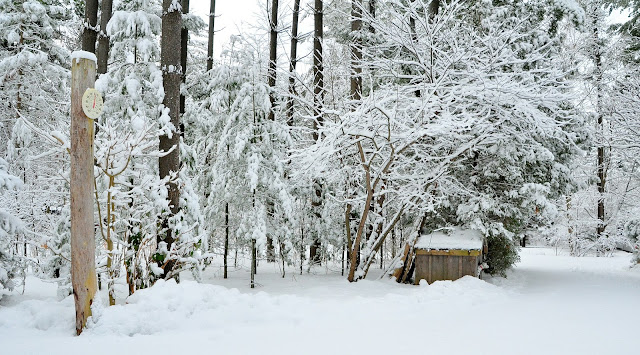 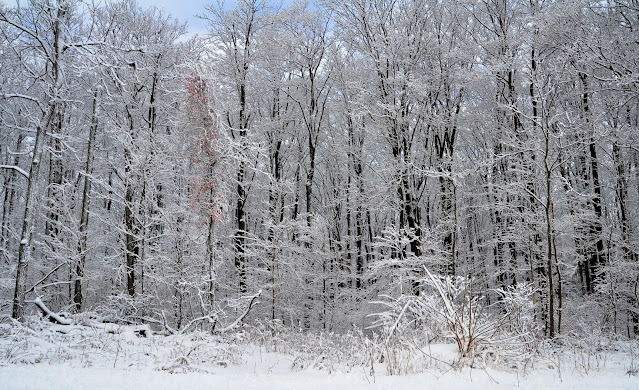 I've been a little surprised area snowplows haven't been out early clearing our snowy roads.  I'm sure if the school buses were running the plows would have been out even before the crack of dawn.  I again had to keep the Jeep in 4-wheel drive on the ice and snow-covered roads. 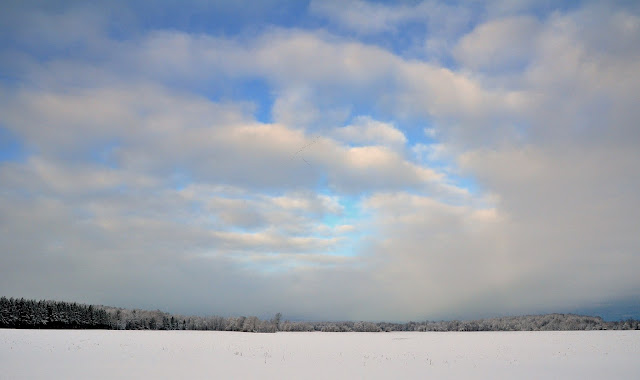 The countryside was beautiful and even more so when an occasional burst of sunlight popped through the clouds and lit up the white landscape with snow hanging heavy on the tree limbs.  Temperatures were rising so I knew the winter grandeur I was seeing would soon begin to melt and drip off all those snow-covered bare limbs and green tree boughs. 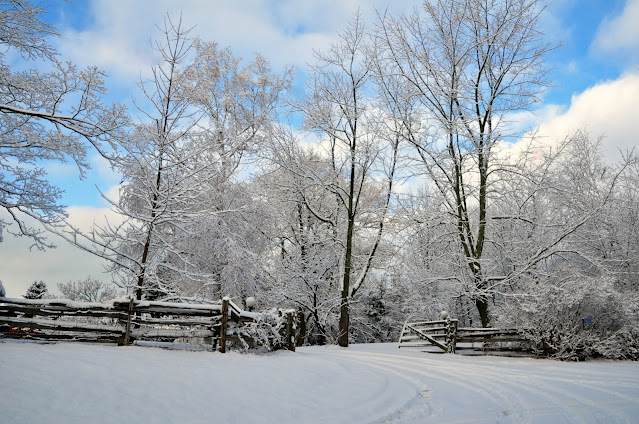 Home again around 10:30 I quickly got onto the end of my snow shovel and began clearing my paths.  Had only snowed a couple inches but now that temps had come up the snow was wet and very heavy.  Each snow shovel full weighed about 3.6 tons and by the time I finished the paths and half the driveway, I could feel my muscles beginning to protest. 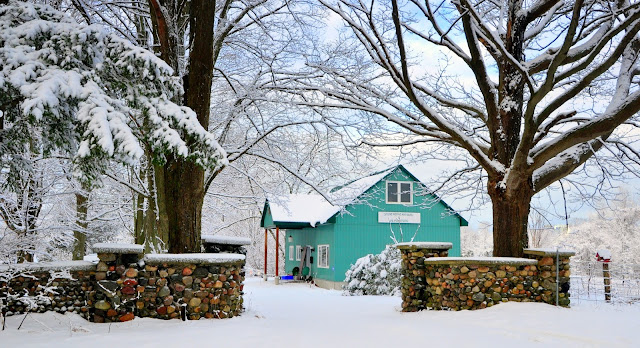 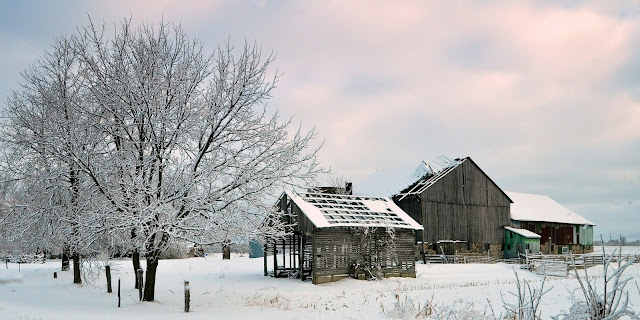 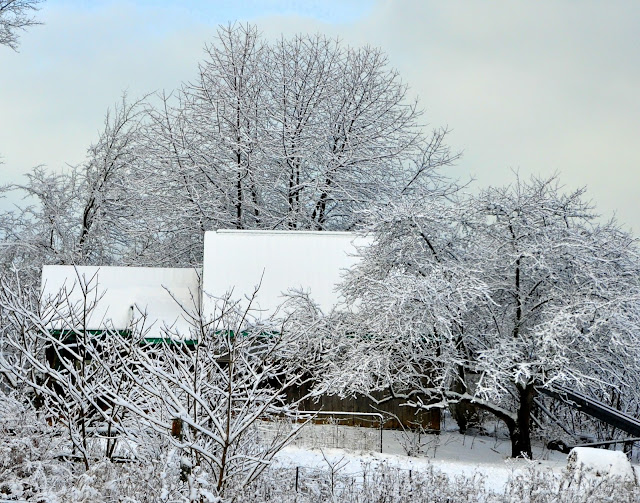 Kelly needed a few things at Bayfield's Foodland so all three of us piled into the Jeep and headed into town.  First stop was to pick up some birdseed at the Porter's Hill Birdseed Company  While in Foodland Kelly picked up a couple chicken wraps at the deli counter and while stopped at Michael's Pharmasave Pheebs and I got into the wraps:)) 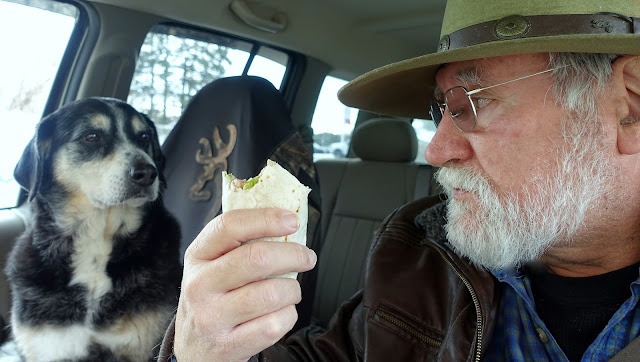 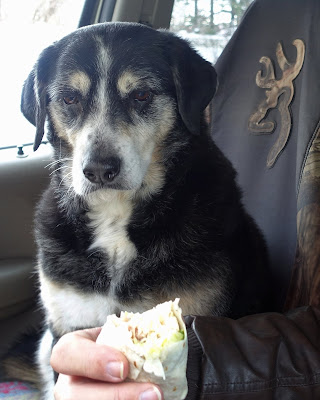 I have noticed over the past few months I have slowly been turning into a bit of a night owl.  Wasn't that long ago I was falling asleep usually around 11 but lately I am finding myself wide awake well past midnight sometimes.  Last night the clock was pushing 2 a.m.  I think the last time I was ever up that late was probably in my drinking days over 40 years ago.  No wonder I fell asleep in my sunroom recliner this afternoon for nearly 3 hours. 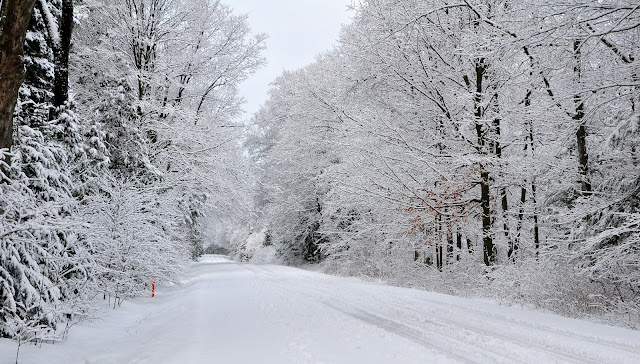 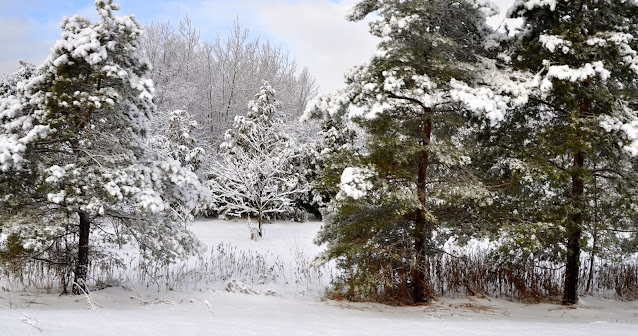 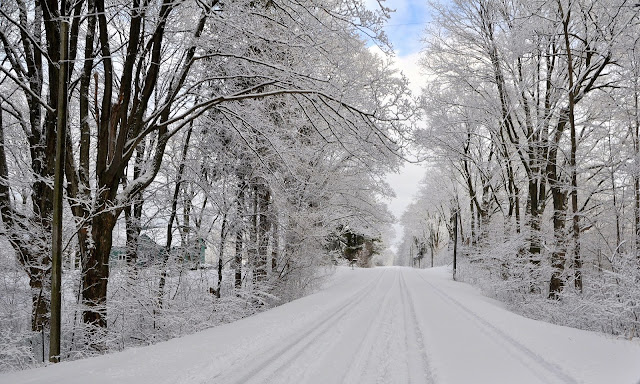 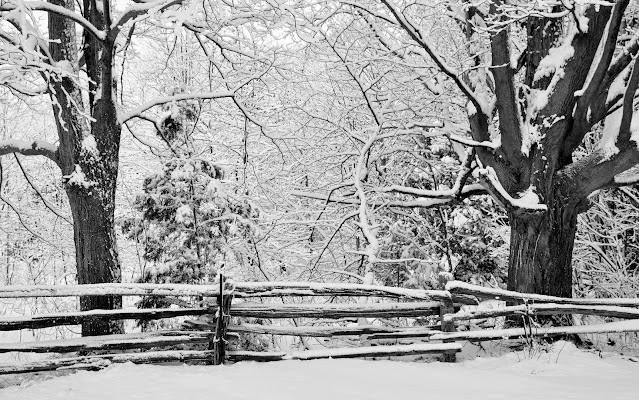 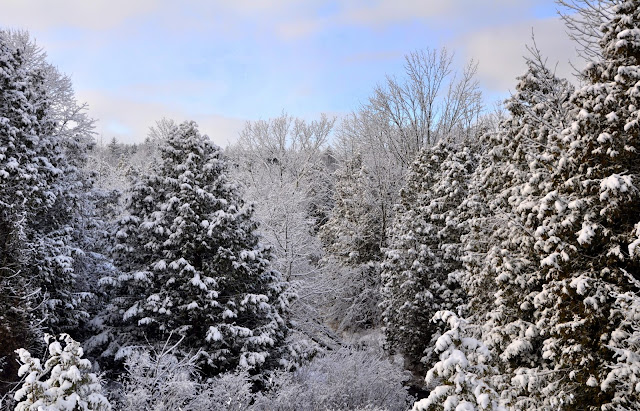 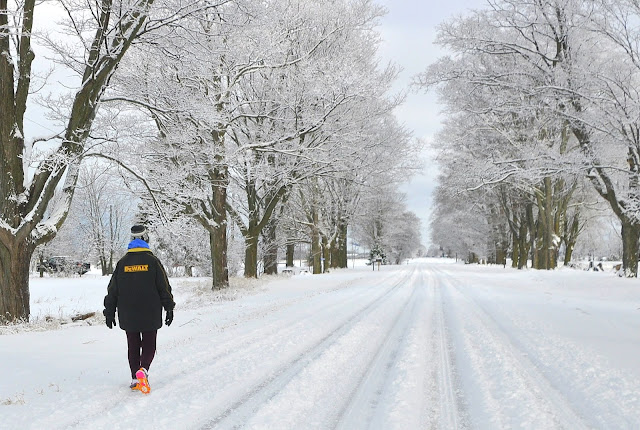 Only one more day to go before my daily internal time clock returns once again to some form of a normal routine.  These Christmas holidays not only messed up my own sense of time but many other folks I know as well.  Although I have a habit of complaining about 'dull and boring' I will be glad to have both feet back on some predictably scheduled dulled boringness again.  Well, at least for a few days anyway..........................
GROANER'S CORNER:(( A little girl asked her father:  "How did the human race appear?"  The father answered, "God made Adam and Eve; they had children; and so was all mankind made."  Two days later the girl asked her mother the same question.  The mother answered,  "Many years ago there were monkeys from which the human race evolved."  The confused girl returned to her father and said, "Dad, how is it possible that you told me the human race was created by God, and Mom said they developed from monkeys?"  The father answered,  "Well, Dear, it is very simple. I told you about my side of the family, and your mother told you about hers."

A kindergarten teacher asked: “What is the shape of the earth?"  After a pause, a little girl spoke up: “According to my Daddy…terrible!” 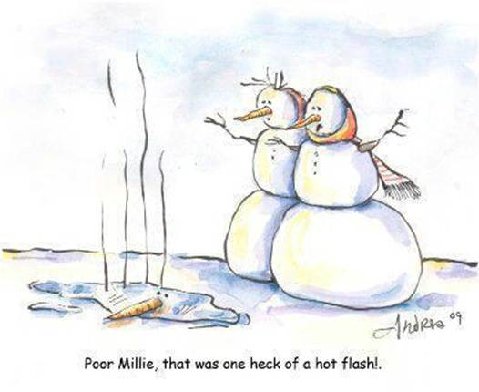