My anticipated and hoped for early sunny Sunday morning sunrise did not materialize.  Skies remained cloudy until noon when a few rays of diffused sunlight managed to squeak through the gray overhead cover.  Clouds eventually cleared even further and we actually saw sunlight and a few patches of blue sky later in the afternoon.  Had a few things to pick up in Goderich this morning so Pheebs and I headed up Porters Hill Line.  It was a strong cold east wind blowing snow across the north-bound lane.  No sign of any snow plows being out so Pheebs and I plowed our own tracks through the small foot high drifts.  Could have gone around them but what would be the fun in doing that eh.  I did make one silly mistake though.  Pheebs was pawing at the east-facing passenger side window wanting it down.  Without thinking I lowered the window.  So yep, the next little drift we plowed through we ended up with about half of the drift inside the Jeep.  Pheebs, with a bewildered wide-eyed look on her face, had turned into a little snow cone.  I was quick to get that window back up again and crank the heater up an extra notch.

Coffee to go at McDonalds and it was down to the harbor with us.  The large bulk-carrier ship Algoma Intrepid was at the southern salt dock taking on a load of rock salt.  I saw one of the harbor tug boats busy ahead of the large freighter breaking up the ice around the harbor mouth. The road to the cove was not open all the way so we turned around and headed back noticing a second freighter (Algoma Niagara) at the salt dock on the north side of the salt mine.  A few photos and we were soon on our way home.  Came back heading south on Porter Hill's Line but it still hadn't been plowed.  The southbound lane was fine with only the northbound lane still continuing to drift in.  Our weather channel has issued a 'blowing snow advisory' for overnight and it looks like we have another load of snow coming around the end of the week.  If this keeps up we may have to trade our Class C in for a snowplow. 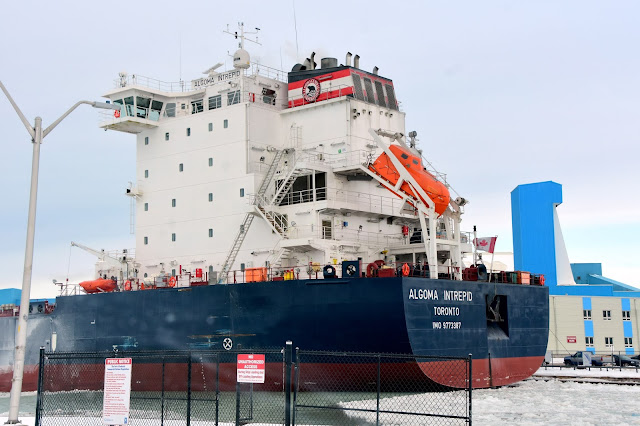 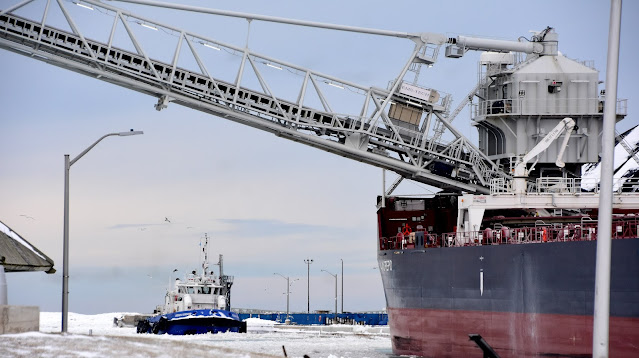 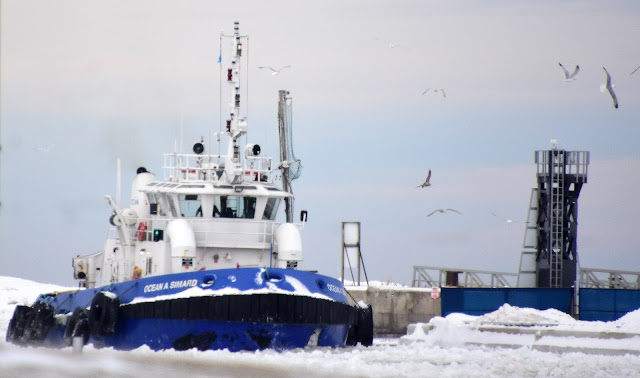 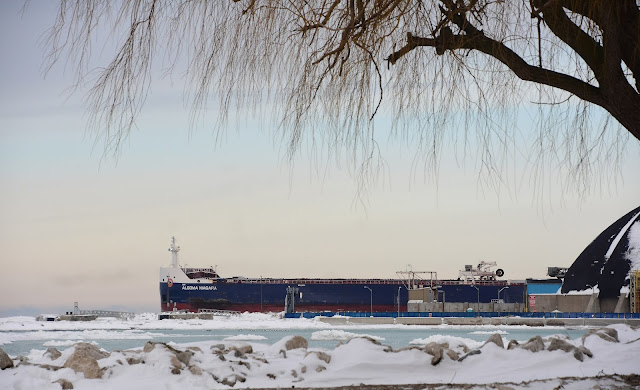 Despite the nice looking sunny afternoon, the bone-chilling wind from the east was still blowing hard and there was no way Pheebs and I were going for a walk in that.  No need for a frost-bitten face!!GROANER'S CORNER:((    A Dutchman was explaining the red, white, and blue Netherlands flag to an American.  "Our flag is symbolic of our taxes. We get red when we talk about them, white when we get our tax bills, and blue after we pay them."  The American nodded. "It's the same in the USA only we see stars too!"

My GPS just told me to turn around...Now I can’t see where I’m driving.

A Polish immigrant went to the DMV to apply for a driver's license.  First, of course, he had to take an eyesight test. The  optician showed  him a card with the letters:  'C Z W I X N O S T A C Z.'"Can you read this?" the optician asked."Read it?" the Polish guy replied, "I know the guy." 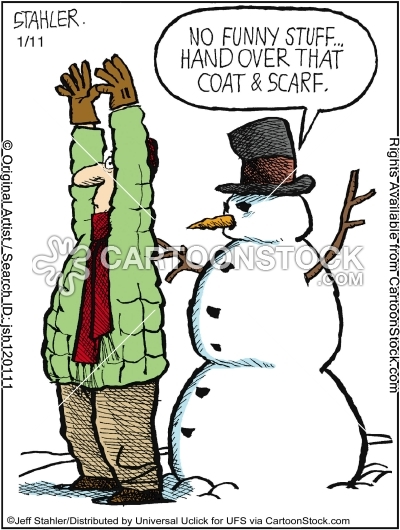 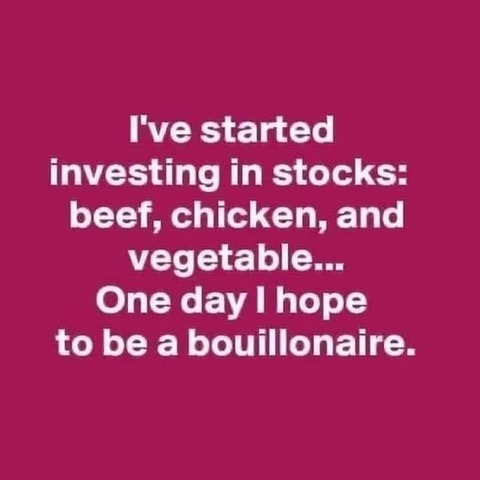