THEN IT'S TWO TO GO UNTIL APRIL FOOLS DAY

With snow squalls periodically coming in off the lake Pheebs and I headed off to Goderich.  Roads were snow-covered and visibility wasn't too bad.  Snowing and blowing one minute, clear the next. 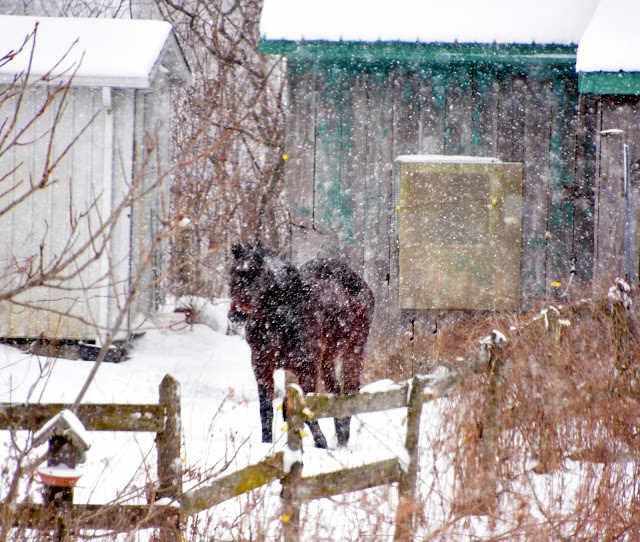 Down to the Cove we went but didn't get out of the Jeep because of the freezing winds.  Quick stop at Walmart and we were home again. 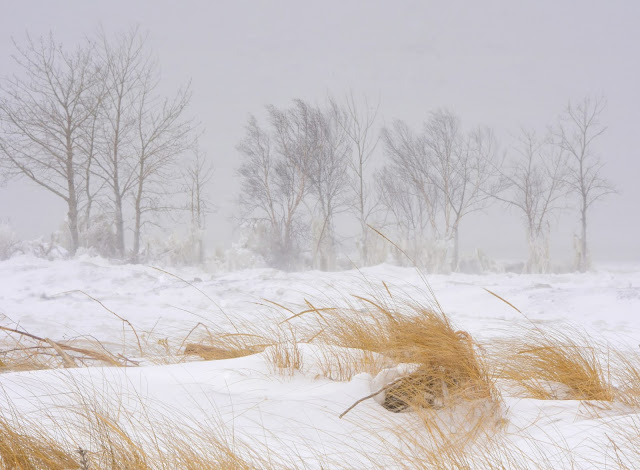 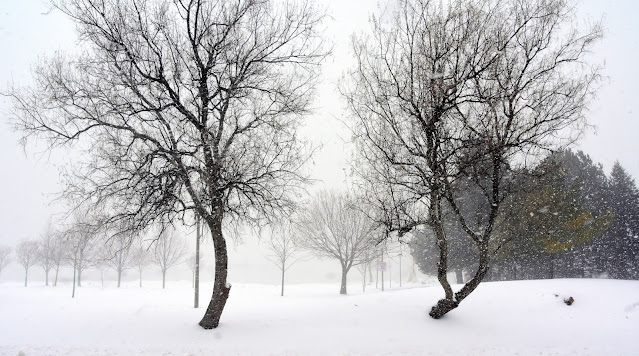 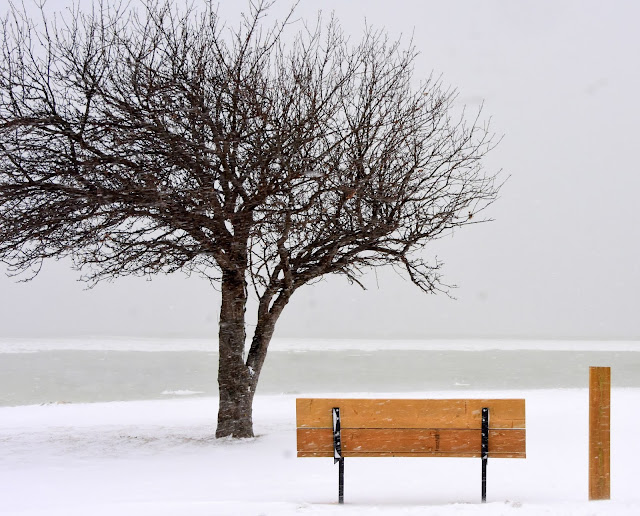 With snow shovel in hand, it only took me about twenty minutes to clear my paths before heading inside.  With the wind chill factor making our 21F feel like 5F I could not muster up any enthusiasm for an afternoon doggy walk.  Snowed most of the afternoon as well.  Winter certainly has us in its grip.  But, we're quickly closing in on the end of January and we'll soon have another winter month thankfully behind us.  Then it's two to go until April Fools Day:)) 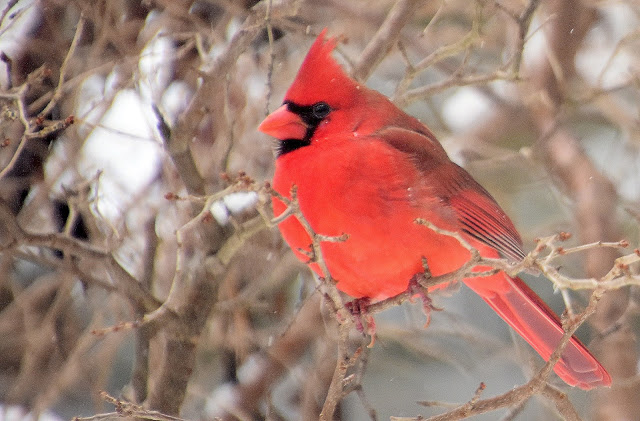 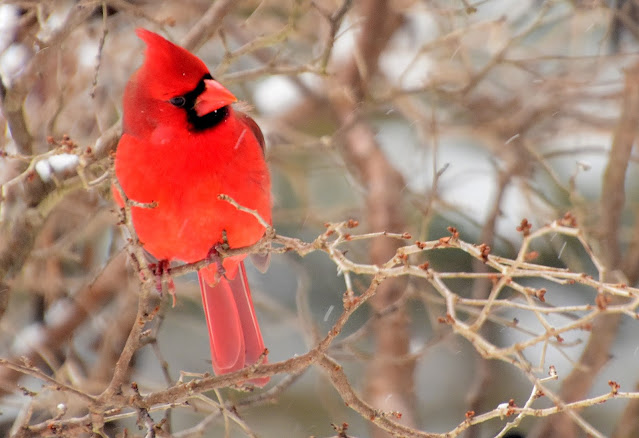 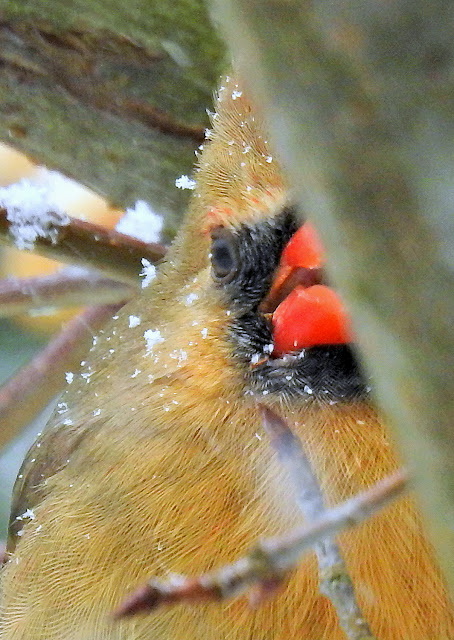 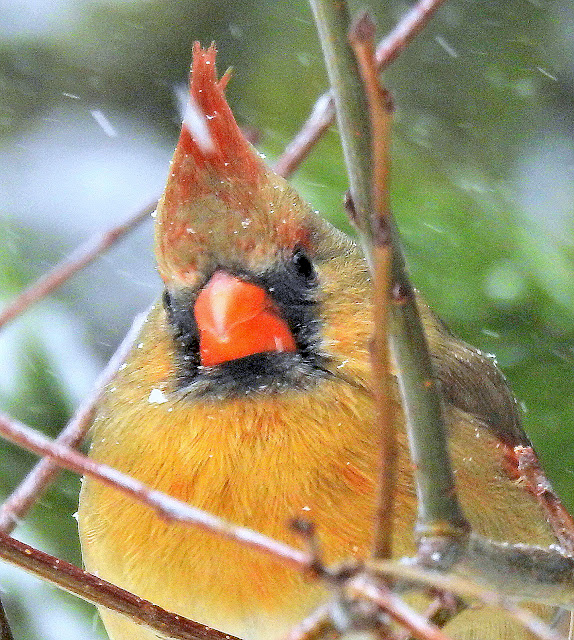 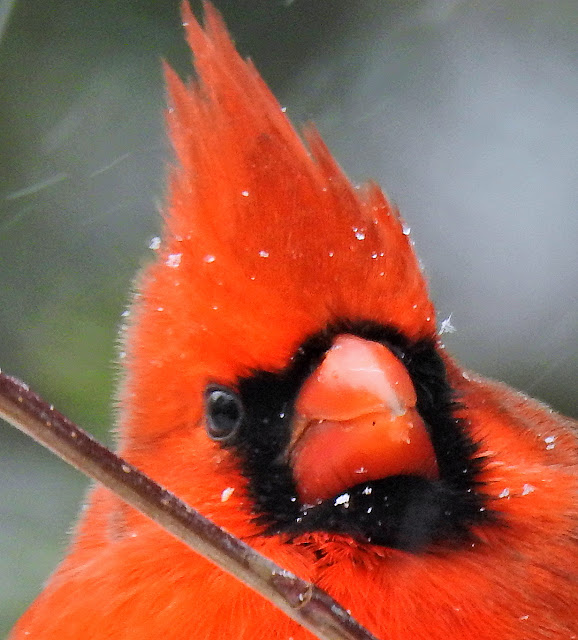 GROANER'S CORNER:((  A kindergarten student was having trouble putting on his boots and asked his teacher for help. Even with her pulling and him pushing, the boots still didn't want to go on. Finally, they got both boots on. She grimaced when the little boy said, "They're on the wrong feet."  Sure enough, they were. The teacher kept her cool as together they worked to get the boots back on - this time on the correct feet. The little boy then announced, "These aren't my boots." The teacher sighed and pulled the boots off.  The boy then said, "They're my brother's boots. My Mom made me wear them."  The teacher felt like crying, but she mustered up the strength to wrestle the boots back onto his feet. "Now," she said, "where are your mittens?"  The boy replied, "I stuffed them in my boots...." 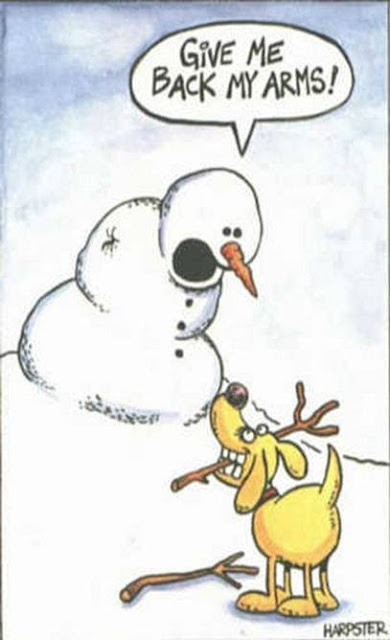 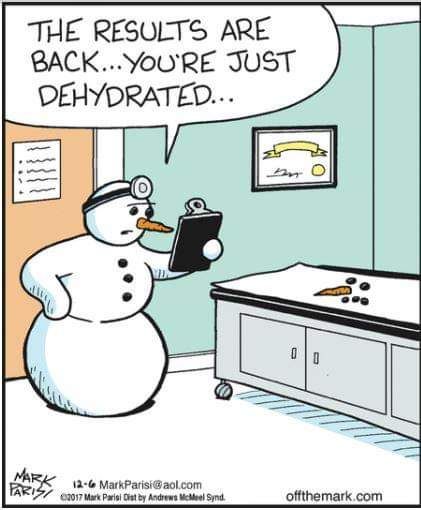