WE HAD OURSELVES A WINTER WONDERLAND KIND OF DAY

Snow came in the night leaving us once again with a winter wonderland upon awakening.  A welcome change from dull, gray, and wet.  Winter can sure be pretty when it wants to be. 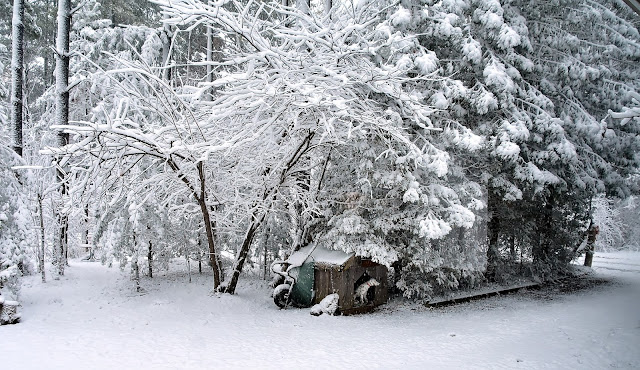 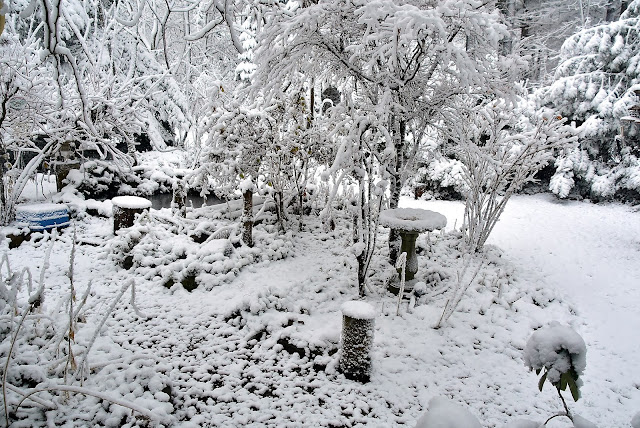 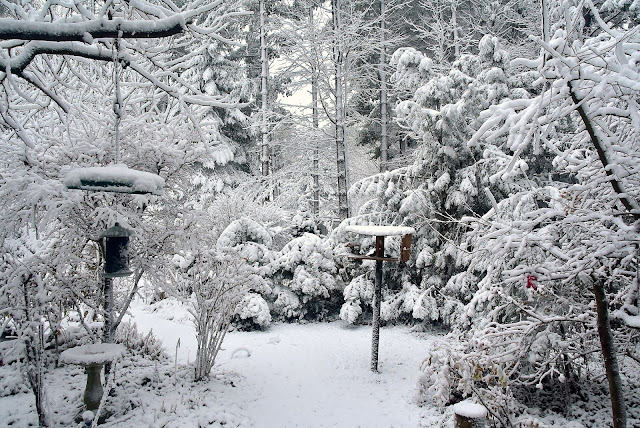 With snow-covered roads, I slipped the Jeep into 4-wheel drive and we were off to Goderich with the slippery roads being no problem at all. 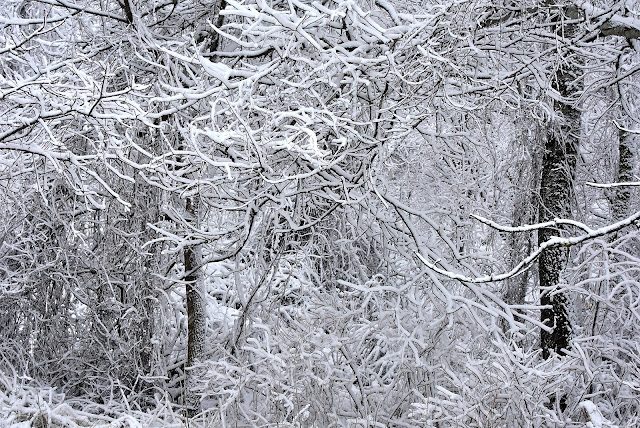 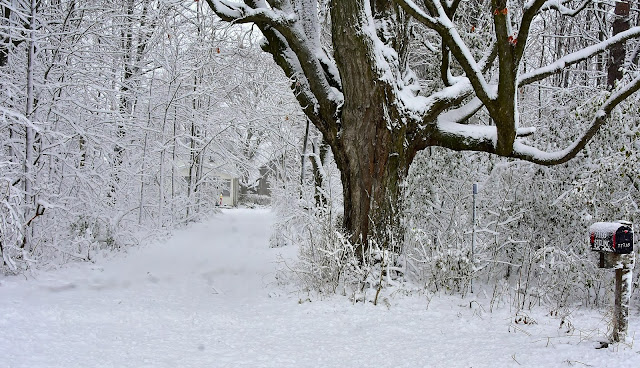 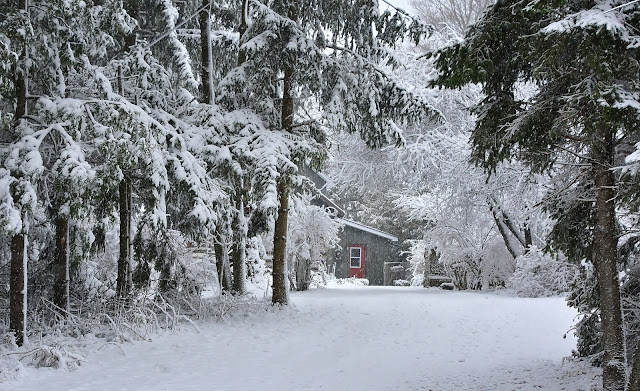 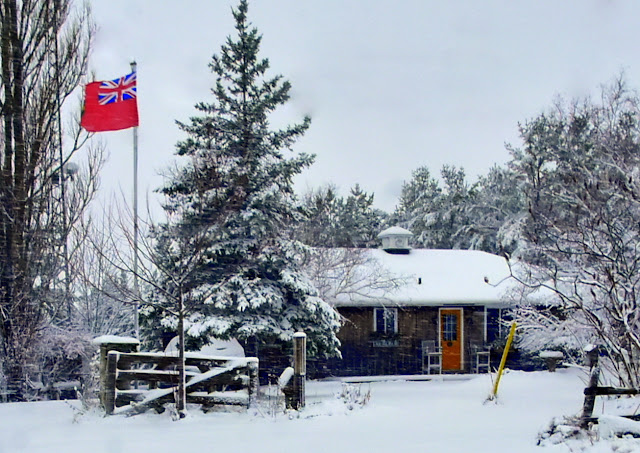 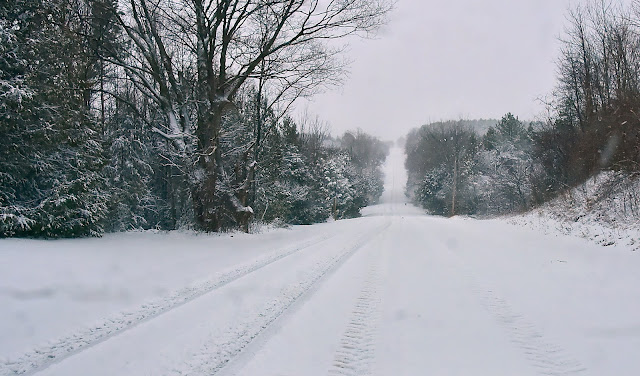 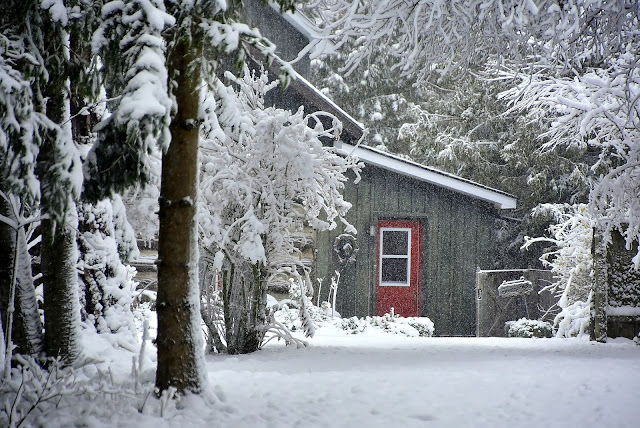 Coffee to go at McDonalds and it was down to the harbor with us.  A few big machines working but no sign of the boardwalk crew.  With snow in the air and wind-driven waves breaking over the new boulder breakwater it was not the best outside working conditions and I don't blame the crew for not working today. 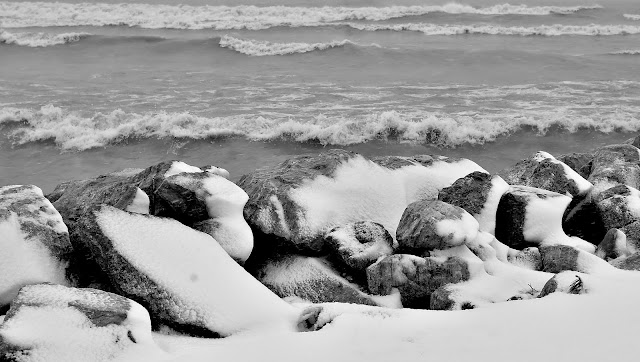 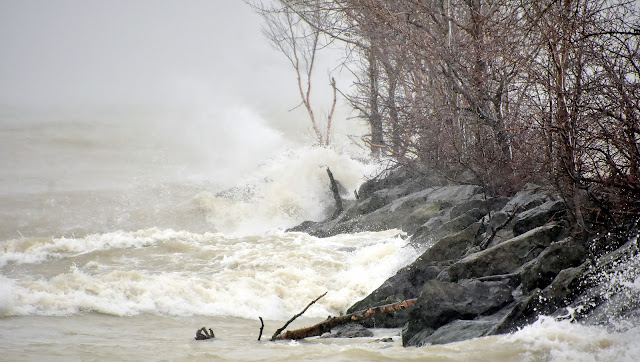 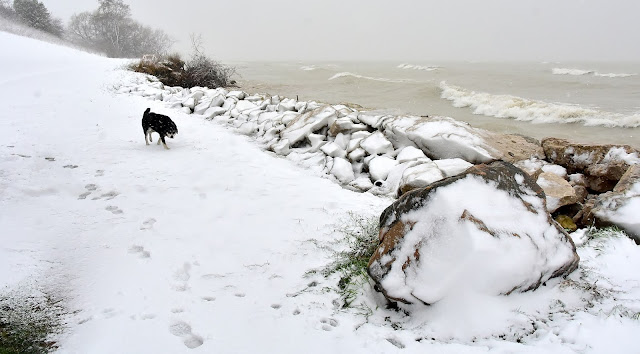 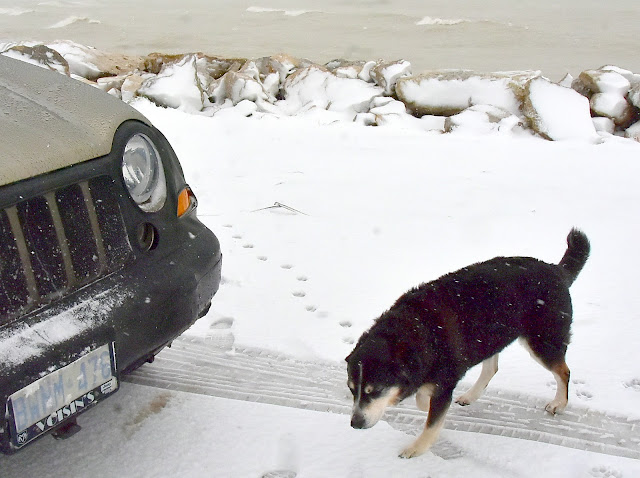 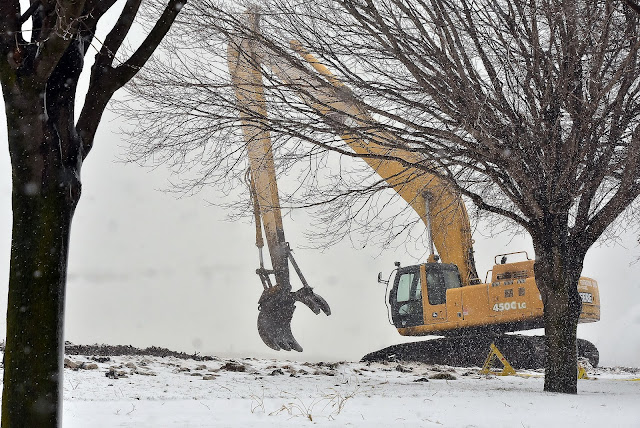 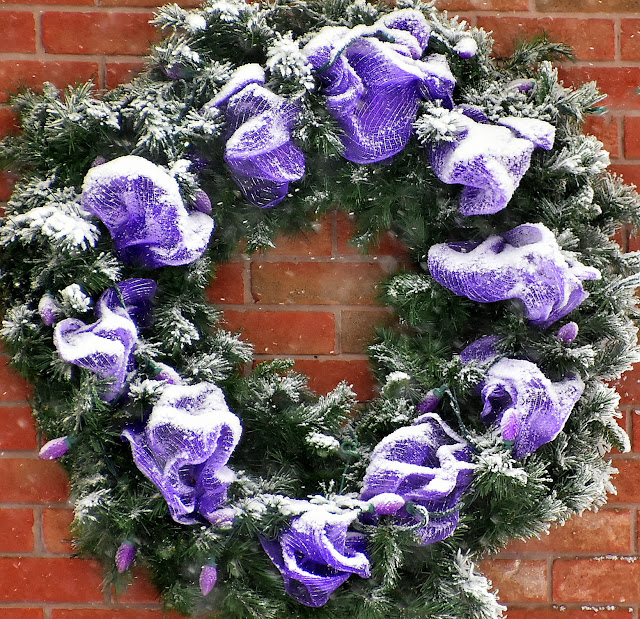 Picked up a few things at Food Basics and we were soon on our way home again.  Taking the Jeep out of 4 wheel drive I could sure notice the unstable difference so we soon had all 4 wheels back into gear churning in unison again. 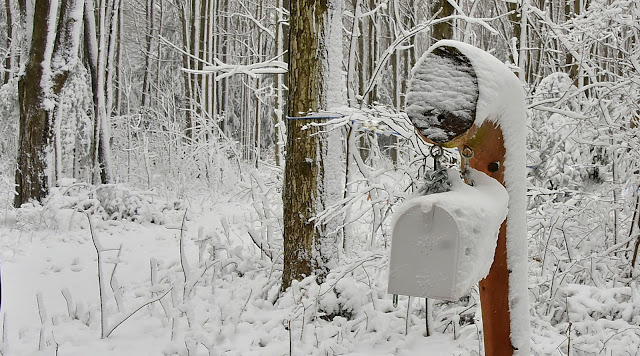 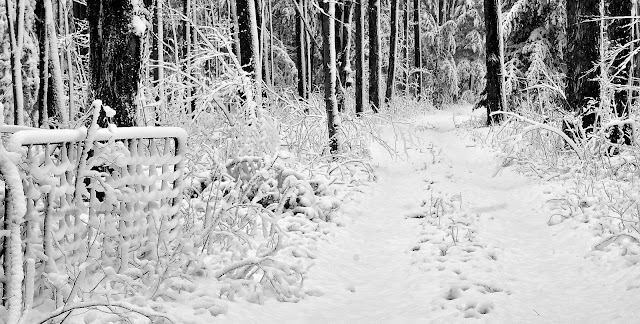 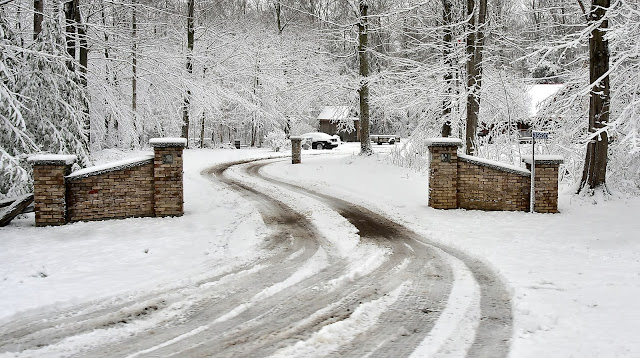 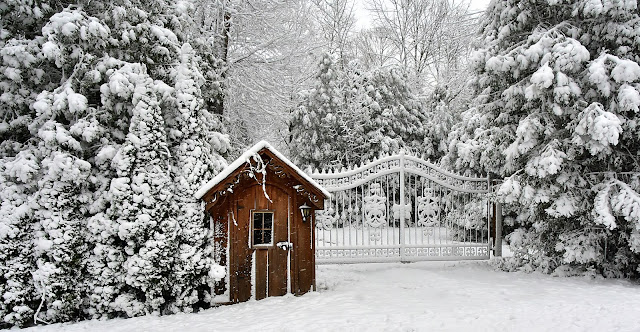 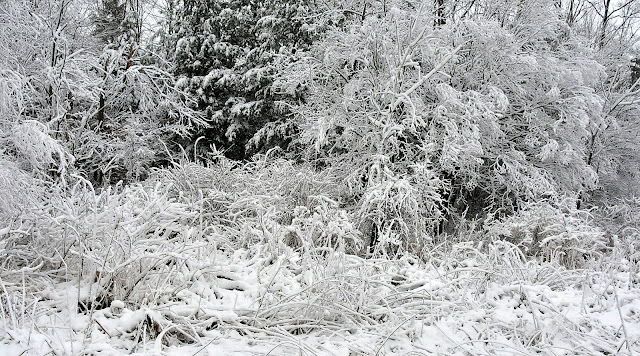 Home by 10:30 Kelly whooped up some bacon and eggs.  A nice touch on a snowy winter morning.  Yesterday she brewed up some Dutch hot chocolate.  Ahhh yes, its wintertime alright.Nothing like a dump of snow to attract lots of birds to the feeders.  Woodpeckers, Cardinals, Juncos, Goldfinches, Blue Jays, Mourning Doves,  and Chickadees were in abundance flitting about through the snow-laden trees to the birdfeeders and back.  How nice to sit quietly watching all the feathered antics going on.  A few furry Black Squirrels in the mix as well but of course they weren't flying.I'm hoping to get out for a walk after dark one of these nights soon and take a few photos of Christmas lights around our Park.GROANER'S CORNER:((  Two archeologists, exploring a remote mountain in Tibet came across a huge granite statue which resembled a sitting man. It stood almost 400 feet tall, and its bodily details were accurate down to the fingernails and teeth.  "It looks real enough to talk," says one.  "Let's try," says the other, and turning to the statue he asks it its name.  No answer.  "How old are you?"  No answer.  Finally. one shouts out, "What is the square root of 64?"  Suddenly, the mountain shakes as the giant statue rises onto its feet and puts its hand on its chin. Then after about ten seconds, the statue answers in a roaring voice, "Eight."  "Of course!" says the scientist, "... It only stands to reason." 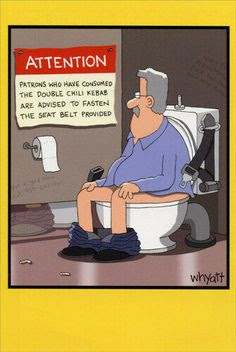