It seems the heavier it snows the more birds we see at the feeders.  With snow beginning by late morning I right away noticed an increase in bird traffic in the front yard.  Birds, birds everywhere as I strived to keep the feeders filled up.  It's as if they know a storm or something is coming and are frantically getting themselves stocked up. 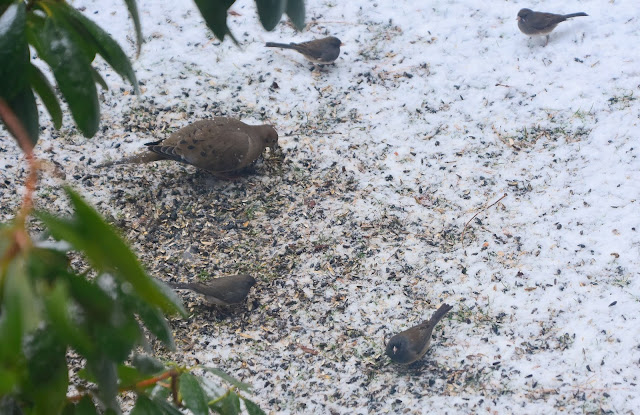 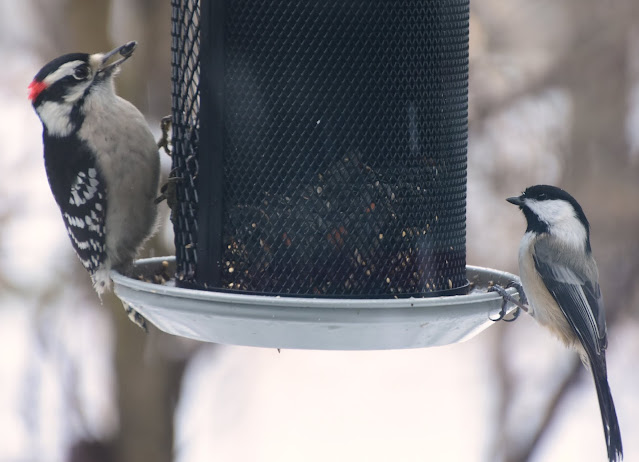 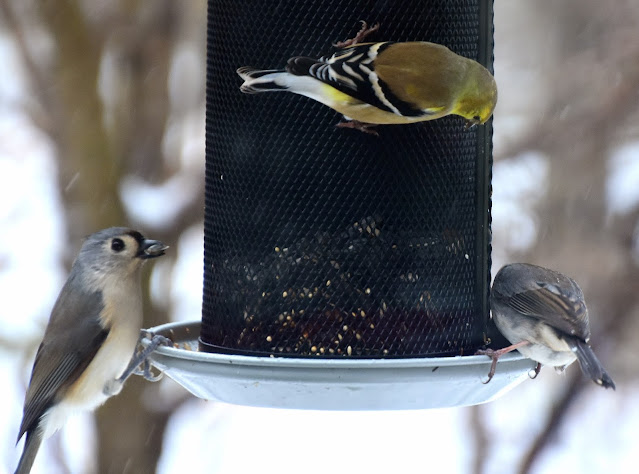 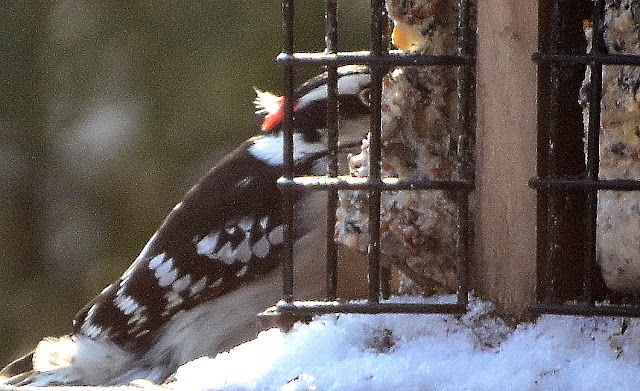 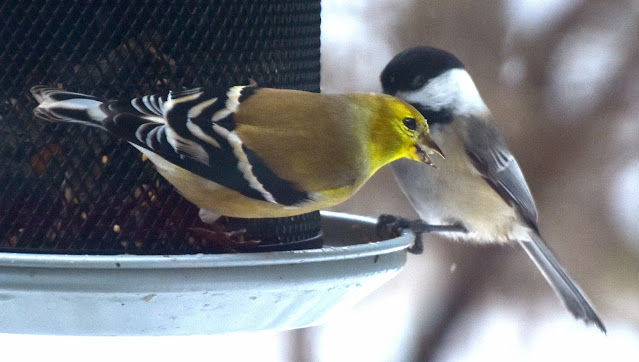 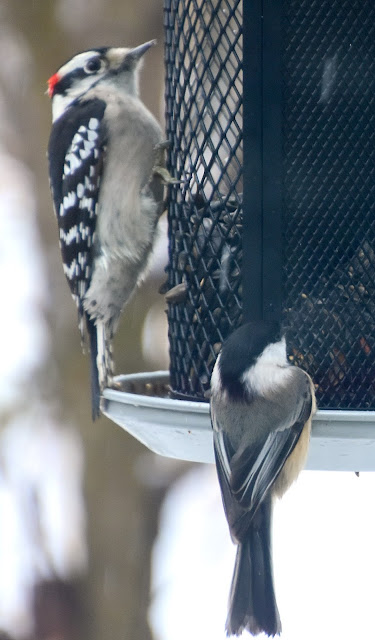 Despite an encouraging pink sunrise, a solid gray overcast prevailed and skies remained gloomy.  It was a short drive over to the Hullett Marsh for Pheebs and we were soon home again almost in time to meet ourselves leaving.  Not a nice day to be hanging around outside. 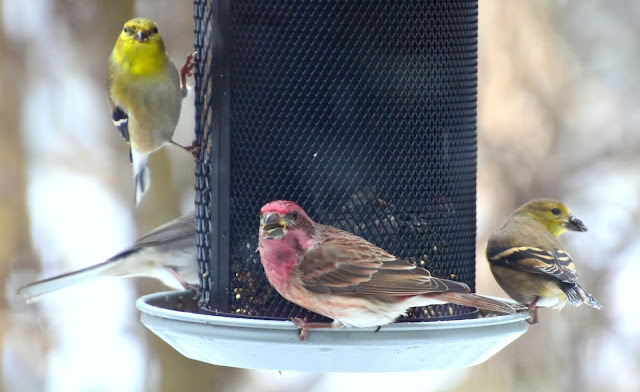 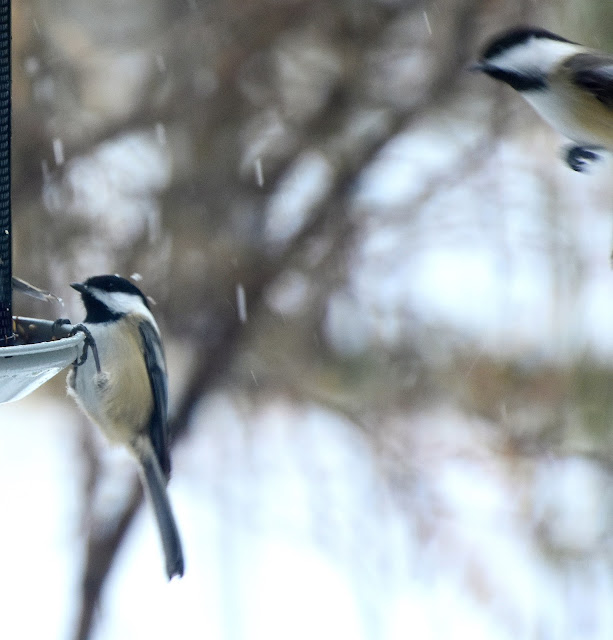 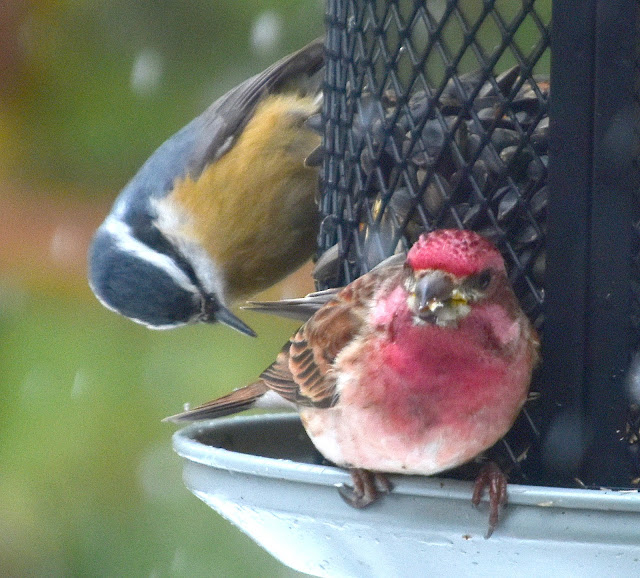 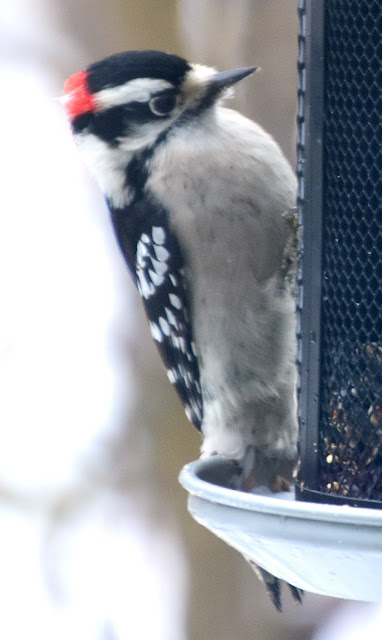 Read a bit, snooze for a while, then read for a while and snooze for a bit.  Yep, that pretty much sums up the rest of my day.  With temps hovering around the freezing mark it was a damp and cold.  The only pictures I took were of the birds in our front yard.  Carried my small point and shoot Sony camera along on a short afternoon walk with Pheebs but with a drizzly kind of snow falling everything just looked really blaaaaah. 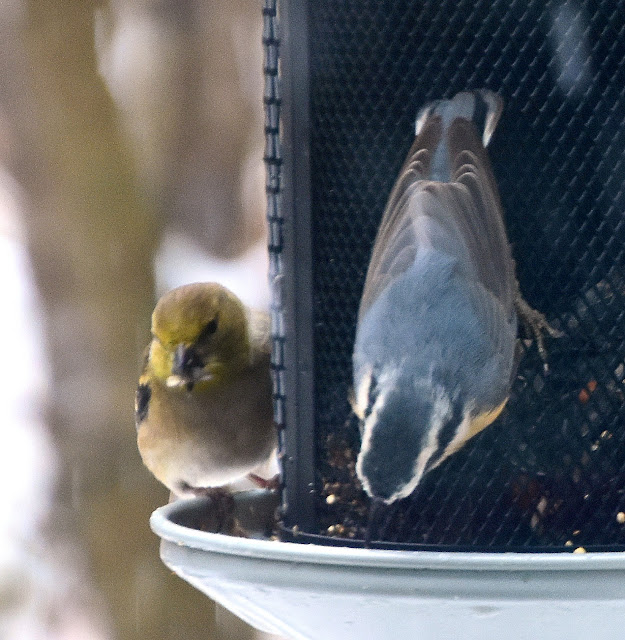 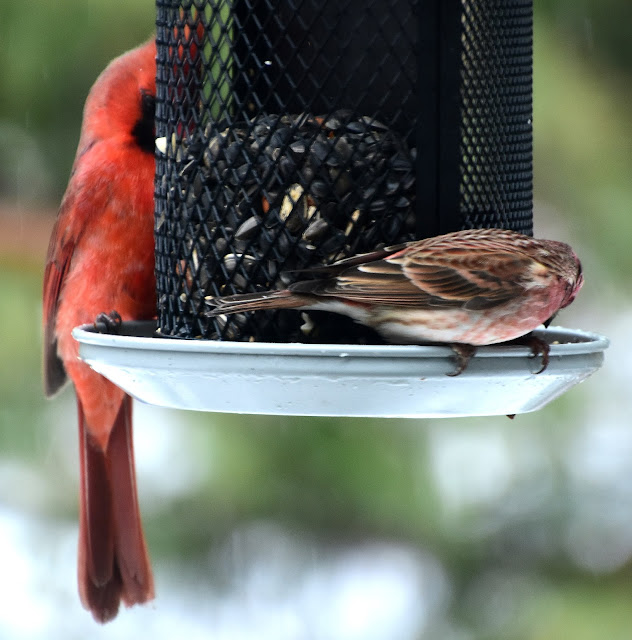 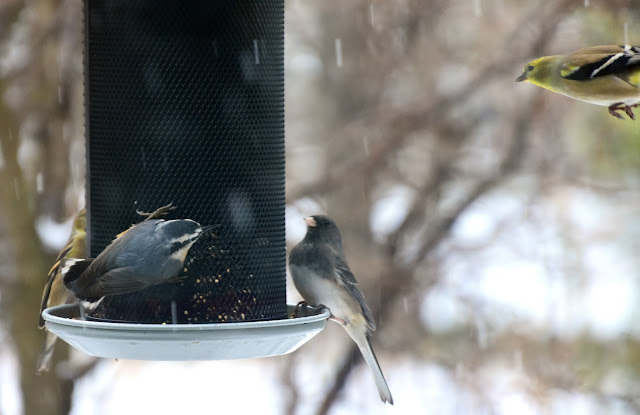 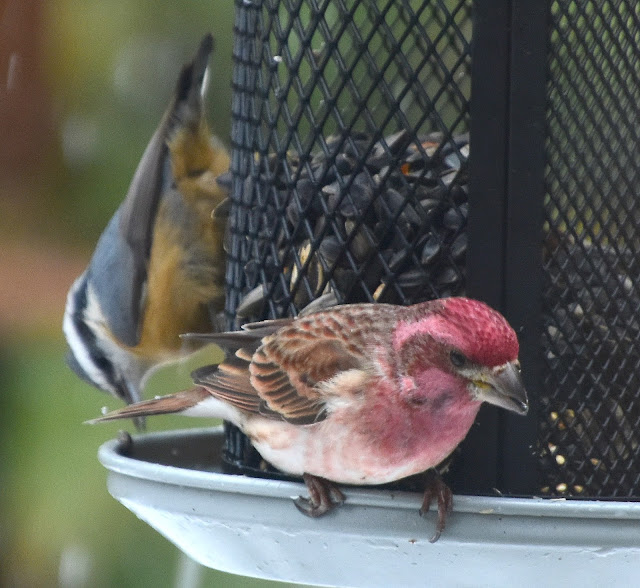 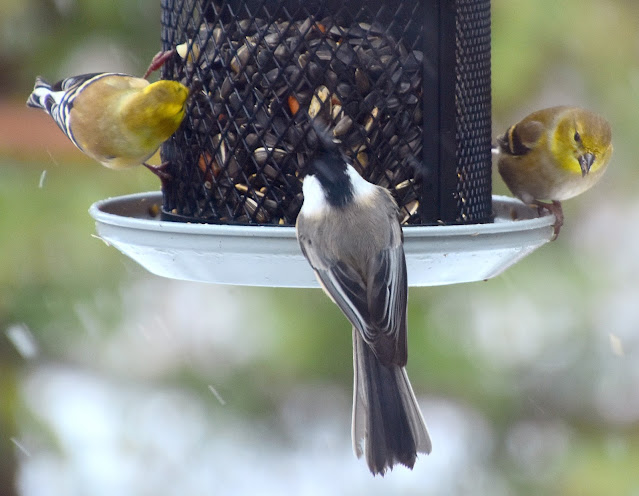 Ten years ago today we were in Arizona's Cochise County In Search Of Cochise's Council Bluff Rock  Took us a bit of searching but we found the area where the Chiricahua Apaches held their council meetings back in the 1800's.  If you click on my post following this day you can see more photos of the Council Rock area as well. 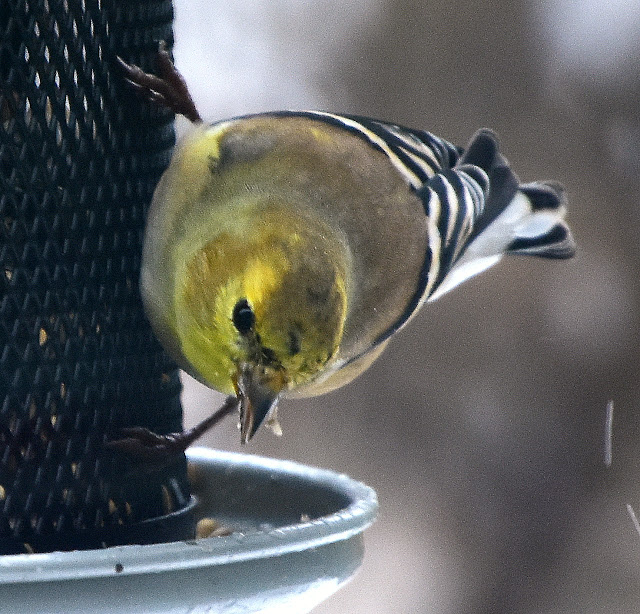 GROANER'S CORNER:((   Did you know that according to the song, "Rudolph the Red-Nosed Reindeer", Santa has twelve reindeer? Sure, in the introduction it goes "There's Dasher and Dancer and Prancer and Vixen, Comet and Cupid and Donner and Blitzen. "That makes eight reindeer. Then there's Rudolph, of course, so that makes nine. Then there's Olive. You know, "Olive the other reindeer used to laugh." That makes ten. The eleventh is Howe. You know, "Then Howe the reindeer loved him."  Eleven reindeer. Oh, and number 12? That's Andy! "Andy shouted out with glee." The proof is in the song!

When I moved into my new igloo my friends threw me a surprise house-warming party.  Now I'm homeless.

Summer vacation was over and the teacher asked Little Johnny about his family trip. "We visited my grandmother in Minneapolis, Minnesota."  The teacher asked, "Good, can you tell the class how you spell that?"  Little Johnny thought for a few seconds and said, "Actually, we went to Ohio." 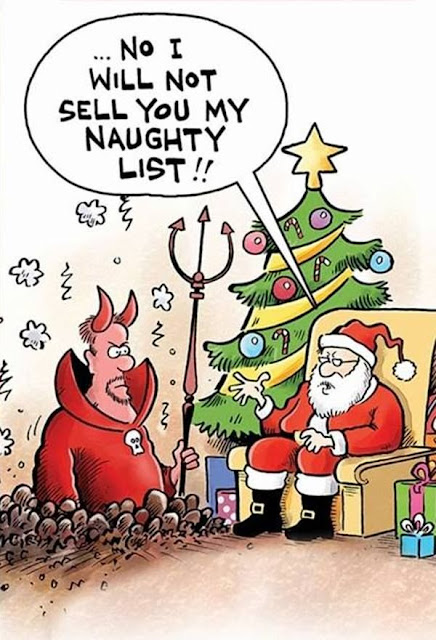