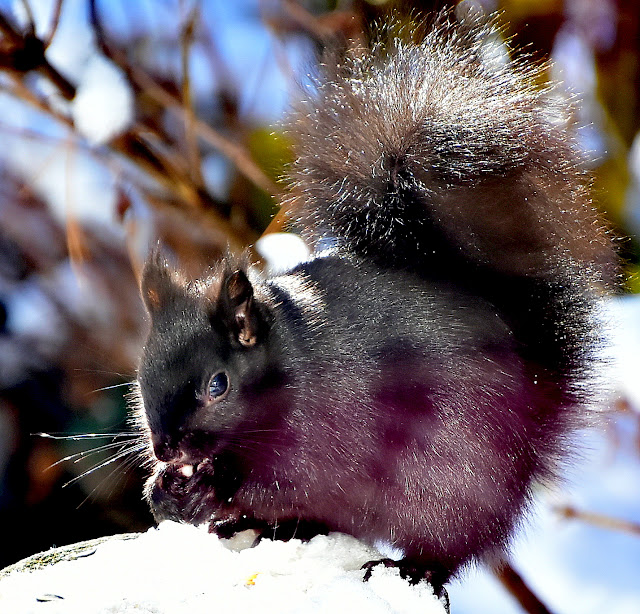 For the most part, we had clear dry roads this morning and any day without a snowy ice-packed slippery surface is a bonus.  A pinkish-orange thin line across the eastern horizon at sunrise showed promise for a nice morning but the day gradually clouded over and we were back to dull and gray.

Pheebs and I wandered our way up to Goderich.  Had a couple things I wanted in Walmart but upon entering the store I made a quick U-turn and walked right back out again.  People were stacked to the rafters with long waiting lines at the check-outs.  Slipped over to Food Basics.  Much better.  I noticed this morning that the TSC store has now changed to a Peavey Mart.  My first clue was when I walked in the door and got a great big over the top 'Good Morning'.  Quite a change from TSC alright.Our usual coffee to go at McD's and down to Goderich's south harbor we went.  Work has resumed on the boardwalk and a couple large machines were busy along the shoreline positioning large boulders into place.  A quick stop at the dog walking area but with an icy wind blowing we didn't stay long.

From the south harbor, we slipped over to the north side of the harbor for a drive around and look-see.  Just the usual stuff.  The big Salt Mine is always busy and two fishing boats came in while we were there.  A large freighter taking on a load of rock salt as well.  Salt from this mine is what is widely used on icy roads.

With the dullness of the day heavy upon us we soon headed home for warmer pastures and I once again safely ensconced myself in our sunroom for the day's duration except for a short later afternoon walk with Pheebs. 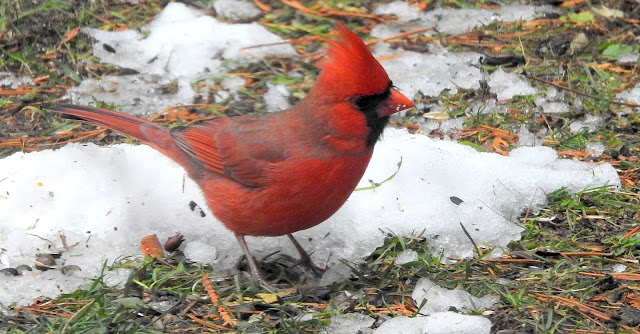 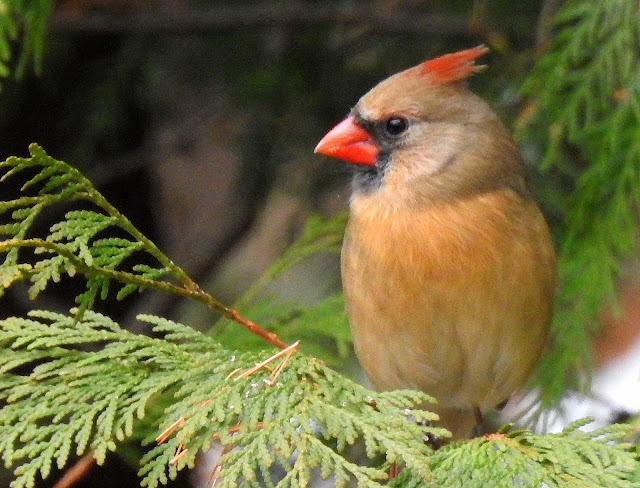 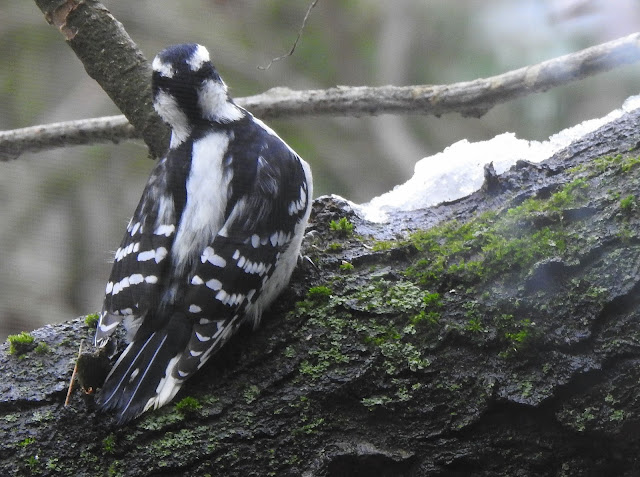 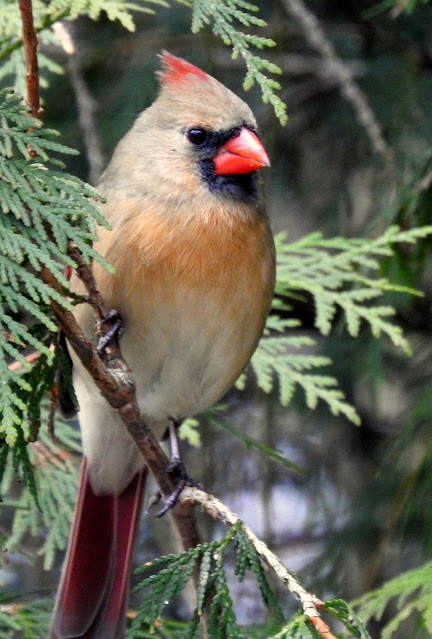 According to the latest Real Estate ad the selling price of our 5 Seasons Estates Park here has dropped from its original 6 million dollar price tag to 4 million.  Maybe it's a Christmas Special eh??  Our future living arrangements continue to hang in the balance:(( 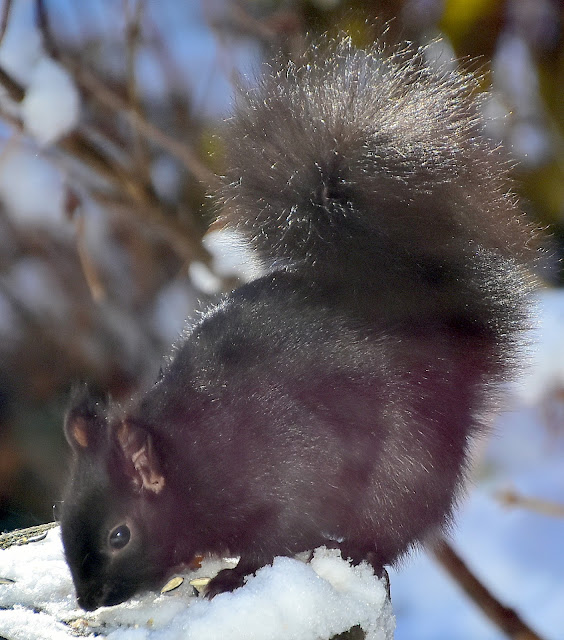 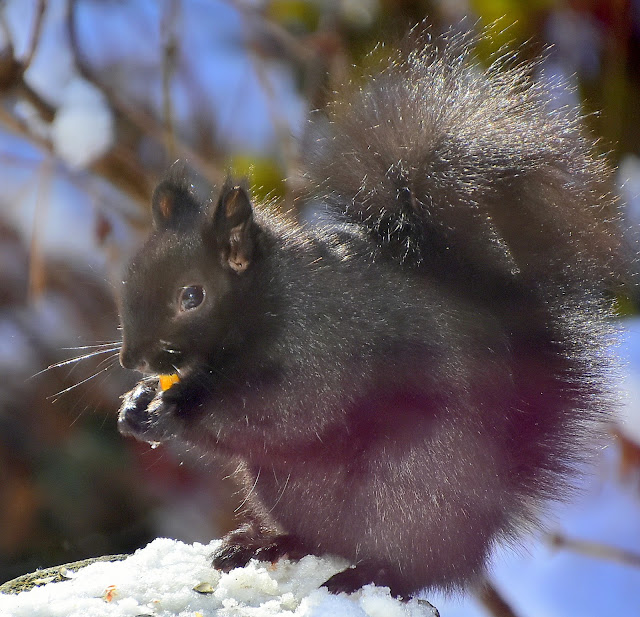 Thank you to everyone for your kind comments recently on my photos and writings.  It is you and many other fine people out there who keep my blog going.GROANER'S CORNER:(( A Retiree's Life::

Q. When is a retiree's bedtime?A. Three hours after he falls asleep on the couch.Q. How many retirees does it take to change a light bulb?A. Only one, but it might take all day.Q. What's the biggest gripe of retirees?A. There is not enough time to get everything done.Q. Why don't retirees mind being called senior citizens?A. The term comes with a 10% discount.Q. Among retirees what is considered formal attire?A. Tied shoes.Q. Why do retirees count pennies?A. They are the only ones who have the time.Q. What is the common term for someone who enjoys work and refuses to retire?A. NUTS!Q. Why are retirees so slow to clean out the basement, attic or garage?A. They know that as soon as they do, one of their adult kids will want to store stuff there.Q. What do retirees call a long lunch?A. NormalQ. What is the best way to describe retirement?A. The never-ending Coffee Break.Q. What's the biggest advantage of going back to school as a retiree?A. If you cut classes, no one calls your parents.Q. Why does a retiree often say he doesn't miss work, but misses the people he used to work with?A. He is too polite to tell the whole truth. 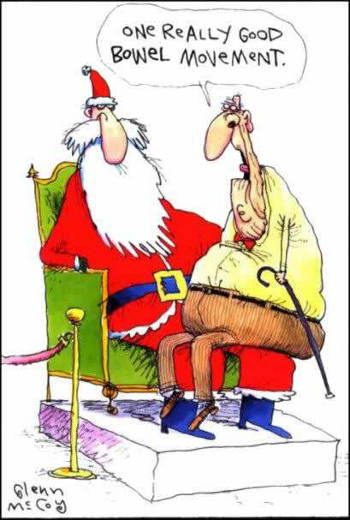