OKAY, I'M READY, BRING ON THAT BIG SCARY NEW YEAR WILL YA

Woke up to a weather advisory about 'freezing rain' and looking out the window we could see it had snowed in the night.  That snow had now turned to freezing rain making for icy conditions this morning.  Not nice.We still haven't readjusted from the time change a couple months ago and instead of being up before 6 a.m. most mornings like before, we're not feebly stumbling to our feet until around 7:30 now.  Almost like a big chunk of the day has already gotten away from us.  Instead of being out the door around 8 it is now sometimes after 9 before Pheebs and I have the Jeep's wheels rolling.  There is an upside to sleeping in so late though.  It does measurably shorten these overbearing dull gray winter days. 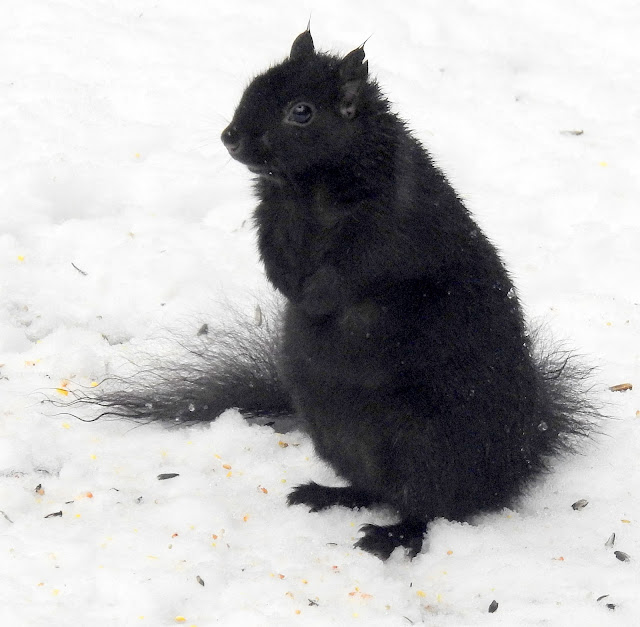 Needed to pick up a prescription at Walmart and Kelly needed a couple cans of 'Cream Of Chicken Soup' so Pheebs and I braved the elements and headed off.  Worst roads we came across of course we're right here in our very own Park.  It was a light drizzly rain all the way to Goderich and with varied snow patches along the way I kept the Jeep in 4-wheel drive. 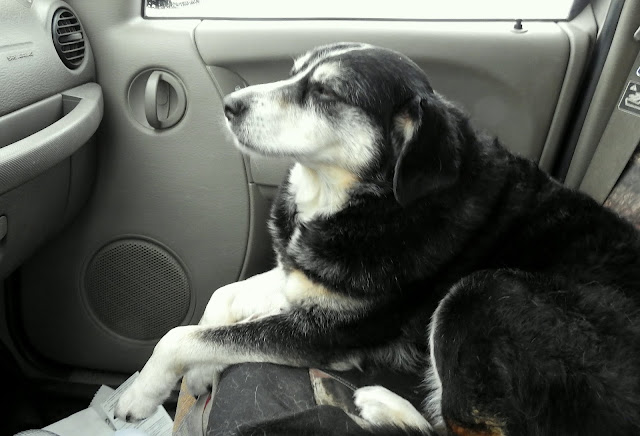 Took a quick drive down to the harbor but we didn't get all the way out to Rotary Cove.  Surprisingly, the road was blocked by a big pile of dozed up snow.  First time I have ever seen them do that down there.  Twenty minutes later with my prescription and soup in hand, we were soon on our way home again.  Roads seemed slushier and it was still raining.  It's what we would call up here a dirty driving day. 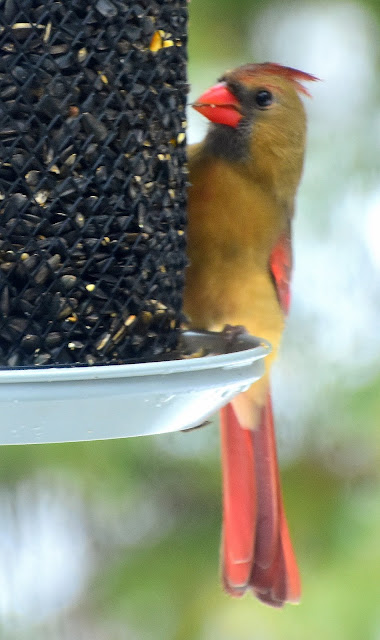 Home again I shoveled some slush off the pathways and around the birdfeeders.  Not many birds around at first but later up when glancing up from our sunroom's desktop computer there was probably the best part of two dozen birds zooming around everyplace.  On the ground, on the feeders, and in the trees.  Cardinals, Blue Jays, Mourning Doves, Woodpeckers, Purple Finches, Juncos, Black-Capped Chickadees, Goldfinches, and one Tufted Titmouse.  I am convinced they are all in cahoots and travel together on a chartered bird bus from one bird feeding area to another.  The bus pulls up, the door opens, and a swoosh of birds fly out and gobble up all the birdseed in sight.  Then it's back in the bus they go and off down the street to the next neighbor's bird feeders.  A minute ate all is quiet in the front yard again as I sit blankly staring out the window wondering, 'what the hell just happened'!!

Well, here we are nearly at the end of yet another year.  And what a year it has been.  But then again, I can honestly say that about most every year I have spent here on this Planet.  The ups, the downs, the lows, and highs.  Sad, glad, mad, and bad all seem to go hand in hand.  The changes are real, some routines the same.  Disappointments come in bundles while surprises slip stealthily in the back door.  Don't know what's ahead, can't remember what's behind.  But I guess it was a good year because I appear to still be here.  Common sense and logic have greatly lessened while massive gullibility has rapidly increased these past few years.  And it rapidly ramped up all together in 2020.  Well anyway, it's off to 2021 we go and already the four numbers are easier to type so I guess all things maybe won't be so bad.  Silly thinking I'd say with a healthy hint of skepticism thrown in to balance out that elusively measured jolt of optimism bantering about somewhere in this sometimes seemingly confused and empty head of mine.  Okay, I'm ready, bring on that big scary new year will ya:)) 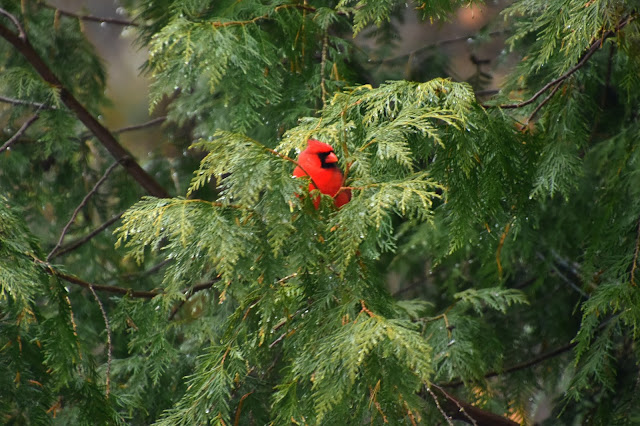 GROANER'S CORNER:((  I work in a busy office, and when a computer goes down it causes quite an inconvenience. Recently one of our computers not only crashed, it made a noise that sounded like a heart monitor.  "This computer has flat-lined," a co-worker called out with mock horror.  "Does anyone here know how to do mouse-to-mouse?"

Mother: "When I was your age, my mother used to hide money around the house for me that I would find only if I performed my chores particularly well. One time when I was cleaning out the cupboards for her, I found $20 under the old shelf paper."Daughter: "Wow! What a cool idea! Why didn't you ever do that with me?"Mother: "But my dear ... I have been." 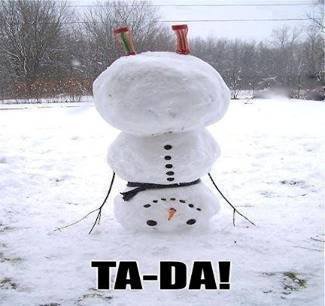 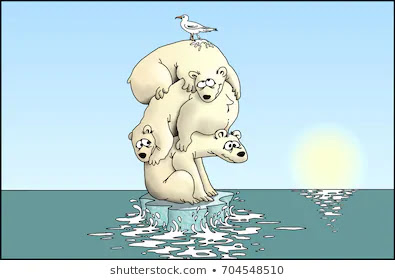 So you don't believe in Global warming eh!!