Checking our Exeter live radar weather feed first thing this morning I could see patches of blue sky out over Lake Huron.  Encouraged by that Pheebs and I later headed off towards the lake into Bayfield.  Had my fingers crossed Tim Hortons new coffee shop might now be open.  But, it was not to be.  Maybe in a few days. 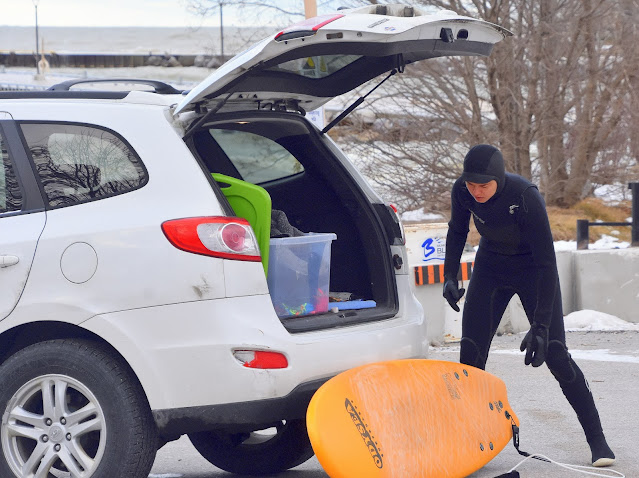 With a bare and dry highway ahead of us, and blue skies breaking out to our right, plus a cup of hot Tim Hortons coffee on my mind, we headed south down the Bluewater Highway to Grand Bend twenty minutes away where I knew for sure the TH coffee shop would be open.  So off we went, and yes it was. 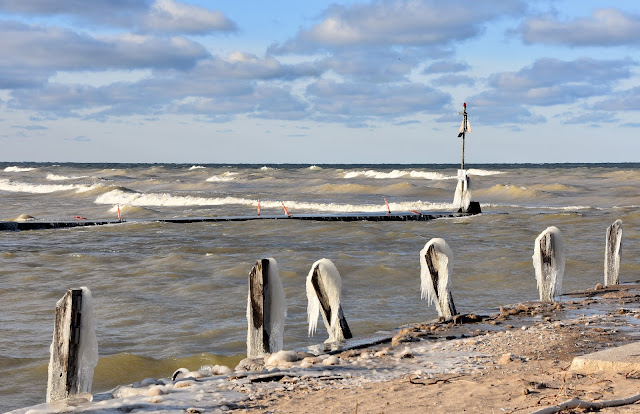 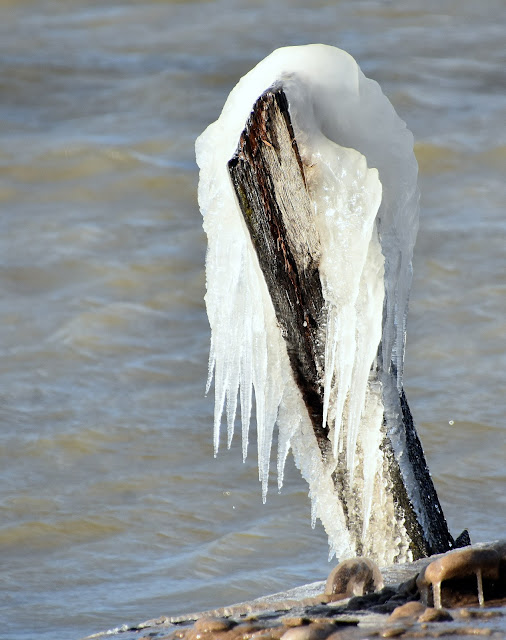 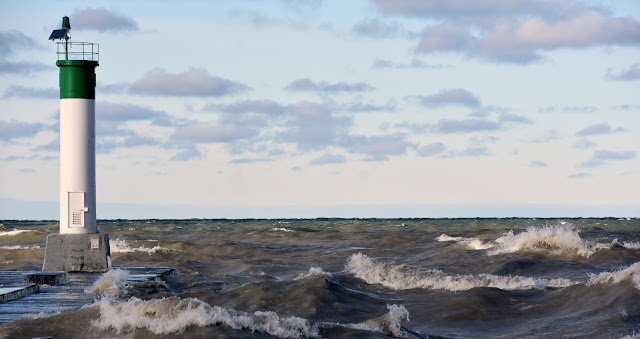 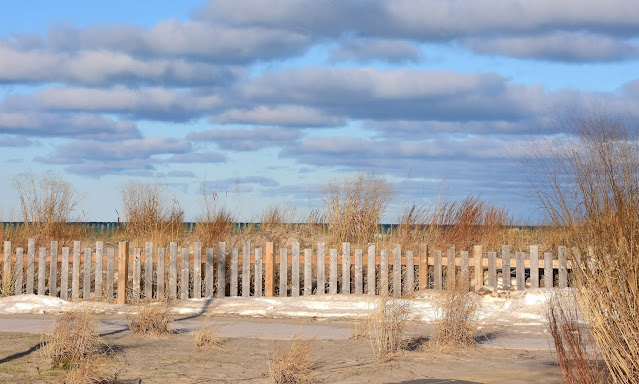 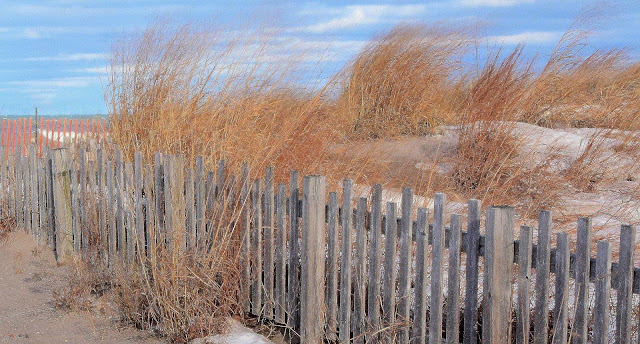 With coffee in hand and sunshine leading the way, Pheebs and I headed down the main drag to Grand Bend's beach area.  Despite the icy cold wind coming in across Lake Huron's choppy waters, I was able to snap a few photos from the warmth of the Jeep.  I would say about 75% of all the daily photos I take are taken right from the Jeep's driver's seat. 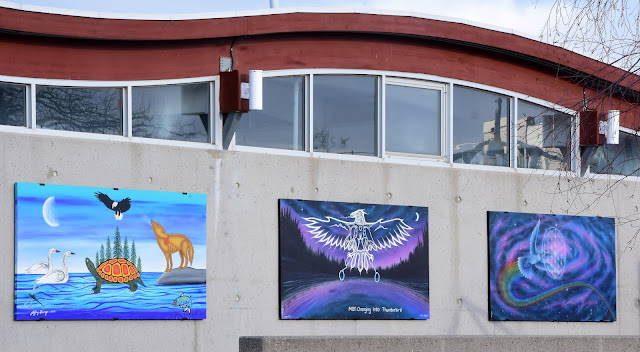 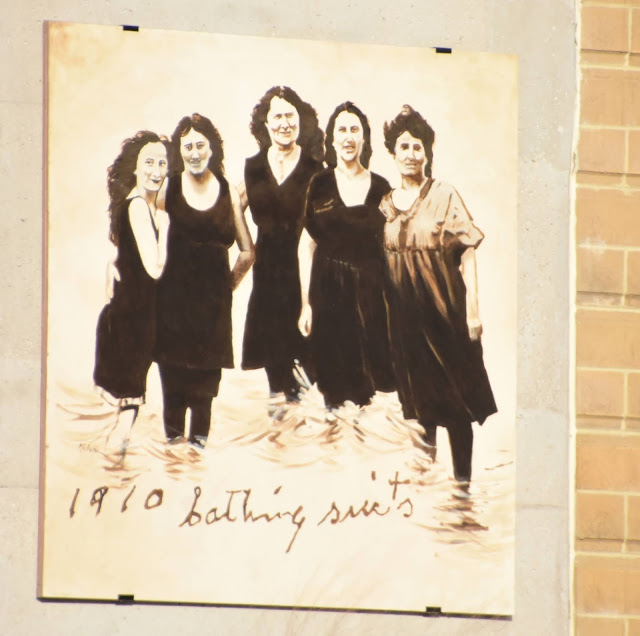 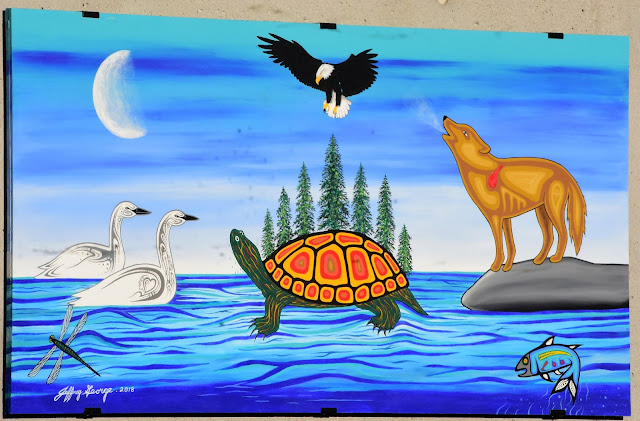 Grand Bend has sure done a great job in completely revamping their beach area over the last bunch of years and I see an ongoing improvement to their main drag section from the highway to the beach as well.  Good stuff Grand Bend, keep up the good work.  You are fast becoming a class act:)) 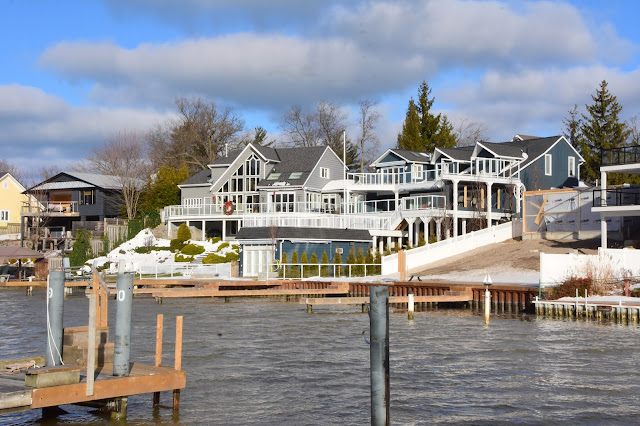 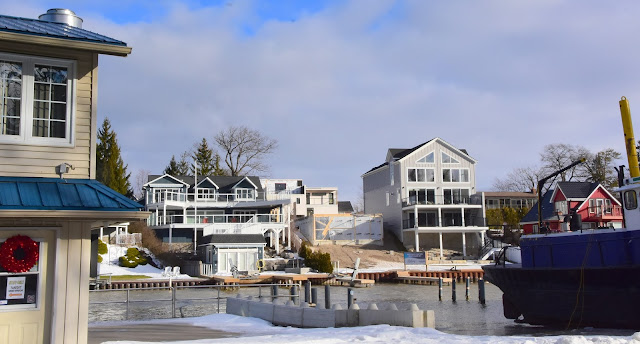 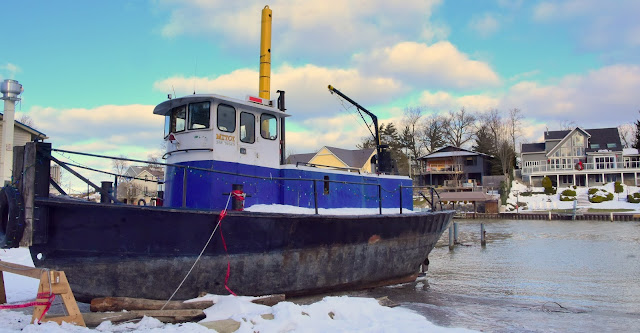 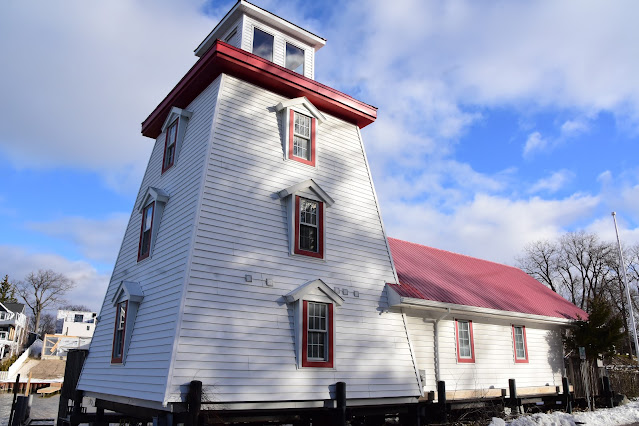 From 'the Bend' we made our way back to Bayfield snapping a few more photos along the way.  Despite skies clouding over again it was still nice to have seen some blue skies and sunshine this morning.  Nothing like a bit of sunlight to lift one's spirits on these cold, dark, dull, and damp winter days.
One of the things I like best about my short afternoon Siestas lately is the dreams I have.  Because I don't slip into a deep sleep I am sometimes able to remember the dreams when awakening.  Dreams are almost like living in an alternative reality.  Kinda neat what goes on over there sometimes:)) 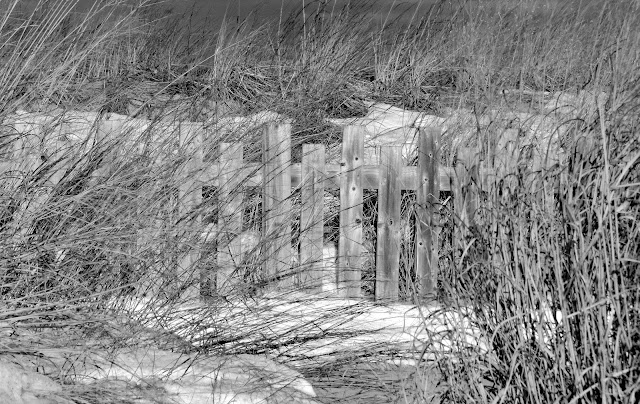 Driving along this morning it dawned on me that we have only a few days remaining in this turbulent 2020 year.  Of course, I knew we were in late December but I seem to have a habit of losing my sense of time from time to time.  I can hardly believe Christmas is already behind us.  I have never felt time moving so fast as I have these past few years.  It sometimes feels like being aboard a speeding freight train at full throttle on a thick and dark foggy night knowing there is a sharp curve ahead somewhere............. 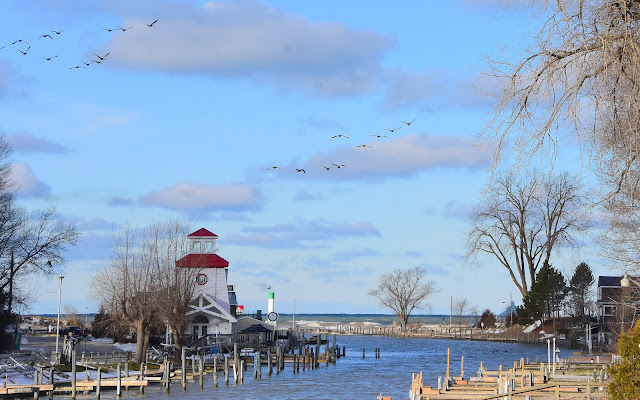 Sometimes women are overly suspicious of their husbands.  When Adam stayed out very late for a few nights, Eve became upset. "You're running around with other women," she charged.  "You're being unreasonable," Adam responded. "You're the only woman on earth."  The quarrel continued until Adam fell asleep, only to be awakened by someone poking him in the chest. It was Eve.  "What do you think you're doing?" Adam demanded."Counting your ribs," said Eve. 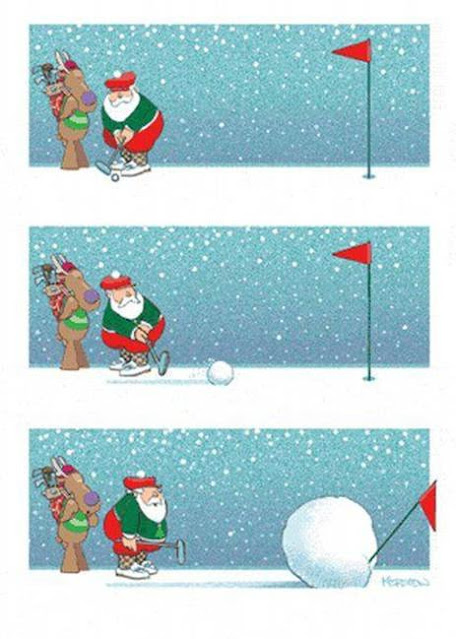 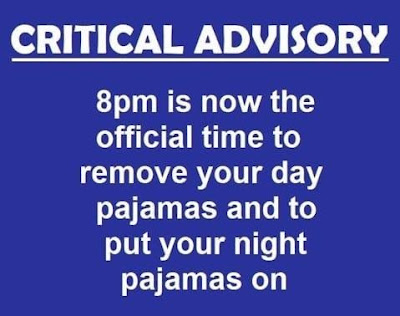