YES, ITS QUITE A SIGHT ALRIGHT

It was raining when Pheebs and I made our way from the house to the carport.  I had been teased out of the house by a slightly brighter sky to the east.  Rain had come in the night bringing milder temps and gusting winds behind it.  However, the milder upper 40's temps were only short-lived, and by afternoon that rain had chillingly turned to sleet followed by snow in the air.  Not nice.  Sure glad I'm not driving for the Stratford Airporter anymore when on many Sunday nights I would be driving in all kinds of weather in and out Toronto's Pearson International Airport.  It wasn't as bad for me at the time because being the van driver I had something to focus my attention on but I'm sure many of my passengers were sawing off their fingernails through some of those snow and ice storms.As soon as we cleared our Park's forest I could see the wind and rain had done a number on many of our colorful trees.  Windblown leaves skipped across the road in front of us as a distant bush line took on an even grayer look than the day before.  Well, it was the first day of November after all, and our Autumn's colorful beauty is only short-lived each year.  We are now officially into the dullest month of the year and November has never been a favorite of mine.  Cold, damp, gray, and stark, as well as depressing. 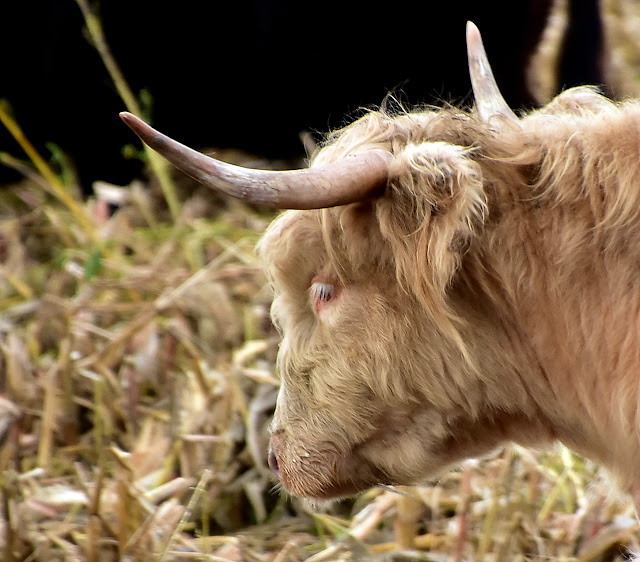 Country roads were soupy but the Jeep is in such a mess anyway it didn't really matter.  What's another layer of mud on top of previous layers of mud.  As long as I keep the glass clean and can see out I guess that is all that matters.  My-oh-my, how some of my priorities have changed over the years.Our muddy morning wanderings led us around a number of back roads southeast of Bayfield.  One short windy road-side stop and that was about it for us guys.  With Pheebs hopping back into the Jeep with muddy paws we now have some neat muddy paw prints on the console with a few mud splotches shaken onto the dash as well.  With a few corn cobs on the floor; a bucket, and a shovel in the back we are truly looking more like a working farm truck every day.  And then there's me with my laceless rubber duck boots, ten-year-old double-lined winter pants complete with rips, tears, and stains, brown vinyl replica WW2 flying jacket, and an oversized 10-gallon cowboy hat scrunched down over my head preventing me from seeing where the heck I'm going half the time.  Yes, it's quite a sight alright and it's no wonder Pheebs likes riding in the back seat more often.  If I had to ride around sitting beside somebody looking like me I would be scrunched down in the back seat feeling embarrassed too. 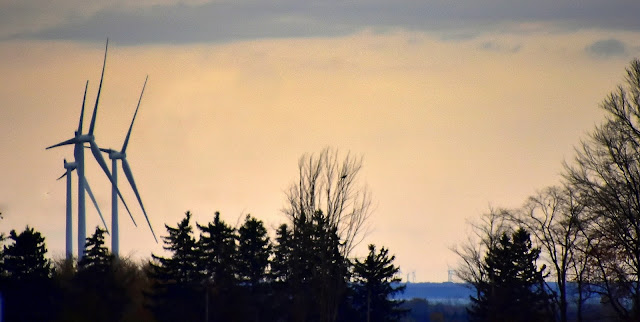 With gusting winds in our treetops, heavy sleeting began shortly after 2:30 today.  Any thoughts of an afternoon walk with Pheebs were scuttled.  At the time of posting tonight, we are under two weather warnings.  High winds and snow squalls.  Also, flooding is expected in some places along Lake Huron as huge waves are currently lashing the shoreline.  I expect to see the ground covered with snow when we wake up Monday morning.

GROANER'S CORNER:((  Once upon a time in the Kingdom of Heaven, God went missing for six days. Eventually, Michael the Archangel found him, resting on the seventh day. He inquired of God, "Where have you been?God sighed a deep sigh of satisfaction and proudly pointed downwards through the clouds, "Look Michael, look what I've made." Archangel Michael looked puzzled and said, "What is it?"  "It's a planet, replied God, "and I've put LIFE on it. I'm going to call it Earth and it's going to be a great place of balance".  "Balance?" inquired Michael, still confused.  God explained, pointing to different parts of Earth.  "For example, Northern Europe will be a place of great opportunity and wealth while Southern Europe is going to be poor; the Middle East over there will be a hot spot."  "Over there I've placed a continent of white people and over there is a continent of black people" God continued, pointing to different countries. "And over there, I call this place America.  North America will be rich and powerful and cold, while South America will be poor, and hot and friendly. And the little spot in the middle is Central America which is a Hot spot. Can you see the balance?"  "Yes" said the Archangel, impressed by Gods work, then he pointed to a smallish land mass and asked, "What's that one?"  "Ah" said God. "That's New Zealand, the most glorious place on Earth. There are beautiful mountains, rainforests, rivers, streams, and an exquisite coastline. The people are good looking, intelligent and humorous and they're going to be found traveling the world. They'll be extremely sociable, hard-working, and high-achieving, and they will be known throughout the world as diplomats and carriers of peace. I'm also going to give them superhuman, undefeatable, strong in character citizens who will be admired and feared by all who come across them".  Michael gasped in wonder and admiration but then exclaimed, "You said there will be BALANCE!"  God replied wisely. "Wait until you see the buggers I'm putting next to them" 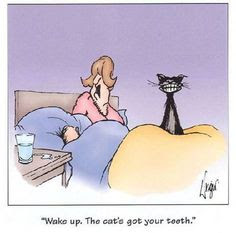 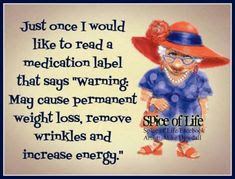