I'm trying a slightly smaller font with this post to see if that will solve the problem I'm having with Blogger changing my font sizes around in most if not all posts I write.  Blogger still has its nasty Gremlins which I deal with in every post with changing font sizes midstream just being one of them.  It looks fine here in my Blogger program when I am typing my post but when I publish it it comes back with alternating font sizes,  Putting my posts together each night using Blogger is always a challenging frustration.  And mixing that frustration with my ever-growing impatience is never a good way to end the day for me. 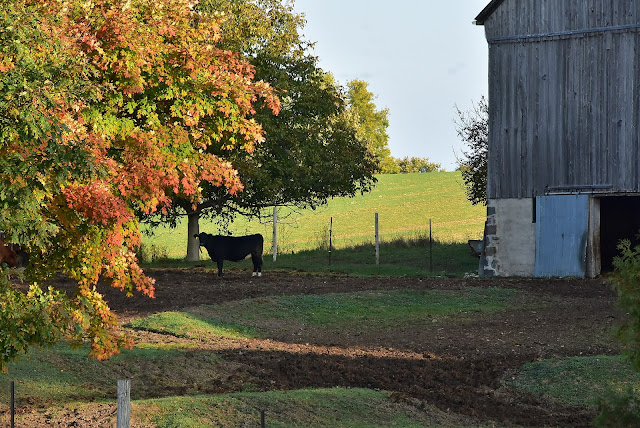 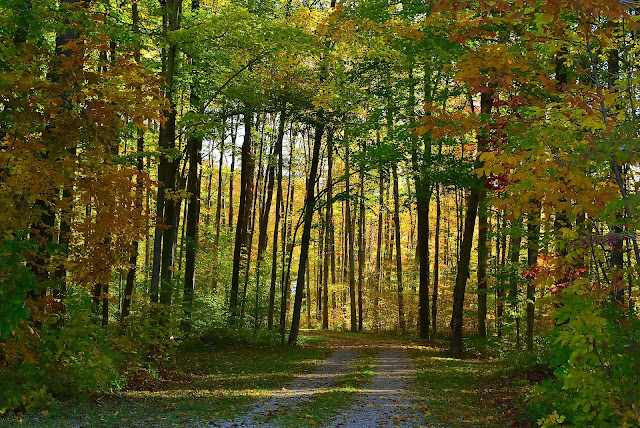 A few short spurts of sunshine was about all we could muster this morning as Pheebs and I took ourselves for a wee walk in the Hullett Marsh.  The sounds of hunters and their damn boom-boom guns continuously disturbed the quietness of the Marsh.  But I guess I can't complain because it was Ducks Unlimited years ago who put this whole wildlife-friendly Marsh wetland together where before there was only farmland.  The Marsh wasn't built for Pheebs and I and I guess you could say every time we walk in there we're trespassing on the hunter's domain.  Of course, hunting doesn't go on most of the time and I am thankful for that.  Bottom line.....The Hullett Marsh is a great place.  So, for peace of mind, just stay out of there when its hunting season Al. 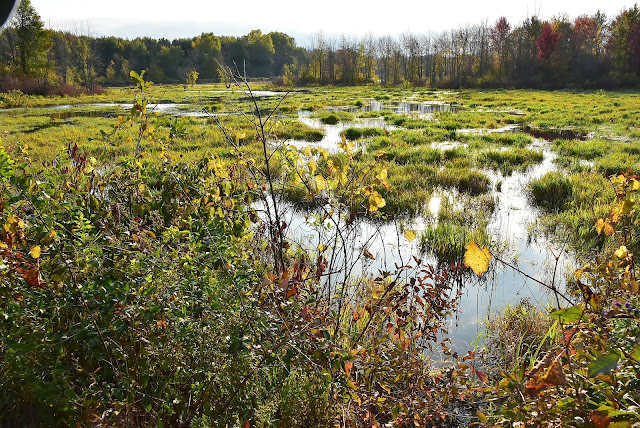 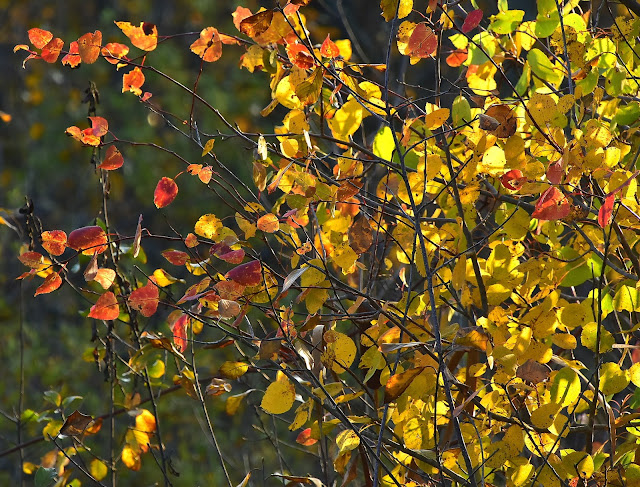 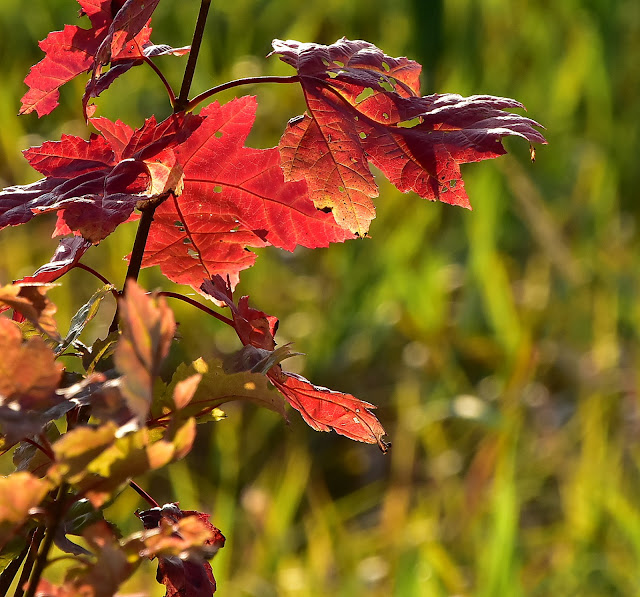 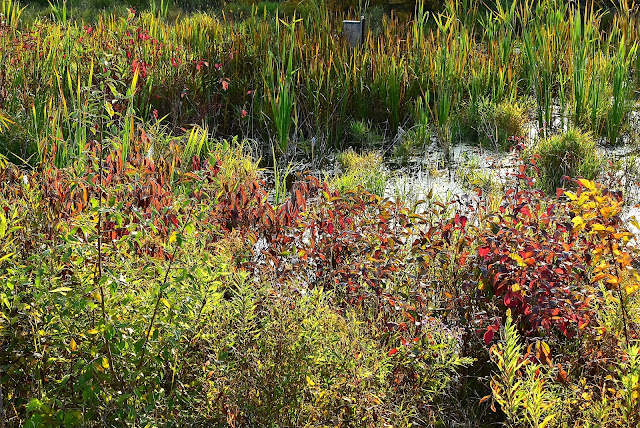 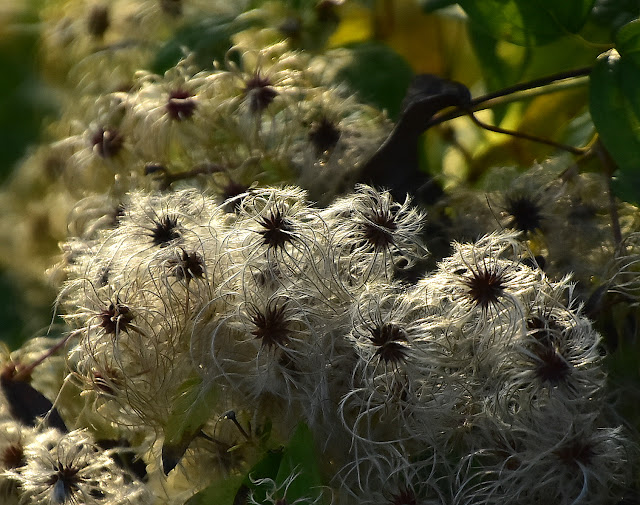 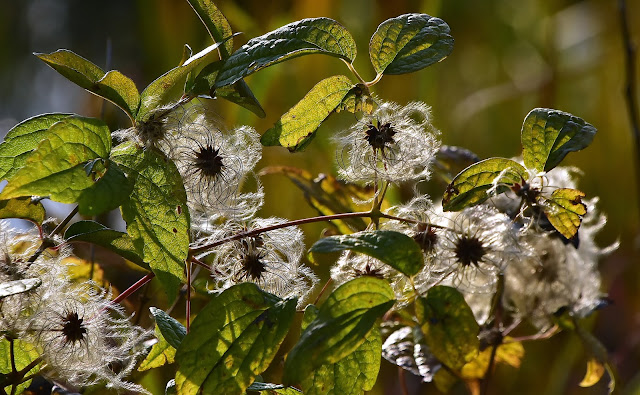 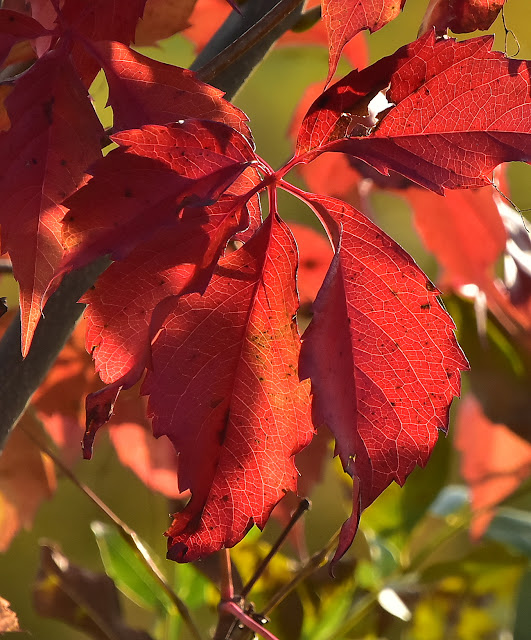 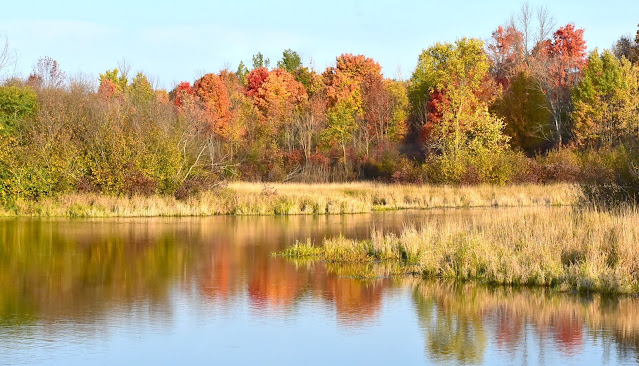 Had to pull out a few extra stops this morning when I realized my mind wasn't in photo mode again.  With arthritis in my legs I'm finding it harder these days to reach around and give myself a good swift kick in the ass to get my mind off things.   My gray matter wastes too much time and energy thinking about frustrating things when it could be thinking of so many other more positive things.  I'm just in one of my 'very 'frustrated with the human race' modes again right now. 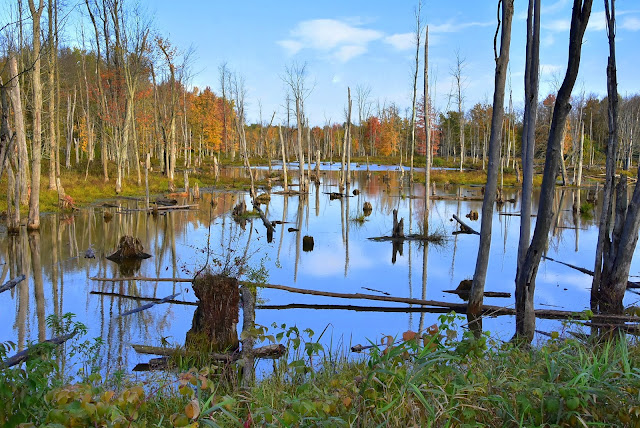 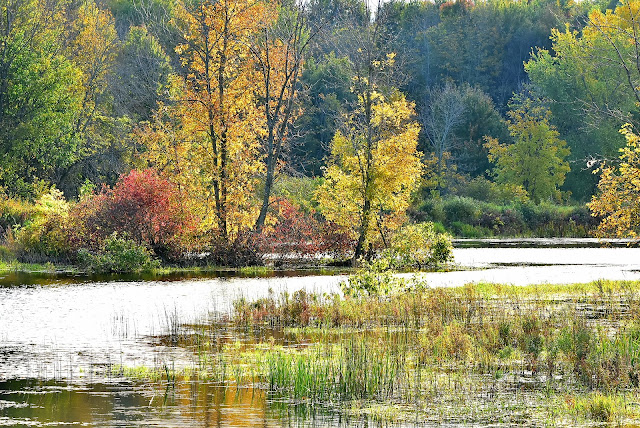 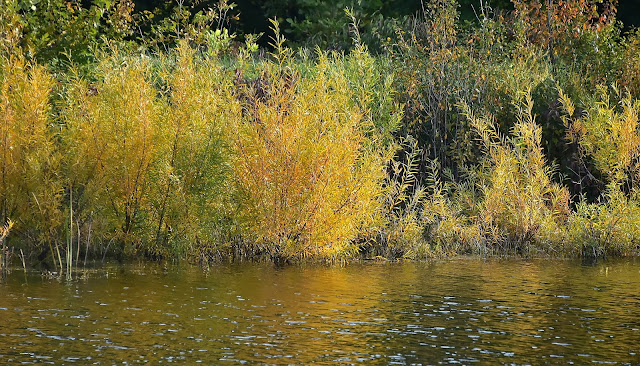 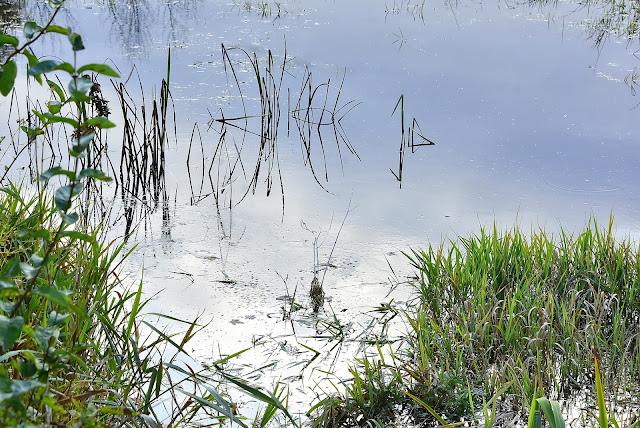 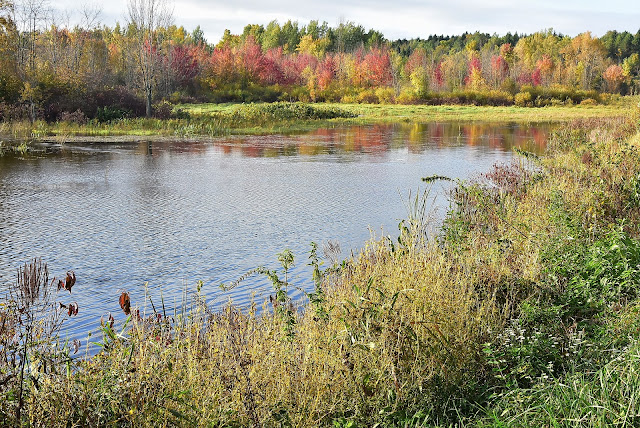 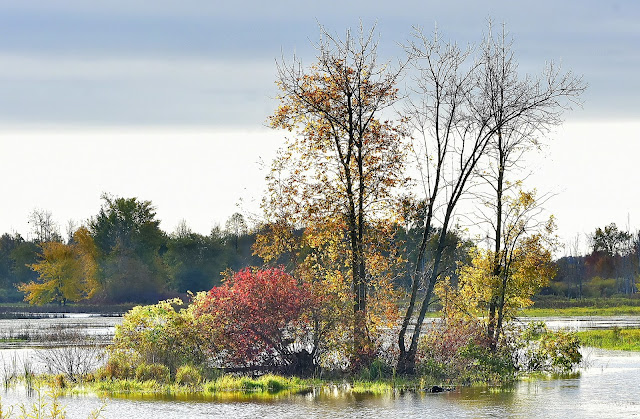 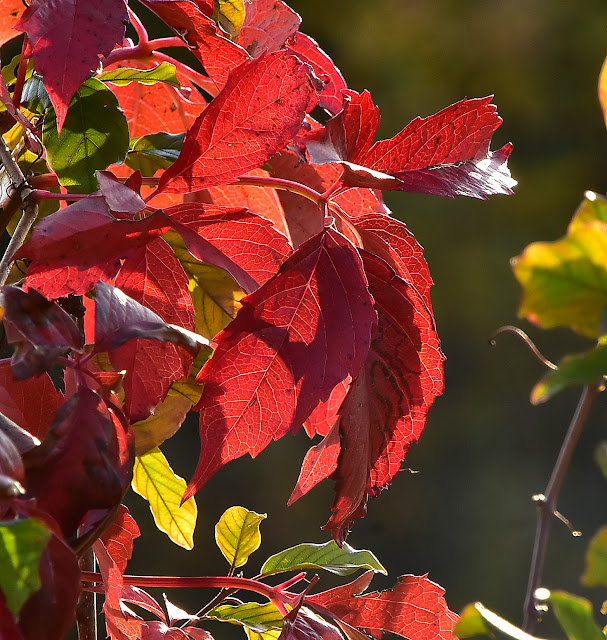 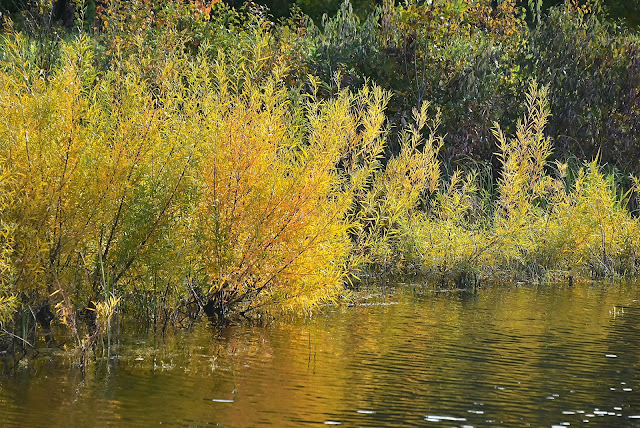 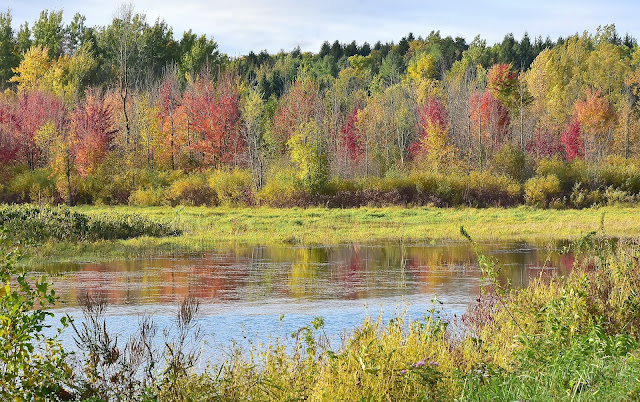 Okay, so much for all that stuff, so what else is new??  Well, not much and I'm afraid I come up short in that department as well.  Usually this time of year (with the exception of last year) we would be bustling around readying ourselves and the RV for our winter journey to the Great American Southwest.  Oh how I looked forward to that complete change of lifestyle each year.  I never saw our travels as a vacation, I always saw it as a complete change to our sticks and bricks routines here in Bayfield.  It was like journeying to another Planet where nothing looked the same as here in southwestern Ontario.  An exciting land of magical deserts and mountains, canyons, forests, and lakes.  People were different, many looked and dressed differently.  There was still an overall sense of freedom in the air.  Parts of the Old West were and still are alive if one just gets out there and looks for them.   And always so many new things to see, experiences to be had, and magic to be found.  I so miss those wide long-distance vistas where one can see for miles and miles and miles.  The fiery sunrises and sunsets, winds whispering through tall Saguaros, desert drives on bumpy Jeep roads, stars stretching from horizon to horizon and mountain top to craggy mountain top.  Long winding roads without another vehicle on them for as far as the eye can see.  The deafening sounds of desert silence and the sweet aroma of the Creosote shrubs in the green Sonoran desert after a gentle rain.  Mesquite and Palo Verde trees, Teddy Bear Chollas, Organ Pipe and Prickly Pear Cactus.  Oh to hear the chatter of a Cactus Wren or the chortling 'wheet-wheet' of a Curve-bill Thrasher.  And those sweet little chattering's of Gambles Quail.  Well, there I've gone and got myself all stirred up again:((   Goodnight!! 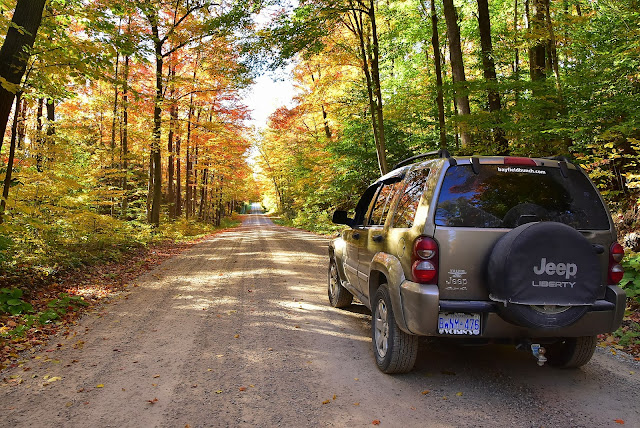 GROANER'S CORNER:((   The summer band class was just getting underway when a large insect flew into the room. The Sixth Graders, eager to play their shiny new instruments, tried to ignore the buzzing intruder, but eventually, one student, Tommy, could stand it no longer. He rolled up his music book and swatted the insect, then he stomped on it to ensure its demise.  "Is it a bee?" another student asked.  "Nope," Tommy replied. "Bee flat."

The preacher was wired for sound with a lapel mike, and as he preached, he moved briskly about the platform, jerking the cord as he went. Then he moved to one side, getting wound up in the cord and nearly tripping before jerking it again.  After several circles and jerks, a little girl in the third pew leaned toward her mother and whispered, "If he gets loose, will he hurt us?"