We had us a special weather advisory issued Sunday night warning of high gusting winds sometime around midnight. The winds came but it was the thunder, lightning, and rain that woke us up the most. 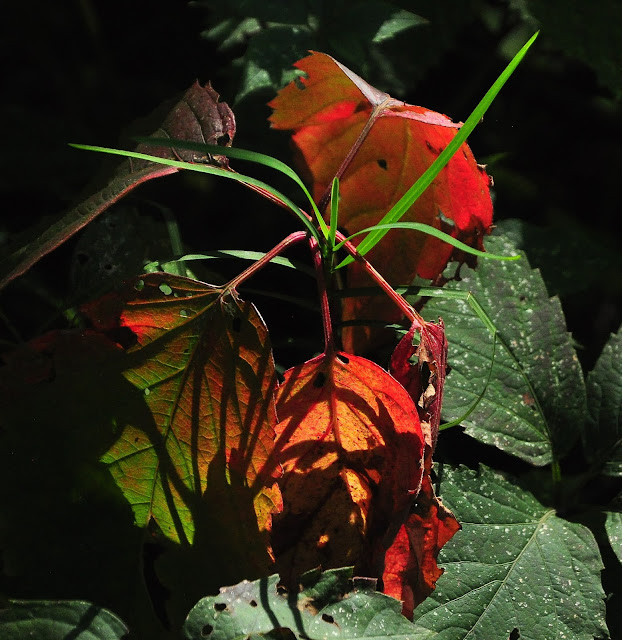 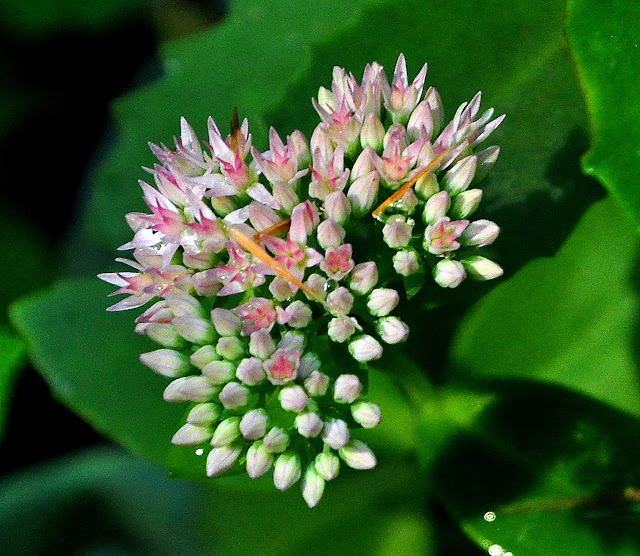 Loaded up Little Chief Crazy Beans shortly after 8 and headed out under a cloudy overcast.  We were the only ones on the early morning road between Bayfield and Goderich this holiday Labor Day Monday.  Two big Class A's, a C, and a fifth-wheel trailer in Goderch's Walmart parking lot.High overnight winds had whipped up Lake Huron waters.  With the way waves were crashing over Goderich's restoration boulders along the shoreline I figure there are going to be some mighty nice ice sculptures along the new rocky shore this coming winter. 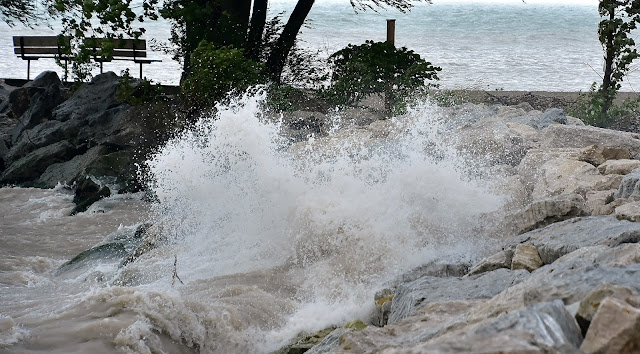 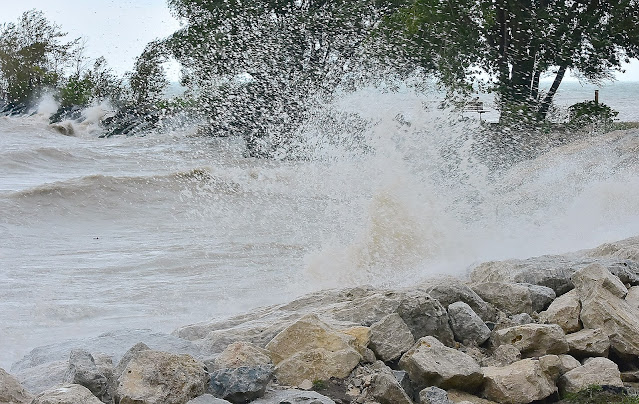 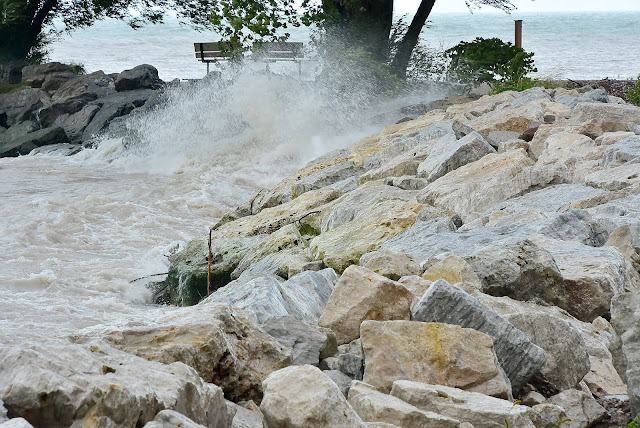 It's funny sometimes how we don't see the things we look at every day and how not seeing something on a regular basis tends to convince the brain it probably never existed in the first place.  Take for example my blog's sidebar where there is a page entitled 'Kelly and Al...Who We Are'.  This page title has breezed by my eyes every day for the past five years but I didn't see or pay it any attention until a couple days ago.  I knew what the page contained of course, or did I.  Out of curiosity I clicked on it and yes there were the paragraphs I had written.  But here's the kicker, I had written those paragraphs 5 years ago and had not remembered to update the page since May of 2015!!!!  We still had the house in Congress Arizona then.  Well, without further ado I set about updating it today in about the shortest manner possible.  So for any readers out there who may have thought the Bayfield Bunch had dropped off the planet, you can now read the short update.  I wonder what the chances are of me remembering to update it again sometime in the next five years.  Oh geeezzzz, I guess I had best not even think about that one eh. 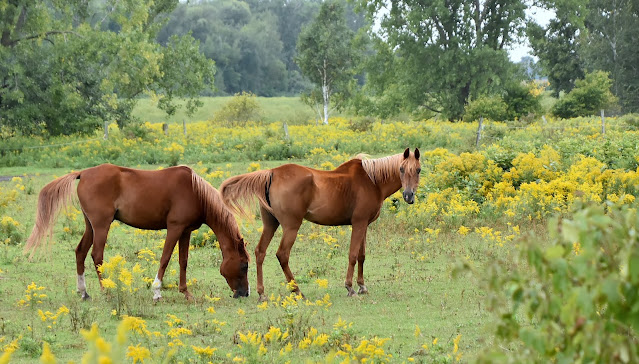 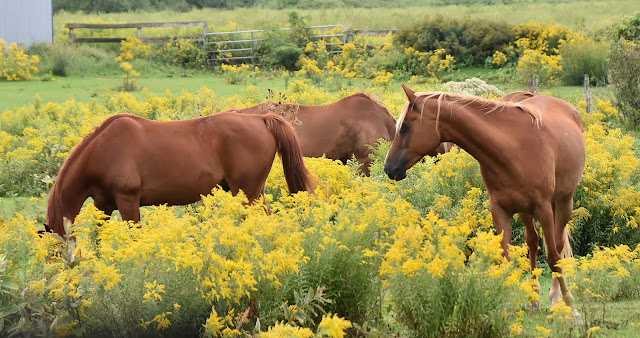 Richard finished and installed the custom running boards he made for our Winnie today.  As always, a truly professional job and I am really pleased with them.  Much safer entering or exiting the cab now.  The running boards that were on it were too narrow and I worried about twisting an ankle at some point.  Richard installed the new wood running boards right over top the old narrow aluminum boards and they are rock solid.  He also fixed an unsafe loose aluminum tube section on our coach's rear ladder and soldered me up a new towing cable set-up for our Jeep as well.  Not one of those things could I have done myself.  So grateful for his help. 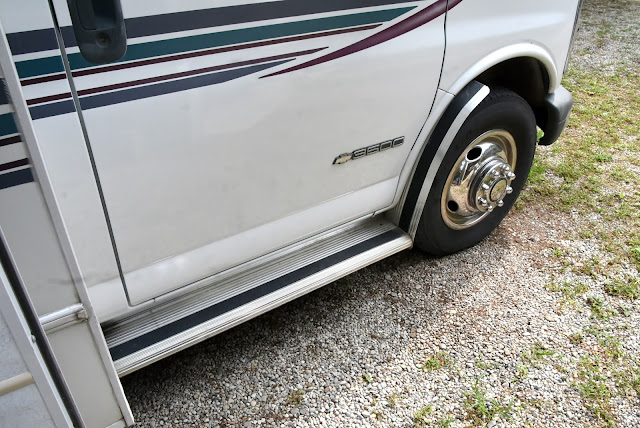 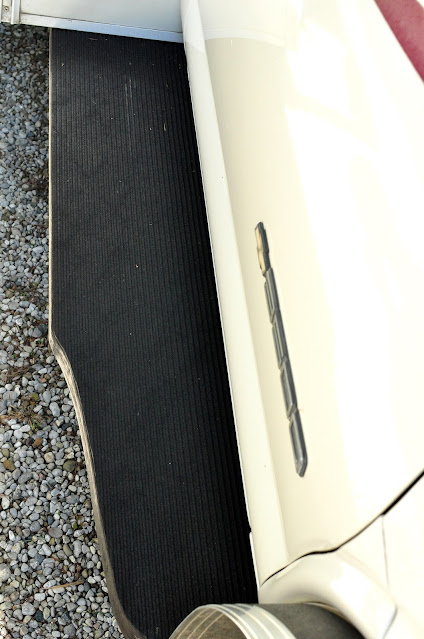 I'm hoping for a better week ahead.  The one behind me was not one of my best.  This aging thing is not getting any easier either mentally or physically.GROANER'S CORNER:((   An incompetent counterfeiter spent all day making his funny money. At the end of the day, he realizes he spent all his time making $15 bills.  He figures that the only way he's going to get anything from this batch of money is to find a place where the people aren't too bright and change his phony money for real cash.  He travels to a small town and walks into a small Mom and Pop grocery store. He goes to the old man behind the counter and asks him, "Do you have change for a $15 bill?"  The old man replies, "I sure do...How would you like that? An eight and a seven, or two sixes and a three?"

A boy, frustrated with all the rules he had to follow, asked his father, "Dad, how soon will I be old enough to do as I please?"  The father answered immediately, "I just don't know, son. No male has ever lived that long yet." 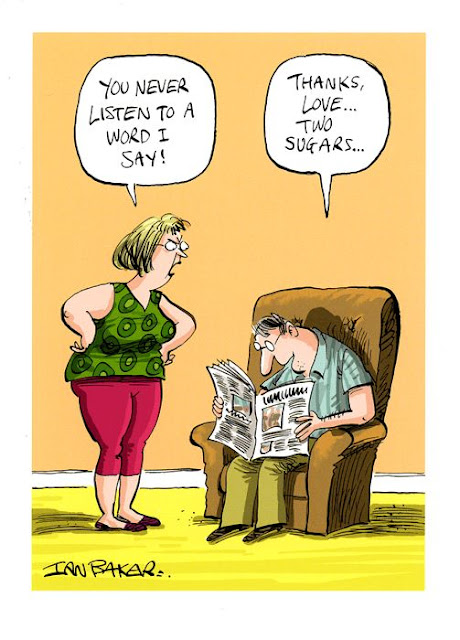