Hard to imagine it's September 1rst already but here we are knocking on Autumn's door.  Fall is definitely in the air with our cooler nights and heavy morning dews.  Hot and humid will soon be a thing of the past until next year.  And for that, I am truly thankful. 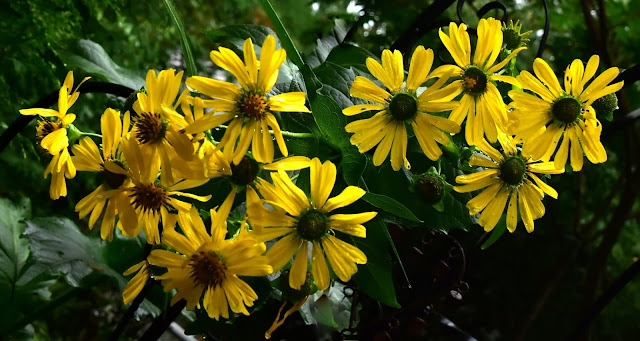 Needing test strips and lancets for my One Touch Verio Plus Reflect blood sugar monitor Pheebs and I headed off to the Walmart Pharmacy in Goderich.  Warm sunny morning with a cooling breeze.  A spin down around the harbor and beach with a walk at the dog walking area.  From Walmart, we headed for home stopping for a few photos along the way.  It is very rare to ever see pigs or chickens any more and imagine my surprise when I spotted a couple of pigs along with half a dozen chickens and a few domestic geese all together in a field close to the road.  Had to make a U-turn and come back to make sure I wasn't seeing things.  I wasn't.  How nice to see chickens, pigs, and geese roaming free.  That was the norm years ago growing up but it's been many decades since I last saw a pig outside enjoying itself in the fresh morning air.  Kudos to the farmer for letting his animals out to delight in warm sunshine, eat fresh grass, and not feel restrained and hopelessly confined. 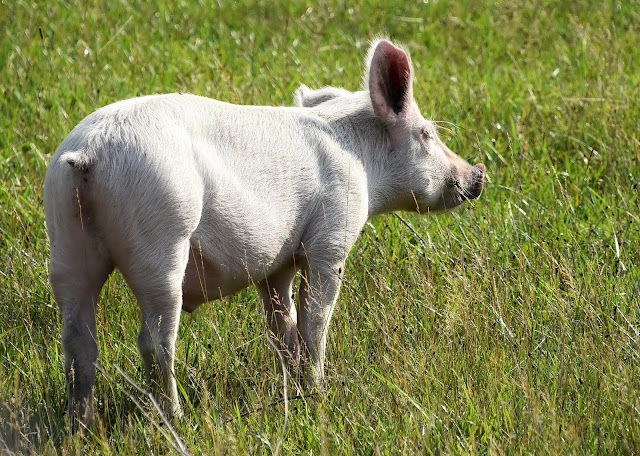 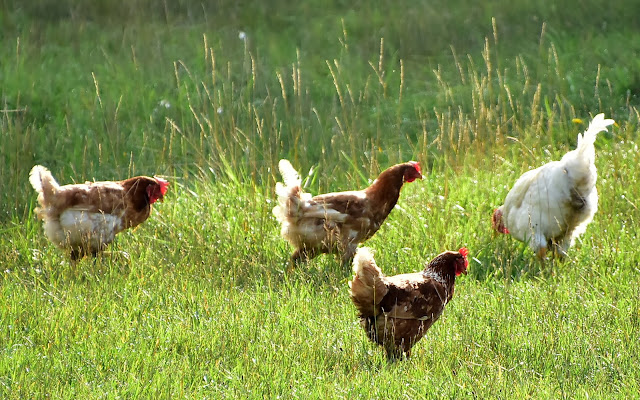 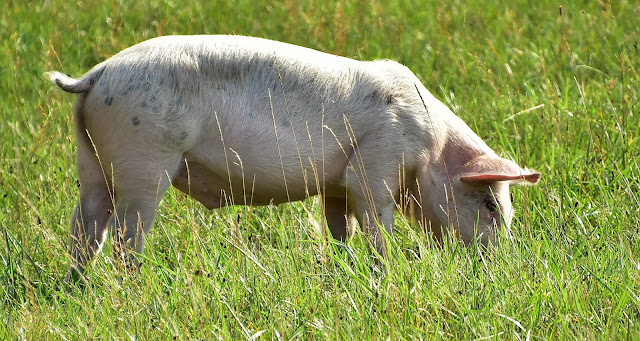 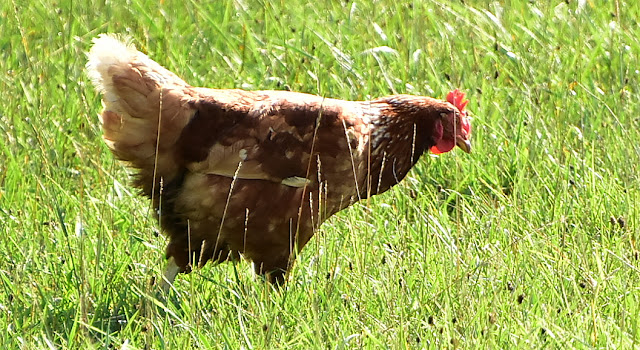 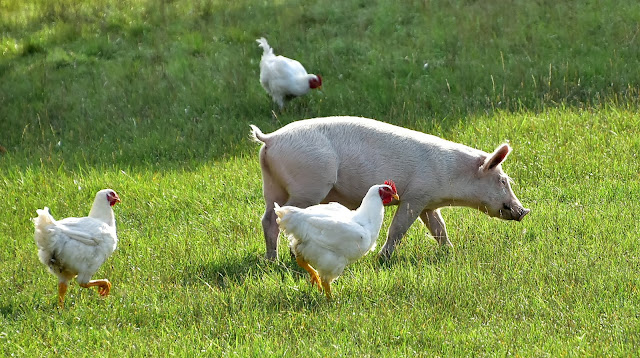 Getting closer to our shake-down cruise in the Winnie-Spirit.  Exactly when and where that will be we haven't decided yet.  Had hoped to be rolling right after the Labor Day weekend but that week is shot due to 3 med appointments for me so it looks like the week after that.  We'll only have maybe 4 to 6 weeks of doable travel time before the pre-winter nasty stuff sets in around these parts.  And like every other Snowbird here in Canada it is still a big unknown if any of us will make it down south somewhere this winter.GROANER'S CORNER:(( A tired homemaker opened the front door of her home to find a young minister from the neighborhood who said, "I'm collecting donations for the new children's home we're building. I hope you'll give what you can."  "To be sure," said the beleaguered woman, "I'll give you two boys, two girls, or one of each."

At a local gun show, two guys were bragging about their wife's abilities."My wife's a fine shot. She can hit a silver dollar at a hundred yards every time.""That's nothing. My wife goes through my trousers twice a day and never misses a dime." 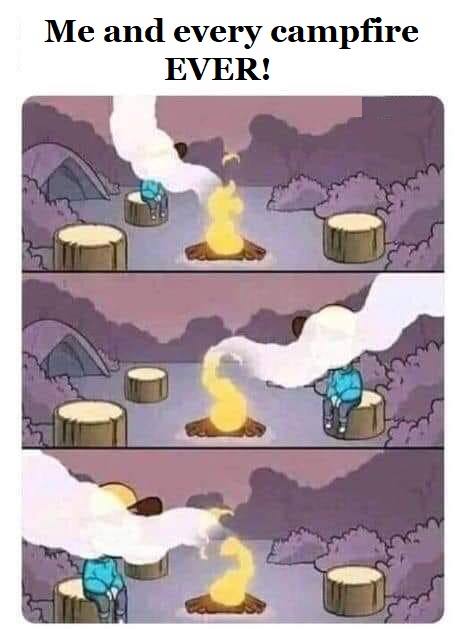 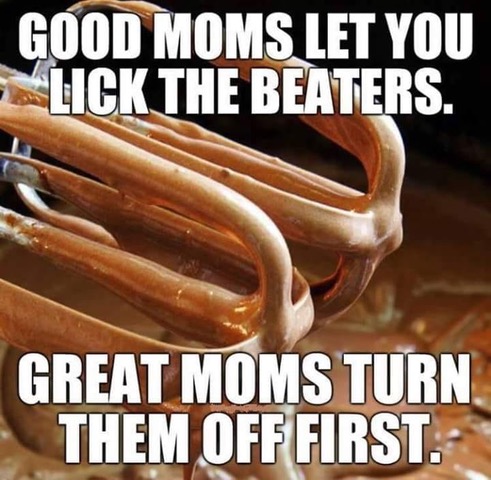