HEALTH CONCERNS ARE PRIORITY....WE ARE HOME

Had ourselves a quiet night but Kelly didn't sleep well due to a lot of itching from her liver condition.  I woke up around 4 and had to fire up our furnace.  I don't sleep so good if I'm cold.  Kelly's different, she would do well in Alaska.  Cranked up the generator so our furnace's fan didn't run the battery down.  Aside from bumping into each other occasionally we are adjusting well to our smaller space.  Pheebs too, although we all might have to strap 'Oooga-Oooga' horns on ourselves just to let each other know our proposed direction of travel while moving around inside the rig.  Below are a few remaining Monday photos which didn't make it into yesterday's post. 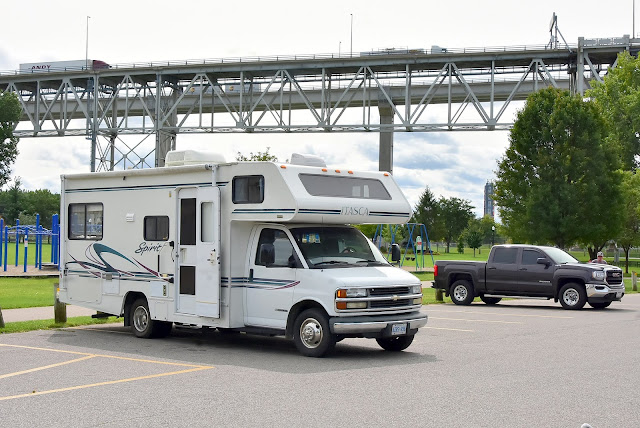 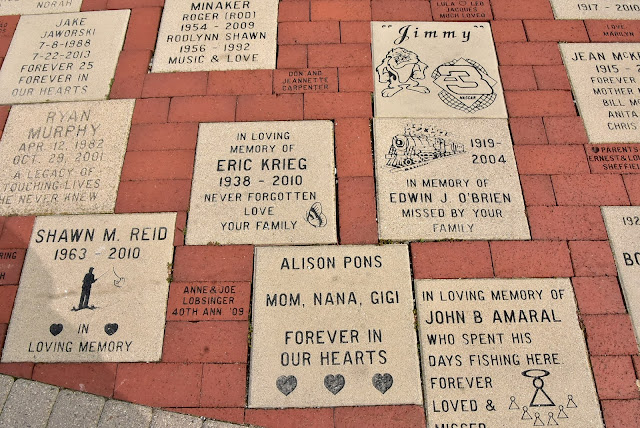 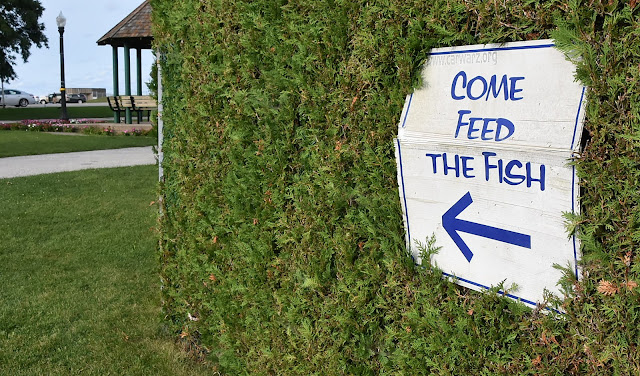 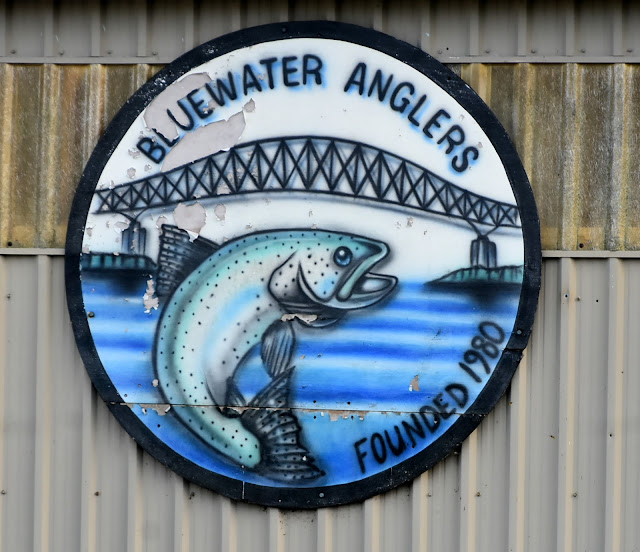 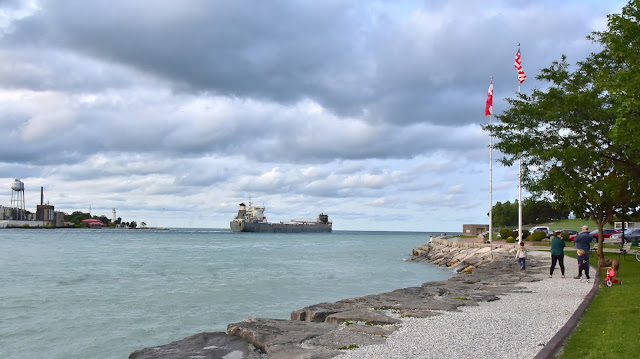 It was 7 a.m. under clear and cool morning skies when we saw the longest freighter we'd ever seen coming upriver heading into Lake Huron.  The Walter J. McCarthy Jr was under a full head of steam powering against the strong current.  The waters of lakes Superior, Michigan, and Huron, all funnel through this narrow St. Clair River opening on their way to Lake Erie, Lake Ontario, and the St. Lawrence River on their way to the North Atlantic Ocean. 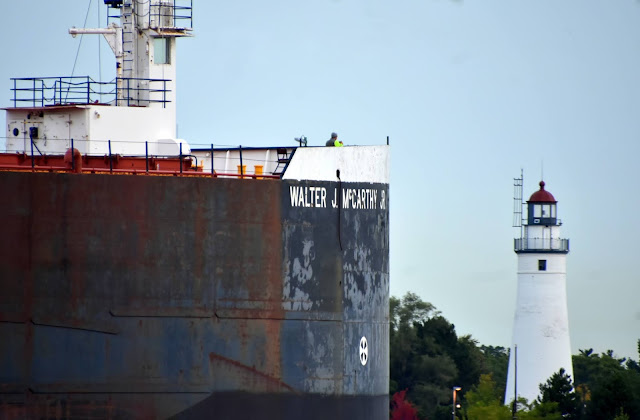 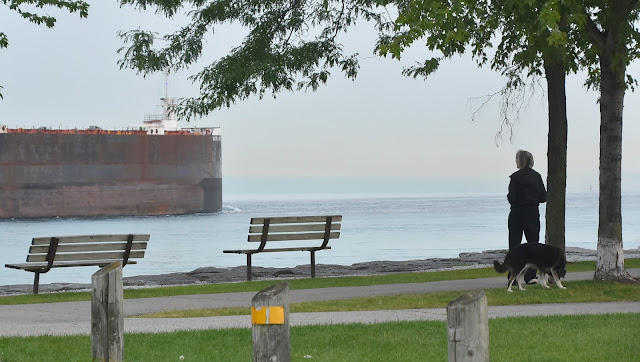 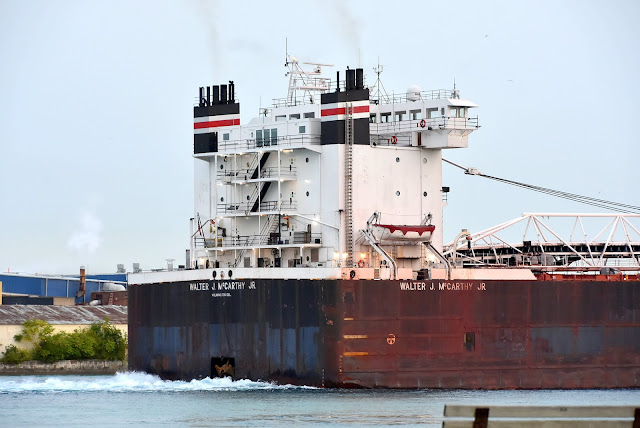 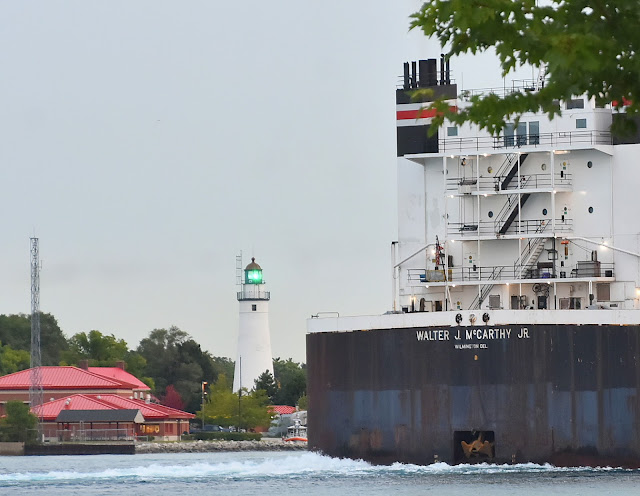 Had ourselves an invigorating morning walk south along the St. Clair River, under the bridge and south to a point about halfway between the Blue Water Bridge and the Point Edward Starlight Casino. 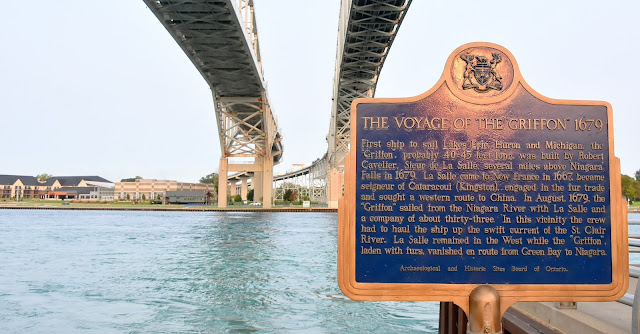 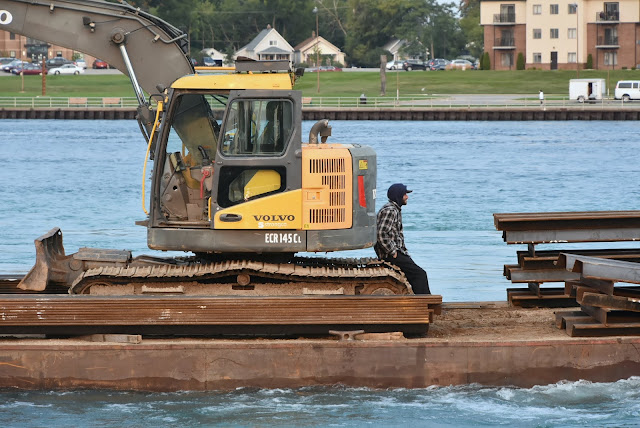 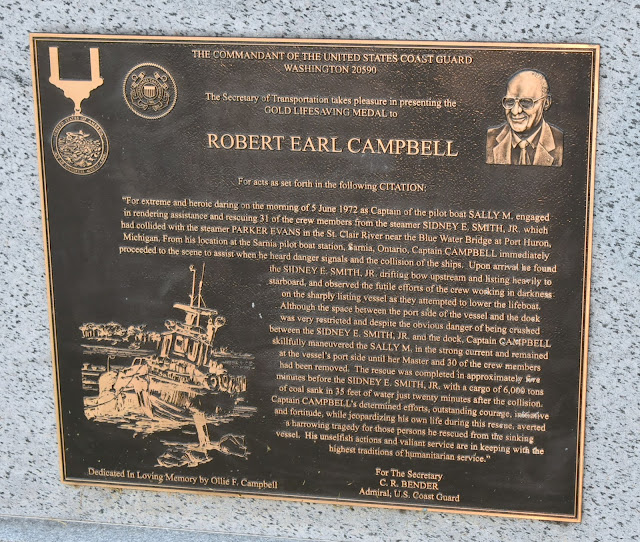 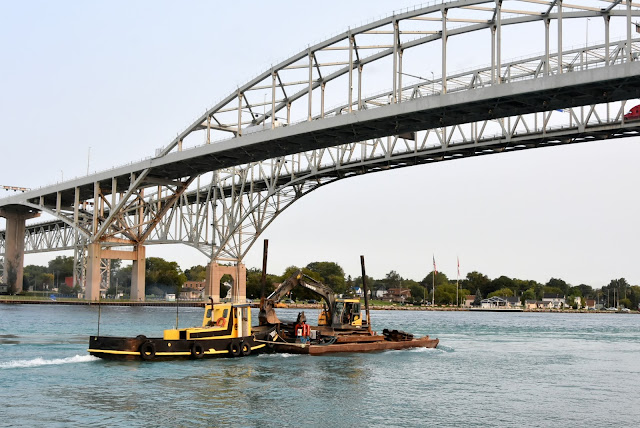 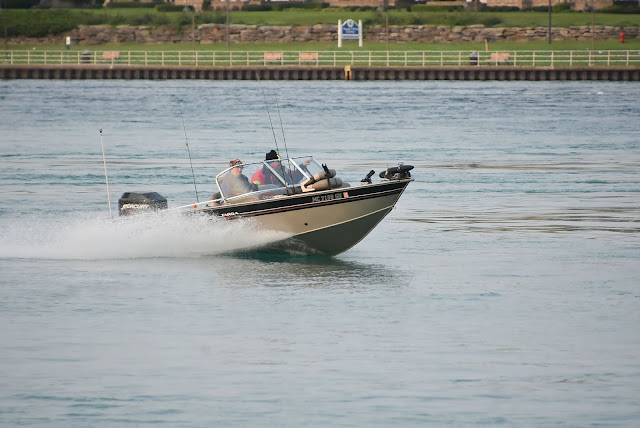 They sure have done a marvelous job on this Water Front park along the river.  A lot of time, thought, and money, has gone into this project over the years.  It's a great spot for people watching and we noticed how popular it is with health-minded folks.  People seemed friendly as well, even some of the teenagers we came across.  We felt perfectly safe here and would recommend this spot to anyone. 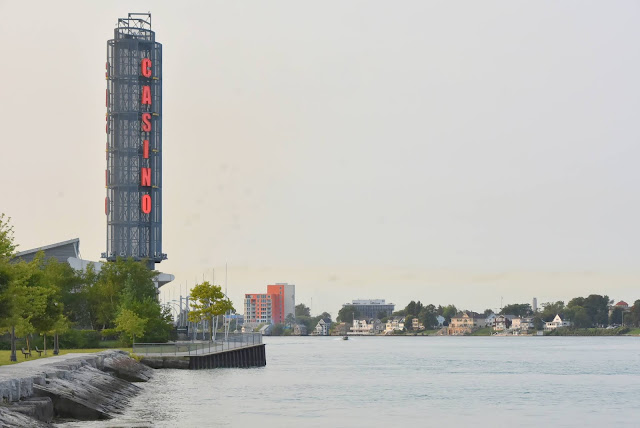 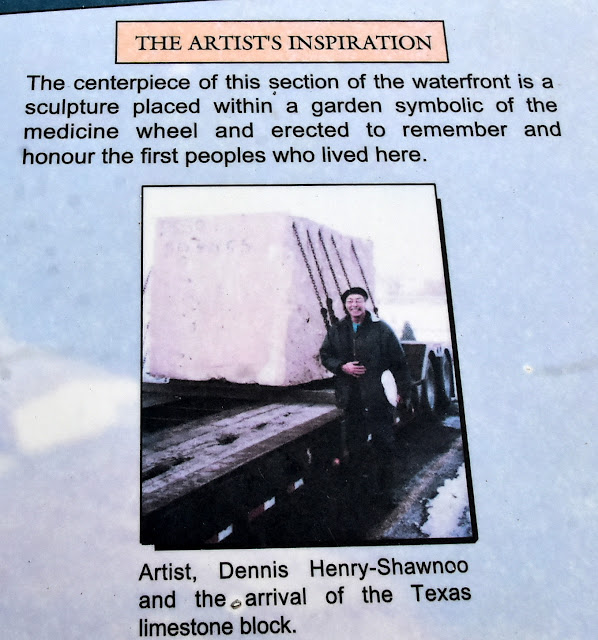 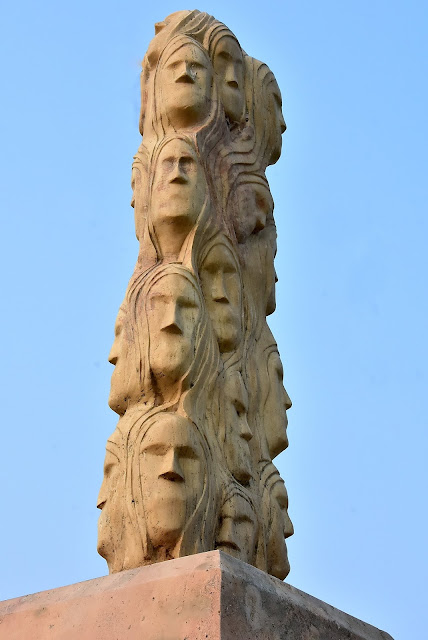 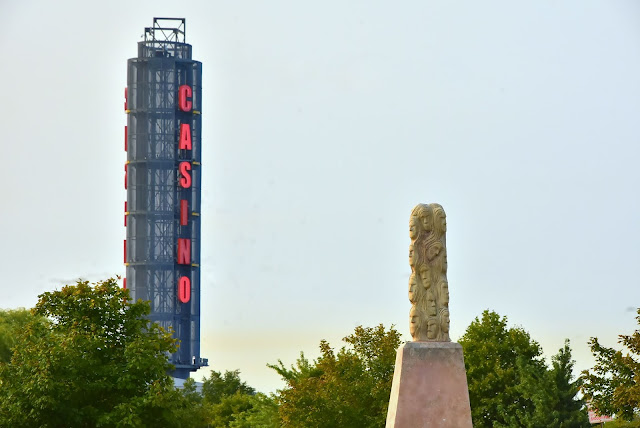 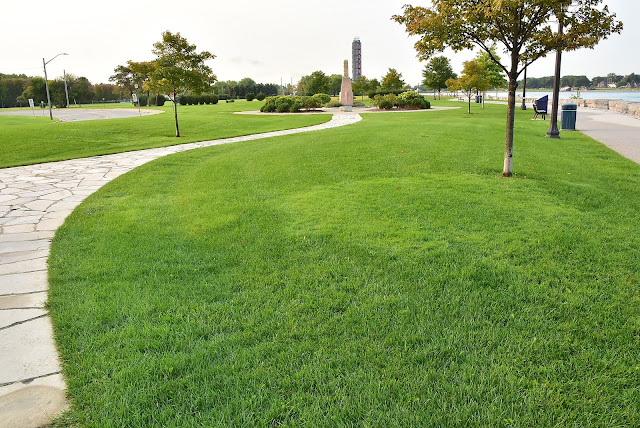 Rolling out of Waterfront Park around 10 we cruised a short distance over to the Starlight Casino grounds to check it out.  The Casino is closed now but will re-open soon.  Lots of easy parking but we couldn't pick up a Wifi signal.  Maybe when the Casino re-opens there will be a signal.  Decided to head south of Sarnia following the St. Clair river.  Once you leave all the oil refineries behind it's all flat farmland and very scenic along the river with all the houses, docks, and boats.  And right across the river is the United States of America. 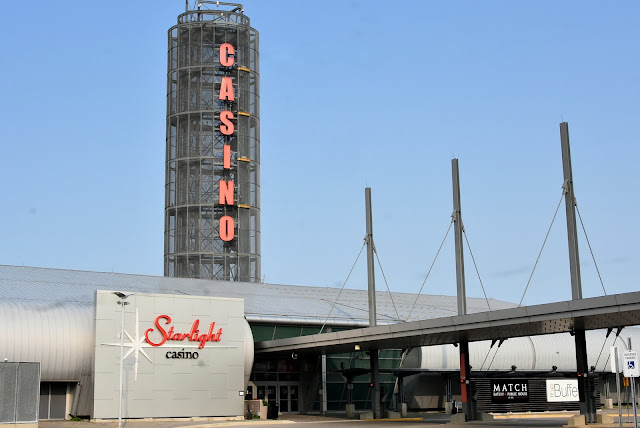 Kelly wanted to stop at a Blueberry farm near Bothwell Ontario so we headed off in that direction but I could tell Kelly was really beat from her lack of sleep the night before.  And she was still having trouble with her itching problem.  A decision was made about mid-afternoon to head for home.  Kelly's health was priority and she was definitely needing some rest time.  We arrived home about 4:30 this afternoon and Kelly crashed in her chair.  Now, tomorrow I will tell you about our travels today which includes a flat tire. 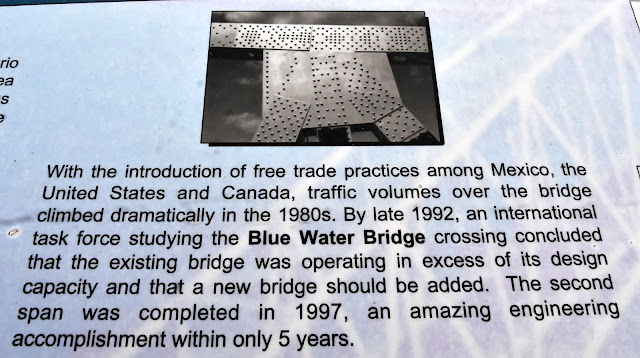 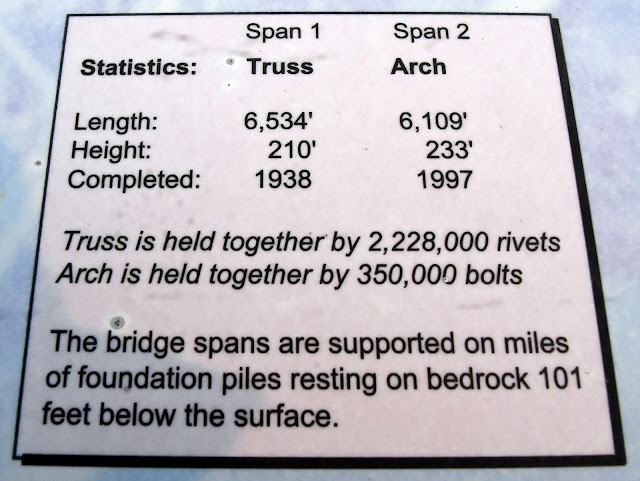 As tired as I am typing this tonight I am feeling much better about things these past couple days as opposed to the last few weeks.  This little jaunt of ours, although short, was just the jolt I had been needing.  A change of pace, a change of scenery, and a change of daily routines were just the magic ingredients I was needing.
Despite Kelly or I getting a good night's sleep our short shake-down cruise was a success.  We are both totally happy and satisfied with the way the Winnie-Wagon performed.  It's a great little rig and with a little tweaking here and there it will be an even greater little rig.  Looking forward to future travels:)) 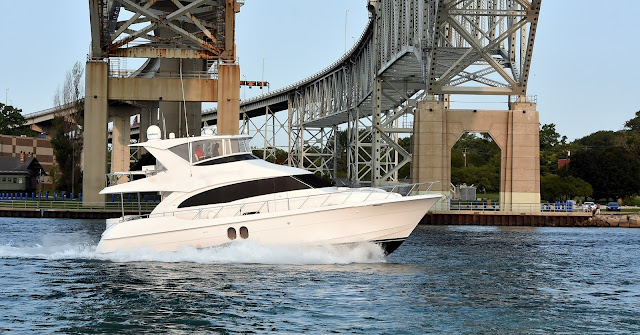 GROANER'S CORNER:((   Some Reasonably Good Questions::1. Does a clean house indicate that there is a broken computer in it?2. Why is it that no matter what color of bubble bath you use the bubbles are always white?3. Is there ever a day that mattresses are not on sale?'4. Why do people constantly return to the refrigerator with hopes that something new to eat will have materialized?5. On electric toasters, why do they engrave the message “one slice?” How many pieces of bread do they think people are really gonna try to stuff in that slot?6. Why do people keep running over a string a dozen times with their vacuum cleaner, then reach down, pick it up, examine it, then put it down to give the vacuum one more chance?7. Why is it that no plastic garbage bag will open from the end you first try?8. How do those dead bugs get into those closed light fixtures?9. Considering all the lint you get in your dryer, if you kept drying your clothes would they eventually just disappear?10. When we are in the supermarket and someone rams our ankle with a shopping cart then apologizes for doing so, why do we say, “It's all right?” Well, it isn't all right so why don't we say, “That hurt, you stupid idiot?”11. Why is it that whenever you attempt to catch something that's falling off the table you always manage to knock something else over?12. Is it true that the only difference between a yard sale and a trash pickup is how close to the road the stuff is placed?13. In winter why do we try to keep the house as warm as it was in summer when we complained about the heat?14. How come you never hear father-in-law jokes?15. If at first you don't succeed, shouldn't you try doing it like your wife told you to do it? And obviously if at first you don't succeed, then don't take up sky diving!16. The statistics on sanity are that one out of every four Americans is suffering from some sort of mental illness. Think of your three best friends, if they're okay, then it's you.
================ 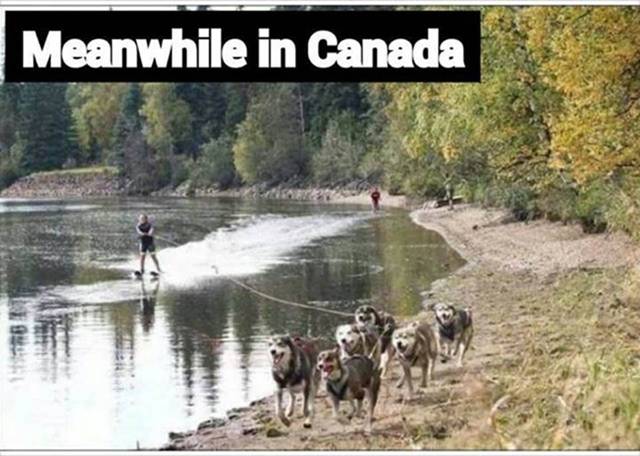 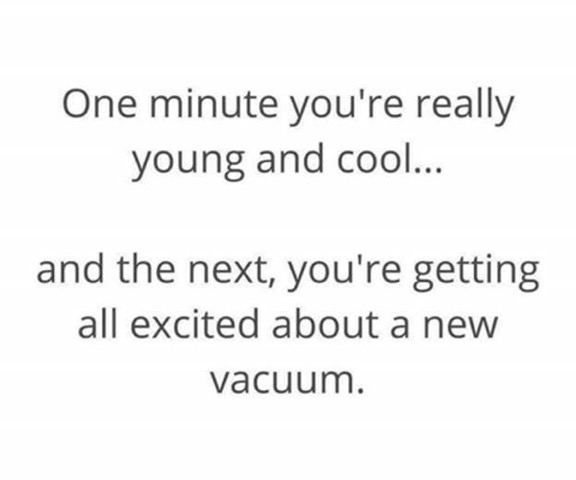