SOMETIMES I FEEL LIKE WE ARE LIVING IN RECLINERVILLE

Bit of a different start to our day.  Heard the pitter-patter of tiny feet and a soft squeaky little voice coming down our hallway about 6 a.m.  It's not often we hear little voices here at our house.  It was Ella of course and she had just woke up after having slept in our spare bedroom.  Her Mom, Rebecca was still asleep out in our Motorhome. 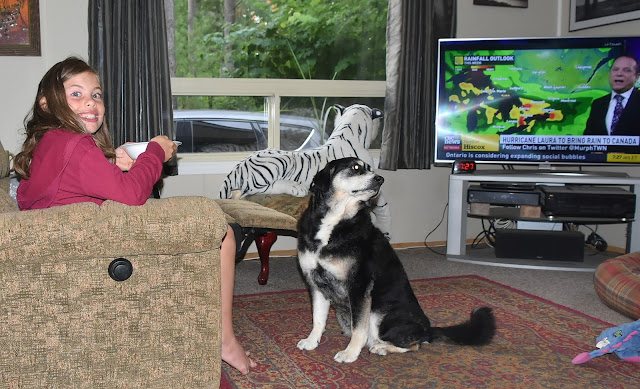 For a fellow who looks forward to sunny days I was relieved to see we had a heavy cloud cover hanging over us this morning.  No sun at this time of year means less heat and humidity so with that thought in mind we headed off to Goderich's dog walking area alongside the lake and took ourselves for a stroll along the bluff top.  Cloudy days also mean diffused lighting without stark contrasts between bright sunlit areas and dark shadows.  And that makes for easier photos. 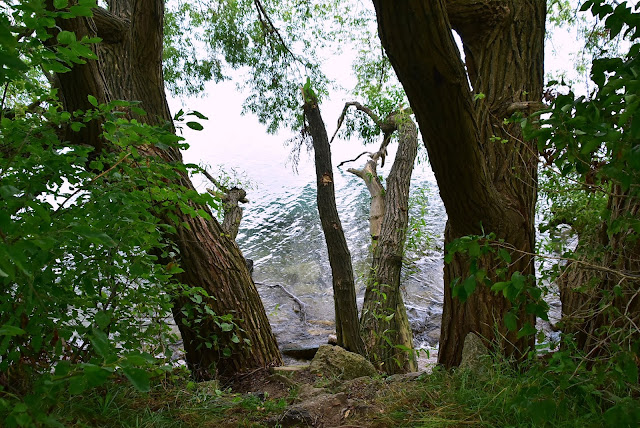 We were lucky to have the dog walking area all to ourselves so we took advantage of that and took our time meandering along.  Only had to dodge a couple ladies out for a walk. 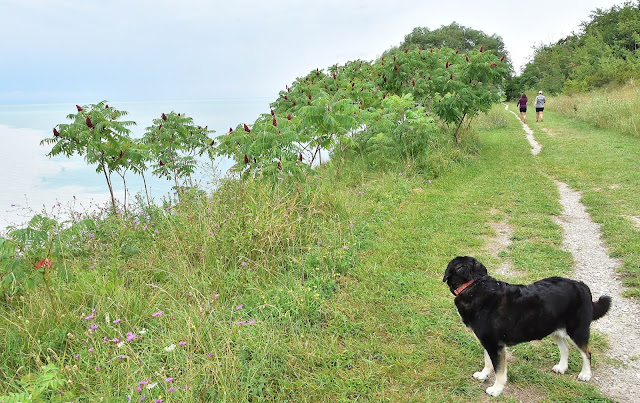 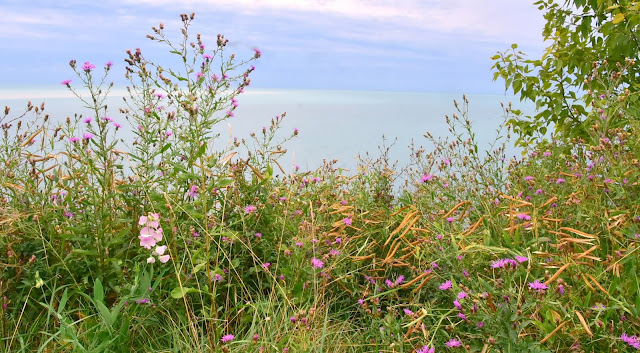 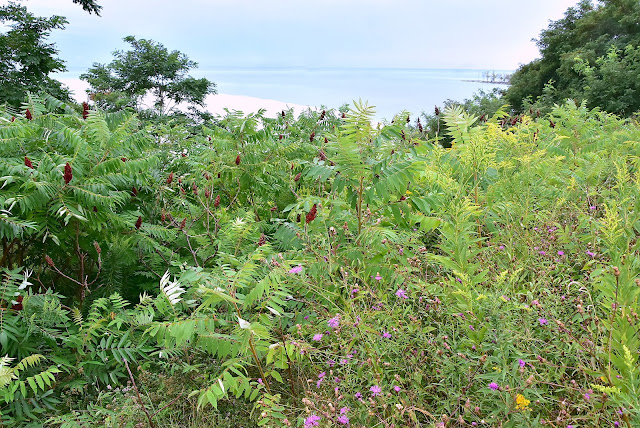 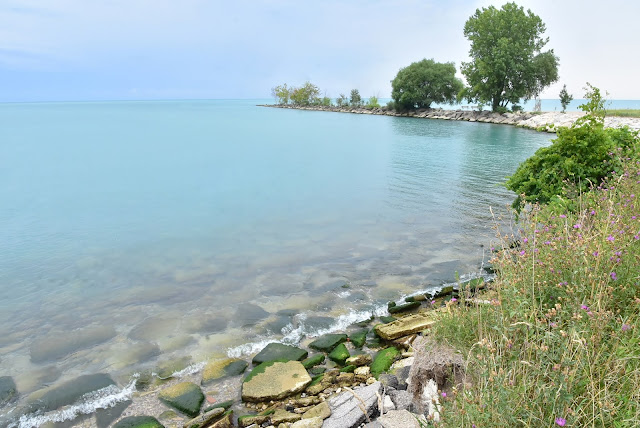 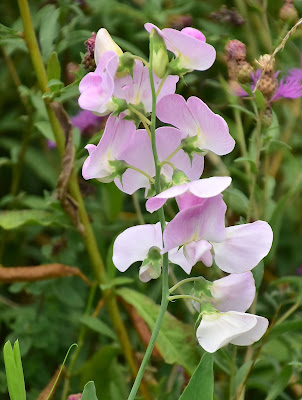 We were home at our usual time around 10 o'clock.  Ella was sure glad to see Pheebs and those two zany characters were right back at it tearing around the house.  About an hour after that Kelly, Rebecca, and Ella, all piled into Kelly's Sunfire and they were off to Goderich for a little browsing around.  And I'm sure they will find themselves some tasty eats along the way as well.
The first raindrops began around 1:30 and within half an hour we had a steady water dump going on.  It finally let up around 5.  And we needed that good soaking rain too.Sometimes I feel like we are living in Reclinerville.  Although we are only two people living in our house we have eight recliners, ten if you include our outside gravity chairs.  Two recliners in our sunroom, two in our Motorhome, and four in our living room with two of them being in a loveseat.  Now that is a lot of reclining going on every day.  I even sleep in one of those recliners each night and two of them if we are traveling in the RV.  Can't think of any piece of furniture more comfortable than a recliner.  Glad I wasn't around years ago when the most comfortable sitting device was a wooden rocking chair!! 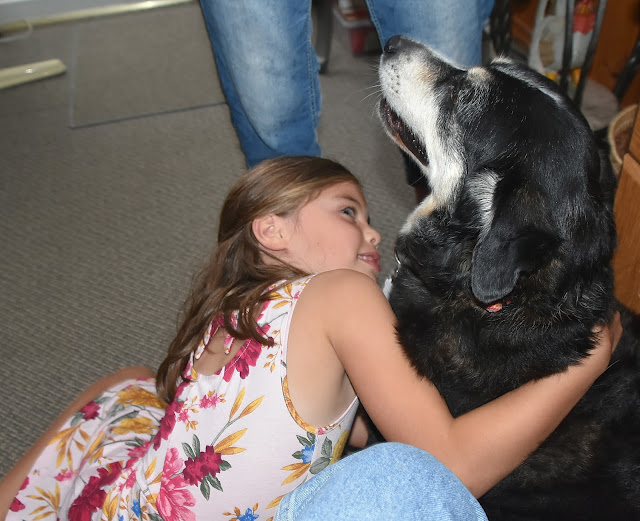 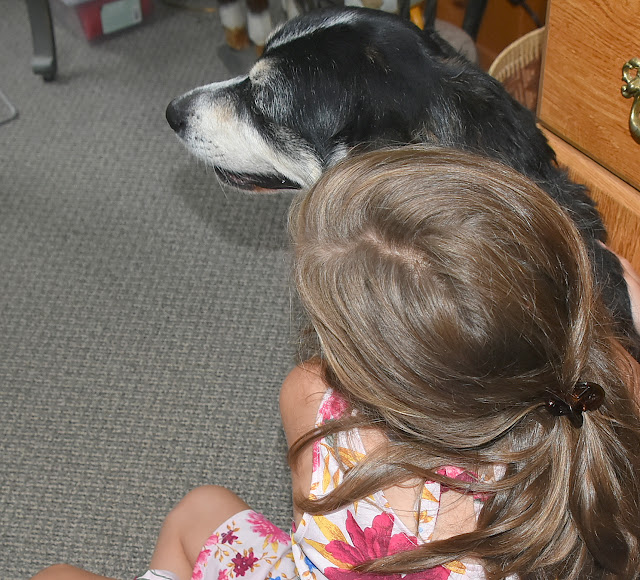 GROANER'S CORNER:((    A middle-aged woman had a heart attack and was taken to the hospital.  While on the operating table, she had a near death experience.  Seeing God, she asked, "Is my time up?"  God said, "No, you have another 43 years, two months and eight days to live."  Upon recovery, the woman decided to stay in the hospital and have a face-lift, liposuction and tummy tuck. Since she had so much more time to live, she figured she might as well look even nicer.  After her last operation, she was released from the hospital.  While crossing the street on her way home, a speeding truck ran over and killed her.  Arriving in front of God, she demanded, "I thought you said I had another 40 years? Why didn't you pull me out of the path of that speeding truck?"  God replied, "Sorry, I didn't recognize you.

One man said to another, "I got my wife a lady's wristwatch." "Did she like it?" the second man asked.  "Yes, but then the lady showed up and took it back."

- Q: How do you make an arrogant man's eyes light up?  A: Put a flashlight in his ear. 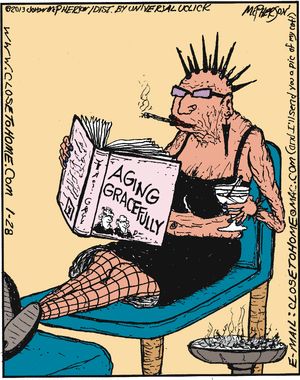 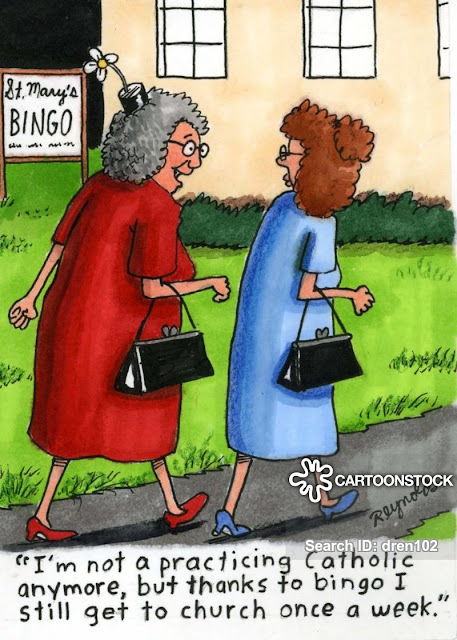