Pheebs and I followed the Jeeps windshield wipers out the driveway, down the road, and into Bayfield for a little drive around the village.  Not much going on but did notice progress on the gas bar canopy at the Tim Horton coffee shop site. 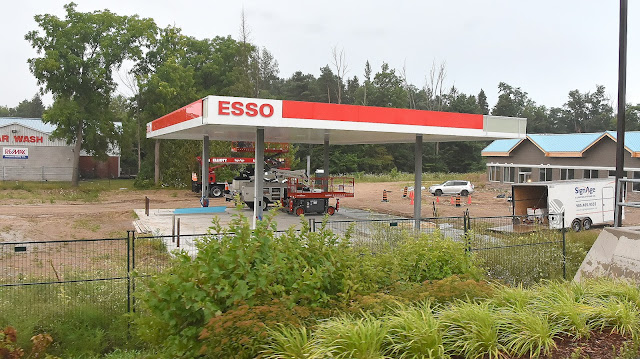 Kind of a gloomy morning so we turned around planning to head home until I noticed a small patch of blue sky out over the lake.  Soon more patches of blue appeared and the rain stopped. We quickly switched course and set sail for the Hullett Marsh.  No sooner there when morning's Sun really began heating up the already moisture-laden air making it too hot and sticky for me.  Wasn't long before we turned around for the second time this morning and made tracks for home. 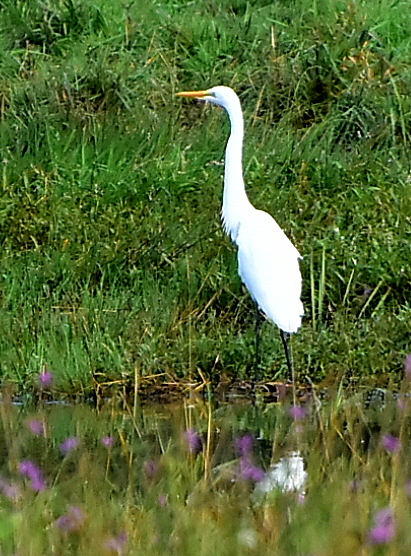 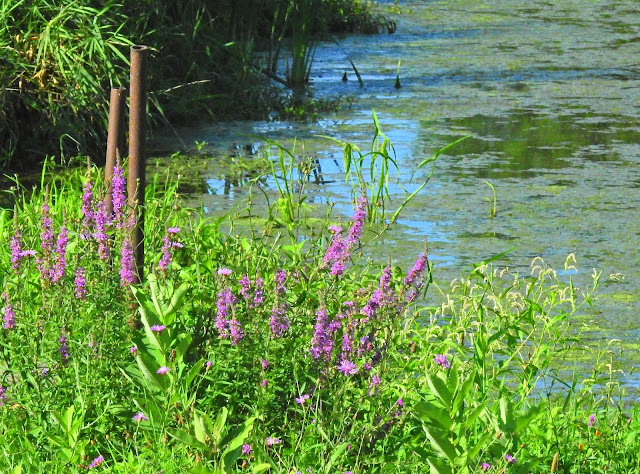 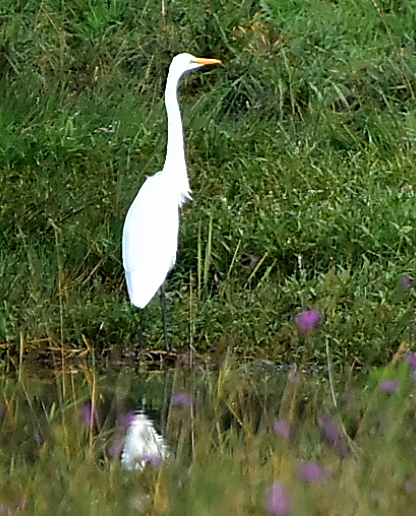 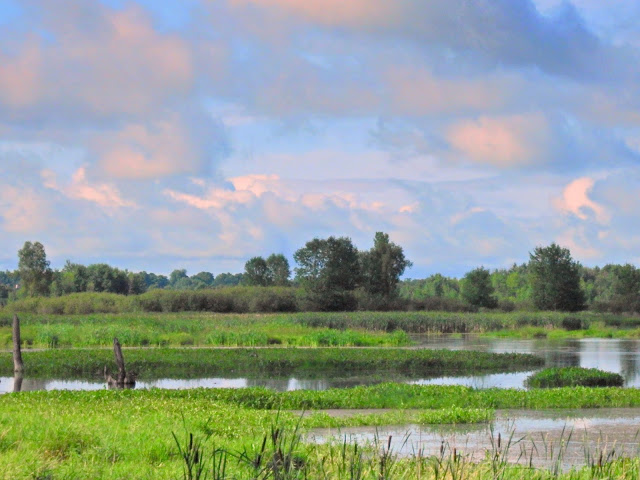 No sooner back when I noticed the sky clouding over again so that allowed me, with less humidity in the air, to head outside and resume my cleaning and waxing project on the Winnie.  Got an hour in before having to retreat inside and throw my old soggy sack of bones into the shower.  The passenger side is now done with the back cap nearly being done as well.  Next, I will tackle the driver's side but not until this miserable humidity backs off some more. 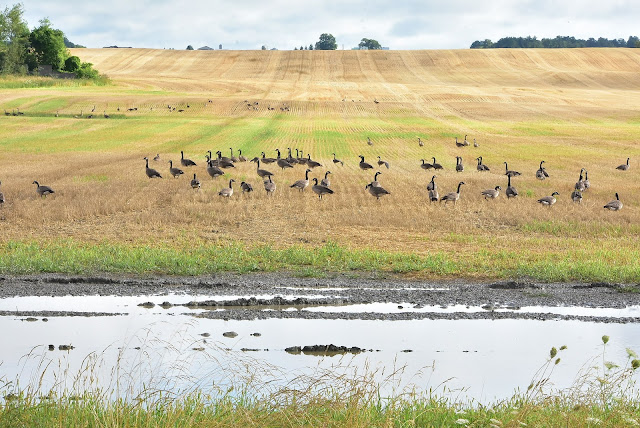 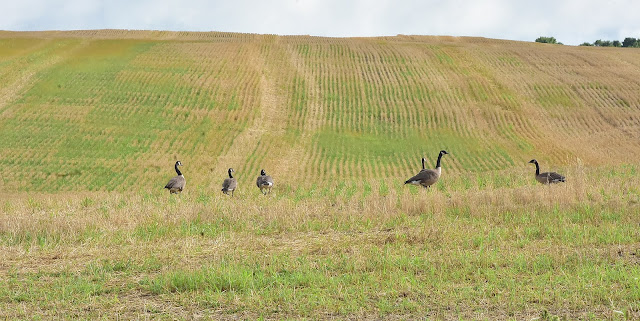 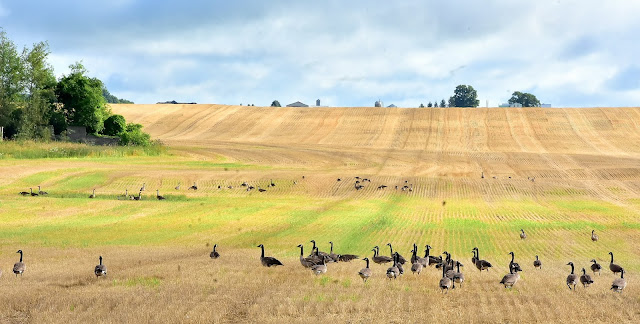 It was early afternoon when all three of us piled into our Winnie Spirit and took her for a needed run around our big country block.  It's important to keep that engine battery charged up. 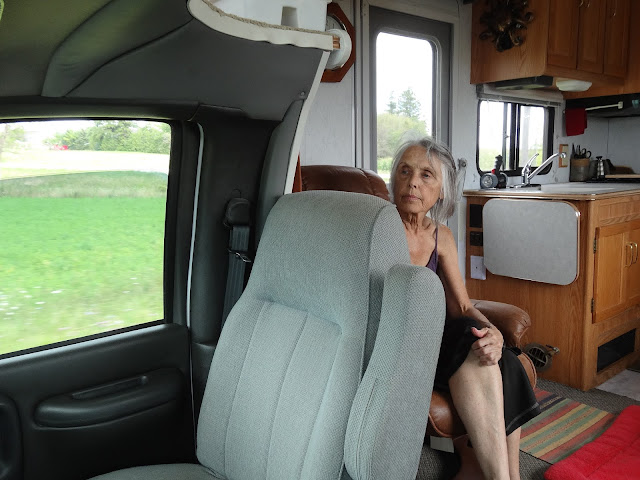 Sometimes after supper, we all pile into the Jeep and take a short drive around on the Park's newer roads to see how they are progressing.  Monday night we noticed how much one new section of road had almost been washed out where it crosses a creek.  This torrent of rain happened Friday night and Saturday morning. 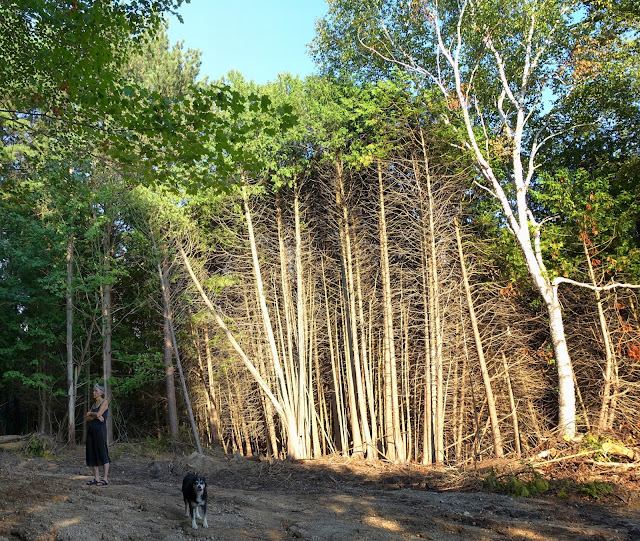 I am so much looking forward to the change of seasons this year and with any luck, the very first signs of that change should begin very shortly.  For years I would first notice those signs around the middle of August with the exception of the last couple years and especially last year when it stayed hot right through September.  With global warming, it's possible the weather patterns have now changed but I'm hoping not.  With luck, I will shortly notice a change in the air.  Hopefully, the humidity will soon be gone as daytime temperatures slowly drop.  Nights will be cooler and I will soon begin to hear the chirping of Crickets.  And oh how I love that sound.  As days become noticeably shorter and forests quieter flying insects are no longer an annoyance.  There will come an early touch of Fall in the air.  A feeling of calmness, a feeling of slowing down. I like this time as we edge toward September knowing we are about to slip into my favorite season of the year.  The sheer magic of Autumn.....I am counting the days:))))

GROANER'S CORNER:((   While sports fishing off the Florida coast, a tourist capsized his boat. He could swim, but his fear of alligators kept him clinging to the overturned craft.  Spotting an old beachcomber standing on the shore, the tourist shouted, "are there any gators around here?!"  "Naw," the man hollered back, "Ain't been any for years!"  Feeling safe, the tourist started swimming toward the shore. About halfway there he asked the guy, "How'd you get rid of the gators?"  "We didn't do nothin'," the beachcomber said. "The sharks got 'em."

“When the hockey season was suspended our Zamboni driver went missing. We weren't worried as we knew he would resurface.”

So a burglar broke into my house...I put the red dot on his chest and my cat did the rest! 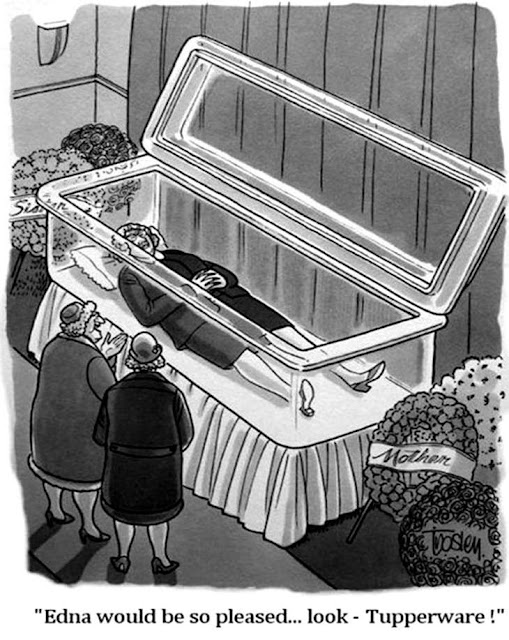