FOUND US A WALL HUGGER RECLINER FOR THE RV TODAY

With rain falling from the sky this morning it wasn't a long Jeep ride for us guys.  Home again shortly after we left I concentrated my energies in our car-port out of the rain cleaning and organizing the recent mess that has accumulated in there.  Dinette seats from the Winnebago  and boxes of RV stuff packed away after we emptied our Motorhome over a year ago.  About a third of the stuff will go into our Class C once we get organized to that point.
Rain ended about mid morning and despite the heavy humidity I was able to begin cleaning the back cap on the rig.  That done between a few light showers I next did both sides of the front cap before I had to retreat into the house and throw myself into the shower.
Part of our RV's renovation plans included finding a small used wall hugging recliner.  No easy task when it seems that all recliners we have looked at were too big and not wall huggers.  Kelly placed an ad in our local area Marketplace site on Facebook and received a reply from a lady in Clinton.  She had just what we were looking for so it was off to Clinton with us this afternoon.  Half an hour later we were home again with a very clean and like new wall hugging recliner in the back of the Jeep.  It's always nice when things work out like that. 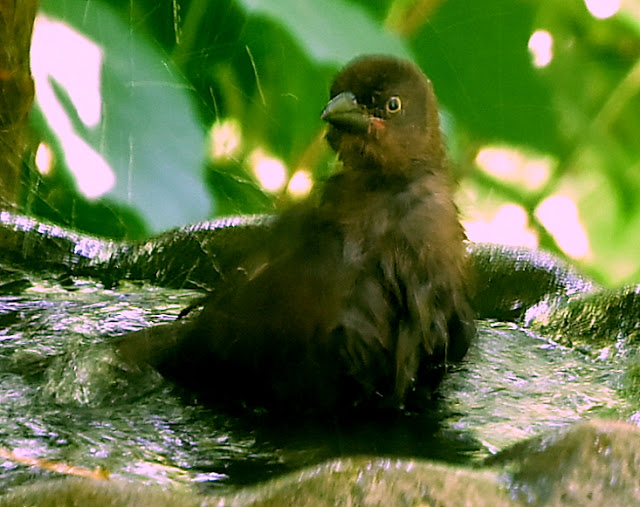 GROANER'S CORNER:(( Many years ago, a fisherman's wife blessed her husband with twin sons. They loved the children very much, but couldn't think of what to name their them. Finally, after several days, the fisherman said, "Let's not decide on names right now. If we wait a little while, the names will simply occur to us."
After several weeks had passed, the fisherman and his wife noticed a peculiar fact. When left alone, one of the boys would always turn towards the sea, while the other boy would face inland. It didn't matter which way the parents positioned the children, the same child always faced the same direction. "Let's call the boys Towards and Away," suggested the fisherman. His wife agreed, and from that point on, the boys were simply known as Towards and Away.
The years passed and the lads grew tall and strong. The day came when the aging fisherman said to his sons, "Boys, it is time that you learned how to make a living from the sea." They provisioned their ship, said their goodbyes, and set sail for a three month voyage.The three months passed quickly for the fisherman's wife, yet the ship had not returned. Another three months passed, and still no ship. Three whole years passed before the grieving woman saw a lone man walking towards her house. She recognized him as her husband. "My goodness! What has happened to my darling boys?" she cried.  The ragged fisherman began to tell his story:
"We were just barely one whole day out to see when Towards hooked into a great fish. Towards fought long and hard, but the fish was more than his equal. For a whole week they wrestled upon the waves without either of them letting up. Yet eventually the great fish started to win the battle, and Towards was pulled over the side of our ship. He was swallowed whole, and we never saw either of them again.""Oh dear, that must have been terrible! What a huge fish that must of been!"  "Yes, it was, but you should have seen the one that got Away...."
----------------------
I asked my doctor today how long he thought this COVID thing will last...
He said, “How should I know, I’m a doctor not a politician.”
=============== 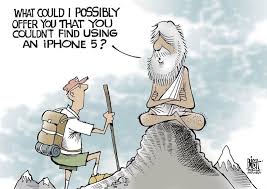