First stop on our morning Jeep ride was Huron Tirecraft in Clinton.  Had a slow leak in the Jeeps driver side rear tire.  They took me in right away and twenty minutes later Pheebs and I were on our way again.  Turns out it was a nail in the tire.  That's the third one so I must have driven over a nest of nails somewhere awhile back.
Headed over to the Bannockburn Conservation Area but with a car already in the parking lot we went on by.  A short distance away is Bairds Cemetery so we stopped there and had ourselves a walk around the perimeter.  I like looking at the creative artwork on many of the newer tombstones. 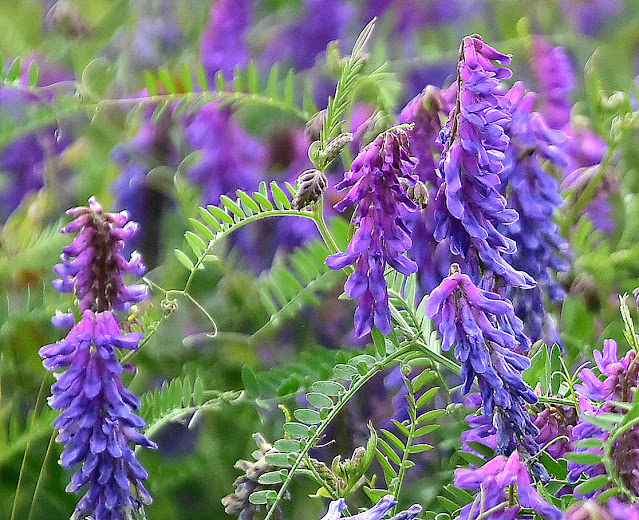 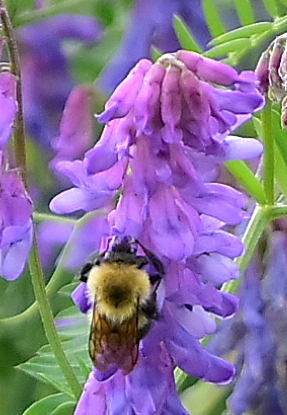 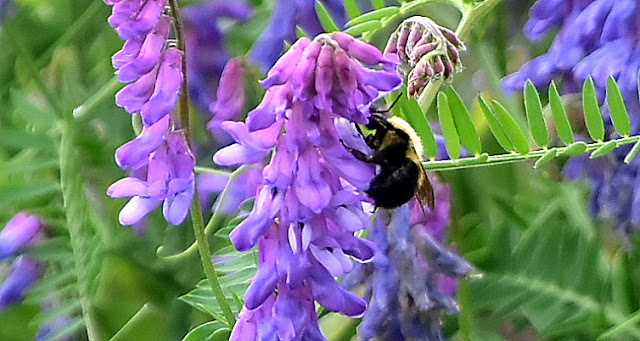 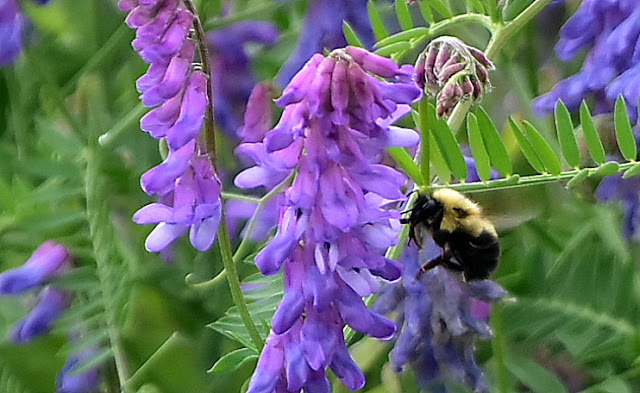 Home again before ten I enjoyably puttered around outside in our fast-growing green jungle trimming this, snipping that, and simply enjoying the soft chatter of summer birds on a beautiful sunny late June day.  Too hot and humid for an afternoon walk so we did an early evening walk instead. 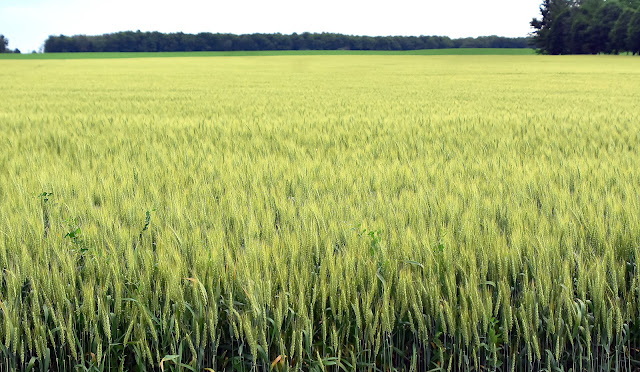 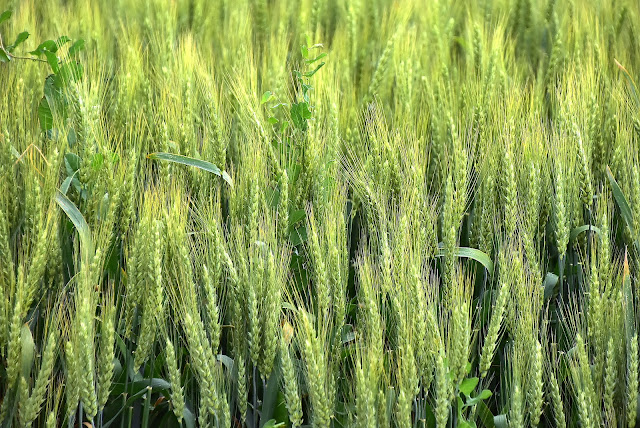 Here we are approaching the end of June already.  A short four and a half weeks from now we'll be staring down the month of fast approaching August.  Are we in some kind of speed warp?  Is not time flying much faster than it once did?  Have Aliens cranked up the nano-seconds on our Earth clock?  Or is it just something simple like the older one gets the faster time flys?  Six short months from today Christmas 2020 will already be behind us and with a whole New Year just days away we will be head over heels into 2021.  How is all this possible in such a short period of time?  Fasten your seat belts and hang on to your coat tails folks because we are going to be in for quite a ride these next half dozen months or so.  If ya know what I mean.............:((
GROANER'S CORNER:(( Everybody on earth dies and goes to heaven. God comes and says "I want the men to make two lines -- one line for the men that dominated their women on earth, and the other line for the men who were dominated by their women. Also, I want all the women to go with St Peter." The next time God looked, the women are gone, and there are two lines. The line for the men who were dominated by their women was 100 miles long, and in the line of men who dominated their women, there was only one man. God got mad and said "You men should be ashamed of yourselves. I created you in my image and you were all whipped by your mates. Look at the only one of my sons who stood up and made me proud. Learn from him! Tell them, my son, how did you manage to be the only one in this line?" The man replied, "I don't know, my wife told me to stand here."-------------------
What did the bra say to the hat? "You go on ahead, while I give these two a lift."
============= 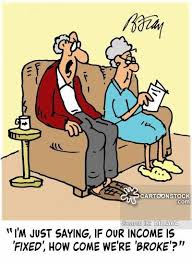