BEAUTIFUL COOL MORNING FOR A DRIVE THROUGH AMISH/MENNONITE COUNTRY

Had to insert this short paragraph here because I made a text and photo mistake in my spacing. 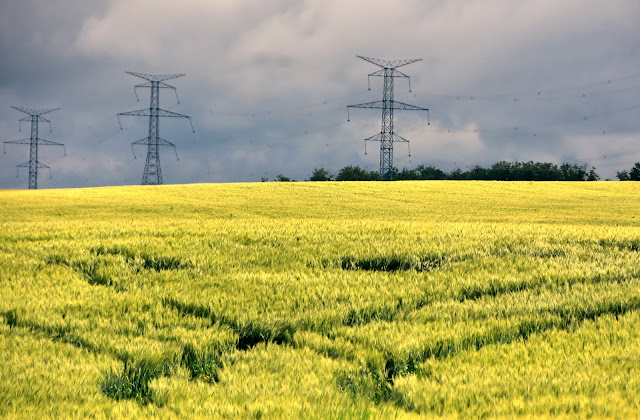 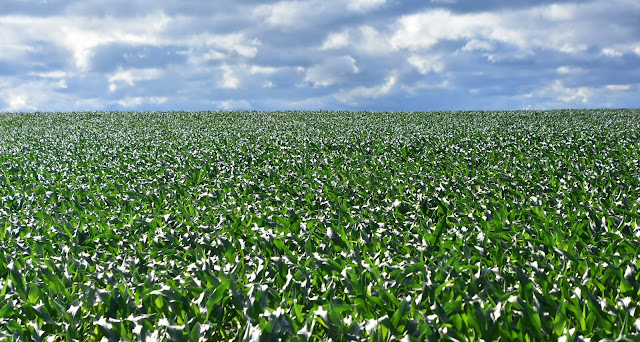 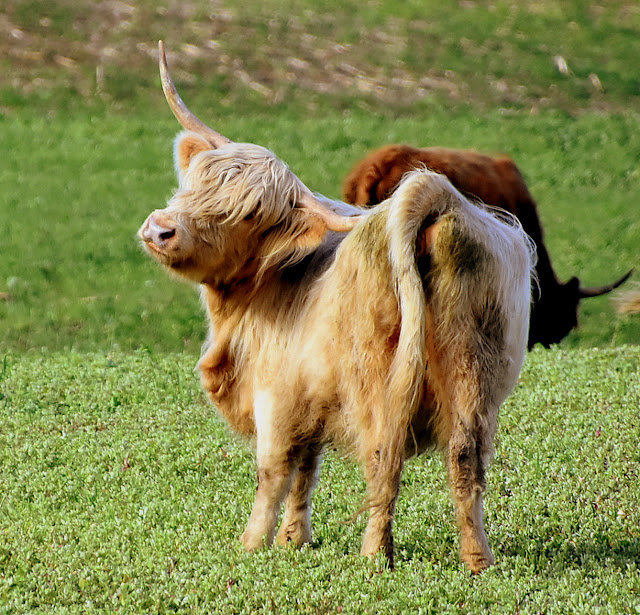 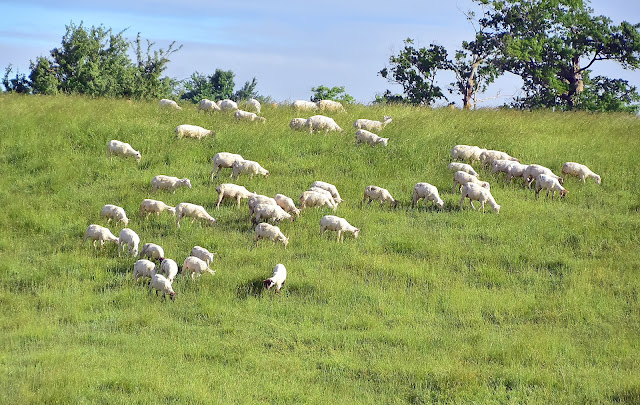 (This should have been my lead paragraph) A very refreshingly cool 57F was a welcome start to our semi-cloudy morning.  A nice breeze prompted me to add a little warm air to the Jeeps heater.  Even warmer air added when Pheebs had her window down.  And for a  morning walk near Auburn I had to slip on a nylon jacket over my long sleeve flannel shirt which was again over my short sleeve shirt. 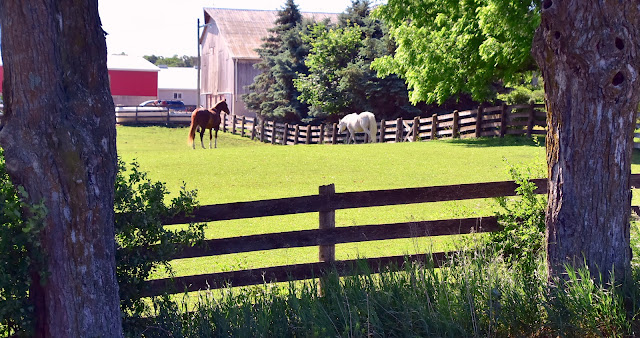 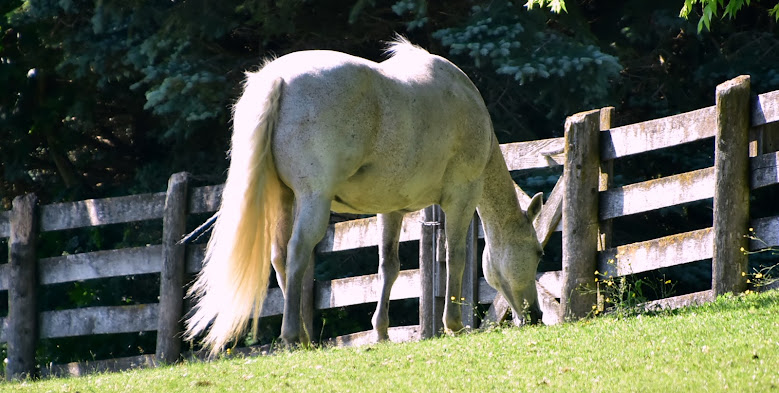 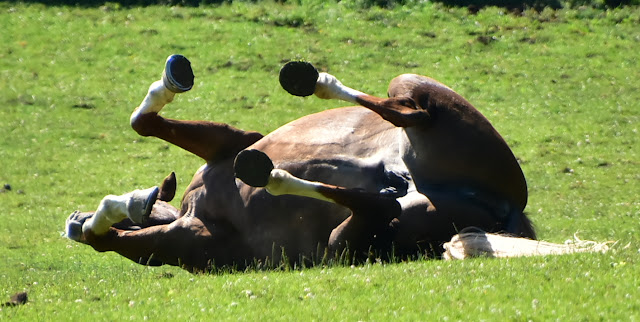 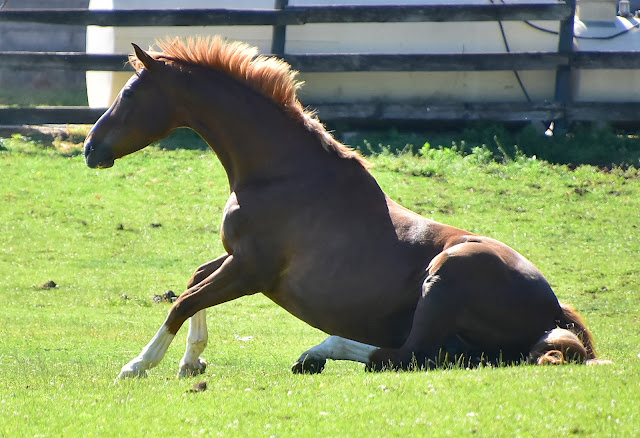 Hadn't been up through Amish/Mennonite country for a while so that was our destination this morning.  A Tim Hortons coffee to go in Clinton and off we went to see what we could see.  And of course, with this beautiful morning going on leaving me energized both mentally and physically I in my exuberance took way too many photos again so will have to put the remainder of today's photos in Thursday's post.

Skies slowly began to clear spilling morning sunshine across the countryside highlighting rows upon rows of farmer's Spring planted crops.  With the heat and humidity out of the air it was an absolutely marvelous morning to be outside.  Love the cool fresh country air:)) 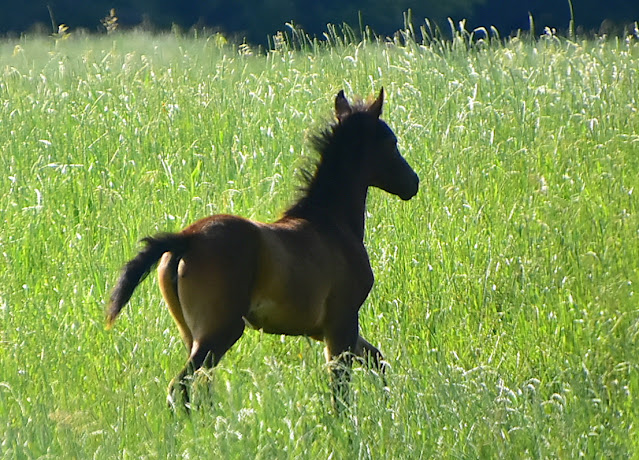 Saw a lot of Amish/Mennonite folks out tending to their gardens and I was able to get a few photos.  Knowing these people are sensitive to having their picture taken it is very rare I stop to take a people photo.  With the exception of a little boy pulling a wagon up a farm lane in the distance, all my photos this morning were again taken from the Jeep while on the move and represent only a few of the people I saw.  Of course, the quality of the photos suffer but at least I do not make anyone uncomfortable.  I see so many beautiful people photos that I have to refrain from taking.  I do sometimes stop when I see animals or buildings.  Or landscapes.  Very seldom do I get out of the Jeep so most everything is shot right from the driver's seat. 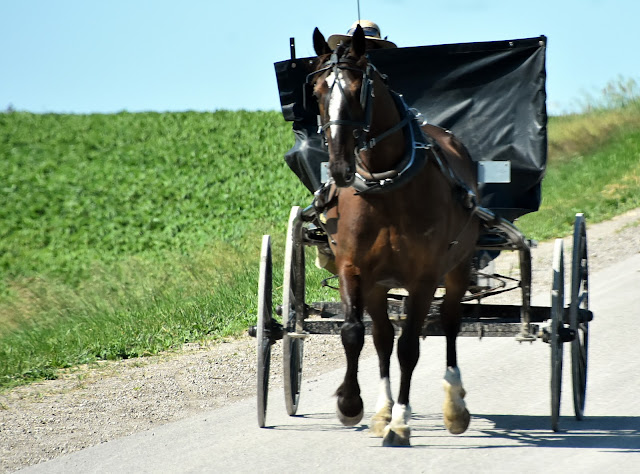 My day was made when I spotted a small sheep beside the road which had obviously slipped out of an enclosure on the other side of a fence.  I quickly stopped (I'm never going fast anyway) and reversed myself back down the road to the farmer's driveway.  Pulling in the farm's laneway and up to the house I gave two short toots on the horn which in turn brought a Mennonite fellow out of the barn next door.  Told him about the sheep on the road and he headed straight away down the lane to retrieve it offering many thanks to Pheebs and I.
Home again around 11 it was cool still cool enough for me to stay outside and putter around in the gardens.  The coolness hung in so about mid-afternoon being curious to see how they had made out with the new road culvert project in the Park Pheebs and I headed down that way for a walk.
GROANER'S CORNER:(( A young banker decided to get his first tailor-made suit. So he went to the finest tailor in town and got measured for a suit. A week later he went in for his first fitting. He put on the suit and he looked fabulous, he felt that in this suit he can do business.  As he was preening himself in front of the mirror he reached down to put his hands in the pockets and to his surprise, he noticed that there were no pockets. He mentioned this to the tailor who asked him, "Didn't you tell me you were a banker?" The young man answered, "Yes, I did."To this, the tailor said, "Whoever heard of a banker with his hands in his own pockets?"
================== 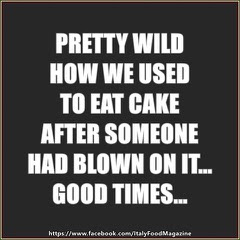