A SUDDEN FLASH OF LIGHTNING, A CRACK OF THUNDER, AND THAT WAS THE END OF OUR POWER UNTIL THE NEXT DAY

With rain-driven storms heavy upon us, it was 8:35 when with a flash of lightning and instant crack of thunder our power went out Wednesday night.  Luckily I had posted my blog about half an hour before that.  We spent the rest of the evening in candlelight.  Luckily I had my Kindle so was able to occupy my time reading.  That power outage lasted until 4:35 a.m. Thursday morning when I was rudely awakened by a light shining in my face and the sounds of our TV coming on.  The light on my face was from a lamp beside my recliner that had been on when the power went out.  Thinking all was fine with the power back on I drifted off to sleep again not realizing a power pole one street over had caught fire and our power had gone out again.  Next thing I knew Kelly was coming in the front door after being awakened by the sound of trucks idling nearby with flashing red lights.  She had got dressed and walked over to the other street to see what was going on.  Two firetrucks on scene and the electrical pole fire was out but it would be hours before power was restored to our Park. (more about that in the next paragraph)  In the meantime, Kelly dug out our Coleman stove from the shed and brewed up some coffee.  Instead of watching our morning news TV channels this morning, we listened to local news on a small battery-operated emergency radio.  Apparently, two small tornados touched down in the London Ontario area Wednesday night around 8:30.  Some damage, no injuries. 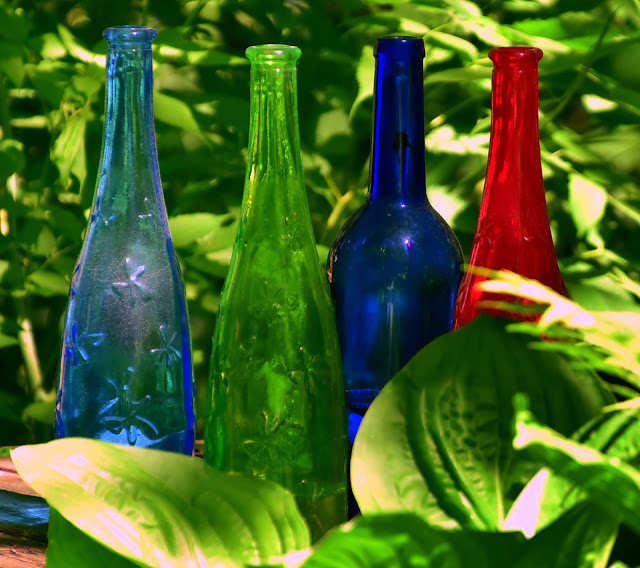 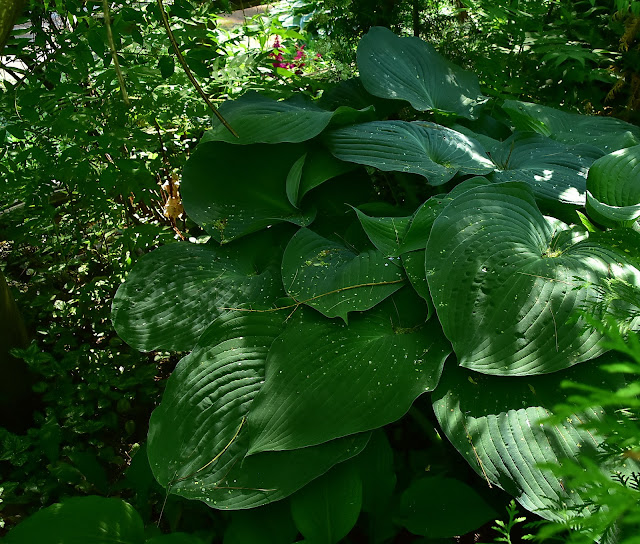 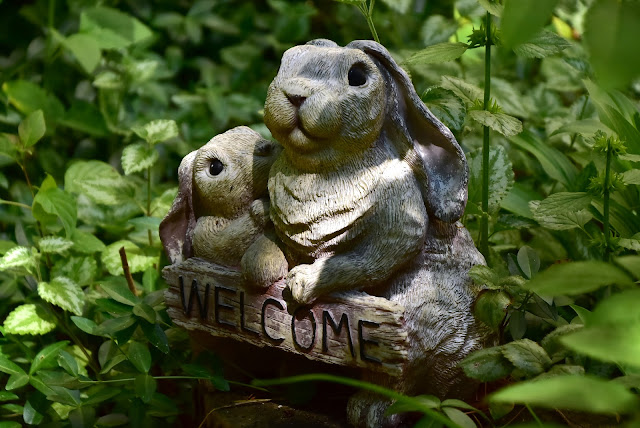 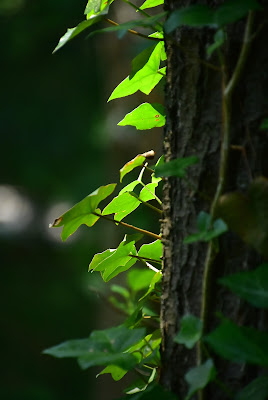 When talking to the fire chief early this morning at the power pole fire Kelly asked him twice if he had notified the power company.  He said he needed a pole number first before calling.  Fast forward 3 hours to 8 o'clock this morning and still no power company crew had showed up.  Kelly, for the second time called the Power Company.  She was informed they had not received a call and were unaware of the pole fire so had not dispatched a crew.  Not the power company's fault but somebody 'forgot' to make a phone call!!  #!!%*!#@((%#!!  The power crew finally arrived at 8:20 and set to work repairing the pole.  Power was finally restored a couple hours later. 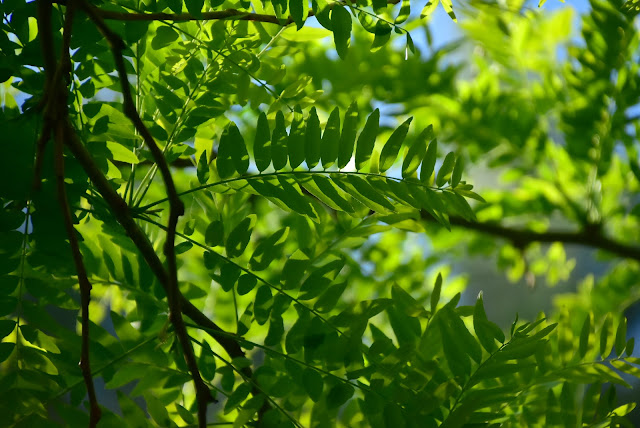 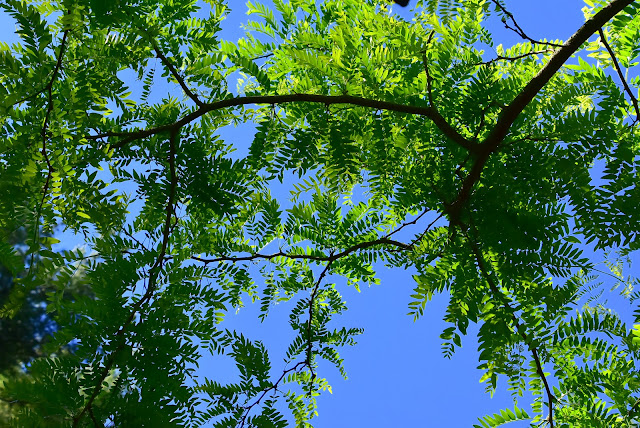 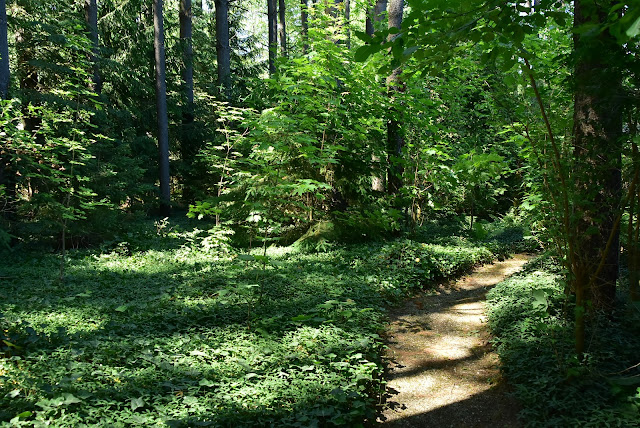 Richard picked me up at 9 and off we went on one of our semi-monthly backroads coffee tours.  A beautifully cool morning with a nice mixture of sun and cloud.  Even managed ourselves a walk in an old abandoned gravel pit where we have walked before.  Always an enjoyable time talking to Richard.  By the time we got back our power was on again.  Water is one of those things we take for granted until we don't have it.  It didn't take me long to throw myself into a nice hot and much-appreciated shower.  Of course, had we had an RV parked in the driveway we would not have had any problems.  Bathroom, shower, propane stove for coffee and breakfast, a furnace, fridge, and onboard battery power for lights and chargers, etc.  Hmmmmm, maybe we had better kick our RV search up a notch eh. 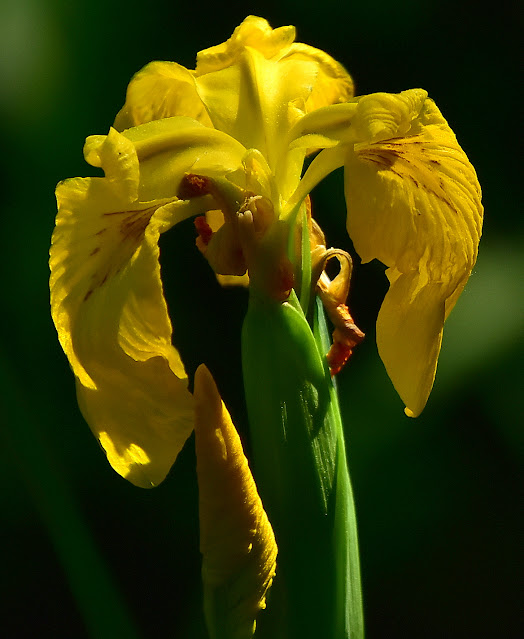 Our afternoon was a very pleasant 65F so Pheebs and I were able to walk ourselves back through the forest using what's left of our old trails and encroaching new roads.  Didn't appear to be anyone working in the bush so it was a quiet walk for a welcome change.  No snorting bulldozers or buzzing chainsaws. 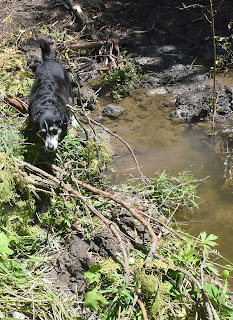 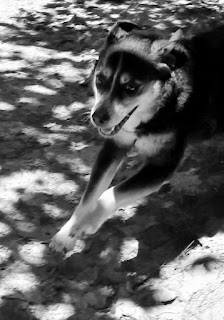 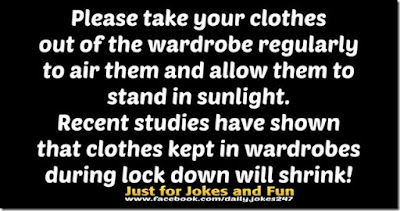