A DIFFERENT KIND OF MORNING AND BLESSED OUR WE WHO HAVE COOLER WEATHER:)))))

It was a different kind of morning I had but it turned out to be an enjoyable one.  A few weeks ago Kelly and I looked at a Class B RV for sale which happened to be right here in our very own Park.  Took it for a test drive and when we brought it back I attempted to back the rig into the owner's driveway and nicked his lamp post which left a black mark and cracked a piece of plastic running vertically on the driver's rear side of the coach.  Not serious damage but the onus was on me to get it repaired.  Soooooo, this morning I picked up that RV and took it over to my friend Richard's place whereupon Richard , using rubbing compound removed the black smudge then sealed the cracked plastic, touching it all up with white paint.  No way any water can seep in there now.  Best part of the morning of course was the always back and forth chatter between Richard and I.  Gayle later came out and we had ourselves a coffee doing a bit of reminiscing about years gone by.  Returned the RV to it's owner (who was away) and came home.
Turned out to be a super weather day with cooler temperatures, low humidity, and lots of sunshine.  In other words, just a really nice day to feel comfortable outside.  Pheebs and I did get out for a short snort into Bayfield and back first thing this morning.  Started on a small new pathway project near our driveway this afternoon but came across a nest of baby bunnies so that brought about an abrupt halt to my pathway plans for today.  Will have to wait until those baby bunnies get growed up a bit and gone from their nest before my pathway plan resumes.  I will find other areas to putter around in until then. 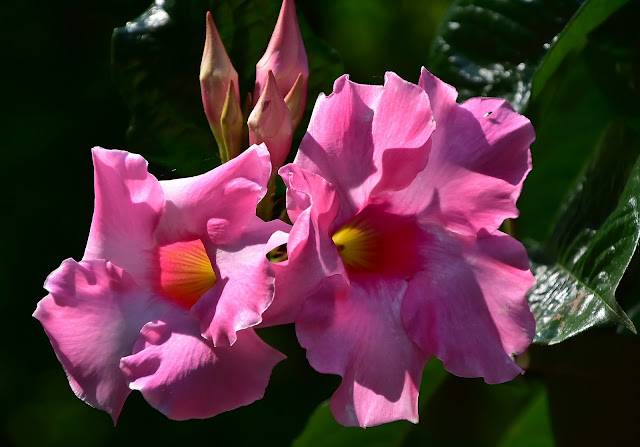 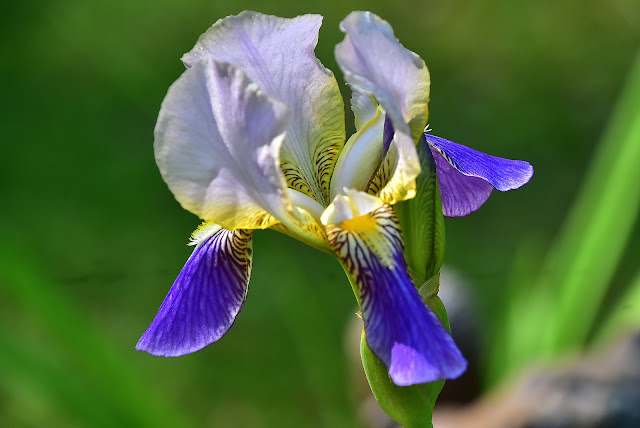 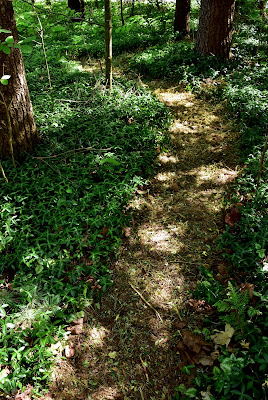 Had hoped for a few Moon shots with my Nikon CP900 these past couple nights but my plans were thwarted by cloudy and semi-clouded skies.  Looking good for tonight so I think Pheebs and I might slip out to a favorite nearby spot in the country and see if we can shoot the Moon.  Moonrise is slated for 10:20 which is kinda on the later side for me but maybe, with a little bit of luck, I might be able to remain in some kind of a reasonably conscious state until then. 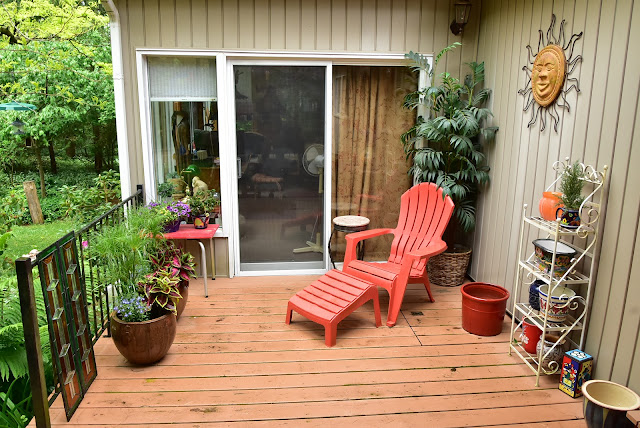 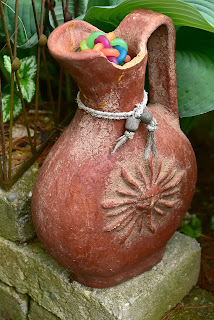 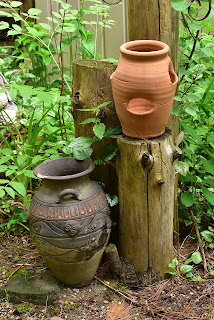 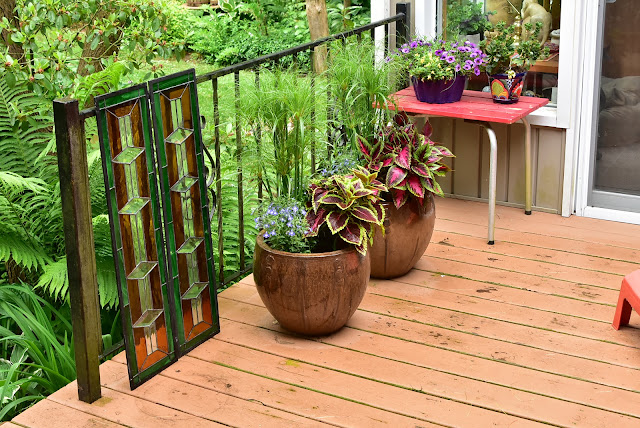 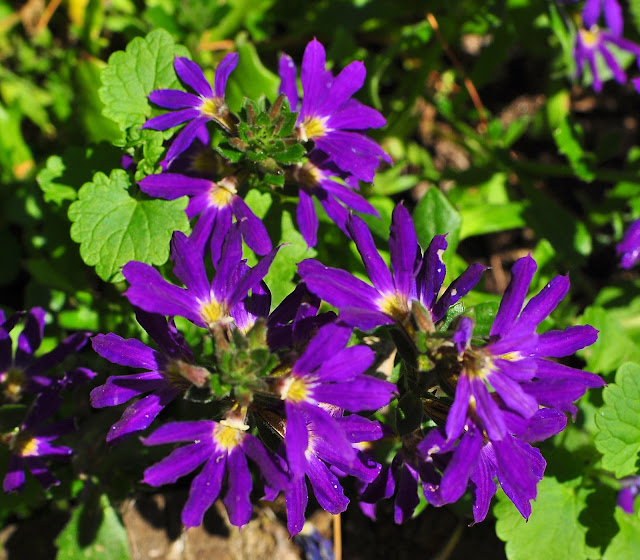 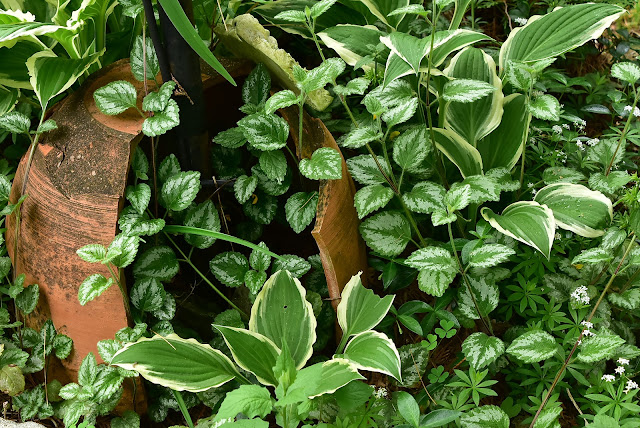 A nice cool breezy afternoon walk.  Hadn't gathered up many photos for the day so Pheebs and I headed out to see what we could see.  Well, we didn't see too much but did manage to gather a few pics together.
GROANER'S CORNER:((   A police officer pulls a guy over for speeding and has the following exchange:
Officer: May I see your driver's license?Driver: I don't have one. I had it suspended when I got my 5th DUI.
Officer: May I see the owner's card for this vehicle?
Driver: It's not my car. I stole it.
Officer: The car is stolen?
Driver: That's right. But come to think of it, I think I saw the owner's card in the glove box when I was putting my gun in there.
Officer: There's a gun in the glove box?Driver: Yes sir. That's where I put it after I shot and killed the woman who owns this car and stuffed her in the trunk.
Officer: There's a BODY in the TRUNK?!?!?Driver: Yes, sir.
Hearing this, the officer immediately called his captain.  The car was quickly surrounded by police, and the captain approached the driver to handle the tense situation:
Captain: Sir, can I see your license?
Driver: Sure. Here it is.  It was valid.
Captain: Who's car is this?
Driver: It's mine, officer. Here's the owner' card.  The driver owned the car.
Captain: Could you slowly open your glove box so I can see if there's a gun in it?Driver: Yes, sir, but there's no gun in it.  Sure enough, there was nothing in the glove box.
Captain: Would you mind opening your trunk? I was told you said there's a body in it.
Driver: No problem. Trunk is opened; no body.
Captain: I don't understand it. The officer who stopped you said you told him you didn't have a license, stole the car, had a gun in the glovebox, and that there was a dead body in the trunk.
Driver: Yeah, I'll bet the liar told you I was speeding, too.
=============== 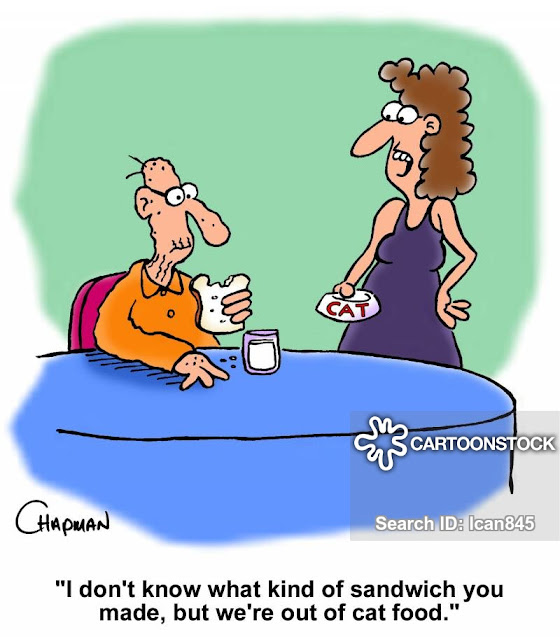