PROBABLY OUR NICEST DAY OF THE YEAR SO FAR 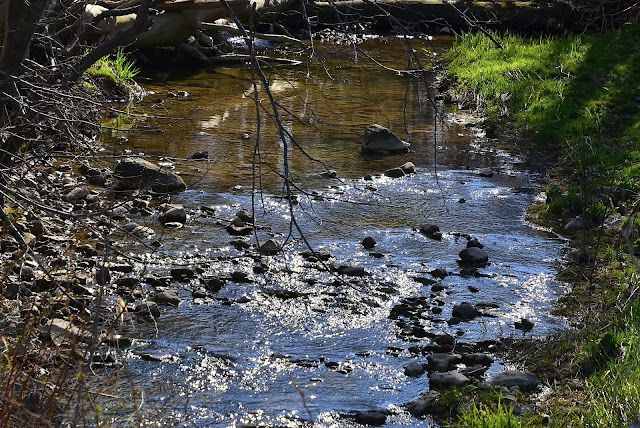 Probably our nicest day of the year so far and I was able to be out and about enjoying it.  How nice in the sunny countryside this morning seeing fields greening up and bush lines finally beginning to show their Spring colors.  And swirls of dust where farmers busied themselves with tractors, plows, planters, and pieces of machinery I have no idea what the were. 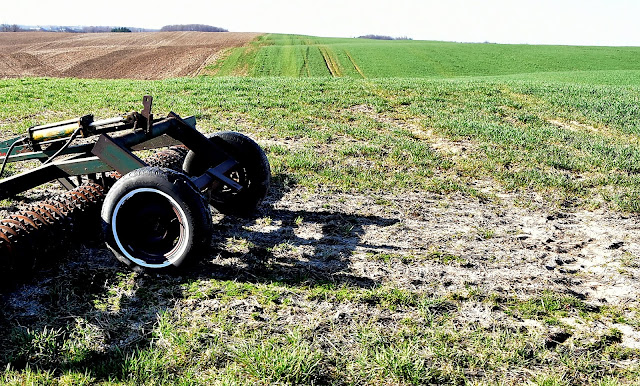 We stopped at the Bannockburn Conservation Area but it was still closed so we moved on to a nearby bush lane and took us for a walk in a cedar forest.  Oh how I would love to have a country property with acres of cedar trees. 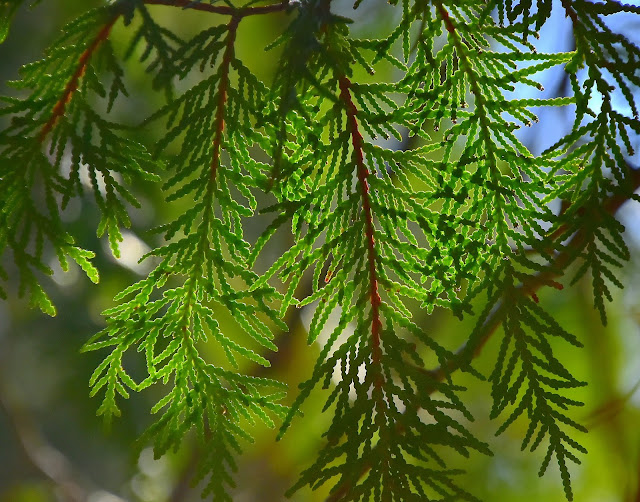 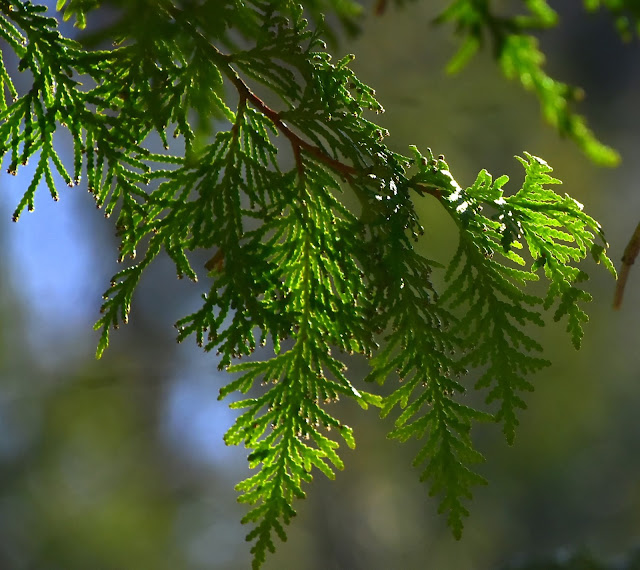 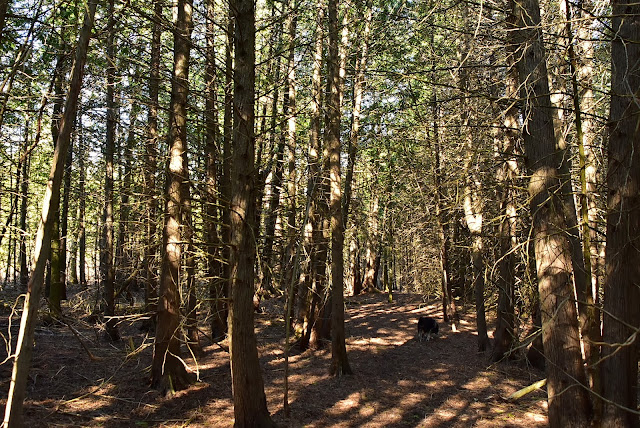 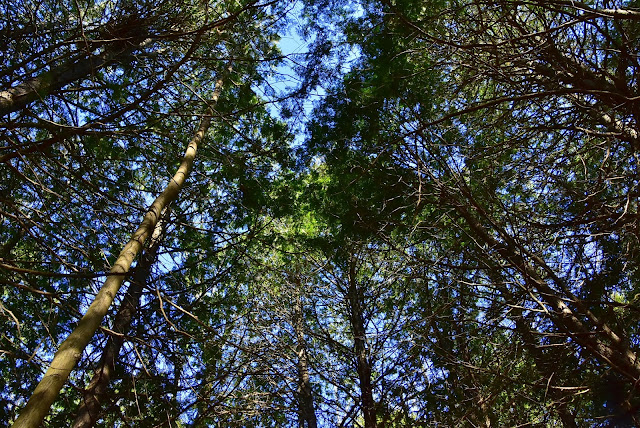 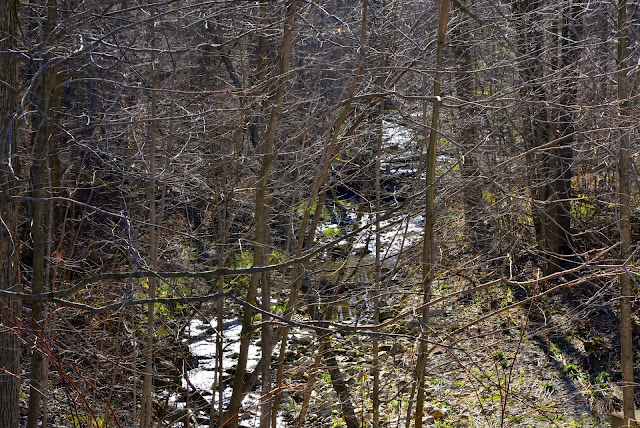 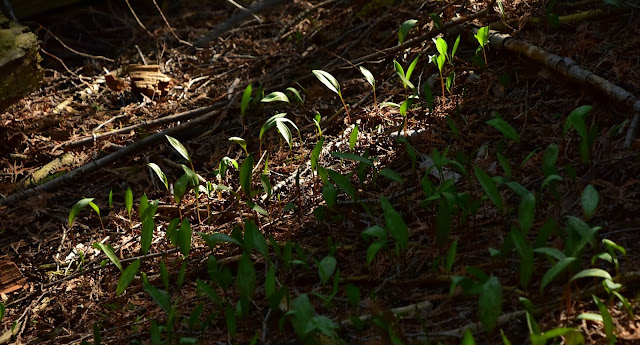 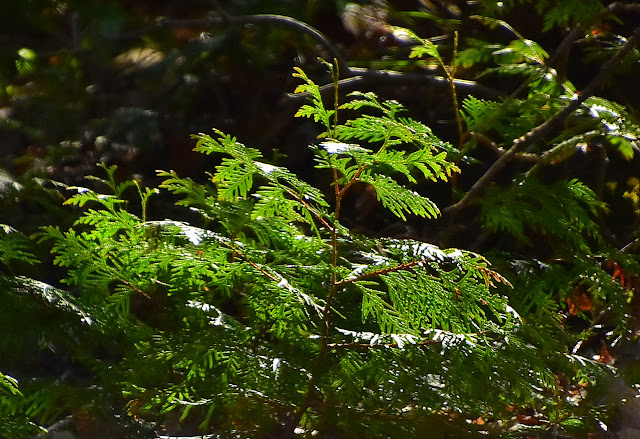 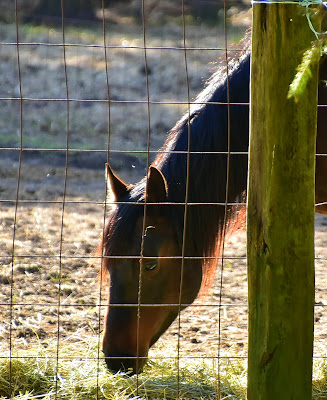 Home again around ten I was able to take advantage of the great weather and spend an enjoyable few hours outside around the yard.  Even managed to stop long enough to soak up a few rays on our back deck for a couple minutes. On an afternoon walk Pheebs and I counted three 'Painted Turtles' in the Park's pond.  Also spotted the first of this year's fertilizer induced algae blooms in the water as well.  Not necessarily a good thing.  A neighboring farm drains fertilized field water through our Park's pond and the pond sometimes get's cruddy looking. 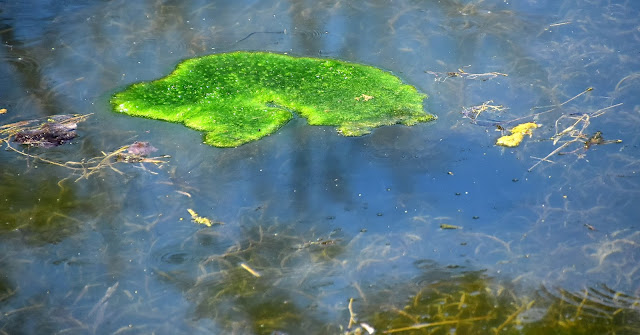 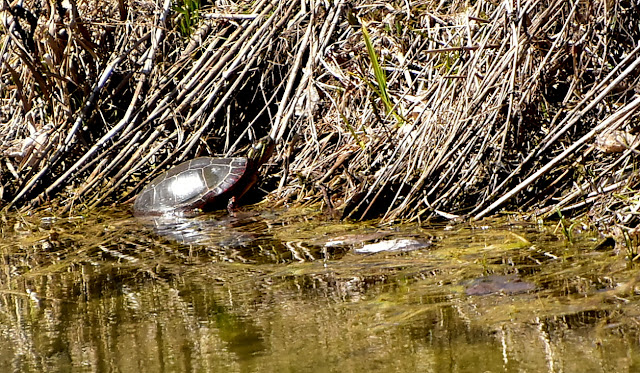 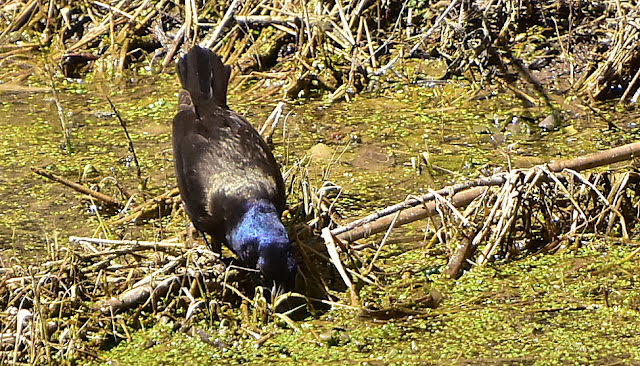 Looks like we have some rainy days ahead but if we want our colorful May flowers we'll be needing for sure our April showers. 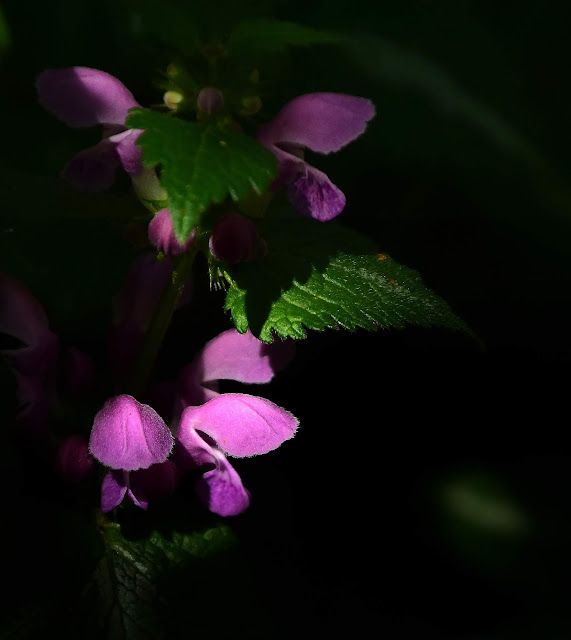 GROANER'S CORNER:((  St. Peter and Satan were having an argument one day about baseball. Satan proposed a game to be played on neutral grounds between a select team from the heavenly host and his own hand-picked boys.  "Very well," said the gatekeeper of Heaven. "But you realize of course that we've got all the good players and the best coaches." 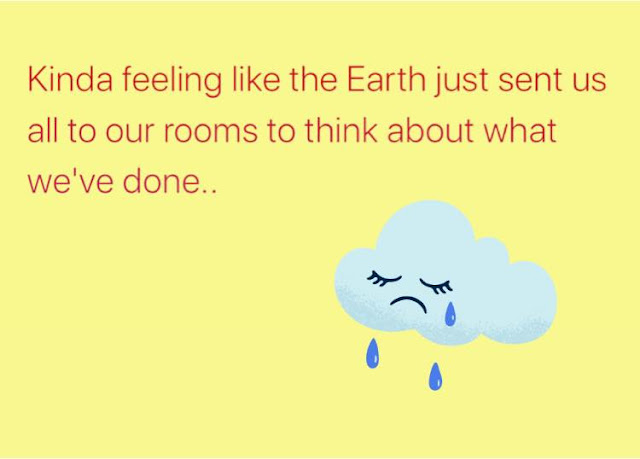 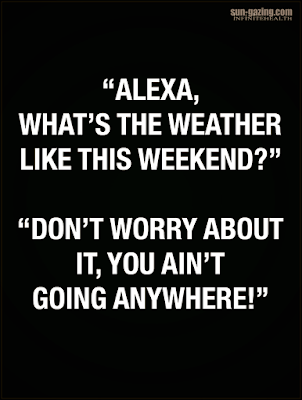 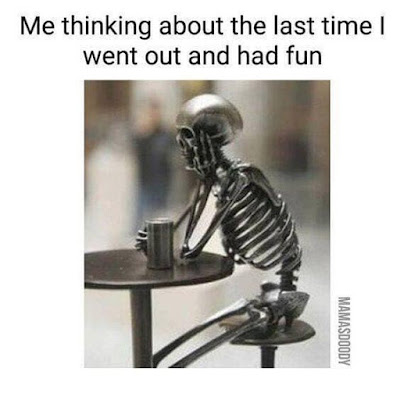