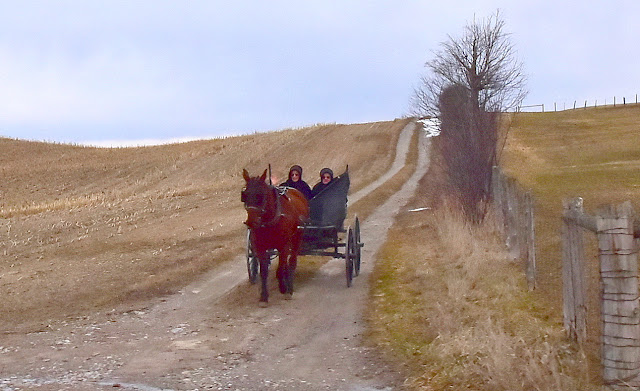 'Wow' noticed a definite drop in vehicle traffic on area roads this morning and imagine my surprise when I figured there would be a long line up at Tim Hortons coffee shop now that they are doing drive-thru only.  Approaching Tim Hortons I didn't see a single vehicle and thought they were totally closed.  Turning in I saw 3 cars which I assume might have been staff.  Nobody in the drive-thru lane but I stopped at the speaker board anyway and was happy to hear a voice asking what I would like.  "Small decalf coffee with cream please" I said.  "That's a dollar sixty, drive on up" she said.  With my coffee safe in my cup holder I exited Tim Hortons then pulled over to the side of the road and sanitized myself. 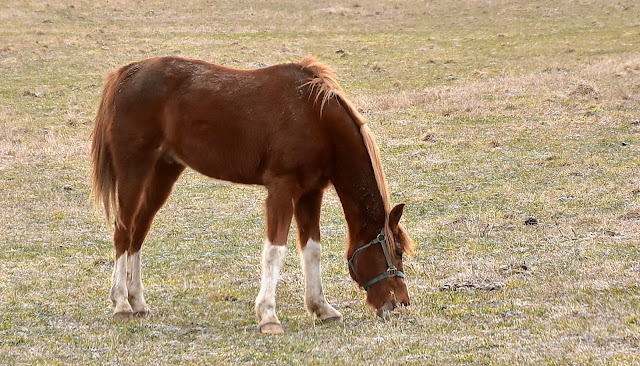 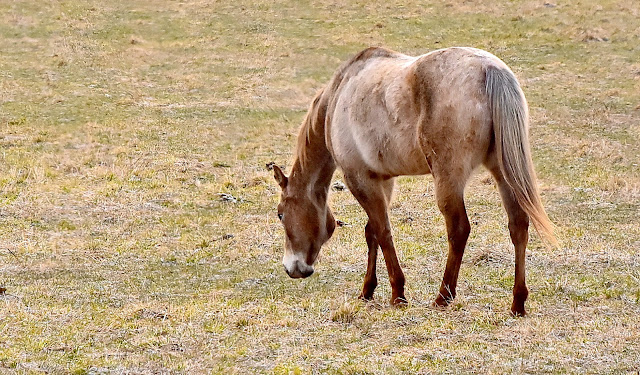 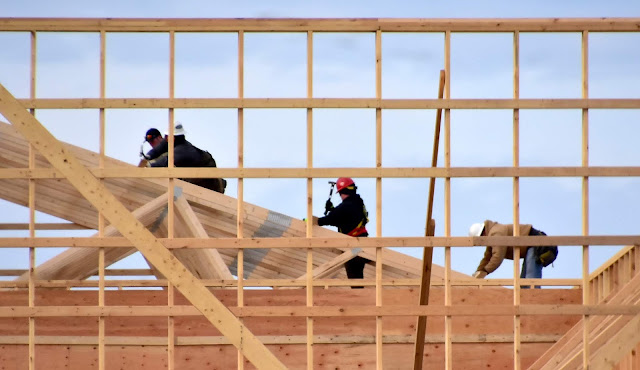 Rolling east out of Clinton I caught the first country road left and headed North.  The number of vehicles I saw I could count on one hand so it was a very peaceful drive through the countryside.  Not much in the way of sunshine but at least clouds were thin enough to let some diffused lighting through making for evenly lit photos. 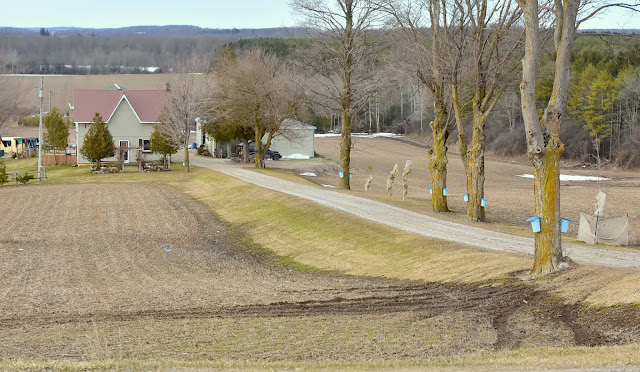 Had it in my mind to head on up through Amish Mennonite country so that is the direction our wanderings took us.  Driving up through that area I couldn't help but wonder how much these quiet living folks knew of what's going on the world right now with the Covid-19 virus going around.  Wondered if they knew how close this impending storm was to their protected but vulnerable rural community.  No radios, no TV, no newspapers.  Are non Amish Mennonite neighbors keeping them informed.  Passed by 3 different A-M schools and only saw chimney smoke at one of them.  Don't know if the kids are in school or not. 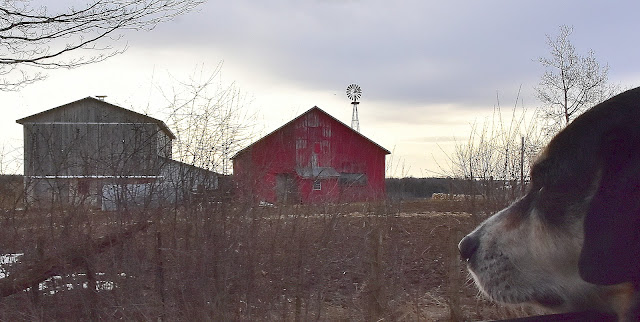 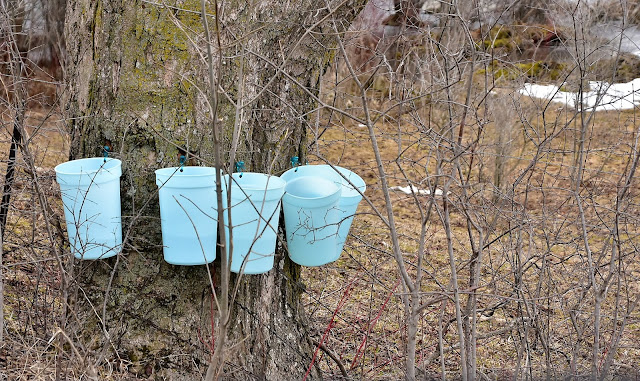 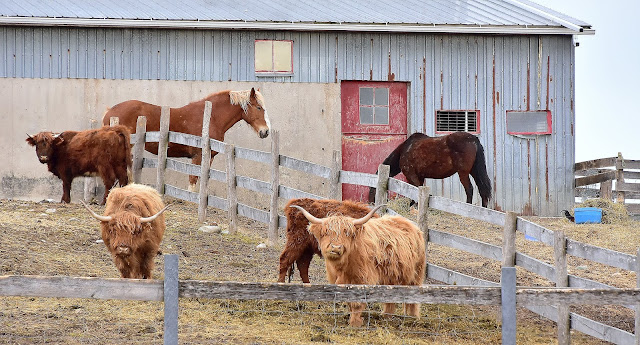 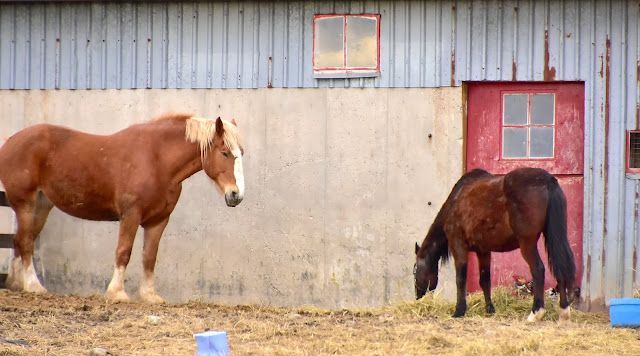 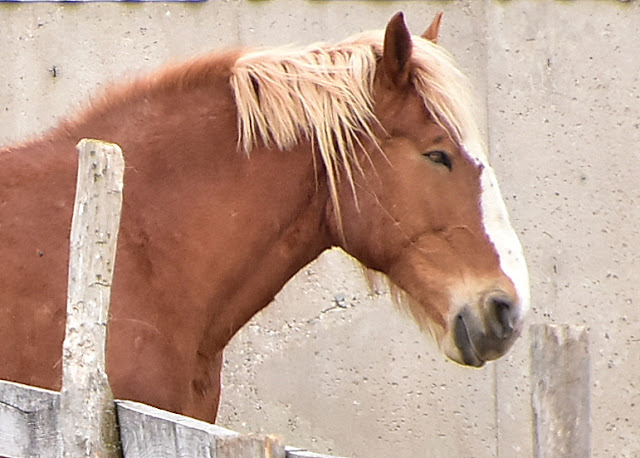 Saw lots of buggy tracks and horse buns on the road so the folks are obviously out and about.  Could also smell wood smoke in the air on this cold morning.  I recognized a summer sausage in the air as well so I think some farms were smoking meat and making sausage.  Stopped at Lake Wawanosh in the heart of Amish Mennonite country and found it still frozen over.   Won't be any fishing, canoeing, or kayaking going on there for a few weeks yet. 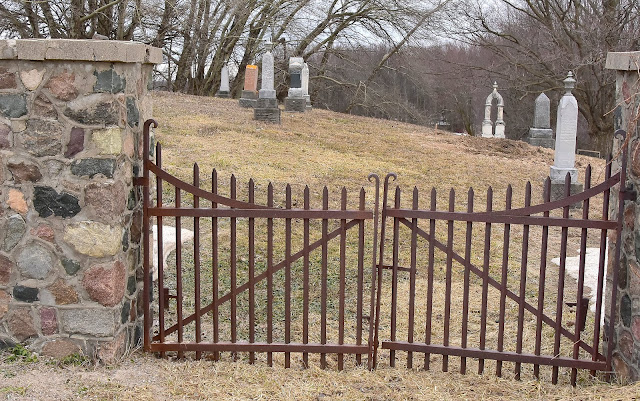 Despite predictions of 40F temps today we were a long time getting there with this mornings icy east wind driving the wind chill factor below the freezing mark.  I still start most every day dressed in my lined winter pants and winter jacket then change into lighter clothes as the day progresses. 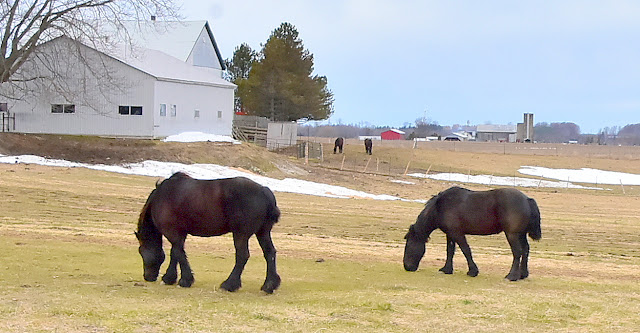 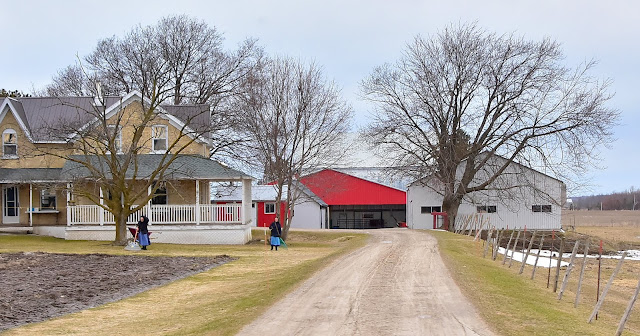 I wonder how many Canadian RV folks will make it back to the sunny south next Winter.  Too early to think about that??  Maybe so.  Sure glad we sold our Congress Arizona house when we did a few years ago.  One of the reality worries we had was not being able to cross the border into the States.  Whether blocked by political decisions, medical or financial concerns the worry was real.  It wasn't our only deciding factor but it was one of them.  We really enjoyed the 4 years we had our little ranch style house and we've had no regrets in selling it.  Like I said, we're just glad we sold it when we did and don't have to worry about it......especially now. 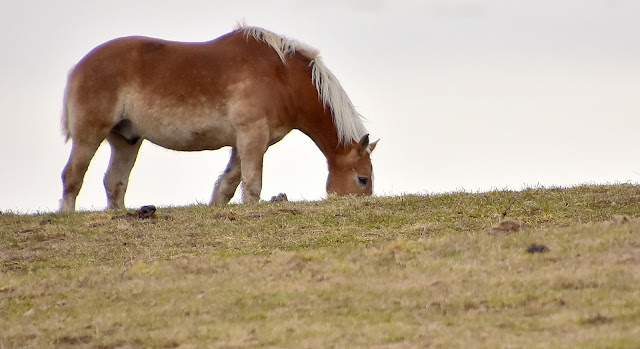 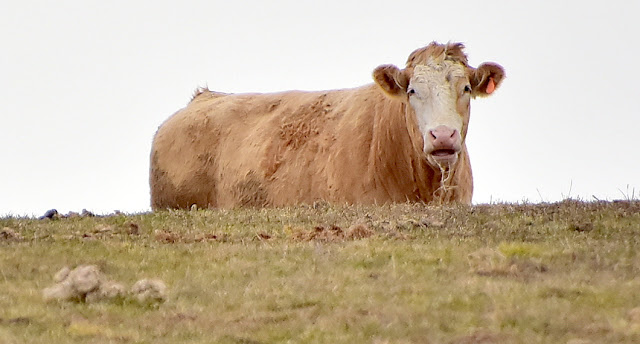 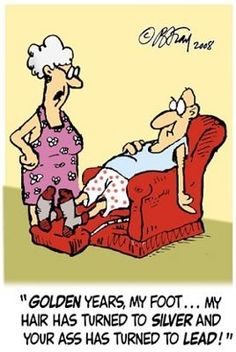