Another nice Spring like day and I was able to get the Jeep vacuumed and some windows cleaned in Kelly's Sunbird.  Coming back from our morning drive I also popped the Jeep into Bayfield's carwash for a squirt.  Hasn't been any action over at the Tim Horton's coffee shop next door for about 3 weeks again. 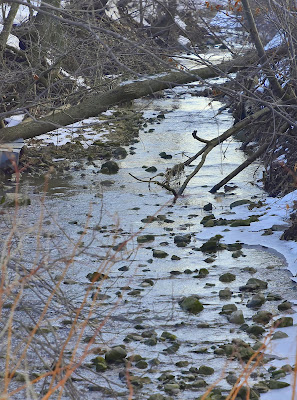 We're off to London's Regional Cancer Center Tuesday where I have an appointment with my Oncologist, Doctor Mendez .  I guess we'll talk about my latest PSA numbers and see what he recommends from there.  So far so good and I haven't experienced any after effects since undergoing radiation treatments last Fall.  I'm still as old as new:)) 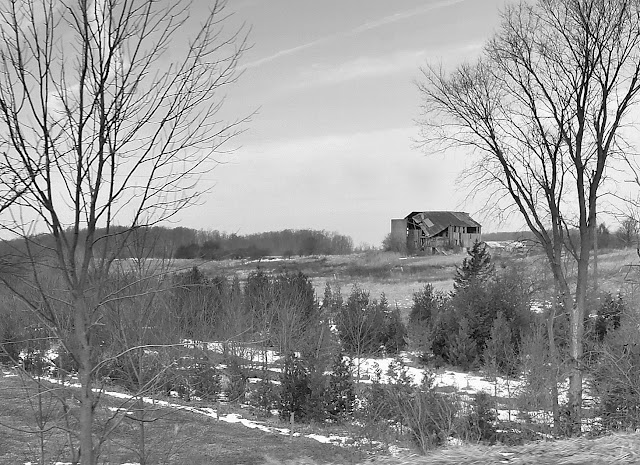 Thanks to Janna from Restoration Cowboy Style for sending us a note yesterday which in part said, 'I finally met Eve today and she remembers you both very fondly.'  Well you may wonder who Eve is??  Well, we met Eve Searle November 30th 2010.  A most remarkable lady and at the time owned Grapevine Canyon Ranch located near Pearce Arizona on the eastern side of the Dragoon Mountains.  Grapevine Canyon Ranch at that time was a well known high end Dude Ranch catering to many European people who came there to experience a true working Western ranch complete with horses and real cowboys.  Kelly and I were ranch sitting a couple miles southwest of McNeil Arizona at the time and we had been scrambling around a few times in Rucker Canyon over in the Chiricahua Mountains looking for old Camp Rucker and the remains of Mary Kidder Rak's house at the same location.  We found both and I published a few posts about our findings.  It was shortly after this I think we received an email from a lady in Cochise County who wondered if she could use one of my photos on her website.  She also knew more of the story about author Mary Kidder Rak and her husband Charlie.  Mary Kidder Rak wrote A Cowman's Wife and I truly recommend it.  A few emails back and forth and we were soon on our way to meet a lady by the name of Eve at a location called, Grapevine Canyon Ranch.  My post for the day picks up the story here at...…. Today We Visited Grapevine Canyon Ranch. (some of the links in the post no longer apply) Remember to click on the smaller pictures to enlarge them.  My photo album with additional photos for the day is here at.....Grapevine Canyon Ranch.  Click on the first photo to enlarge it then arrow right to go through the photos or arrow left to go back.  Eve sold the ranch a number of years ago and the only website I found describing the ranch was a Realtors ad regarding the  Ranch Sale.  I'm assuming it's a private ranch now.  What a beautiful place it was and by the way, putting this together tonight I found out Eve is still very actively Blogging and you can find her at Latest News From Eve At Cobre Loma.  You will find her writing enlightening and her adventuress stories of life on the ranch over the years entertaining.  She has an archive of posts going back to 2008.  Since I just found Eve again you can now also find her on my sidebar:)) 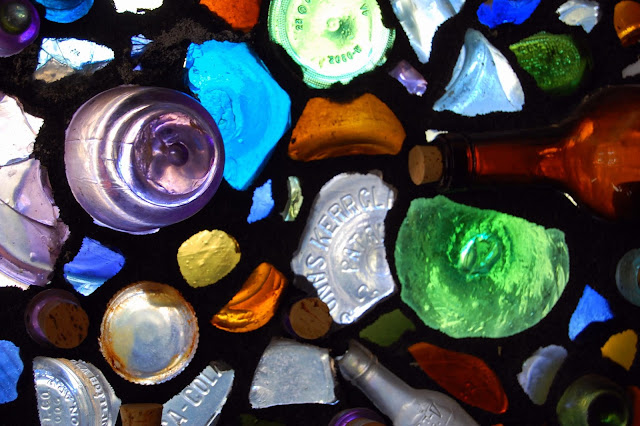 Q. When is a retiree's bedtime?
A. Three hours after he falls asleep on the couch.
Q. How many retirees does it take to change a light bulb?
A. Only one, but it might take all day.
Q. What's the biggest gripe of retirees?
A. There is not enough time to get everything done.
Q. Why don't retirees mind being called senior citizens?
A. The term comes with a 10% discount.
Q. Among retirees what is considered formal attire?
A. Tied shoes.
Q. Why do retirees count pennies?
A. They are the only ones who have the time.
Q. What is the common term for someone who enjoys work and refuses to retire?
A. NUTS!
Q. Why are retirees so slow to clean out the basement, attic or garage?
A. They know that as soon as they do, one of their adult kids will want to store stuff there.
Q. What do retirees call a long lunch?
A. Normal
Q. What is the best way to describe retirement?
A. The never-ending Coffee Break.
Q. What's the biggest advantage of going back to school as a retiree?
A. If you cut classes, no one calls your parents.
Q. Why does a retiree often say he doesn't miss work, but misses the people he used to work with?
A. He is too polite to tell the whole truth.
================= 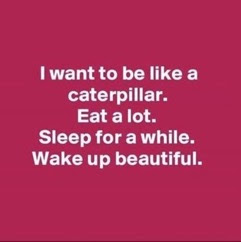