YES I'VE HAD A CASE OF THE UPS AND DOWNS LATELY

Well we're half way through December and next month with any luck we'll be closing in on hopefully a January thaw.  Two months from now we'll be over half way through February which is a short month leading to March.  And hey right after March comes April showers pushing up May's flowers.  It's the way one has to think when living in this kind of a climate.  Well at least it's the way I have to think to get myself through the cold miserable drudgery of winter. 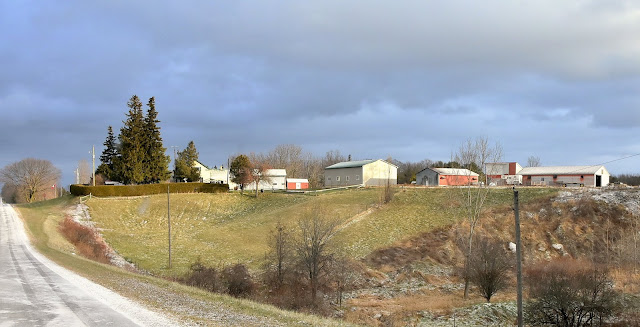 A few light snow showers coming in off Lake Huron this morning but it wasn't enough to keep Pheebs and I home so we rolled up to Goderich and back scooping a few groceries along the way.  We had a few brief welcome sun splashes along the way and I was able to grab some photos but that was about it.

In the last few days I have pretty much given up hope that we'll make it anywhere south this winter.  Reality is reality and even a realistic thinker like myself knows when it's time to deal with the obvious.   Like many other past RV'ers I simply have to face the hard nosed fact our RVing days are over and our best years are behind us.  I'm sure many former traveling RV folks adapt to that well but I'm not one of them.  But no matter, it is what is and I am genuinely thankful for the 13 years we did manage to have an RV Snowbird lifestyle that others can only dream about.  No I'm not feeling sorry for myself, I'm just telling you how I feel and yes, yes, yes, I know there are countless other people in much, much, worse mental and physical shape than I am.  Okay, that's enough about that.  Don't wanna lose everybody.  Just wanted to get that out. 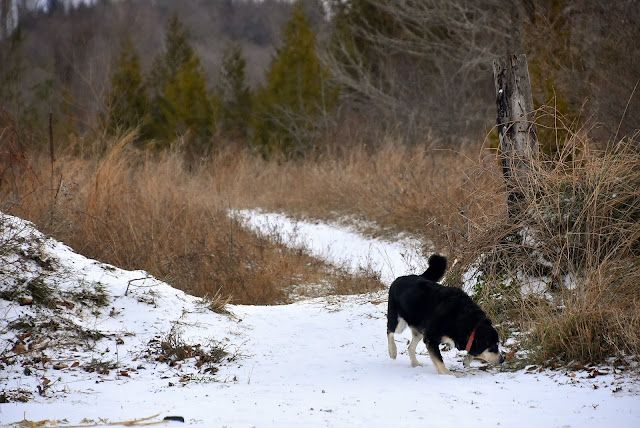 Bugs me that camera makers don't bother with camera manuals anymore.  Oh they give you a small booklet on the camera's very basic set-up but that's about it.  Guess they figure everybody can go on-line and down-load a manual from there and I suppose that's what most people do.  But I'm a little bit old school here in that I prefer and find it easier to learn about the camera from a book's printed matter.  Having the camera in hand trying to read step by step instructions on a computer screen doesn't work for me.  Tutorials go too fast and I'm always having to scroll back and scroll back kinda like 'whadd-ya say, whadd-ya-say'!!  Screens change, ads pop up and block what I'm trying to read, etc. etc.  I don't have patience for stuff like that.  Downloading reams upon reams of PDF files holds no interest for me either.  So it's a book I need and it's a book I got.  UPS dropped it off a couple days ago.  Photographer's Guide To The Nikon Coolpix P900  Pictures, diagrams, and print I can easily read and a simple indexing I can access at a glance.  Happily busied myself reading and playing with the Nikon P900 this afternoon.  Figured out the video/movie settings and tried some time lapse photography. Tripoded the camera in the sunroom then headed outside,  I ended up looking like Charlie Chaplin and the Keystone Cops running around in our front yard.  Yes I had my clothes on.  This camera sure does a lot of stuff and has specific settings for Bird-watching, Night landscape, Moon, Pet portrait, Snow, Time-lapse movie, Easy panorama, Fireworks, Museum, Food, (George would like that one) Dusk-Dawn, Sunset, Beach, Sports, and even 'Party /indoor'.  I usually shoot most of my stuff on the manual side of things picking my own settings but I'm looking forward to trying out all these optional 'Effects' and 'Scenes stuff.  When your me you need all the help you can get. 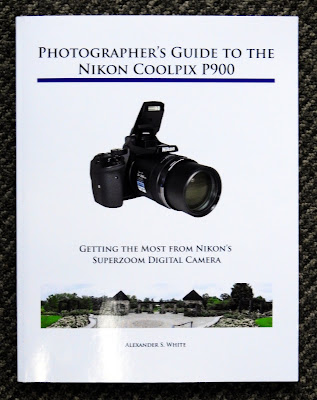 Before posting this tonight and feeling somewhat better I seriously considered taking my 'given up hope' paragraph out and then thought 'No'.  It was how I was feeling this afternoon and despite feeling a bit better about things tonight it is still a little slice of reality I am trying to put in perspective.

::Al's Musical Favs:: Opium by Marie-Andree Ostiguy.  (When page opens scroll down and click on 'Opium')  It was this piece of music which periodically helped me years ago in some very heavy sluggin Toronto traffic.  Driving for the Stratford Airporter transporting passenger to and from Pearson International Airport I would leave the airport complex launching into the six o'clock rush hour heading for Stratford and points west every weeknight at 6:15 P.M.  Well embedded in the lunacy of manic traffic with anywhere from one to eight passengers aboard I would switch the radio dial at 6:30 to an FM station with a program from Montreal hoping they would play a song called 'Opium' and when they did I found it totally soothed my shattered traffic nerves and especially so during winter months when not only fighting my way through heavily congested traffic but also fighting slippery road conditions, blinding snow storms, freezing rains, and hopelessly inept and utterly stupid careless drivers.  It was Marie-Andree Ostiguy's 'Opium' that for a few precious minutes brought me a welcome sense of calm relief and well being.  Hopefully it had the same effect on the poor frightened passengers...…………….


Adam and Eve: "Strangers in Paradise"


Lazarus: "The Second Time Around"