PHEEBS AND I HAD OURSELVES A GREAT SPRING LIKE DAY WALK

Have to start my post off again talking about the weather.  Why??  Well for we people stuck here in the winter it's the biggest and bestest thing going on at the moment.  Big blue skies and sunshine with temps over 40F.  Most of our snow is melted again making walks doable once more.  Feels like an early Spring day and for this late in December that is a major mental boost for many of us.  Well Okay so it's mainly a major mental boost for me.  Pheebs and I went right ahead and took full advantage of our exceptionally nice weather this morning and had ourselves a two mile walk.  Well I think it might have been two miles. 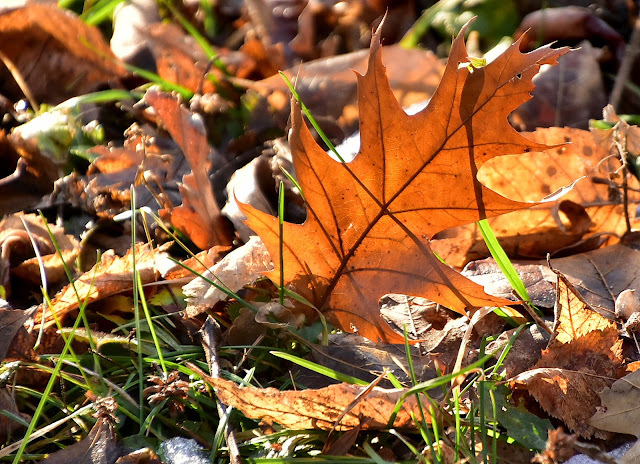 Headed off on our usual Goderich route with both a gas and coffee to go along the way.  Off to the harbor we went to check things out and make sure everything was under control down there which it was. 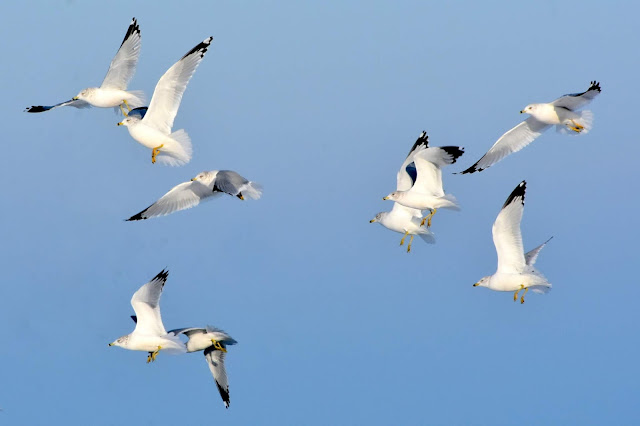 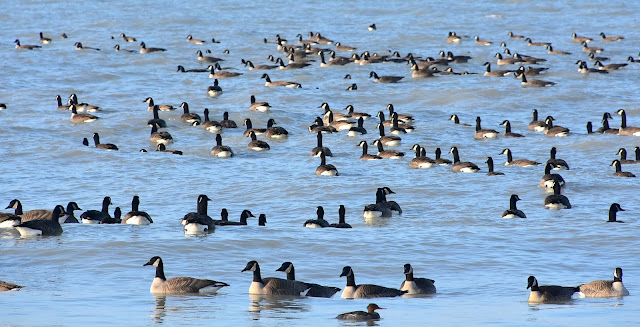 From Goderich we slipped north a couple short miles and parked the Jeep in a parking area close to the old CPR railway line near Tiger Dunlop's Tomb.  With such a beautiful morning going on and a happy spring in my step we headed off along the old rail line in the direction of Goderich and the once longest railroad span in Ontario, the Menesetung Bridge.  Figured it was about mile from the site of the old CPR (Canadian Pacific Railway) train station to the bridge so off we went.  Had never walked that particular section so it was nice seeing things I hadn't seen before for a change. 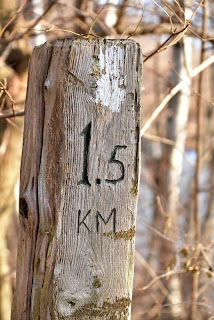 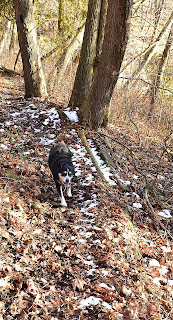 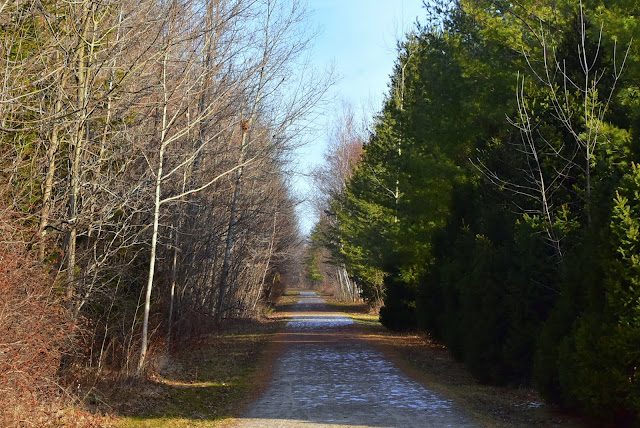 Walking along the rail line I couldn't help but think once again how fortunate I really am.  At 75 despite all my gnarling, grumbling, and complaining here I am skipping along at a brisk pace under my own power.  Nothing hurting or sore anywhere.  Still have all my faculties (well sort of) intact, still have my driver's license, best wife and best doggy Pal in the world, a couple extra dollars in my pocket, and a good supply of peanut butter and honey in the cupboard.  Still have most of my hair and pants I wore a dozen years ago still fit me today.  Okay, Okay, so they were triple double extra large in the first place.  Hearing's good and I can see fine with the aid of glasses.  My sniffer's still working well and I can smell an offensive fart drifting my way from 300 paces.  I can do my own laundry and trim my own finger nails.  Tie my own shoes even.  Lost all my teeth back in the early 80's but I see that as a huge bonus.  No ongoing totally insane high dentist bills, no more mind numbing tooth aches or excruciatingly painful dentist work.  Now don't everybody rush off to get their teeth pulled now.   And I know how to do dishes, vacuum, and fry up TV dinners.  Yes I am a very fortunate fellow indeed and what more could a feller want eh. 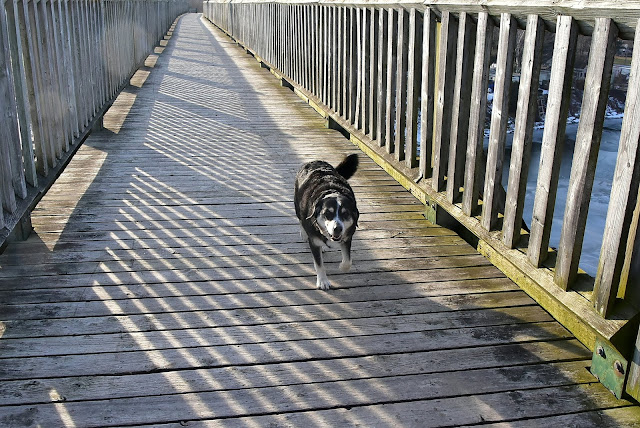 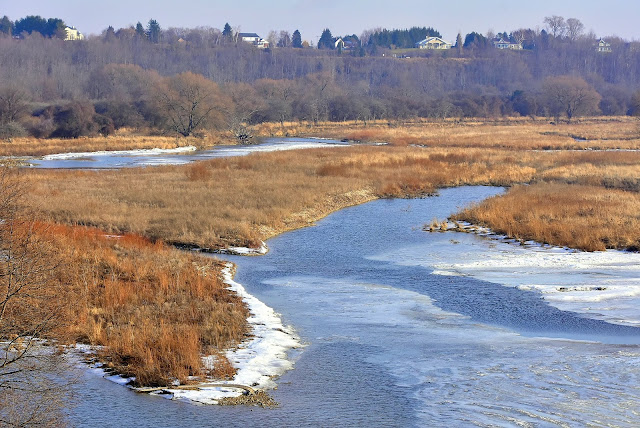 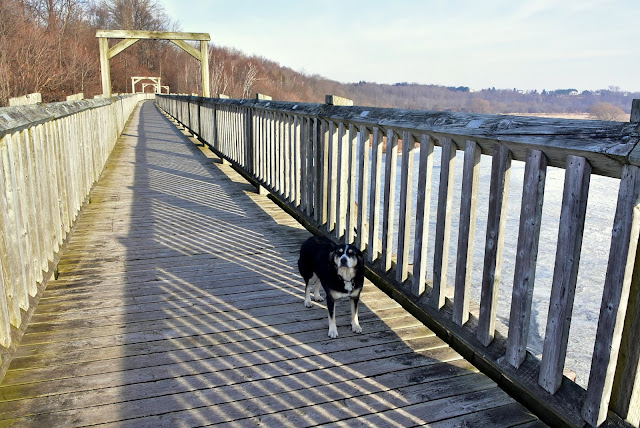 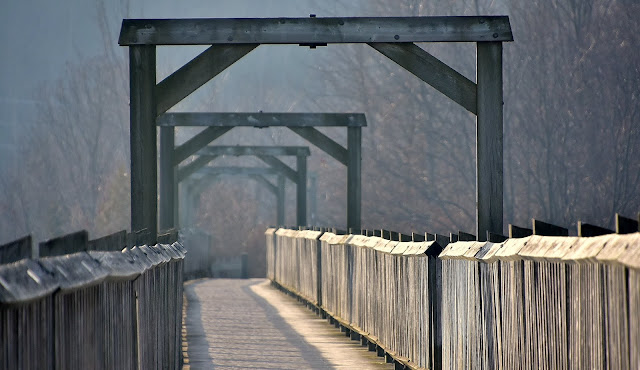 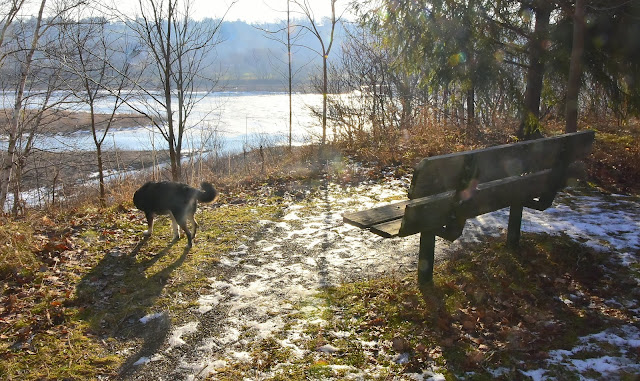 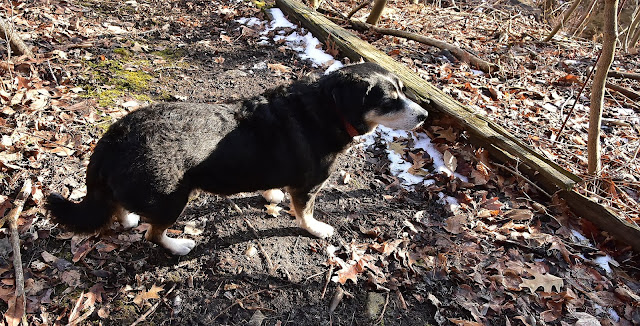 Although it was maybe only a two mile flat surface walk I could feel it in my legs and was glad to get back to the Jeep for a comfortable sit down.  Figure if I were to do this twice a day for a year I could probably poll vault over Mount Everest.  Now don't anybody double dare me to that either!!

It was after 11 a.m. when we got home and still feeling energized I hauled out the leaf blower and blew out the carport, front porch and deck.  With Old Sol helping melt the snow I was able to give my snow shovel a well deserved rest as well.  All is good for today and that is all I can ask for.  Tomorrow I could be upside down in the dumpster again.  Tis my way of life it seems. 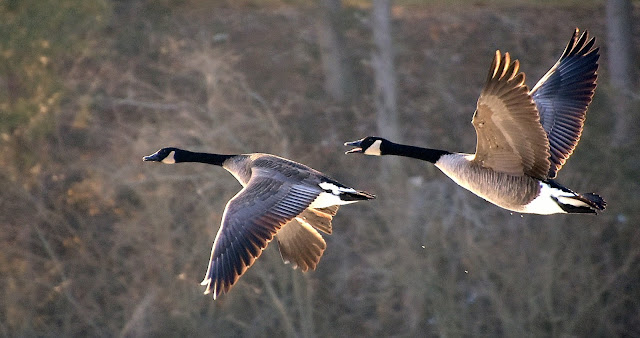 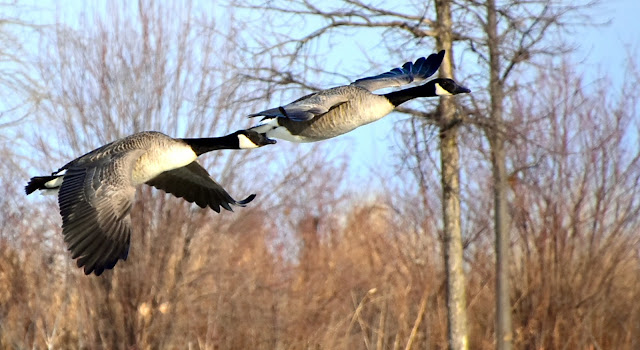 Had myself a chuckle Sunday when I read Doug Lanning's post Pozo Nuevo Road about him running into a 'yarn spinner' out in the middle of nowhere near Arizona's border with Mexico.  I well understood Doug's frustration because I too have had more than my share of running into yarn spinners over the years.  Story tellers is another description for yarn spinners and you know the type of people I mean.  If you say 'Hello' to a yarn spinning story teller that one word may be the last word you get out for the next hour and a half.  I seem to attract story tellers because they sense in me my passive nature as I sit or stand there nodding at the appropriate times with the right sounding words like Wow, Oh really, I see, Oh that's interesting, etc. etc. and more etc's.  If they only knew what I was really thinking they would abruptly turn on their heel and run for cover. 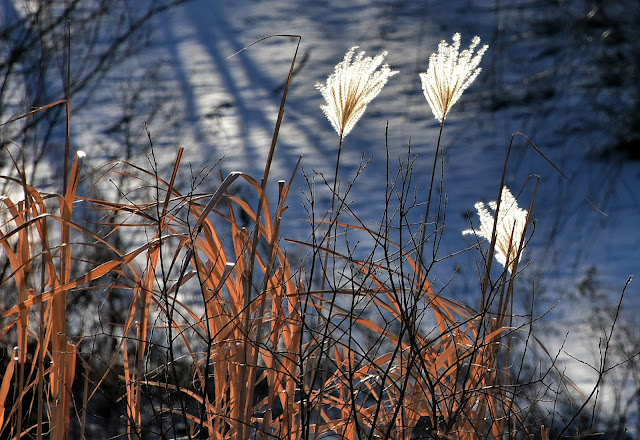 Sunday night after publishing my blog I headed outside with my camera to take a few photos of our Christmas lights. 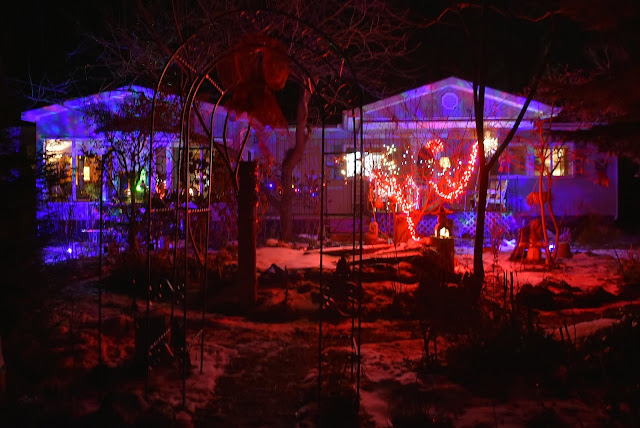 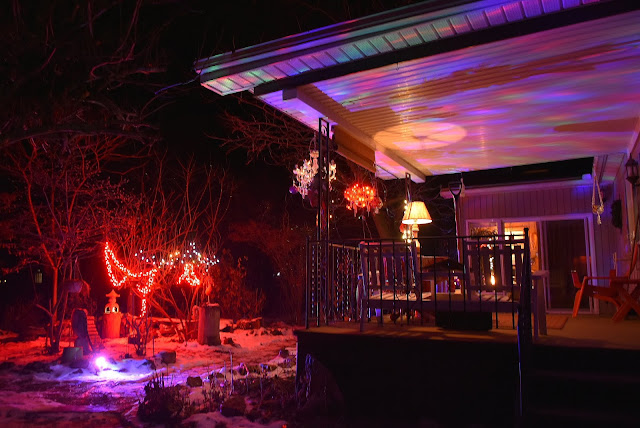 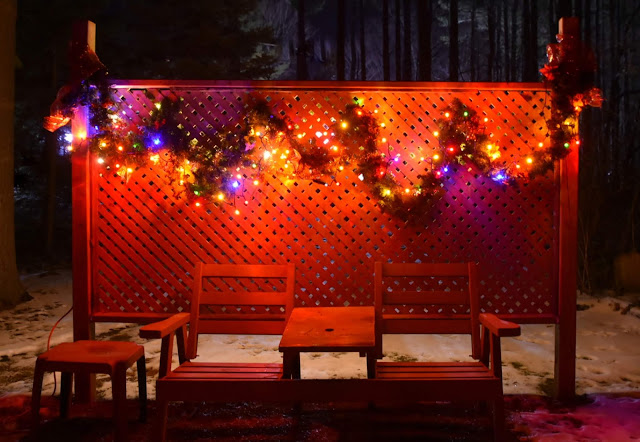 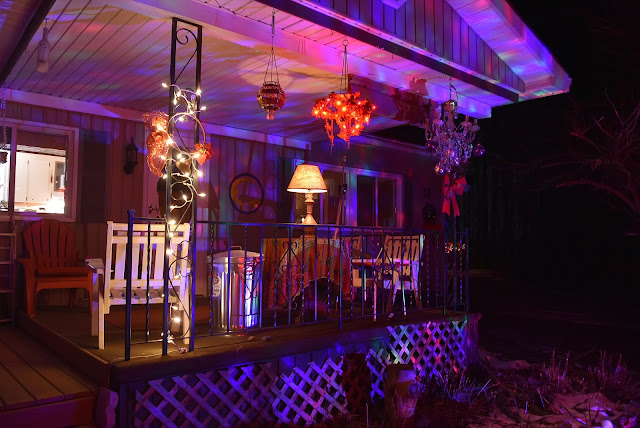 Christmas plans are slowly beginning to take shape and luckily for me I am not in any of them.  Pheebs and I will be blissfully holding the Fort down here at home for a couple days and it will be morning Jeep rides and relaxing sunroom afternoons as usual.
::Al's Musical Favs:: Seeings how it is only a couple days until Christmas I have two Favs for this post.  First is this version of Sleigh Ride by Leroy Anderson which I remember from my early childhood years ago and it's the one that comes to mind when I see a new snowfall or strings of Christmas lights on a cold Winter's Eve.  I also like Johnny Mathis's vocal version.  My second Fav is one I came across about 5 years ago and every year a day before Christmas I play this song.  It's a song I and I'm sure many others can identify with.  I have been in this very same position several times in my life.  I also like the singer who does this and have more of his music.  It's a song I loved right from the first time I heard it.  It's a bouncy little number with a happy piano and it just might become your Fav too.  Driving Home For Christmas by Chris Rea:)) 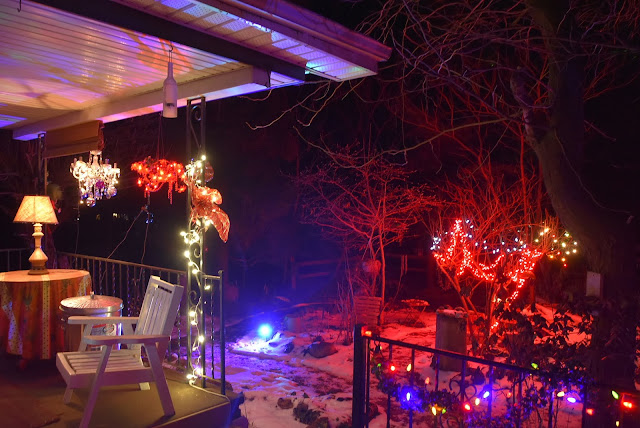 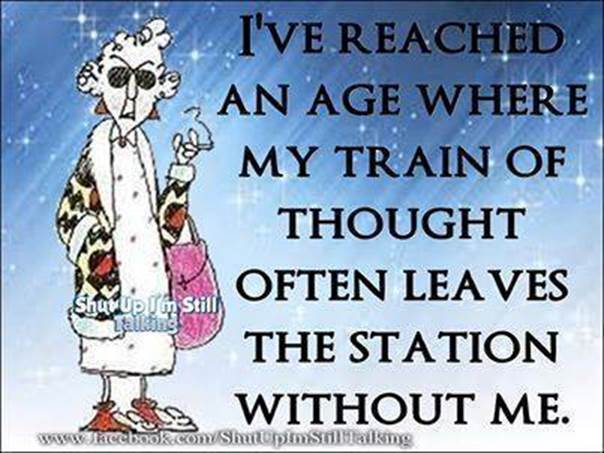