With the coming of overnight snows and colder temperatures I noticed our bird feeders were much busier today than in previous days.  Nice to see the little feathered guys coming and going.  Squirrels were busy out front as well and there were no breeches of the feeders or storage cans.  And there shouldn't be because I feed them well.
Predicted overnight and morning snow squalls didn't hit us as feared and noticed on our radar weather map the bulk of them had come in off the lake north of us.  But some afternoon streamers did force a few road closures north of Goderich. 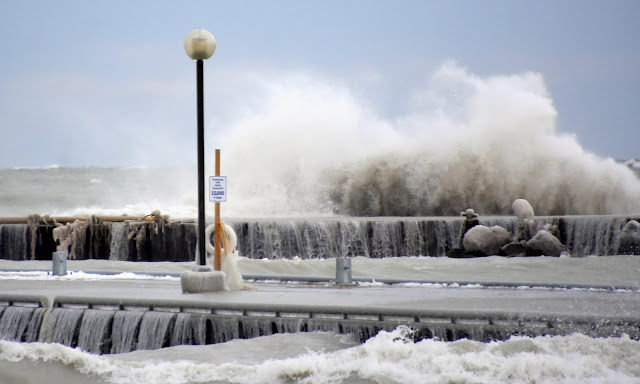 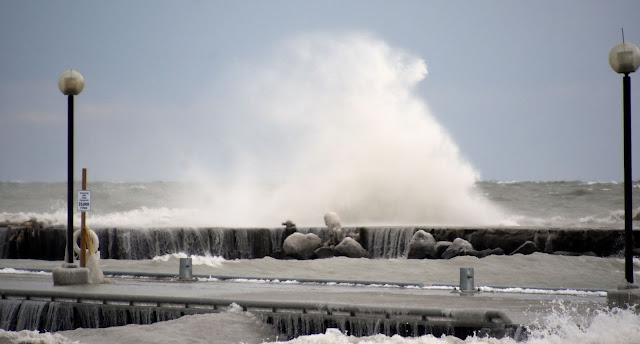 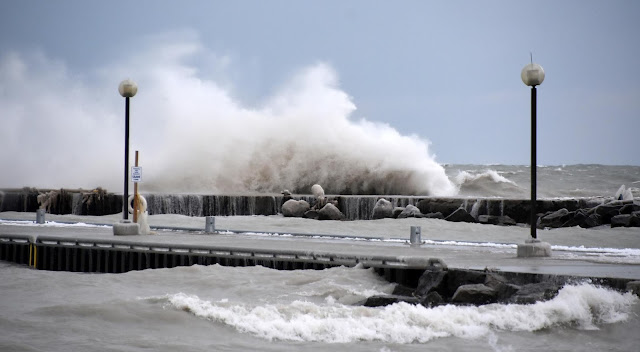 Another dull gray day with a 25mph wind chill factor driving our 19F temps down around 5F  A short Jeep ride through Bayfield and around a couple country roads and home again.  It was way too cold for any kind of a walk anywhere and I didn't end up taking many photos. 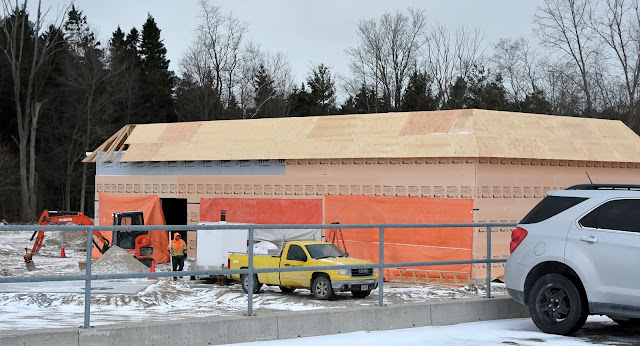 It was a good day to finally get at a computer job I have been putting off for way too long.  I probably take an average of 30 publishable photos a day, seven days a week for nearly every day of the year.  That adds up to a lot of photos.  That's somewhere in the neighborhood of 13,440 a year or around 135,000 in the past decade alone.  It's actually higher than that if I were to throw in all my photos from 2006 to 2009.  I have 3 external hardrives loaded with photos and today I busied myself moving thousands more off our computer desk top's hardrive to a fourth external hard drive.  This is a real nail biter of an operation for me because I transfer the photo files to the hard drive and go back and delete those same photos off our computer's hard drive.  I am so prone to making mistakes that I have to double and triple check every move I make.  And I still make mistakes.  Back in 09/10 I switched from our first traveling Toshiba laptop to a new traveling Toshiba laptop and I muddled up a whole bunch of photo files in that change over.  I remember trying to get that all sorted out years ago but never really did.  This morning using both my 13 year old Toshiba Satellite, my 8 year old Toshiba Satelitte A505, a thumbdrive and a new Passport external hard drive I am once again attempting to make some kind of sense out of my original muddle.  And I'm trying to do this with my current 75 year old memory challenged brain.  You can only imagine my frustrating confusion today.  I think I tore through a whole mass of cranium cobwebs in the process.  Of course all the time I'm working on this my mind is asking itself, 'why are you doing this and how important is it anyway'??  All those thousands of photos have served their purpose by being published in my blog over the years so why tear my hair out over a photo mix-up way back in 2010/11.  Ya, I don't know either.  But hey, it soaked up a whole afternoon for me and I'm nowhere near done yet.
::Archive Post:: While ranch sitting near McNeal Arizona ten years ago we dropped into a small airport just east of town.  Not sure but I think it had been recommended by someone saying the folks there were always happy to give a tour of their facilities so December 17th of 2009 Kelly and I dropped into have a look at the New Tribes Mission.  Their Facebook page is here at New Tribes and my post for the day we were there is here at Aviation Training.  Remember to click on the photos to enlarge them.  The 'floating caption' option appears not to be working when I checked) 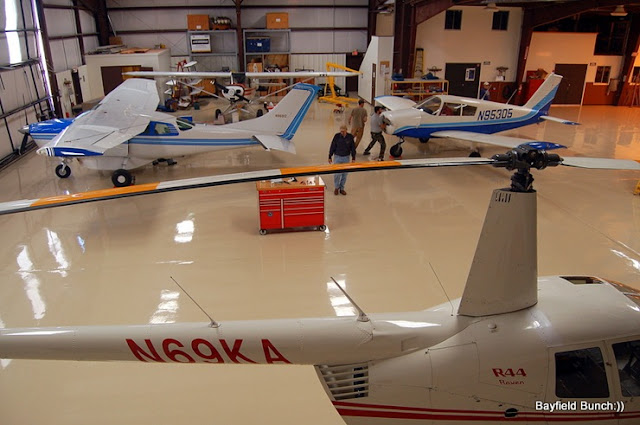 ::Al's Musical Favs:: Video Games by Lana Del Rey.   I'll throw a little curve at you with this one tonight.  It's a rare vocal in my fav file but it is the tone and style of the singer's voice as well as the overall song production itself that appealed to me. 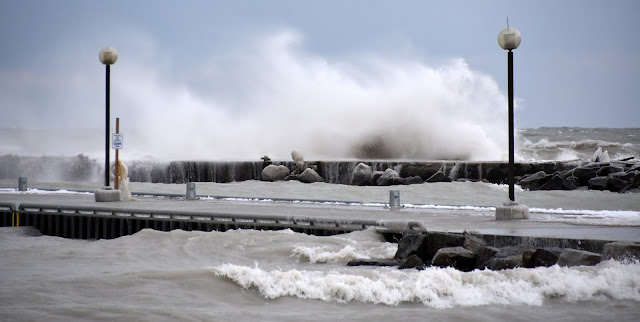 GROANER'S CORNER:(( - To avoid taking down my Christmas lights, I'm turning my house into an Italian restaurant.

Q: What is an atheist's favorite Christmas movie
A: "Coincidence on 34th Street"
The holiday season: A deeply religious time that each of us observes, in his own way, by going to the mall of his choice. “Why won’t Donald Trump be attending midnight mass this year?  Fake pews.”
- When you stop believing in Santa Claus is when you start getting clothes for Christmas.