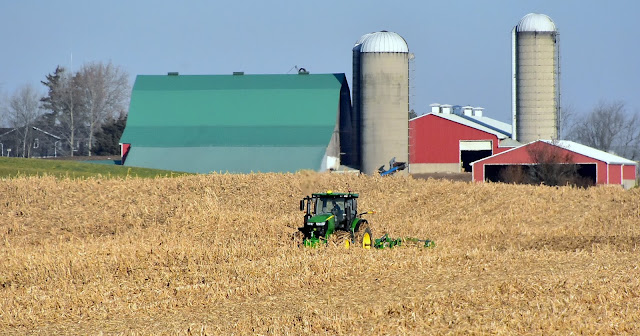 Had ourselves an absolutely gorgeous weather day.  Blue skies and sunshine with no wind and 45F.  I was so energized by the sunlight and cool temps I happily kept myself outside for 4 hours working away on the 2020 Spring clean-up.  I was again busy with my leaf rake, garden rake, flat shovel, leaf blower, wheelbarrow, and clippers.  This recent spate of great weather came just at the right time and has been a real lifesaver for me.  We're predicted to top 50F Wednesday morning then after high wind warnings Wednesday afternoon our temperatures will plummet into the thirties.


GROANER'S   CORNER:(( A man was speeding down the highway, feeling secure in a gaggle of cars all traveling at the same speed. However, as they passed a speed trap, he got nailed with an infrared speed detector and was pulled over.The officer handed him the citation, received his signature and was about to walk away when the man asked, "Officer, I know I was speeding, but I don't think it's fair - there were plenty of other cars around me who were going just as fast, so why did I get the ticket?""Ever go fishing?" the policeman suddenly asked the man."Ummm, yeah..." the startled man replied.The officer grinned and added, "Did you ever catch all the fish?"
====================