A WINTER WONDERLAND AS OLD MAN WINTER SLAMS INTO US

With a load of wet and heavy overnight snow turning our landscape into a winter wonderland the main challenge for me this morning was to not race around all over the place taking about 3.2 million photos.  As it was I ended up with over a hundred so I'm going to try something different tonigh.  I haven't put together a photo album since my Barn Block Quilts album a few years ago so I have gathered today's photos together and put them in an album entitled, Winter Wonderland.  If it works and you get to the album you can start at the beginning and view the photos one at a time or you can click the 3 vertical dots at the top right of the screen and view a full screen slideshow.  Or you can scroll down clicking individual photos to look at.  I'm thinking if this album thing works I may go ahead and start albumizing my countless birds, flowers, landscapes, and Mennonite country photos, etc.  I lost most of my Southwest albums a few years ago when Google did the big switcheroo thing so maybe I could take a crack at re-doing those albums.  Seeings how we'll probably be stuck here all winter, organizing my countless thousands of photos might make for a challenging project for me.  And I do emphasize 'countless thousands of photos'.  In the meantime I'm wondering if there is a way to slow down the album's slide show pics.  They change too fast. 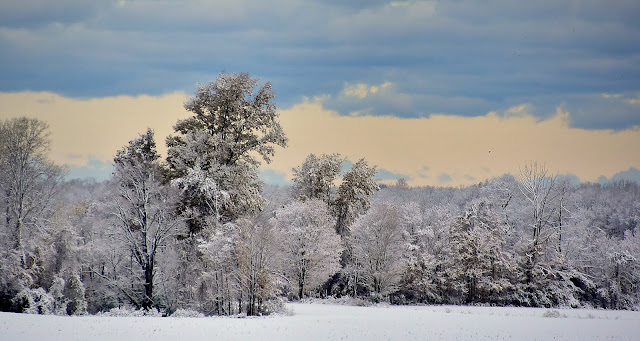 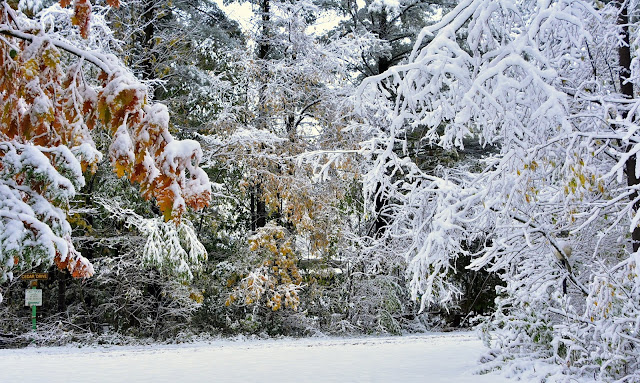 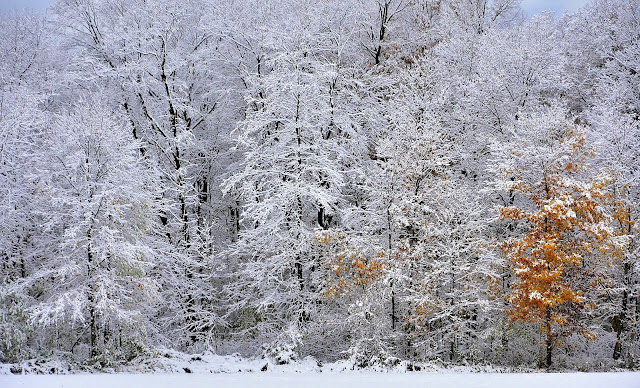 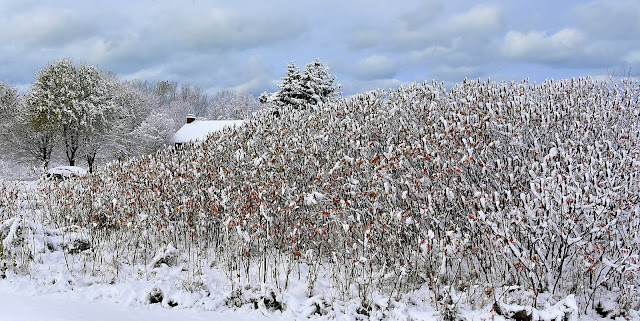 I had toyed with the idea of not putting on the Jeep's snow tires this year but I'm sure glad I ditched that idea.  After today's summer tires spinning in a couple inches of snow I'm sure glad the snow tires will be going on this coming Monday. 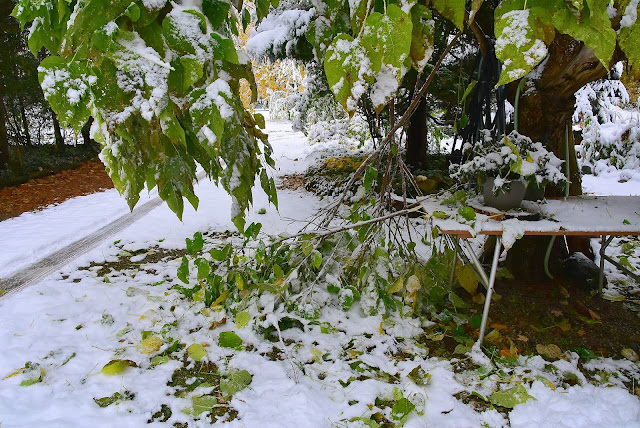 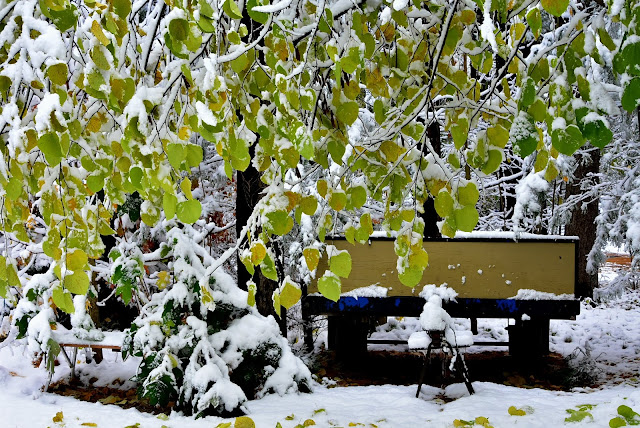 Wednesday night's snowfall had a lot of moisture in it coating trees and branches with a lot of weight.  Our Basswood tree had nearly a dozen broken branches.  This afternoon I spent a fair bit of time outside going around and shaking the heavy snow off a lot of our young trees.  Some of them were bent over nearly touching the ground.  Also put away more outside summer stuff and did some snow shovelling. 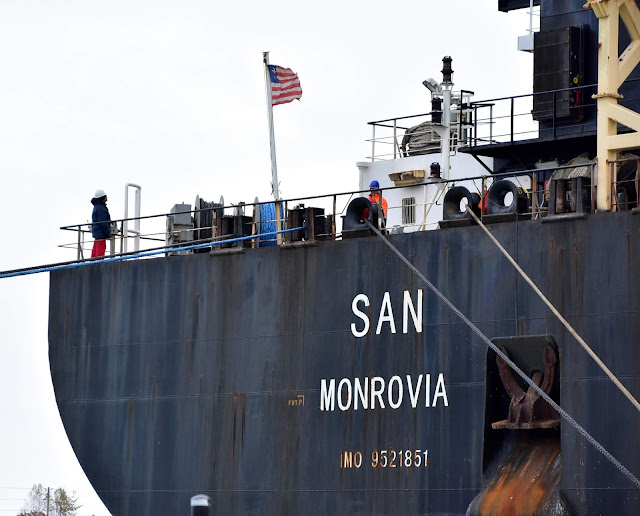 At the time of posting this tonight it is snowing and I think we are under a 'snow squall warning' for tomorrow.  I'd say we've had three inches of snow in the last few hours.  Could be more broken branches in the morning.  Winter has slammed into us early and I have a feeling it's going to be a long haul to Spring.  I always told Kelly if we have to spend a winter in Canada again it will be a doozer!!  It's beginning to look like I may just have been right. 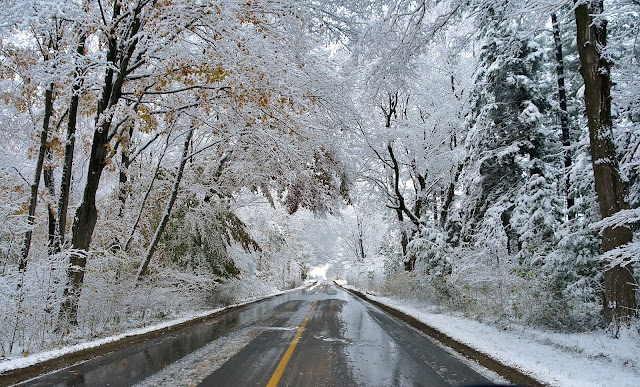 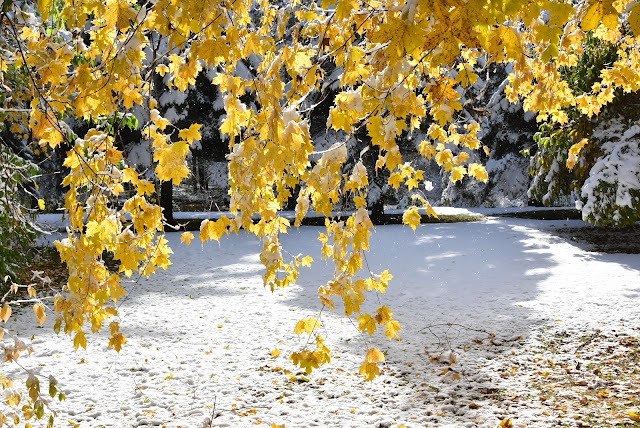 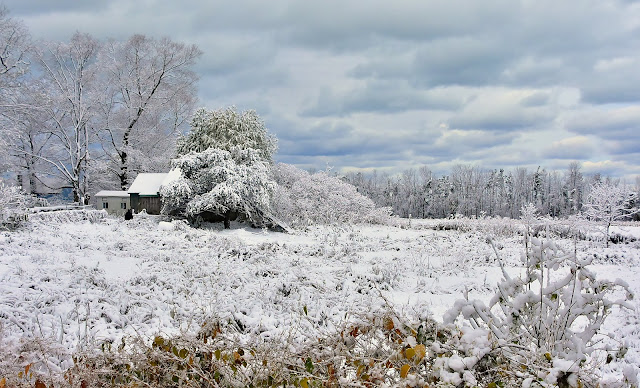 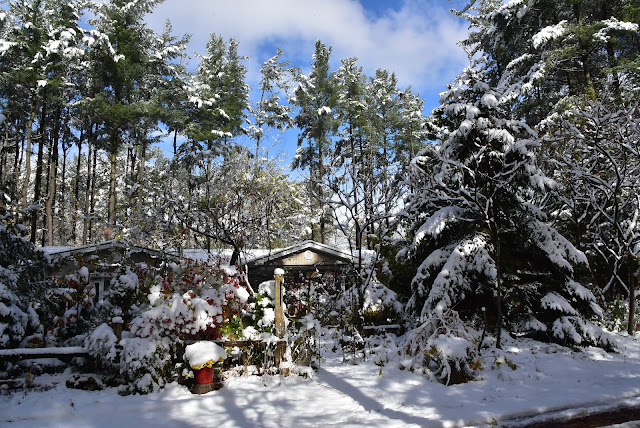 GROANER'S CORNER:(( A newly ordained deacon was asked to hold a graveside service for someone with no family or friends. It was his first official assignment, so he eagerly agreed.  Taking his duties very seriously, the deacon let early the next morning for the cemetery. However, he made several wrong turns and quickly got himself lost. When he finally arrived more than an hour late, the hearse was nowhere to be seen and the two workmen were eating lunch beside a building.  The deacon got out of his car, quickly threw on his vestments, and hurried to the open grave. Looking into the pit, he saw that the vault lid was already in place. With a sign, he took out his prayer book and read the burial service. After he had left, one of the workmen said to the other, Maybe we should have told him he just blessed a septic tank.
------------------
"How's the mouth? asked the dentist, when Mr. McDonald came for his check up. "Oh, she is away seeing her sister," he replied.
================