MONDAY MORNING WILL BE AN EARLY START FOR ME 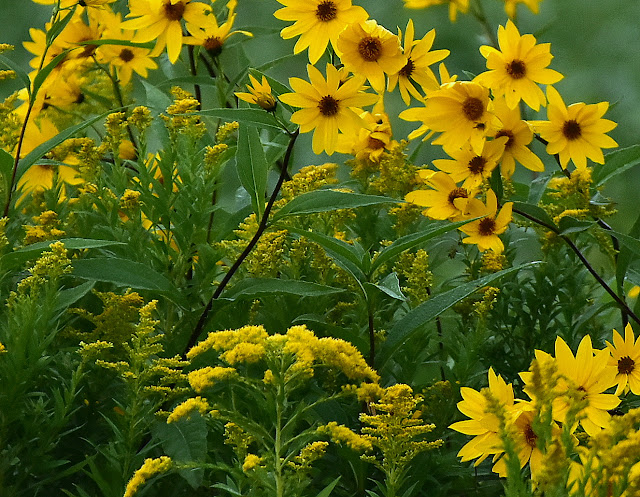 One of the many things I like so much about traveling and boondocking in New Mexico, Arizona, and California during the winter months are the nightly wide open unobstructed night skies with their twinkling diamond like stars from mountain top to mountain top.  Every step outside is a step out into the Universe with it's panoramic overhead views.  We have that same Universe over us here in Bayfield but stepping outside I can't see it for trees unless I make the effort to drive a few minutes away from our Park into the open countryside.  Seems like such an easy thing to do and it is but it's not the same as stepping out your door and looking up and I miss that from the days we lived at the old Weenie Roast Ranch when I would spend long periods of time at night gazing up at the stars and learning where all the constellations were and all their names.  Pheebs and I did drive out into the countryside Saturday night but the rising Moon was already too far up and it's light blotted out most of the night sky.  I did manage one Moon shot anyway.  Oh how I miss those Southwestern night skies and my nocturnal times outside at the old farm house near Fullarton, Ontario. 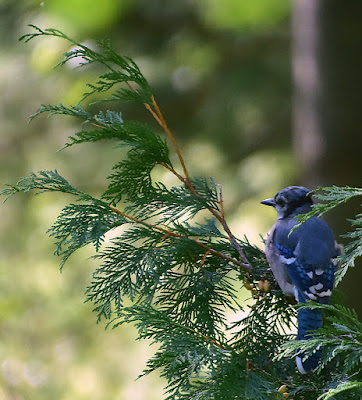 With a sky full of ominous clouds this morning Pheebs and I headed out following a few brief sun splashes down the road.  Before we reached Goderich those small patches of sun were gone and we had our windshield wipers going.  That pretty much ended any further thoughts of the forest walk I had been considering.  A quick swing down around the beach and harbor areas, a few groceries and we were headed back home in the pouring rain.  An hour later we were under sunny skies. 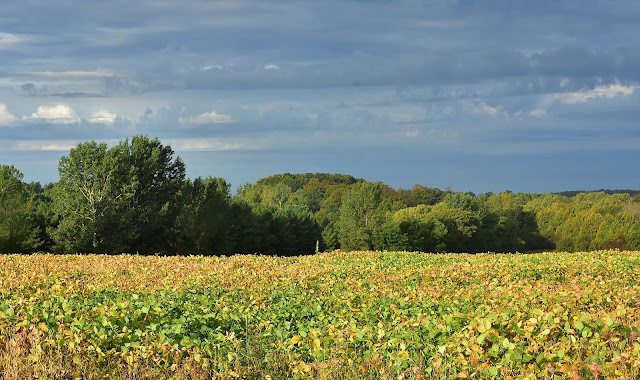 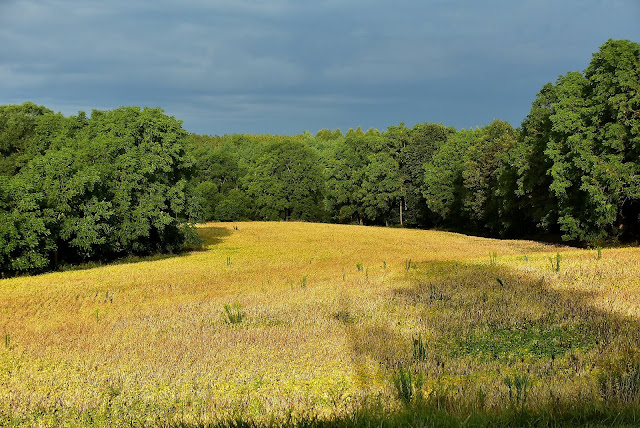 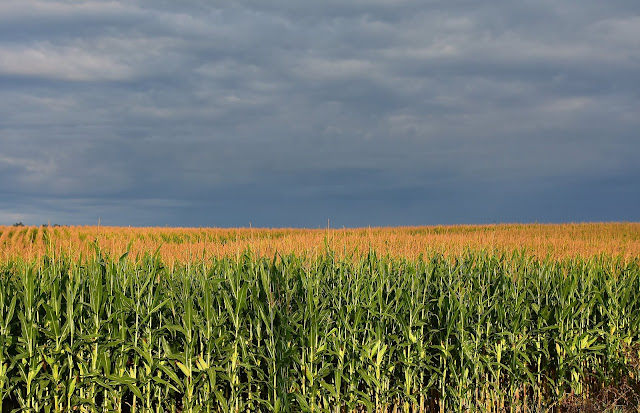 A big leaning pine tree had to be taken down at our neighbor's house over the past couple days so there's a big mess there and I was able to get a wee bit of it cleaned up this afternoon.  Machines can only do so much then it's up to somebody with a wheelbarrow, pitchfork, a couple rakes, a pair of clippers and a Swede saw to finish up the small stuff.  Machines cleaning up a mess can themselves sometimes create an even bigger mess...……... 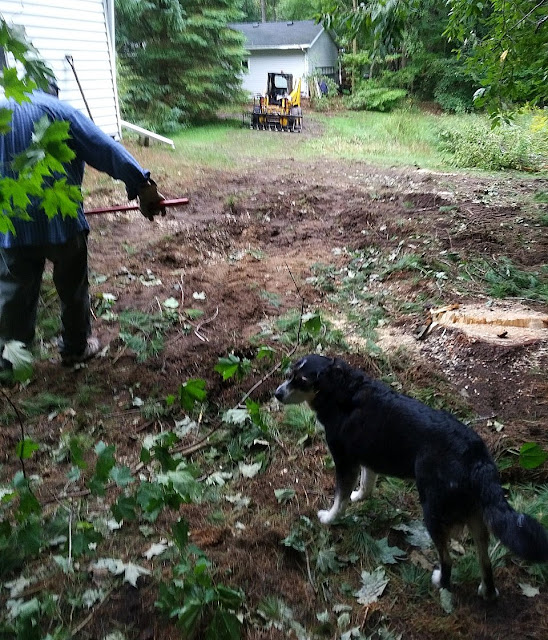 I will be up with the chickens and on my way to London Monday morning for an 8:25 appointment with the radiation machine.  I plan to be there early so I'll take my Kindle with me.  I much prefer reading something of interest to me rather than the usual assortment of boring magazines found in most every waiting room on the Planet. 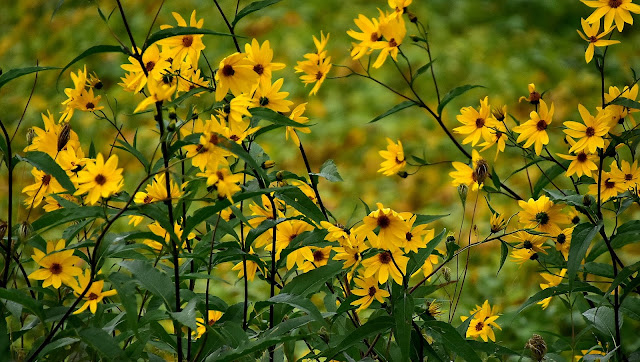 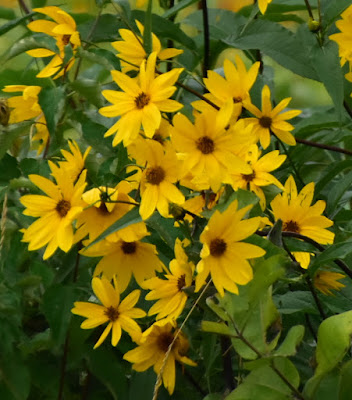 GROANER'S CORNER:(( I've noticed the strangest thing about men who hang out in bars a lot.  It seems they have only one of two reasons to be there: They have no wife to go home to... or they do.
------------------
1. Does a clean house indicate that there is a broken computer in it?
2. Why is it that no matter what color of bubble bath you use the bubbles are always white?
3. Is there ever a day that mattresses are not on sale?'
4. Why do people constantly return to the refrigerator with hopes that something new to eat will have materialized?
5. On electric toasters, why do they engrave the message “one slice?” How many pieces of bread do they think people are really gonna try to stuff in that slot?
6. Why do people keep running over a string a dozen times with their vacuum cleaner, then reach down, pick it up, examine it, then put it down to give the vacuum one more chance?
7. Why is it that no plastic garbage bag will open from the end you first try?
8. How do those dead bugs get into those closed light fixtures?
9. Considering all the lint you get in your dryer, if you kept drying your clothes would they eventually just disappear?
10. When we are in the supermarket and someone rams our ankle with a shopping cart then apologizes for doing so, why do we say, “It's all right?” Well, it isn't all right so why don't we say, “That hurt, you stupid idiot?”
11. Why is it that whenever you attempt to catch something that's falling off the table you always manage to knock something else over?
12. Is it true that the only difference between a yard sale and a trash pickup is how close to the road the stuff is placed? 13. In winter why do we try to keep the house as warm as it was in summer when we complained about the heat?
14. How come you never hear father-in-law jokes?
15. If at first you don't succeed, shouldn't you try doing it like your wife told you to do it? And obviously if at first you don't succeed, then don't take up sky diving!
16. The statistics on sanity are that one out of every four Americans is suffering from some sort of mental illness. Think of your three best friends, if they're okay, then it's you.
-----------------------
Q: What do you call a bunch of rabbits in a row all hopping backwards?
A: A receding hare line ===========================
Posted by Al Bossence at 9/15/2019