KELLY DOES A GOOD DEED

This running back and forth to the washroom through the night sure leaves me tired the following day and this morning and afternoon were no exception.  I'm hoping the removal of two kidney stone stents later in the week will be a help and I'm hoping after radiation therapy beginning next week my bladder will return to somewhere near normal again.  Can't imagine what a good night's sleep must feel like.
A coffeeless Jeep ride for Spoogers and I south of Bayfield.  A few different roads for a change with a few different photos along the way.  Cool enough with the two front windows down to have the heater on low.  Temps were up enough by noon for me to switch back into a short sleeve shirt for the remainder of the day. 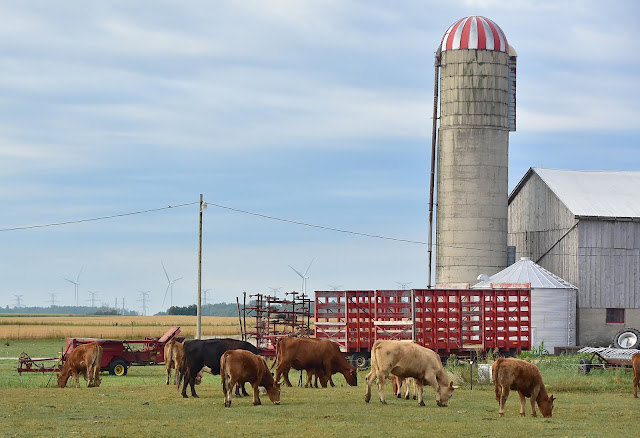 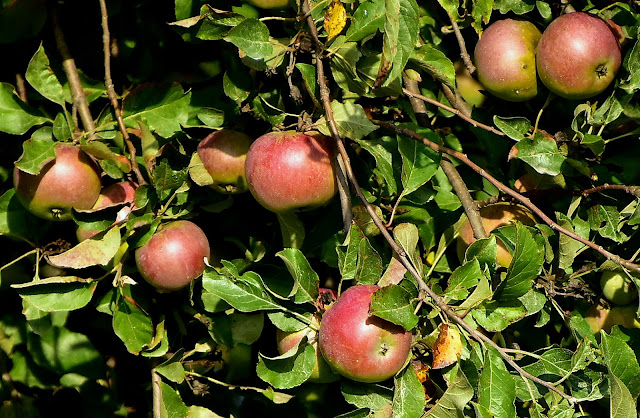 Home before 9:30 I trimmed a few more shrubs across the road and mowed a little grass.  With a few drops of rain in the air I was back in the house and comfortably enscounced in my sunroom recliner with my Kindle reader in hand.  Just seemed like the best place to be for the rest of the day so there is where I pretty much stayed.  Except for an afternoon walk in the woods with the Pheebs of course. 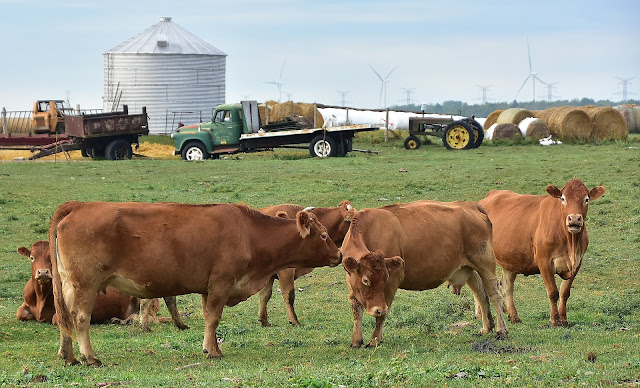 Kelly was able to do a good deed today.  Walking Pheebs Monday morning she found a man's wallet lying on the road right outside our Park.  Inside the wallet was a bank card and a health card along with a business card for and auto shop in Shelburne Ontario.  No money in the wallet.  Having the owners name and photo she right away went to Facebook and sure enough she found the wallet's owner.  The page hadn't been used in awhile but she messaged him anyway.  No answer.  With the business card in the wallet she then phoned the card's number at Complete Automotive and Diesel explaining about the wallet and asked if they knew of the person.  They didn't.  That was two dead ends for sleuth Kelly but later on the phone rang and it was the Shelburne automotive place saying after asking around they did remember the person and gave Kelly his phone number.  With that Kelly phoned the lost wallet's owner and with a very happy fellow on the other end of the line Kelly took down his address.  Later this afternoon with an address on a white envelope she slipped into Bayfield's post office and mailed the bank and health card back to the rightful owner in Orangeville Ontario.  Now that is what I call a good deed:))
GROANER'S CORNER:(( A Riddle:: This is an unusual paragraph. I'm curious as to just how quickly you can find out what is so unusual about it. It looks so ordinary and plain that you would think nothing was wrong with it. In fact, nothing is wrong with it! It is highly unusual though. Study it and think about it, but you still may not find anything odd. But if you work at it a bit, you might find out. Try to do so without any coaching!
---------------------------


- In every work of genius we recognize our rejected thoughts.
- In order to get a loan, you must first prove you don't need it.
- In spite of all evidence to the contrary, the entire universe is composed of only two basic substances: magic and lies.
- In the fight between you and the world, back the world.
- Incompetence is a double-edged banana.
- Influence is like a savings account. The less you use it, the more you've got.  Inspiration and perspiration are related by more than rhyme.
- Intelligence is a tool to be used towards a goal, and goals are not always chosen intelligently.
- Interchangable parts won't.
- Incompetence knows no barriers of time or place.
- It may be that your whole purpose in life is simply to serve as a warning to others.
---------------------------
Answer to the Riddle::   The letter e, which is the most common letter used in the English language, does not appear even once in the paragraph.
==================
Posted by Al Bossence at 9/03/2019