Although the 'Freedo Vandito' passed it's safety inspection nearly 2 weeks ago and had the front brakes done we noticed 3 days after getting it home a squeaking sound in a wheel somewhere as well as a screeching noise when applying the brakes.  Sometimes very noticeable and sometimes hardly noticeable at all.  I didn't want to drive the van all the way back to Palmerston where the break job was done with wheels and brakes squeaking so this morning we dropped the van off at the Bayfield Garage hoping it was something minor.  And as it turned out it was minor but it still cost us nearly a hundred dollars anyway.  Bayfield Garage work order said, 'Front Shims On Both Front Calipers Hitting Rotors. Bent Tabs Back To Lock Shims.  Road Tested - Ok.'  $94.92.  The safety check which included front brake rotors was done by 'Grant's Service Center' in Palmerston Ontario!! 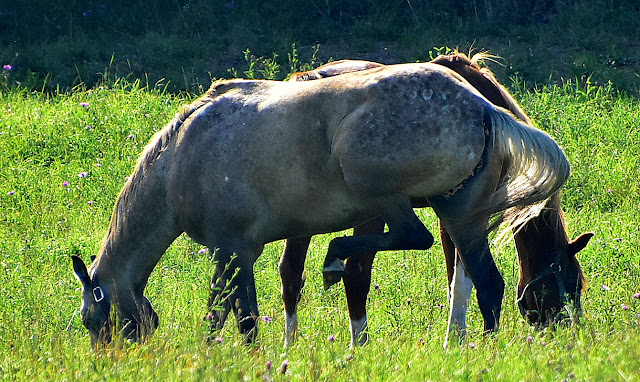 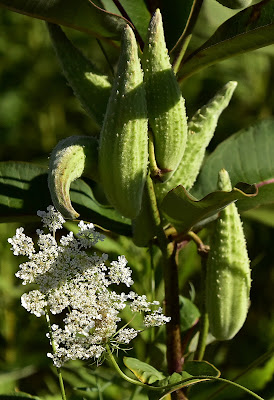 A beautifully cool 57F start to the day so Pheebs and I rolled on over to the Hullett Marsh for a short walk.  How nice to have such a great natural wildlife area so close to us.  Didn't see any birds this morning but did catch sight of a few Monarch butterflies and a couple Frogs. 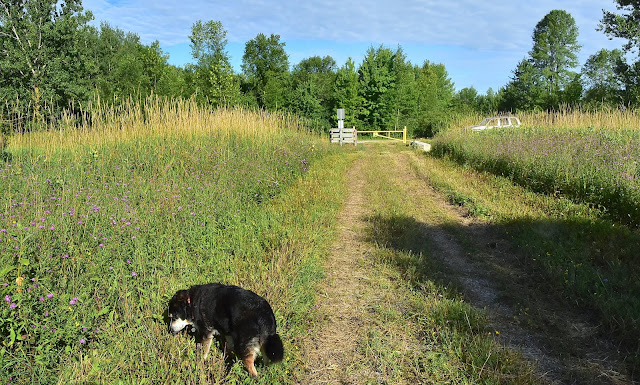 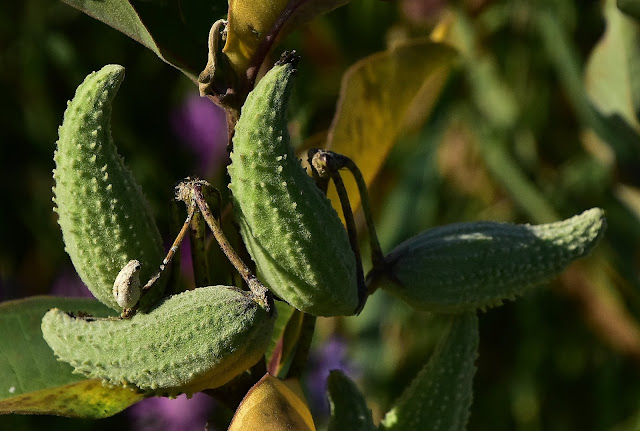 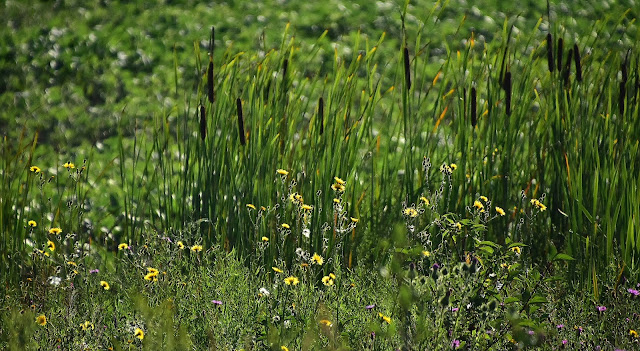 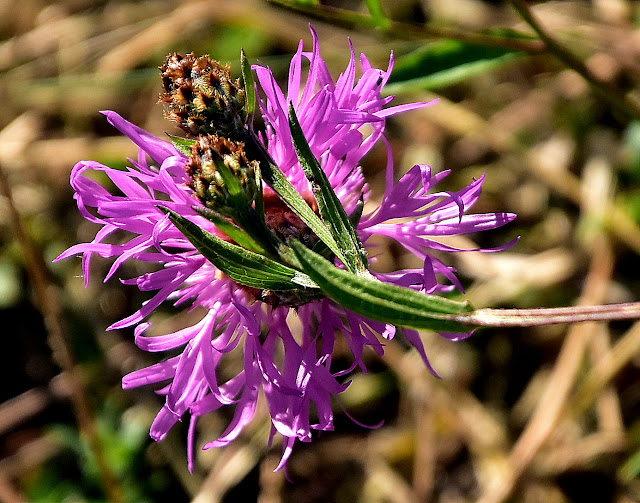 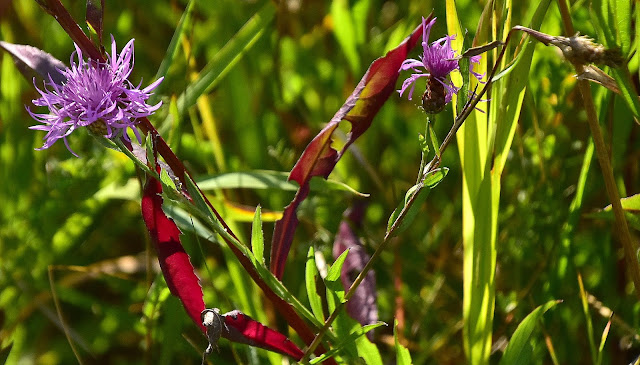 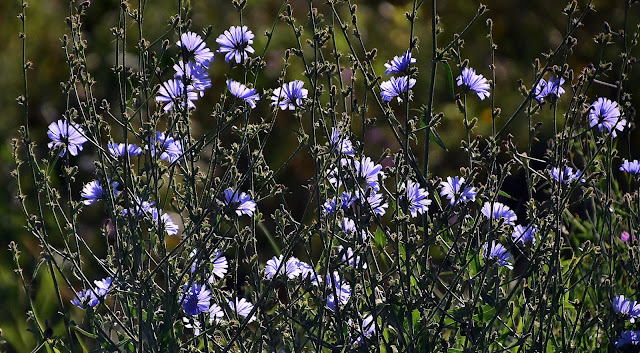 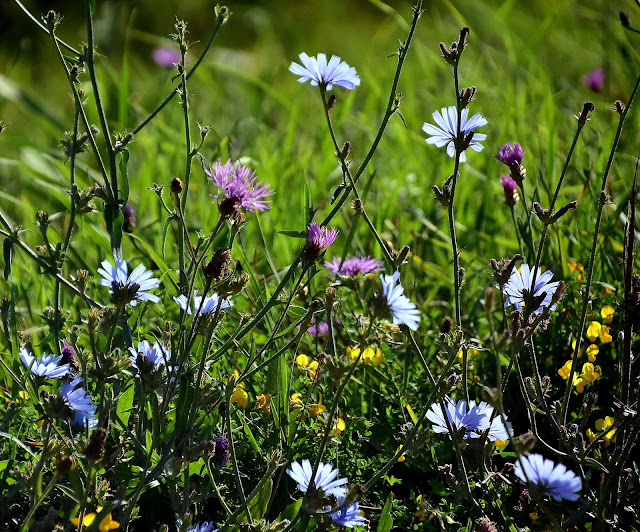 Home again feeling tired I didn't do much until it was a time to head for Stratford to have a chat with my Urologist Doctor.  Now, for readers who would rather not read about boring medical stuff I suggest you click me out of here and head off to read something of more interest to you. 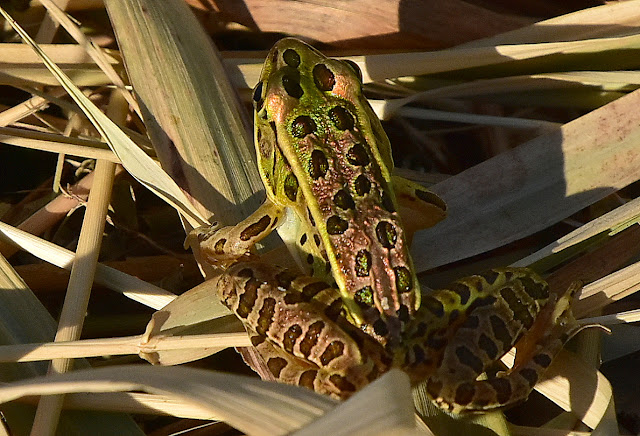 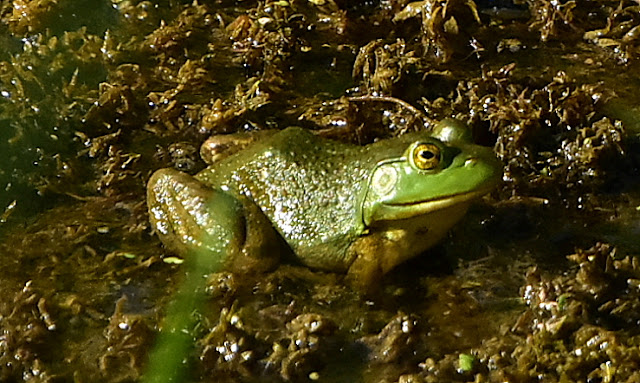 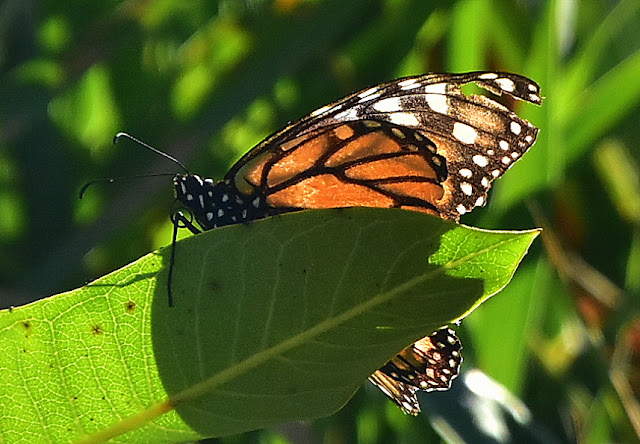 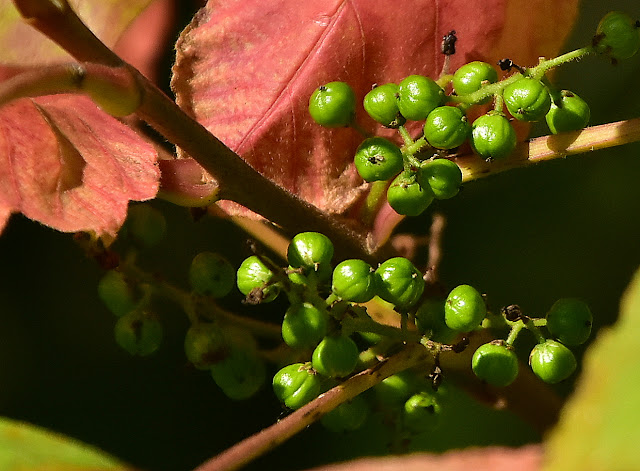 My life partner/guardian/secretary/care person and very much most bestest wife of all times of course came with me this afternoon to ask Dr. Bukala all the right questions about the right things at the right times.  I just kind of always sit there going, 'yup, Okay, sounds good, will it hurt, will I be sick, d'ya think it will rain today, what about losing my hair, yup Okay, still sounds good, etc. etc.  So here's the skinny from Doctor Bukala regarding the findings of my recent Prostate Cancer tests.  The bone scan showed no signs of cancer anywhere else in my body except something in my neck which could be arthritis.  I'll be getting an X-Ray of that in the morning at the Goderich Hospital to confirm what it is.  So here's the plan we worked out with Doctor Bukala for my future treatment.  First, he thinks I may not be a candidate for Brachytherapy because of my 'intermediate' cancer status. (Prostate brachytherapy (brak-e-ther-uh-pee) is a form of radiation therapy used to treat prostate cancer. Permanent prostate) brachytherapy involves placing radioactive seeds in the prostate gland permanently, where they slowly release radiation).  We have opted out of surgery for now and have decided to meet with an Oncologist Doctor at the London Regional Cancer Program Center in London Ontario.  They will decide there if I'm eligible for the 'Brachy' treatment.  If not I am looking at a series of 20 radiation treatments 5 days a week for 4 weeks.  Nothing mentioned about Chemo Therapy.  Doctor Bukala's office notified the London Cancer Clinic today so we should hear from them in two to three weeks regarding a consultation appointment and where we go from there.
Also, Doctor Bukala will remove the two kidney stone stents from last Wednesday's Lithotripsy procedure on September 5th.  In the meantime he has renewed my pain meds from now till then because I still have pain in my back when I go to the washroom.  Okay, that wraps up my medical report until next time.  Now that wasn't so bad was it:))


We were home today shortly before 3 and had a very happy little doggy waiting for us at the window.  Not often we leave the Pheebs at home for any reason but when we do she is perfectly fine. 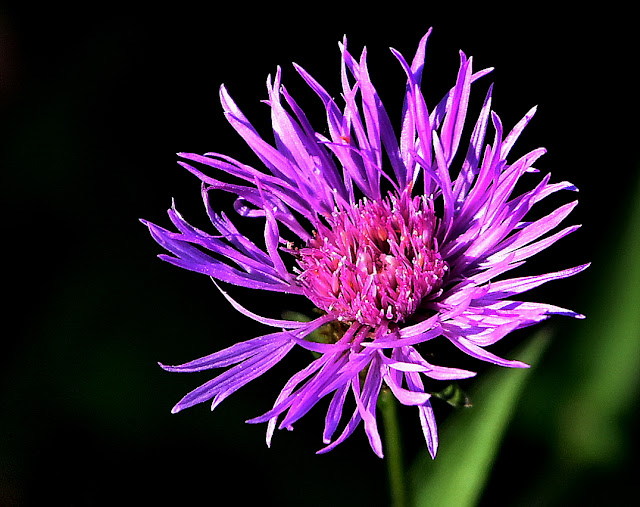 - "Time is the best teacher; Unfortunately it kills all it's students!"
- "According to my calculations the problem doesn't exist."
- "Pride is what we have. Vanity is what others have."
- "How Can I Miss You if You Won't Go Away?
-"Warning: Dates in Calendar are closer than they appear."
- "Give me ambiguity or give me something else."
- "Why is 'abbreviation' such a long word?"
- "I like you, but I wouldn't want to see you working with sub-atomic particles."
----------------------
On the first day of college, the Dean addressed the students, pointing out some of the rules:  "The female dormitory will be out-of-bounds for all male students, and the male dormitory to the female students. Anybody caught breaking this rule will be fined $20 the first time.  "He continued, "Anybody caught breaking this rule the second time will be fined $60. Being caught a third time will cost you a fine of $180. Are there any questions?  "At this point, a male student in the crowd inquired: "How much for a season pass?"
=================