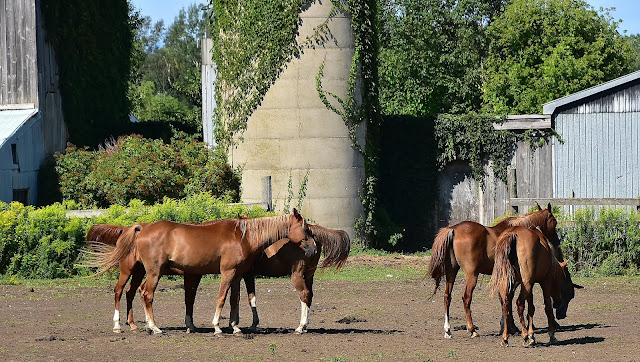 It was a short hop into Bayfield this morning with a quick walk in the village cemetery for Pheebs and I.  We didn't drive too far because I wanted to get my neck X-ray done in Goderich and not knowing how long it would be I didn't want to chance taking Pheebs with me.  There was a sad little face in the window after I dropped her off at home and headed out again by myself. 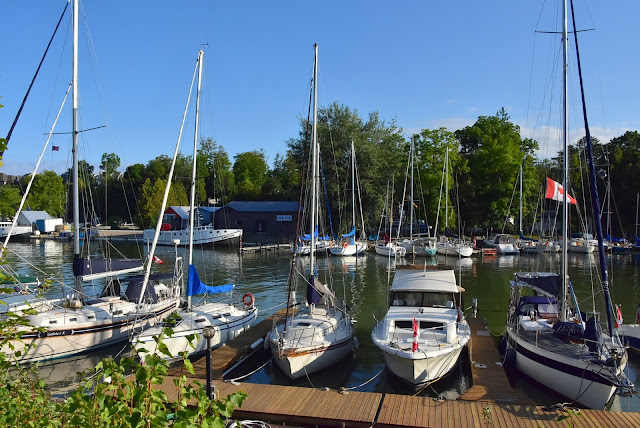 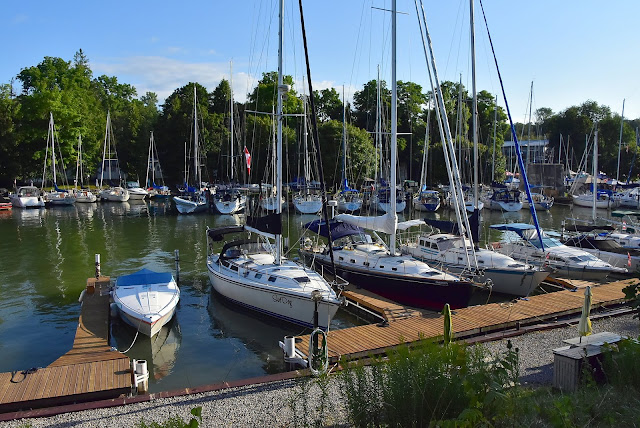 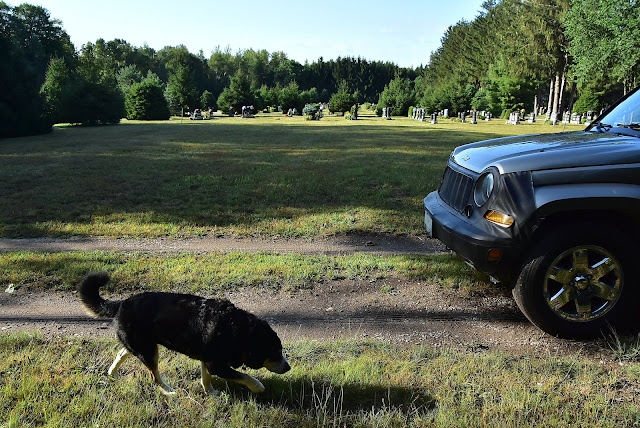 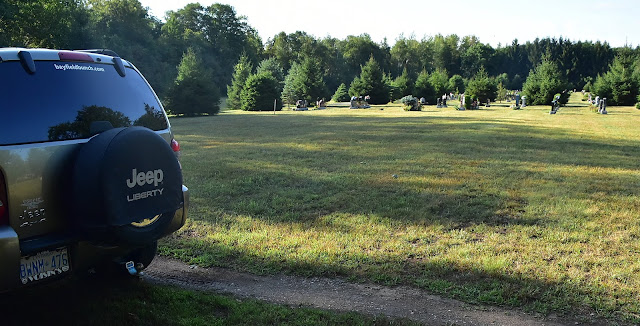 Nobody in the X-ray waiting room in Goderich's Alexandra Marine and General Hospital and I was in and out of there within half an hour.  Of course I had to take off my shirt, watch, and glasses and don another one of those illustrious blue hospital gowns.  It was the first 'stand-up' X-rays I have ever had done.  Five different angles were taken and I had to stand stone still for each one.  And I had to stand uncomfortably straight which is no easy feat for a slouched over person like myself.  Following the X-ray I headed for home.  Beautiful scenic drive and I managed a few photos along the way. 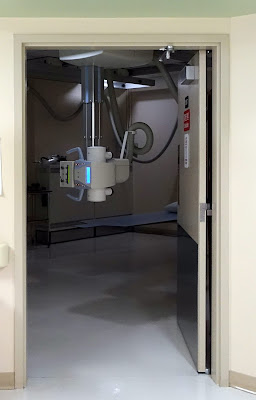 Neither Kelly or I have any more Doctor appointments until early September when I have to have my two kidney stone stents removed.  I had that done once before so know what to expect.  No anesthetic involved so I'll drive myself there and back.  Kelly's next medical appointment is not until October in London.  So all in all we're not doing too bad at the moment. 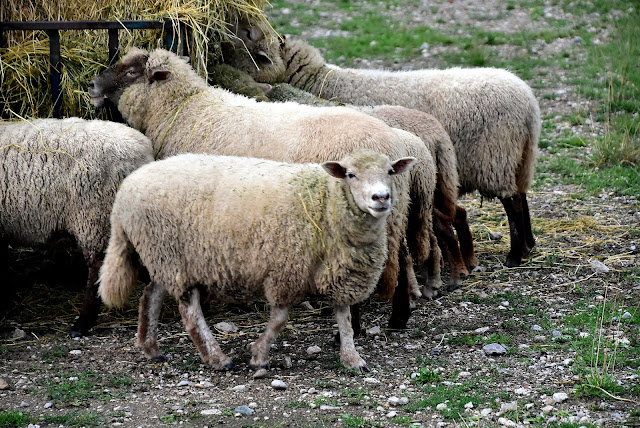 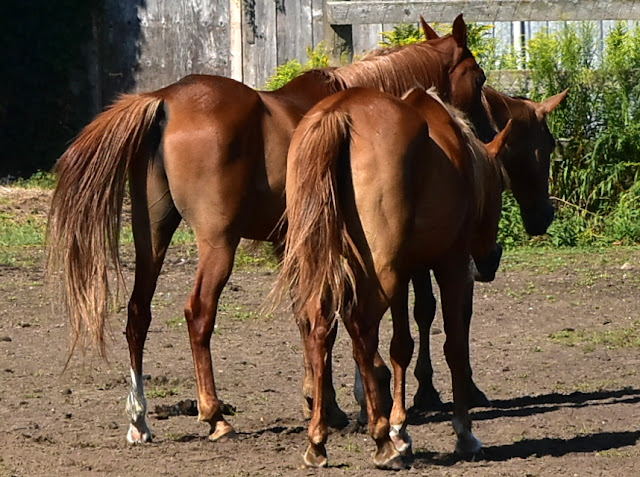 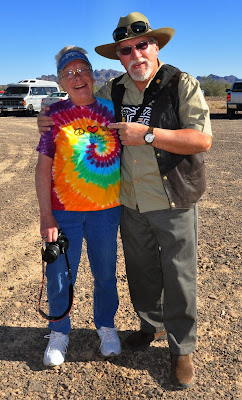 And a sad start to our day this morning when we noticed in our Blog's right hand column the words,  Travels With Emma....RIP Judy, I love you very much.  The 'Bird Lady Of Blogland' has passed away.  Judy was one of the 'original old gang' of Bloggers I first came across about a dozen years ago.  There were a bunch of us then who used to comment on each other's blog constantly and Judy was one of them.  She sure knew her birds and was the unfailing person to turn to for bird identifications over the years.  She traveled alone in her Class A Motorhome with her dog Emma and specialized at volunteering in many National Wildlife Refuges across America.  If you have ever been on a bird hike it may very well have been Judy leading the hike.  We actually had the pleasure of meeting her one time in Quartzsite Arizona at the first ever Bloggerfest in January of 2015.  Kelly took a picture of Judy and I that day and I have used my cropped head and shoulders version of that photo for years.  Judy was a feisty Gal and if she didn't like what someone said she would be quick to let them know and meeting her in Quartzsite that day I could tell she was a regular little fun loving fire cracker.  All the best to you Judy wherever you are and every time when I misidentify a bird in one of my posts can you somehow leave me a comment again like you usually did and tell me just what that darn bird really is.  And knowing how you liked to end your posts with a photo entitled 'The End' this next photo is for you:)) 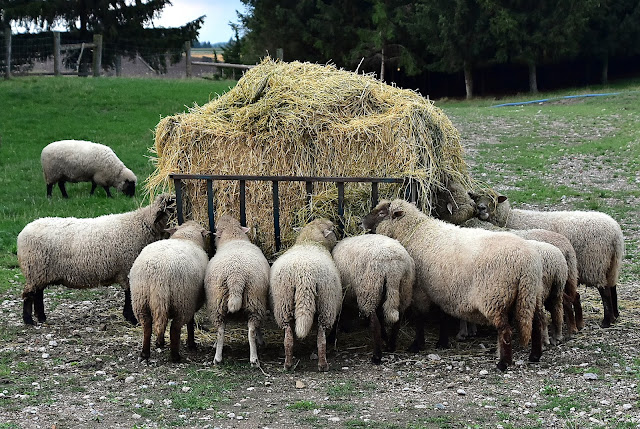