THE DOORS, JOSE FELICIANO, AND THE VENTURES ON A SULTRY SUMMER AFTERNOON IN 1968 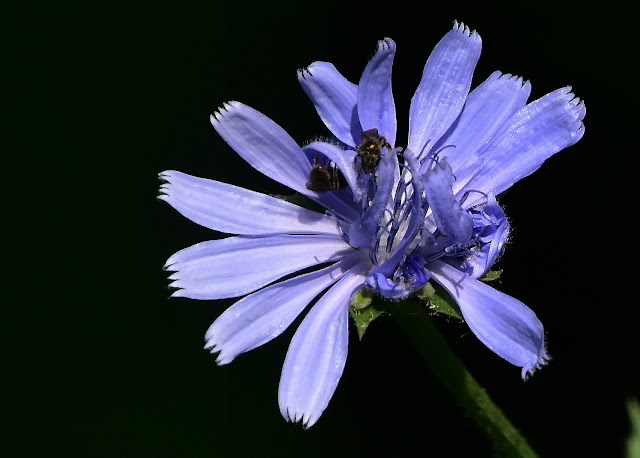 Cool enough this morning for me to put a light jacket on before heading out around eight.  Within a couple hours the jacket was off and Pheebs had all the windows down.  Beautiful Sunday morning and we were home before we had to fire up the A/C.  Bonus:))
Too hot for an afternoon walk with Pheebs but late afternoon heat began cooling down and by early evening it was comfortable enough for us to hit the trail for a stroll.  The cooler air also held the bugs down to a dull roar. 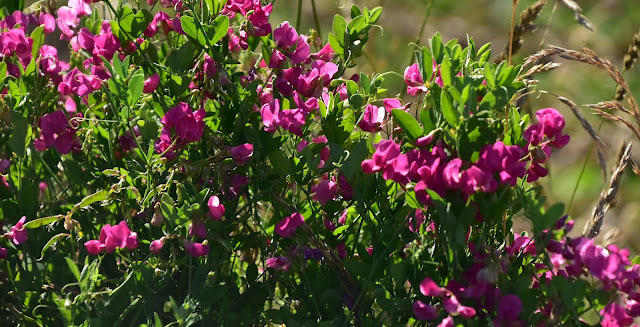 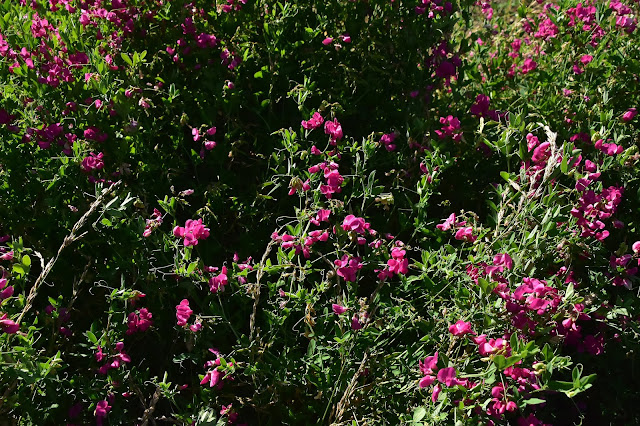 Kelly's RV site had brought up an 02 Pleasure Way Camper Van for sale in Tara Ontario this morning and we got a little excited about it for awhile until we looked closer at the floor plan and realized there was no way it would work for us.  We are currently considering a 98 Dodge Road Trek 190 Versatile that does have a floor plan we could probably make work.  We intend to have a look at it this coming week when the owners return home from a car trip to their cottage.  We have first dibs on the van so we'll see what we think of it.  Yes we know these vans are small compared to the big Motorhomes we've had over the years but small is where we are at now and small is what we want.  Things have changed for us and we have to go with those changes if we want to keep our RV hats in the ring and hopefully continue to do a little traveling even if it's a short trip to the corner store with a washroom break thrown in....if you know what I mean:)) 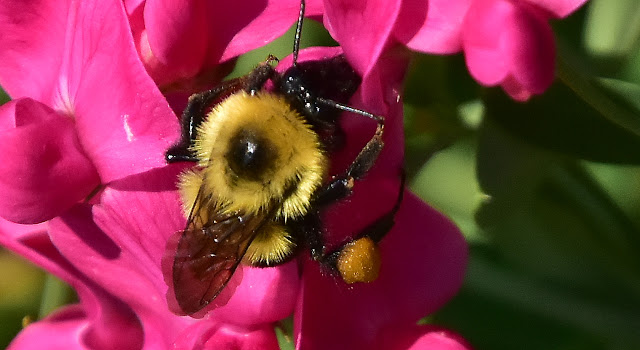 It was the summer of 1968 and I was renting a basement apartment in an old country hotel called the Red Lion Inn built at the turn of the century.  Not much of a surrounding community here but what was there was called Doon Ontario.  Doon is south of Kitchener and nearby is Conestoga College where I attended one year of college in a course called 'Creative Arts'.  Well I think that was the name of it.  A lot of drinking and carousing back in those days so memories are a little foggy all these years later.  There was nobody else living in the Inn at the time I was there.  Just me all by myself in an old dark and slightly haunted basement apartment.  I was right into the current 60's music at the time (beer, cigarettes, and other stuff too) and I recall one sultry summer afternoon sitting on the living room floor surrounded by some pretty heavy duty stereo equipment.  A big amp and big speakers.  My friend Len who went by the name of Tex back then dabbled in electronics and at the time had left his big stereo set-up at my place.  My basement location was ideal for lots of loud and raucous parties and friends were constantly coming and going.  Len was one of those friends so he figured it better to leave his stereo at my place for the parties.  With me sitting on the floor that summer's day I had a flood of music albums scattered about.  Some were mine some belonged to other people.  But it was 3 of my own albums in particular I was interested in and one particular 'same song' from each one of those albums.  I kept playing that same song on each album over and over and over.  And I played that one particular song loud enough to nearly rattle the old cobwebbed basement windows right out of their frames.  The song I am referring to is one of my all time favorites to this very day and can still stop me in my tracks to listen to it.  One of the albums was by 'Jose Feliciano', another by 'The Ventures' and the key album originating the song was by 'The Doors.  One of my favorite hard driving rock groups of all times.  The song of course was 'Light My Fire' and it had me hooked.  Still does.  I sat there on the floor that day continuously playing the Door's original song plus Feliciano and the Ventures versions.  It was Jim Morrison's always mesmerizing voice along with Ray Manzarek's haunting organ and Robbie Krieger's lilting guitar playing that had me transfixed.  Couple all that with John Densmore's solid drum background and the song became a classic.  Robbie Krieger actually originated that song.  Jose Feliciano's version is great in it's own right and I really love The Ventures driving guitars on their 'Light My Fire' rendition as well.  A couple night's ago I sat myself down at my computer, put on my headphones, brought up You Tube and located Light My Fire by the Doors, Jose Feliciano, and the Ventures, cranked the volume and just about blew my ears off.  Like I have said many times in my blog it has been the solid consistency of music for as long as I can remember that has brought me more overall enjoyment than anything else.  Never learned to play an instrument but I sure have learned how to listen to and thoroughly appreciate and enjoy many different genres of music.  And for that I am very thankful to all the great past and present creative musicians of the world.  Thanks for helping to make many of my days worthwhile folks:))  'Light My Fire by The Doors -- Jose Feliciano -- The Ventures 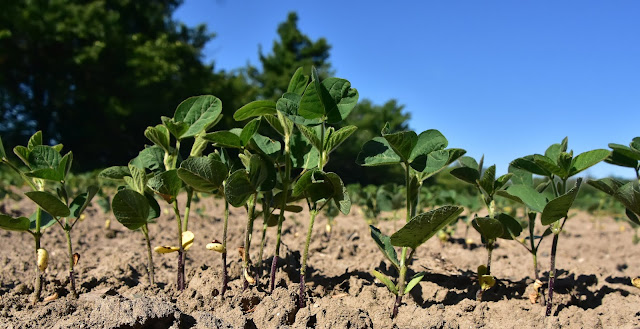 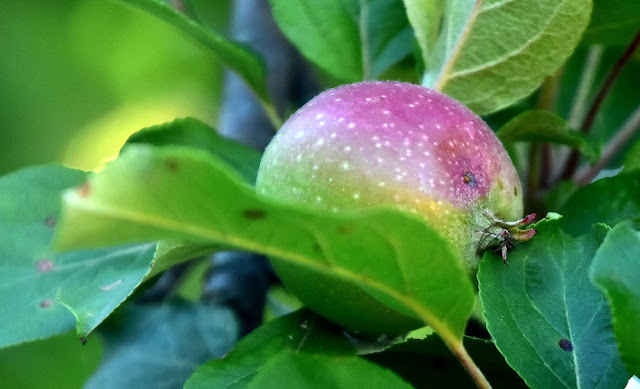 Try as I might using Google Earth Maps today I could not pinpoint Doon's old Red Lion Inn.  In fact Doon doesn't even exist anymore since being taken over by the city of Kitchener.  I have to assume the old Inn was torn down years ago to make way for Kitchener's ever expanding suburbs.  On Google Maps when I went to where I remembered the Inn to be nothing looked familiar except for the Homer Watson Art Gallery.   The whole area is now pretty much covered by sub divisions.  I only lived in that old Inn for a few turbulent summer months but some of the memories I have of what went on there in the summer of 68 are still with me:)) 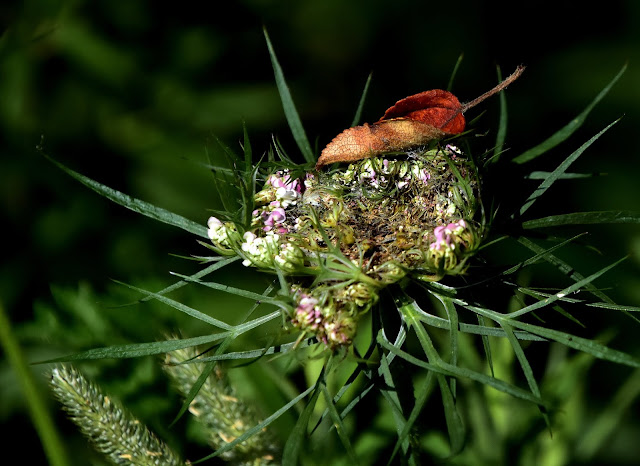 How come wrong numbers are never busy?
Do people in Australia call the rest of the world 'up over'?
Does killing time damage eternity?
Why doesn't Tarzan have a beard?
Why is it called lipstick if you can still move your lips?
Why is it that night falls but day breaks? Why is the third hand on the watch called a second hand?
Why is it that when you're driving and looking for an address, you turn down the radio?
Why is lemon juice made with artificial flavor, and dishwashing liquid made with real lemons?
Can you buy an entire chess set in a pawn-shop?
Day light savings time - why are they saving it and where do they keep it?
Do Roman paramedics refer to IV's as '4's'?
Do you think that when they asked George Washington for ID that he just whipped out a quarter?
Have you ever imagined a world with no hypothetical situations?
How can there be self-help 'groups'?--------------------
A four-year-old girl was learning to say the Lord's Prayer. She was reciting it all by herself without help from her mother.  She said, "And lead us not into temptation, but deliver us some e-mail."
===============
Posted by Al Bossence at 7/14/2019