TODAY WE WAITED FOR A NEW PARK OWNER REP WHO NEVER SHOWED UP AND......SNOW PHOTOS

I only ended up taking two photos today but coincidentally our friend Bruce (handyman & looks after our place in winter) dropped over a camera memory card with some photos on it of our place during Winter time.  He had forgot he took these early January 2018 photos and came across them this morning.  So couple Bruce's winter photos with my two photos from today and 'walla' I had enough pics for tonight's post. 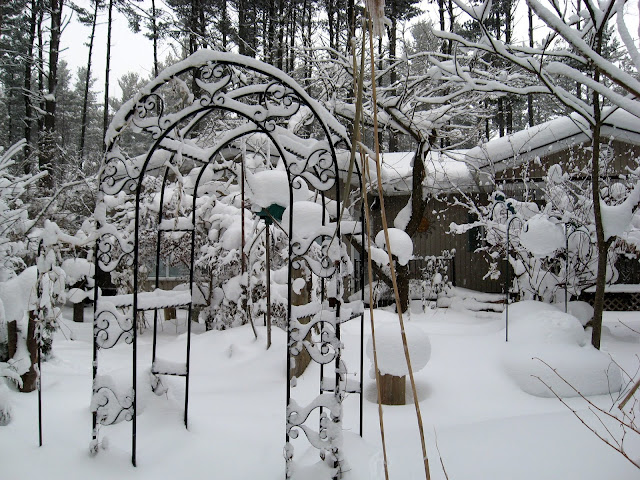 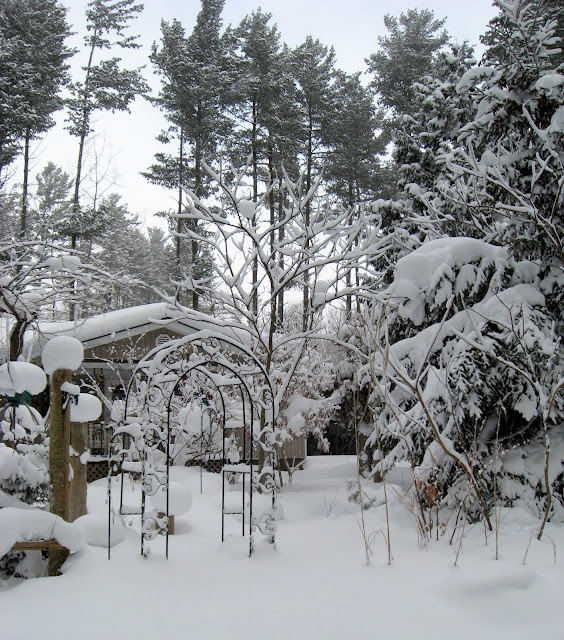 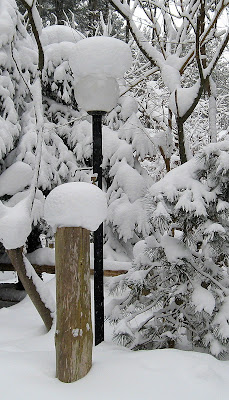 It was the first morning in a couple weeks I didn't have to make my own cup of coffee.  Now that's gotta be worth something.  Nice to be back into our old tried and true morning routine.  Pheebs wakes me up by bolting off the couch and running down the hall when she hears the first sounds of Kelly stirring.  I groggily reach for the remote and turn the TV on and that pretty much is the beginning of another day in the life and times of the Bayfield Bunch. 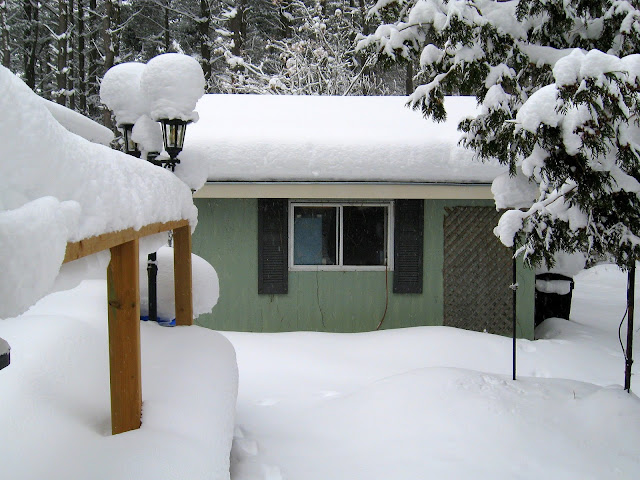 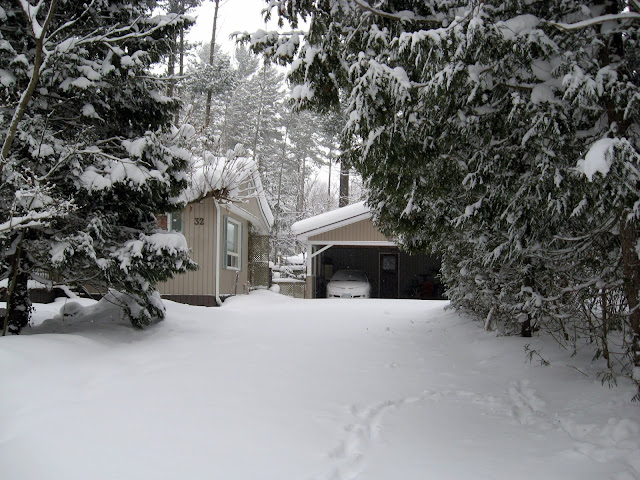 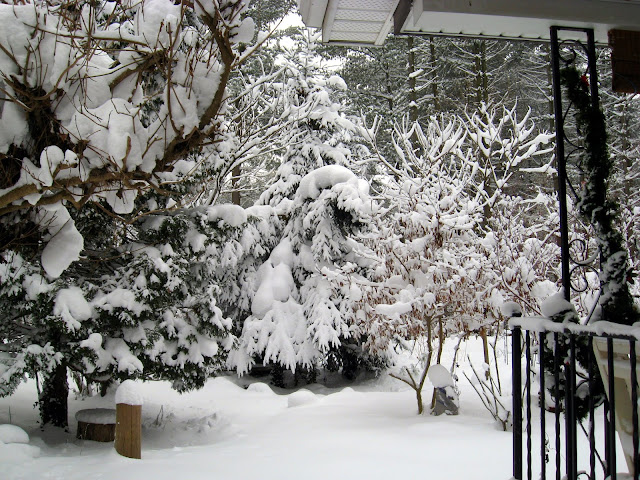 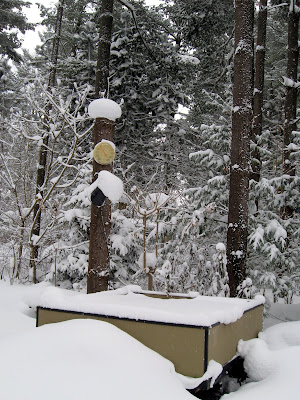 Gray skies brought us a brief light rain shower as Pheebs and I took a short drive in and around Bayfield.  Had us a bug free walk in the cemetery.  Because cemeteries as a rule keep their grass cut short there are fewer if any Mosquitos and by walking on the road one keeps their feet dry from overnight dew on the grass.  Of course the big plus is quietness and lack of people.  Always interesting to see the various forms of artwork engraved into many of the newer tombstones. 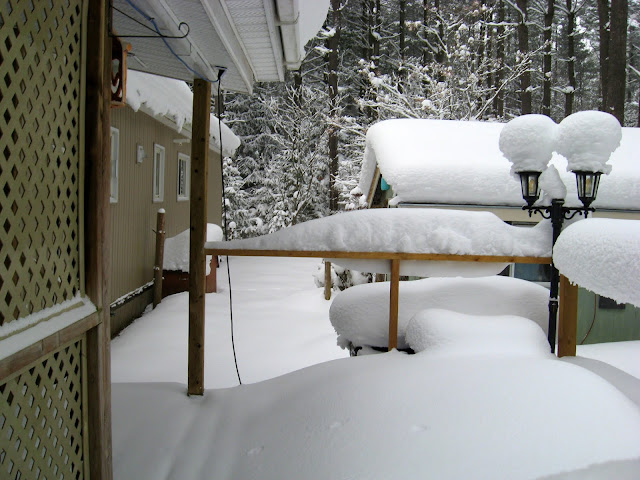 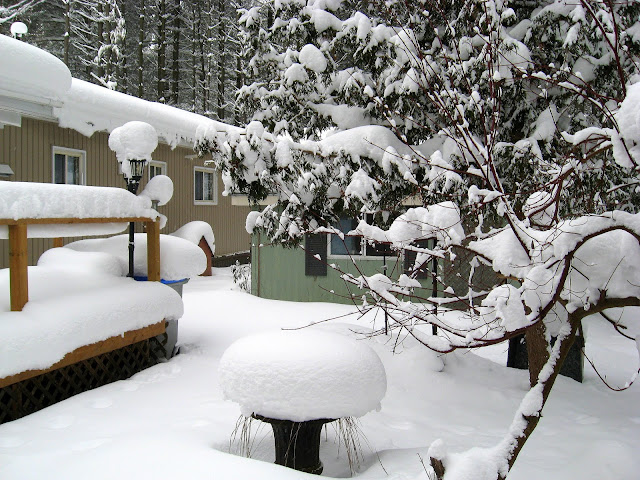 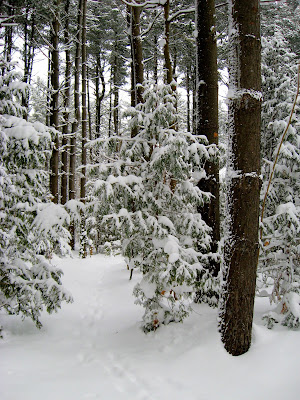 We kept our morning drive short and I kept an ear close to my flip phone in case it rang telling me someone from our Park's new owners had dropped around.  Someone was supposed to drop by this morning with the new lease agreement and field any questions we might have.  And yes we have questions such as 'will the Park remain a 55+ community??  Will the destruction of the Park's pine forest continue??  Which section of the Park will new units be going in??  What about the selling of one's place??  Will fencing be allowed?? 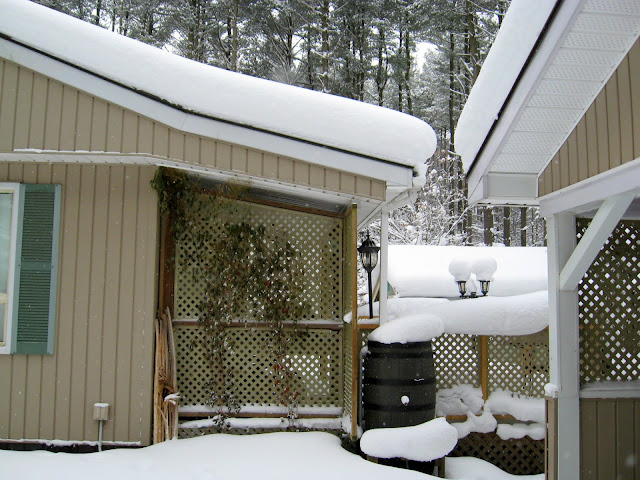 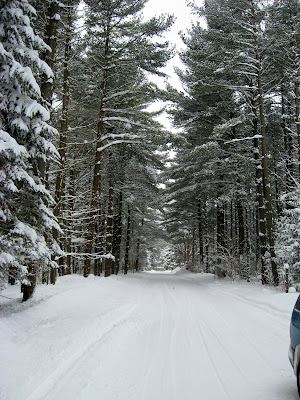 Other than deciding upon and clearing out a different small area for our utility trailer I didn't end up doing much of anything today.  A quiet afternoon on kind of a gloomy day.  Despite our waiting nobody from the new Park ownership ever did show up.  Today was the first day of our Park's new ownership take over so maybe everybody was busy.  Oh well we'll hang onto our questions anyway and see what happens. 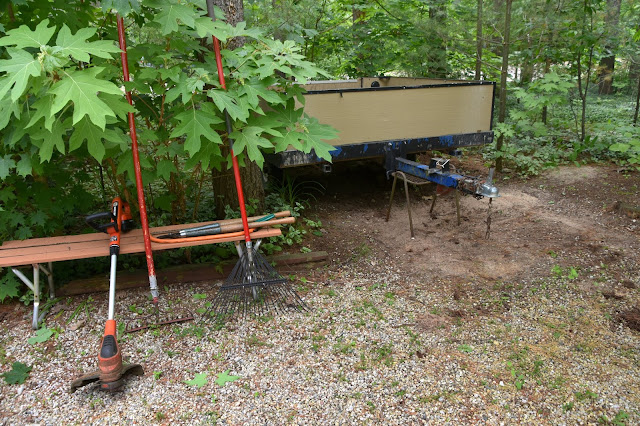 GROANER'S CORNER:((  How Many Christians  Does It Take to Change a Light Bulb?

- Charismatic: Only 1 - Hands are already in the air.
- Pentecostal: 10 - One to change the bulb, and nine to pray against the spirit of darkness.
- Presbyterians: None - Lights will go on and off at predestined times.
- Roman Catholic: None - Candles only. (Of guaranteed origin of course.)
- Baptists: At least 15 - One to change the light bulb, and three committees to approve the change and decide who brings the potato salad and fried chicken.
- Episcopalians: 3 - One to call the electrician, one to mix the drinks, and one to talk about how much better the old one was.
- Mormons: 5 - One man to change the bulb, and four wives to tell him how to do it.
- Unitarians: We choose not to make a statement either in favor of or against the need for a light bulb. However, if in your own journey you have found that light bulbs work for you, you are invited to write a poem or compose a modern dance about your light bulb for the next Sunday service, in which we will explore a number of light bulb traditions, including incandescent, fluorescent, 3-way, long-life and tinted, all of which are equally valid paths to luminescence.
- Methodists: Undetermined - Whether your light is bright, dull, or completely out, you are loved. You can be a light bulb, turnip bulb, or tulip bulb. Bring a bulb of your choice to the Sunday lighting service and a covered dish to pass.
- Nazarene: 6 - One woman to replace the bulb while five men review church lighting policy.
- Lutherans: None - Lutherans don't believe in change.
- Amish: What’s a light bulb?
-----------------------
My neighbor rang my doorbell at 3 am... can you believe it!?  Luckily I was still up playing my drums.
Posted by Al Bossence at 6/24/2019