It was 9:10 when all three of us in the Jeep rolled ourselves out of the driveway heading for London's University Hospital.  Our intermittent wipers lead the way under overcast drizzly skies.  Kelly had an appointment with her liver Doctor for 10:40.  After dropping her off at the hospital's main door Pheebs and I headed over to Masonville Mall where we put in some time and took ourselves for a week walk around a grassy treed area.  From there it was back to the hospital where we luckily found a parking spot and waited for the phone to ring.  It did and minutes later Kelly came out the front door.  Although this was a scheduled appointment for her it came at a good time because she hasn't been feeling the best lately.  She had made a list of symptoms she had been experiencing and how she's been feeling.  When the Doctor read the list he sent her right away for bloodwork.  He is also shortly setting up two unscheduled additional appointments with one being a liver biopsy and the other being an MRI.  The word Hepatitis was mentioned and she will be checked for that as well.  Also another scheduled appointment for August 1.  Her Doctor emphasized from now on anytime she is not feeling well she is to make an appointment to see him. 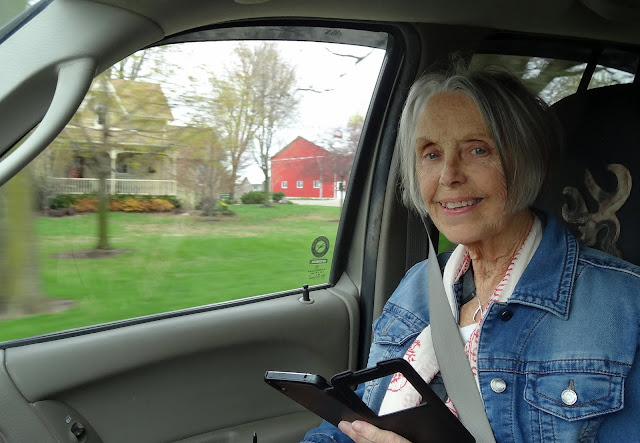 From London's University Hospital it was a quick stop at McDonalds for coffee before setting an eastern course for Cambridge Ontario 60 miles to the east.  Working our way through London's southeast end we made our way to Canada's infamous 401(same as an American Interstate) and joined the 6 lane stock car race about 12:20.  I was back in my old work place element from years ago with a four wheel vehicle and I thoroughly enjoyed smoothly slicing my way through traffic all the way to Cambridge.  What a huge difference driving a small peppy vehicle in heavy traffic as opposed to a big huge Motorhome towing a four wheeler behind.  I've driven RV's as far as California and back twice a year for thirteen years now and this morning was the first time it really sank in how stressful that can be.  This morning's 401 drive from London to Cambridge in our Jeep was actually quite relaxingly enjoyable for me and showed me how stressful driving a large RV in traffic can really be even if one maybe doesn't seem to think so at the time.

Okay, so what were doing in Cambridge??  Kelly had noticed a 2005 Class C 'Fleetwood Jamboree' RV in one of her 'RV's for Sale' sites.  Been a long time since we've even been in a Class C so we thought we would go have a look at it.  It was a nice clean, well maintained 25' foot rig with some nice options on it.  Ford 350 V-10.  No slides but had one of the nicest spacious washrooms we had ever seen in a rig that length.  The drawback for us was the unmoveable bench dinette set up.  The fresh water tank was located under one of the seats while the heater/water pump/ and a few other things were located under the other bench seat.
First thing we generally do with any RV is to get rid of the space wasting dinette (and couch if possible) and use that space for comfortable seating arrangements like a couple comfortable recliners which is always priority for us.  As a rule most if not all RV furniture we've encountered is anything but comfortable and in these Senior years of ours now 'COMFORT' has been moved up to the top of our list.  No more tents, no more tent trailers, and no more cheap RV furniture.  If we have learned anything over the years about RVing it has been that ya gotta have a comfortable place to rest your weary bones at the end of the day. 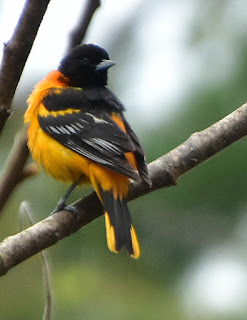 From Cambridge we made a beeline for home 85 miles to the west with a quick stop at McDonalds in New Hamburg for a vanilla cone and a chocolate Sundae to go.  It was sometime after 3 when we finally rolled back into our driveway and shut it down for the day.  According to the Jeep's odometer we had traveled 205 miles today.  It was nice for all three of us to get out, go somewhere, and do and see something different for a change.  I like days like that:)) 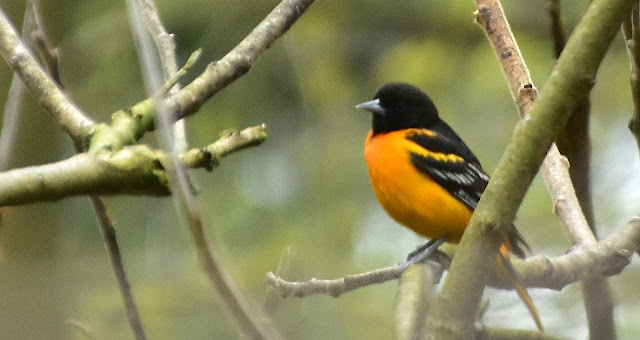